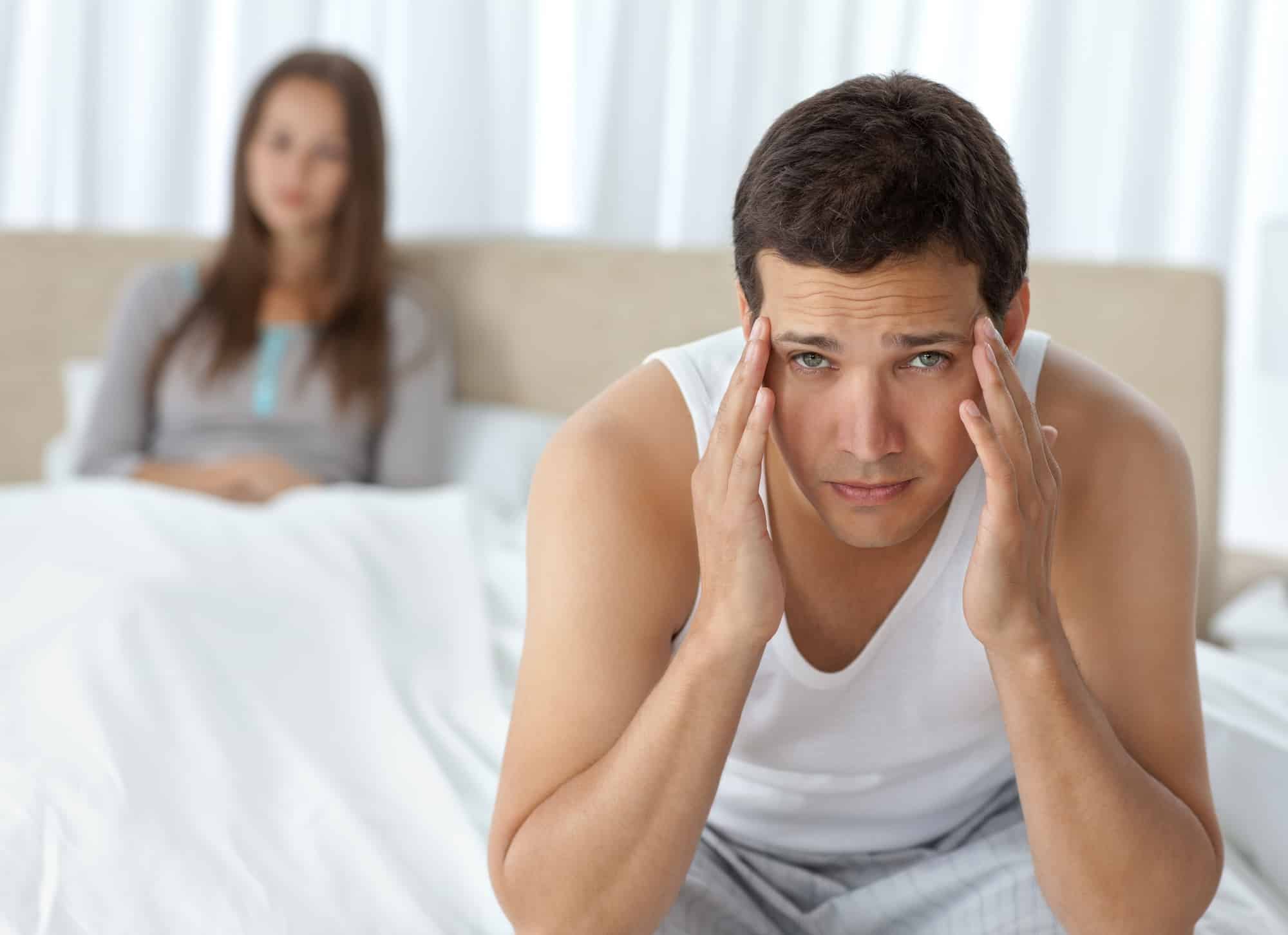 15+ Signs He Feels Guilty For Hurting You

Being dumped or hurt by your partner sucks. You can go through a mix of emotions, from anger, sorrow, even grief. But just because someone has hurt you doesn’t mean that they don’t feel guilty about what they’ve done.

Sometimes people act in the spur of the moment. They lash out at the person they love the most because they are hurting so much. Maybe your partner is depressed or angry about something that has nothing to do with you.

We can all be guilty of saying or doing things that we later regret. People aren’t perfect by any means. But there is a chance that he is sorry for what has happened and is now feeling guilty for hurting you.

So what are the signs that he feels guilty?

16 Signs He Feels Guilty For Hurting You

1. He Keeps Asking You If You're Alright

One of the most obvious signs that he feels guilty is if he constantly enquires about your wellbeing. If he didn’t care he certainly wouldn’t be bothered about how you are feeling.

He would simply move on and forget about the things he has done. By asking you how you feel he is trying to ascertain the situation. Have you forgiven him for his actions? Are you still angry with him? What does he have to do to make the situation better?

Another obvious sign is if he apologizes for his behavior. A sincere apology at the right time is a huge indicator that he feels guilty for hurting you. He may feel bad about what he has done and now he knows the only way to move forward and make you feel better is a heartfelt apology.

3. He Promises To Change His Behavior

When people are seriously concerned about the way they have hurt someone they will often make drastic changes to their behaviour. It might be little things, like working less hours to spend more time with the kids. Or it could be more serious, such as offering to go to rehab or getting counselling.

You will soon see if he is genuinely feeling guilty for hurting you because he will try to make things right in the relationship.

Sometimes we can feel so guilty about our actions that we really don’t know how to put things right. So instead of trying to deal with the situation we go quiet and don’t say anything.

It could be that he is thinking about his next move, or that he genuinely feels remorse for what he’s done or said. But if he is quieter than usual and not his usual self it could be a sign of a guilty conscience.

5. He Tries Making You Laugh All The Time

Guys that don’t like deep and meaningful conservations where they bear their emotions wide open will try laughter instead. He can see how upset you are and he just wants everything to get back to normal again.

He wants to see you happy and laughing so he will do anything he can to bring that back into your life. He’ll make silly jokes or act goofy in front of you. He’ll be self-deprecating and make fun of himself to cheer you up. Of course, you may feel that you don’t want to laugh right now.

6. He Is Defensive With You

Have you tried talking to him but he gets angry and defensive with you? We often attempt to shift the blame away from ourselves and onto someone else when we know we’ve done something wrong.

If he gets nasty and accusatory with you then you have obviously touched a sore point. That sore point is guilt.

7. He Agrees To Things That Were Off-Limits Before

That weekend you wanted to spend clearing out the garage but he never had the time? Now he has agreed to do it. The argument you had because you wanted your parents over for Thanksgiving? Now he says invite them.

The expensive tablet you wanted to buy for the kids that he said was not age-appropriate? He has gone out and purchased it for them. This is another way guys will show their guilt without coming out and actually admitting it.

8. He Tells You That You Deserve Better

A good way to alleviate any guilt we might be experiencing is to put the focus on the other person. We say stuff like ‘You deserve so much better’ or ‘You are too good for me’. This is total BS and we all know it.

This is a person that can’t face up to whatever he has done so he diverts the attention away from himself instead. He puts the burden on you because he has such low self-esteem.

9. He Finds Excuses To Talk To You

If he doesn’t feel like he can ask you outright if you are ok, he might start to check up on you in other ways. For example, he might text during the day just for a quick catch-up. Or he may call more than usual with some excuse like ‘what’s for dinner?’

Whatever the reason he will have an excuse why he needs to text or call. And every time he does he’ll be gauging your reaction and your emotions. This is a passive way of assuaging his guilt. He is not actually coming out and asking you how you feel, but he feels guilty about something.

On the other hand, he might feel so guilty that he cannot face you right now. He doesn’t know what to say to you so he stays away. Or he may be feeling so ashamed of his actions he cannot look you in the eye.

You might find that he doesn't answer his phone when you call or text. Or that he’s never available for a hook-up. Do you feel like he is deliberately avoiding you?

11. He Speaks Well Of You To Other People

Are you getting gossip back from friends and acquaintances that your ex is always talking about how great you are? Does he always speak highly of you whenever you come into the conversation? Does he take full responsibility for the break-up?

If he paints you in a good light and never says negative things about you it is definitely a sign that he feels guilty for hurting you.

12. He Won’t Take Responsibility For His Actions

Sometimes it is easier to blame everyone else rather than take responsibility for the hurtful thing we have done. He might say things like ‘I did my best’, ‘It wasn’t my fault’ or ‘She came on to me’.

Is he acting like he is the victim in all of this? You need to make him see that he is a grown man and should admit to hurting you.

Men prefer action rather than words. They will try and fix things, not by talking, but by doing something about the problem. Have you found that your man is suddenly getting around to all those DIY projects you’ve been asking him to do for months?

Does he run the vacuum around or take the trash out without you having to ask him? Has he cooked dinner for the two of you or emptied the dishwasher without you prompting him? If this is the case he is probably trying to give you signs he feels guilty for hurting you.

15. He Leaves Obvious Signs Of His Wrongdoing

Leaving obvious signs that you are cheating is a cowardly approach to guilt. If he is leaving around clues that he’s seeing someone else or that he has slept with another person you should take notice.

What he is doing in a passive way is getting you to bring the subject up because he can’t. He wants to get caught and get the guilt trip over but he doesn’t want to start the conversation. Do you feel like he is dropping hints or making it obvious?

16. He Refuses To Talk About The Problem

When we know in our hearts that we have done something wrong we cannot justify our actions. So the easiest way to deal with all these emotions is to shut the conversation down.

Feeling guilty is messy. Depending on what we have done, we can go through a range of emotions; from depression and anger to even blaming the victim. Sometimes it can be hard to know how to start processing all of this.

17. He Is Brutally Honest With You

There are some guys that try to get the hurt they have created over quickly by confessing to everything in one go. It’s a little like ripping the Band-Aid off. Not only will they fess up to what they’ve done but they might go into unnecessary detail.

Make no mistake, they are not doing it to hurt you even more. They just want the situation dealt with and over with as soon as possible. They feel guilty for hurting you but inside they can’t deal with it emotionally.

How do you know when a guy feels bad for hurting you?

He may avoid you or refuse to discuss the problem. He may try and play the victim and accuse you of something. Or he may go out of his way to be nice to you. He might buy you presents or be more attentive to you.

What are the signs of a guilty person?

They won’t look you in the eye when you confront them. They may be quiet around you or try to avoid you or the topic in question. They might even be overly nice to you and try to get into your good books.

Guys are just like us, they just don’t show their emotions as freely as we do. So yes, of course, guys feel hurt after the end of a relationship. You can tell if he feels hurt because he will make contact after the breakup to see how you are.

How do you tell if a guy regrets rejecting you?

He will talk about you a lot to his friends and family. He will take responsibility for rejecting you. He will sing your praises to whoever will listen to him. He may start tagging you on social media with pictures of you as a couple.

How do you know if he's really sorry?

He will openly and honestly offer you his sincere apology for what he has done. He will change his behavior to show you that he is a different person. He will do his best to rebuild trust.

Guys can show you that they feel guilty for hurting you in a number of different ways. Of course, it’s up to you whether you forgive them or not.

What Is Pocketing? 5+ Obvious Signs And What To Do About It

How To Stop Obsessing Over Someone (17 Helpful Ways)

Retroactive Jealousy: What It Is And How To Deal With It (5+ Wise Ways)

What He Thinks When You Ignore Him (19 Surprising Things)