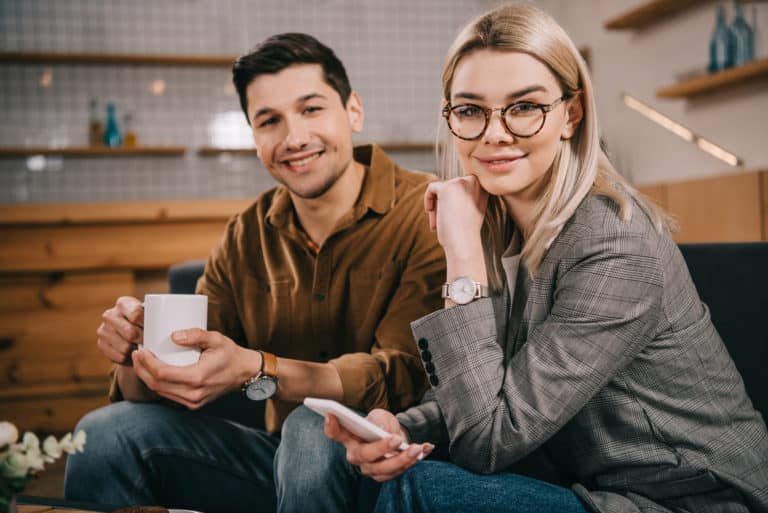 Looking at a person’s star sign can be a good indicator as to whether you will get on with them or not. Balancing up two people’s star signs can therefore be really helpful when seeing whether they are compatible with a romantic relationship to be a long-lasting or loving one.

Below are some of the good qualities of an Aquarius man or a Libra woman. If these are the stronger traits in their personality, they are likely to have a good chance of having a very happy, long-lasting, and loving relationship.

One of the biggest plus points to this pairing is the fact that an Aquarius man is a very kind individual. This kindness is a hugely attractive trait to a Libra woman who is also usually a very kind person as well. The result is that a common kindness in these two individuals makes their approach to life similar. Having a similar approach to their lives means that they see eye to eye over any issues that other couples may struggle with.

Another big plus to this pairing is the fact that the Aquarius man is amongst the most tolerant signs of the zodiac. The Aquarius woman finds this very attractive as she likes how he is calm in many situations which appeal to some of the softer sides of her own character. It also puts the pairing in a good position given that an Aquarius man’s tolerance makes him a very patient person on the whole. This can mean that arguments don’t get bigger than they need to be shared this couple ever have a disagreement

Amongst the reasons that a Libra woman is so attracted to an Aquarius man is due to his high level of intelligence. She is drawn to this personality trait down to her own want of improving her knowledge, but also she simply finds his own thirst for knowledge a big draw. It means that he is constantly looking to improve himself and his understanding of others and their culture.

The Libra woman is often the most balanced of all the zodiac signs. Again, this is extremely advantageous to this pairing of people as it means that she can often see things from her Aquarius man’s point of view. While she might not necessarily agree with everything that he says, she at least can respect his opinion given that she can see where he is coming from. This helps when these two do end up having any form of disagreement.

An Aquarius man is usually a very charismatic person. He, therefore, finds the naturally friendly nature of a Libra woman a very attractive trait in a partner. Plus her friendly ways are drawn to his charismatic personality. Being both friendly and charismatic makes them both naturally quite sociable beings say they have similar wants a lot of the time when out.

While an Aquarius man Libra woman dynamic is often seen as a good match thanks to both being air signs, that doesn’t mean that there will be no difficulties between the two. Both signs have some flaws that can be a source for arguments which the pair will have to work through as best they can if they want to resolve their problems so they don’t cause bigger issues in the future.

The Aquarius man’s tendency to be a detached person who is happy in his own company can cause difficulties for this pairing. The friendly ways of a Libra woman can actually find this independence and detachment quite cold which she finds hard to contend with. She won’t always understand an Aquarius man’s ability to be on his own and as a result, despite her ability to see things so often from two sides, she will take it too personally.

Despite being so charming, an Aquarius man can also be a very temperamental person. This is something that will often rub a Libra woman up the wrong way, given her balanced nature. She will not know how to deal with his sometimes hot and cold ways as she is such a fair individual. She is also very loyal so she will find his ability to be very attentive one minute and then his ability to ignore her the next, very tough to come up against.

An Aquarius man is a very stubborn person. It is amongst the reasons that he blows so hot and cold - he simply can’t see any wrong in his actions. He will stick to his guns no matter what, which is what can inevitably annoy and upset his Libra partner. Given that she is usually very diplomatic and happy to see things from another’s point of view, she will struggle with his insistence that he is right at all times.

Something that an Aquarius man will struggle within a relationship with a Libra woman is how sensitive she can be. Even though he is a very kind and tolerant person, he won’t understand why she can be so easily hurt on occasion. He will try to cope with this by trying not to upset her, but he can sometimes find that this makes him anxious and put him on edge. Plus, when someone is very sensitive, it can mean that unnecessary arguments happen which can help breed bad blood within a couple.

Of all the traits that an Aquarius man will struggle with within his Libra partner, her indecisiveness is perhaps the flaw he will dislike the most. While he too can be a little indecisive thanks to his eccentric, radical, and sometimes unpredictable ways, he does like confidence in one’s actions a big attraction. This is not often seen in a Libra woman who is most likely to be plagued by indecision her whole life - thanks to being able to see things from so many points of view.

Compatibility Of Libra And Aquarius

Ultimately, this pairing is often seen as a dynamic that stands a good chance of being a successful partnership. This is down to many of the qualities that each sign as being complementary to each other. However, that is not to say that it will always be smooth sailing. If the individuals involved are not able to cope with some strong flaws in their characters, the partnership may be beset with issues.

This in itself does not mean that this pairing cannot be happy, however. If both people are willing to talk through the problems that their flaws can create, then they can still have a long-lasting relationship where both of them are largely very happy and content.

An Aquarius man likes so much in a Libra woman as they are a highly compatible pairing. They like a Libra woman’s calm and easy-going approach to life. Additionally, they like how a Libra woman is very balanced so that they can see two sides to every argument.

Are Aquarius and Libra a good match?

Aquarius men and Libra women are generally thought of as a good match in astrology circles. They are both air signs which helps further their compatibility as many of their traits suit each other. They tend to bring out the best in one another and bring out their good qualities.

Why is Aquarius attracted to Libra?

Aquarius men tend to be attracted to a Libra woman. This is down to many different reasons. Superficially, Libra women are usually a very pretty sign of the zodiac. On a deeper level, a relationship between these two signs is often helped to an attraction of similar personality traits.

Can Aquarius and Libra get married?

An Aquarius man and a Libra woman can definitely be two people that get married and remain very happy. They can fall in love quite quickly thanks to many characteristics that compliment each other.

Are Libra and Aquarius soulmates?

A Libra woman and an Aquarius man are highly compatible in any relationship. They can be one of the pairings that many people would regard as soulmates which are down to how well their two personalities match up.

Without a doubt, when this pairing gets together it stands a good chance of surviving the test of time. This is down to so many of their good qualities complementing each other, while also diminishing the flaws in their personalities too. For example, the Aquarius man’s kind and tolerant nature will often be able to cope with a Libran’s indecision, if the Aquarius’s tolerance is amongst his stronger points.

However, the best thing that this pairing can do or each other is to talk through issues as and when they occur. By sweeping problems under a rug and not dealing with them, they only become bigger in the future. Therefore, if this couple is serious about going the distance, they need to learn to communicate with each other when problems arise between them.