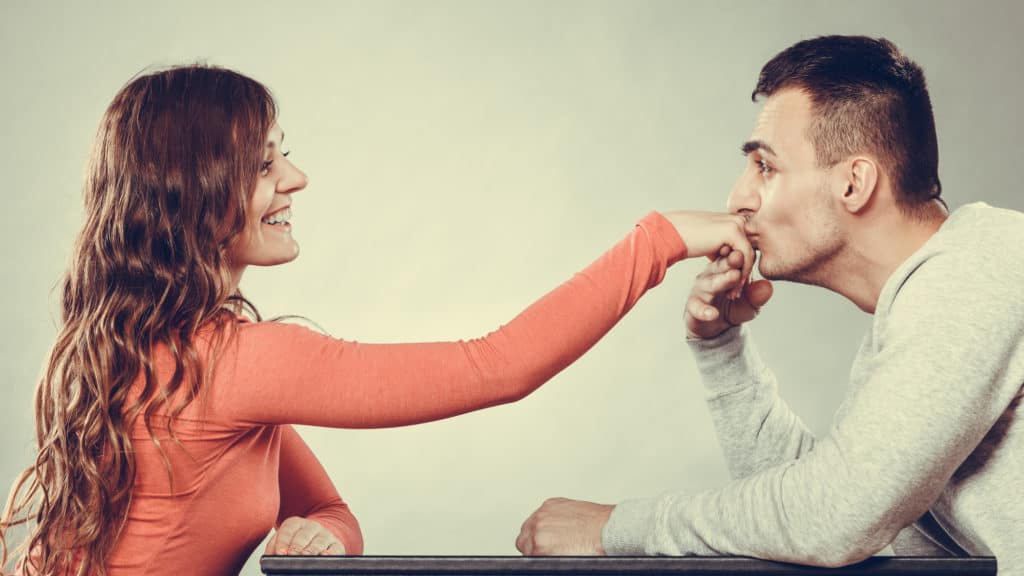 The role of a man in a relationship has been questioned over the years, especially with feminism on the rise. However, many will argue that every team requires a leader, someone who has the final say, and that doesn’t necessarily make women less important. In any relationship, both parties have to put in the work to make it successful.

But you may be wondering, are gender roles important? Do men and women have to assume certain roles for the relationship to run smoothly? Well, one thing is certain, if two people are driving a car, it won’t help their journey. Many women feel pushed to the backseat with this kind of sayings, however, that’s not what’s intended.

If men are in the driver's seat, women assume the supporting role which is just as important by giving advice, reminding the driver of safety rules, and even ensuring he doesn’t sleep off on the job. So, if you have a bothering question about the role of a man in a relationship, here are 11 things men must do to ensure everything runs smoothly in the home.

11 Roles Men Must Assume In Relationships

1. He should be responsible

Here’s the truth; some men have no idea about their roles in a relationship, they just enjoy dating many women, and having someone else take care of them. Ask yourself this question, how many women do we see teaching their sons how to be the perfect boyfriend and husband? Not many, the focus is mainly on women and teaching them their role as a wife.

Of course, this means a lot of men grow up being very irresponsible in relationships. They are either dating for fun or being a dead-beat partner. Even though this is a generalization, (there are many amazing men out there) the fact remains a lot of men know little about being in a healthy relationship.

A real man would first invest in himself, mentally, academically and career/business-wise, to ensure he has enough to cater for or love another person.

2. He should work hard

As a girlfriend or maybe even a wife, you certainly want the man you’re dating to have a good work ethic. Some people actually think that if a man is committed and responsible when it comes to his job, that same positive attitude would reflect in other areas of his life.

That means no matter what happens, he’d work hard to ensure he plays his roles in the relationship, and also ensure the well-being of his woman and family at large.

3. He should be a provider

Even though this may sound like a page from an archaic gender roles book, it’s still valid and important. A man should be able to provide in a relationship. That doesn’t rule out the role of the woman to be supportive. A lady should meet a guy at the point in his life where he already has something to his name, or he’s making adequate plans to.

So it’s not old-fashioned to think that a man should be ‘comfortable’ enough to take care of someone else. People’s thoughts on this point have just changed to encourage women to get their own money too. So, the man is seen as a ‘failure’ if it’s his wife or girlfriend tending to his every need over time, while he does nothing about it.

4. He should respect her

Now, people have this notion that the man is the head of the family, so everyone has to be respectful to him. That’s untrue. Once there’s a dominant alpha in the relationship, there’s no way love, unity, compassion, and intimacy will flow freely. Both parties need to feel respected and loved, it’s not one gender’s role.

Plus, respect is reciprocal. There’s no way you’ll be respectful to women that they won't give some right back. Except the lady is naturally disrespectful, she’ll certainly not try to be rude, dismissive, or uncouth to her partner.

5. He should love her

Every relationship needs love, but most men have attributed that role to women. Now, if women do everything, what will the men do, right? Men shouldn’t try to be these extra-macho guys who are uncaring, unfeeling, and hard. It should be a note to self, “it’s okay to show compassion, it doesn’t make me any less of a man”.

Those feelings that men hold back could be the reason a relationship sinks to the bottom. So, while everyone expects men to be hardcore and unfeeling, it’s certainly very important for him to love his partner soulfully, persistently, and whole-heartedly.

6. He should commit fully

We can blame this on the gender roles that had been assigned centuries ago, where the man got away with infidelity while the women suffered the brunt. Most men still think like that today; they feel it’s a male thing to cheat, and it would be unusual not to date multiple women at once. Well,

I guess that’s the difference between a boy and a man, one intellectually thinks with his head while the other (regardless of age) still let’s his ‘ding-dong’ and myopic thinking control his actions. No matter what, both parties are supposed to remain committed to each other, and be the best partners they can be until that relationship ends.

A man who thinks that he can’t commit to one woman isn’t worthy of anyone, he’s still a boy and will remain so until he grows up in his mind.

7. He should support you

Why are you a couple if you can’t support each other? The relationship won’t work if one person thinks it’s okay if the other support his life-goals, but keeps pouring cold water on hers. If you're going to commit to a man for the rest of your life, then ensure that he’s supportive of your dreams too.

I’ve heard too many stories of women giving up their dreams and ambitions because of a short-sighted man who won’t see beyond his shoulders. Ask yourself this, how many men forgo their ambitions because of their girlfriends or wives? Not many, right? So don’t enter into a relationship where support isn’t given both ways.

8. He should be a good lover

Now, we won’t pretend that sex isn’t an important part of any relationship, most men won’t even stay in a marriage where good sex is off the table. So, this is an important role that shouldn’t be taken for granted by both genders. As long as there are no medical conditions limiting his performance, a man should be able to satisfy his wife sexually.

Rather than going outside to ‘get it’, he should be devoted to finding new ways to get and give pleasure to his spouse so the union can last. No partner should deny their spouse sex unless they are not mentally or physically incapable of doing so at the time.

9. He should add value to your life

This is another role many take for granted. Let’s examine this properly. If you’ve been in an establishment for years, but can’t really say how much value it has added to your life, isn’t that a pure waste of your time? The same rule applies in relationships, both couples should be able to impact or add to the other in the best way they can.

The value doesn’t always have to be monetary, most times, the best things in life are those valuable lessons we learn, whether it’s a character flaw that’s corrected or a unique view that helps us shoulder on. So, if you can’t point at something your spouse or boyfriend has added to your life since the relationship started, that’s a serious matter on its own.

10. He should protect you physically and emotionally

Most guys just take care of the financial part; you know, providing a home, paying the bills, and giving other luxury benefits like the latest phone or car (if he’s boxed up). However, the needs of a woman surpass those material luxuries. A lady should feel protected when her man is around, he should be her defense.

He shouldn’t be afraid to throw a punch for her once in a while, but if he’s going to lose, it’s certainly better he uses more ‘diplomatic skills’. There should also be that assurance that he will never abuse her physically or verbally, ever.

11. He should be able to make tough decisions

As the head of the household, there will be times when the man has to make decisions way more complicated than he’s used to. And at those uncertain times, he’ll have to think on his feet and make a decision that won’t affect the relationship too much. With support from his woman, a lot of courage, intelligence and tact would be needed at such points in his life.

What is the woman's role in a relationship?

As much as both parties are supposed to be team players, both of them need to do their part in the home. For women, we are much better at nurturing and managing things than men are. So while ladies are certainly allowed to empower themselves, it’s important that they still take care of the responsibilities at home like planning, budgeting, cooking, and taking care of the kids, especially if their partner doesn’t do a good job in those areas.

What is the role of a man?

The man is known to be the head of the house, he is supposed to take care of his family financially and protect them in other areas as well. That includes making sound financial decisions and leading the family in the right direction as well. His responsibilities extend beyond just providing for the needs in the household, but men need to make their entire family feel secure and protected as well.

What makes a man stay in a relationship?

When a man feels loved, respected, and cherished, he will certainly want to stay in such an environment. However, men are different and so are relationships, in many cases, women could be doing everything right and their husbands still won’t appreciate the effort.

A man would easily fall in love with someone that makes him feel like the alpha male he thinks he is. He would also look out for women who would be respectful, loving, and caring. But sometimes, a man looks out for a woman’s personality and could fall in love with her even though she’s the opposite of what he needs.

How a girl should behave in a relationship?

Although it’s hard to be on your best behavior all the time, it’s important to be respectful, to yourselves and other people. The lady should also be supportive of her husband through the rough and good times, and take care of him (and the kids) when required.

Was this article helpful? I sure hope it was. Feel free to tag your male friends, boyfriend, or spouse. We need more guys assuming their roles and acting like the men we know they can be. If you have any opinions on the topic, please comment in the section below, I’d love to read them too. 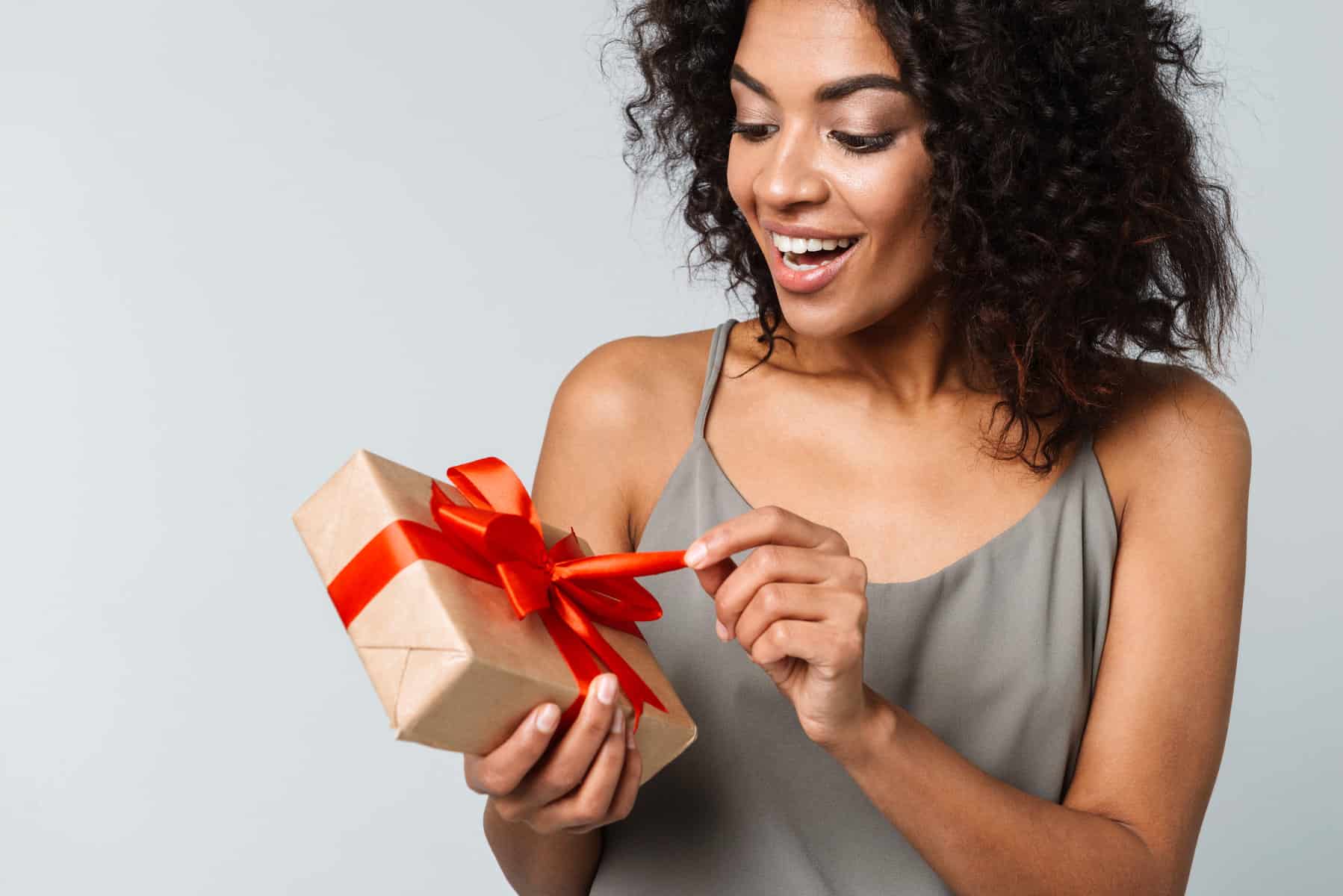