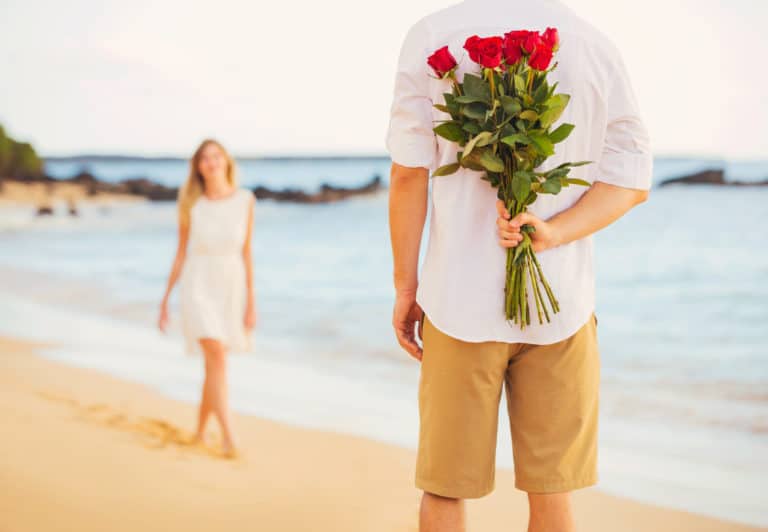 Aquarius men are not the types to settle down into a romantic relationship. In fact, of all the signs in the Zodiac, these guys are perfectly happy on their own. So if you want an Aquarius man to chase you then you have to stand out from the crowd.

It helps to understand your typical Aquarius man a little more when it comes to knowing exactly what attracts them.

Aquarius guys are not like other male star signs. They are not as sexually motivated as Aries for example. Nor are they as family-orientated as Cancer.

Getting To Know An Aquarius

Air signs live in their heads. They have inquisitive and questioning minds. They love collecting new ideas and theories and are always open to the latest innovations. They value freedom and don’t like to be tied down.

The Water Bearer symbolizes the acquiring and giving of great wisdom. As such, those born under this sign are forever learning but also impelled to pass this learning on.

Uranus dictates a change of an abrupt and startling nature. This is the planet of radical new ideas, the planet that turns old theories on their heads. Uranus leads the future, it is progressive and leads advances in science, technology, and innovation.

How To Get Him To Chase You

1. Stand Out From The Crowd

There has to be something different about you for a Aquarius man to look up from his book or take his earbuds out for one second. And it probably won’t be your sizzling body or perfectly applied lip gloss to those plumped up lips.

He’ll pry himself away for the woman that’s debating politics with her local MP and winning the debate. He’ll take his headphones off so he can hear the girl on the bus laughing with her mates because she looks so cute.

He’ll stop to chat with the lady while he’s out jogging because he loves the way she talks to her dogs when she walks them.

I know, it’s not what you wanted to hear. You wanted me to give you tips on how to adapt or change your appearance or behavior. You thought this would attract an Aquarius man.

The truth is that Aquarius males are attracted to authenticity. These guys have integrity. Nothing will put them off more than fake boobs, short skirts, too much makeup, or someone feigning interest in them.

What this man wants, however, is to see you enjoying your life with your friends. Laughing out loud at silly jokes. Wearing what you want to wear. Dyeing your hair bright colors. In other words, being yourself.

Aquarius guys are probably the most independent guys of the whole Zodiac. They are the eternal bachelors. That’s not to say they’ll never settle down, they can, it just has to be with the right woman.

That being said, they have Spiderman senses and can detect desperation and a clingy girl miles away. This man has to have his freedom, even in a relationship. So don’t bombard him with phone calls or text messages. And certainly don’t be available all the time. Let him know you have your own life.

4. Show Your Quirky Side

Aquarius males are eccentrics themselves. As such, they are attracted to the unique, the weird, and the wonderful. They won’t evennotice the bland and ordinary. They’ll walk right past Miss Everyday but they’ll definitely double-take someone who is unconventional or unique.

Remember, don’t change who you are, but do show him your quirky side. This can be in the form of your humor, your passions, your studies, or even your pets.

One guaranteed way to get an Aquarius man to chase you is to surprise him. These guys have a very low boredom threshold. Their attention span is that of a toddler. They don’t tend to get emotional or sentimental. But they love being spontaneous.

So if you think his attention is waning then make sure you mix up his routine. These guys hate to stick to a schedule. So throw in the odd surprise now and then will definitely get him to chase you.

Aquarians are on an eternal quest for knowledge. It’s a fact. So the more you can intrigue his natural curiosity the better. Aquarius men are not really like other men in the Zodiac. They are turned on by the mind, not by the body or emotions.

So give him challenges that will mentally stimulate him. Share your thoughts and ideas and passions. Turn on his mind and he’ll connect with you on a much deeper level than the physical one.

No man likes to get everything on a plate on the first date, and I’m not just talking about sex. Men like to chase women, as old-fashioned as it sounds, it’s the truth. But Aquarius guys, in particular, are curious and more to the point, very easily bored. They’ll end a relationship quickly if they get bored.

They like to uncover details about a woman, a little like clues, which build up a picture. In fact, if you think of every Aquarius man as Sherlock Holmes and yourself as the mystery to be solved then you’ll definitely get an Aquarius man to chase you.

When it comes to Aquarius guys, you could say that their heads rule their hearts, not the other way round. This means that they are logical and rational. They are not what you would call emotional when it comes to a relationship.

As a result, they will not understand tears or dramatic walkouts. So, if you really want to know how to get an Aquarius man to chase you, never turn on the waterworks.

Instead, talk to them in a calm and reasonable manner without being overly emotive. Aquarius males don’t like overly public displays of any kind of affection, so they’ll appreciate this kind of rational thinking from you.

Shrinking violets need not apply for this man’s affections. He probably wouldn’t notice you anyway. Aquarius men are blown away by confident women. They are like moths to a flame. They can’t help themselves.

Whether it’s your outlandish dress sense, your funky hair color, or your opinions on global warming. Whether it’s the way you shake your booty on the dance floor or how you hold your friend’s attention when you crack a joke.

Be the confident woman you know you are. Shine the light on yourself and Aquarius man will notice you.

Aquarius guys may live in their heads but this doesn’t mean that they are airheads who are not grounded in reality. These guys are honest and trustworthy. They will judge you by your actions and not just your words. Things like loyalty and responsibility matter to them.

So if you have made a date to go out with the girls your Aquarius man would not expect you to blow them off for a date with him. Likewise, if you’ve promised to visit the family over the weekend he’d expect you to fulfill that promise. Show him that you are reliable and honorable.

Aquarius guys are pretty laid back males who are more interested in their freedom than settling down. But occasionally someone will catch their eye and their interest is piqued. This person, however, has to be quite unique to catch their attention. They love intelligence, someone who is unconventional, independent, and confident.

How do you know if an Aquarius man is serious about you?

He will engage with you on an intellectual level, not an emotional one. Aquarius men will try and connect with you mentally, not physically at first. These guys are thinkers and live inside their heads. So they’ll want to spend time talking with you and getting to know you for longer than most men.

How do I get my Aquarius man's attention back?

How did you attract his attention in the first place? Perhaps you’ve stopped being that person he was drawn to. What you should never do is be clingy and cramp his style. It is better to back off and give him some space. Let him have the chance to miss you, then he’ll naturally come back.

These guys don’t tend to play mind games with their lovers. They are straight-talking honest guys. When they like someone they’ll want to know all about them. Once they are confident that you like them back they’ll buy their girlfriends presents and show their affection in that way.

How do you make an Aquarius miss you?

You give them their space and let them come to you when they are ready. Aquarians, don’t like feeling as if they are being smothered. They value their freedom. If you show them that you are independent and have your own life without them, this is the most important thing you can do to make them miss you.