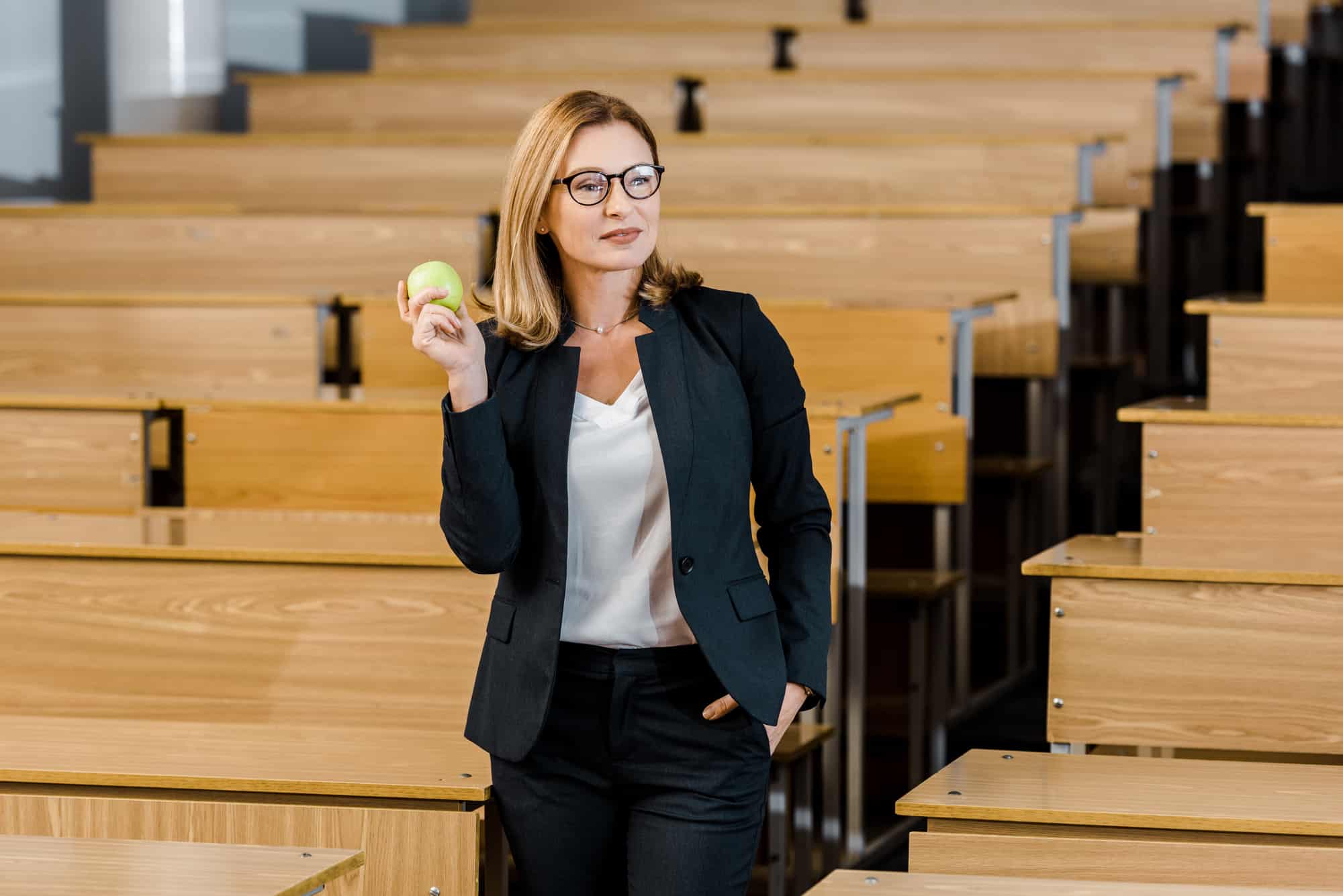 I remember going through my Twitter timeline once when I saw a riveting tweet from a girl who wears glasses telling men to stop sexualizing ladies who wear glasses. It was hilarious at first. But then, when I thought about it. What is it about ladies who put on glasses? Do guys like girls with glasses? Why is this so?

Some ladies indeed wear glasses all the time because they have to see. Others, however, wear it to read or when using their computer. Others yet put it on for the fun of it. Of course, they put it on without lenses, as compared to those who wear it to see.

Some also love glasses because it is a fashion accessory. Others also, in their attempt to see, have discarded glasses on the whole and wear contact lenses.

For whatever reason a lady may decide to wear glasses, it seems it has the effect of turning some guys' heads. Sometimes, in the movies, when a girl exchanges the glasses for contact lenses, the guy always seems to prefer her glasses. So, why do some guys like girls with glasses? I believe I have answered this question in the subsequent paragraphs. Read on.

Some guys like girls with glasses because they look intelligent. Believe it or not, some men do have a librarian fantasy. And when they see girls who wear glasses, they are turned on. No doubt, most girls look intelligent and smart when they have on their glasses. Most men find intelligence attractive in a girl. And if she looks the part, well perhaps she is.

We can even look at this argument from an artistic perspective. "Art mirrors life", it is said. So we usually see in movies, the girl who wears glasses, in most cases, is the intelligent one.

Some instances include Velma Dinkley in Scooby-Doo and Amy Fowler in The Big Bang Theory. These girls in each movie turn out to be that intelligent girl. And the distinguishing feature with them both was that they were wearing glasses.

Using this analogy then, it is safe to say girls with glasses are intelligent. Though this 'rule' does not necessarily cut across to every girl who wears glasses.

Girls who put on glasses have a certain air of mystique around them. Take, for instance, Anne Hathaway in Princess Diaries. She was that nerd always with her glasses on, until she had that transformation. Such girls are secure in their nerd appearance. This is because it doesn't take much for them to change their choice of clothing without looking like they had a major facelift.

The ability for such girls to look different by trying different frames is just mysterious. This is because today she may look like a total nerd with those reading glasses. The next time, she has those cute professor glasses, which make her look like a hot librarian. Then, perhaps, next time, she may decide to go without them.

Although a very intelligent girl, she is bound to look different all the time—including sexy.

Men love mystique. It is like it gives them something different to wonder about so they are attracted to it.

Some people believe that a woman wearing glasses is more feminine. Men are attracted to feminine women. You could say it is the eye equivalent of a curvy woman. She is bound to get more attention from guys because she looks more feminine than a woman who is not very curvy.

There is just something unique about the feminine quality that men cannot help but be attracted to. It is therefore no surprise that because a lady has the right frames on, she is bound to look attractive to a guy who loves ladies with their glasses on.

Sometimes, it is difficult to know a person's personality from afar. Other times, because of certain physical qualities, it is easy to assume the character of someone. You can tell if someone is usually the life of the party if they are a fashion guru or just a nerd. For girls with glasses, they tend to choose frames that match their personalities. This is cute though.

Obviously, choosing the wrong frame for your face can make you look ugly. But at the end of the day, every lady is concerned about her looks. It is something natural. And as much as a girl would want to choose the right frame for her face, she would also want to choose one that speaks of her individuality.

So whether colorful, loud, cute, smart, there is always a frame to suit her individuality. It is, therefore, easy to know if a girl loves getting attention or not just by looking at her glasses. And that (depending on the guy's preference) is hot.

Thus, she will always have a pair available— be it photochromic glasses, sunglasses, dark shades, reading glasses, etc.

With all these, she is likely to turn the heads of guys because she looks trendy. And if she is achieving that flawlessly, men who find glasses on ladies a turn on would pursue her. Again, if she happens to pass off as the naughty professor with her glasses, no man will ignore this hot "professor".

In their attempt to see, some women accept that glasses will be a part of their life forever. At this point, a girl who wears glasses knows that she just has to embrace herself for who she is. And when she does, her confidence oozes out.

Men find confidence in a lady to be very hot. It is like a perfume scent that fades off. Thus, a girl who wears glasses and is not insecure is attractive.

Eyes, they say, are the windows to the soul. And as shown in the movies, if you know whether someone has feelings for you, look straight into their eyes. I have come to realize that most girls who wear glasses have some of the most beautiful eyes I have ever seen.

I don't go about looking into the eyes of girls who put on glasses but let me make this more practical so that you understand.

A woman wearing glasses has her eyes protected usually from physical elements such as the sand during windy or sunny days, etc. So, using this line of thought, the extent of damage to the eyes of someone who doesn’t wear glasses is likely to be more. Facial features are one of the physical characteristics of a girl that most men are attracted to.

What usually stands out on the face is the eyes. And men can be crazy about a girl's eyes, especially if the sclera is very white— which makes the color of the iris stand out. It is relatively lovely.

Men love the idea of vulnerability in a woman. This is because it makes them look manly, strong and sometimes, needed. A woman who does not fit in a guy's idea of vulnerability would be seen to be too manly. Thankfully, it is the 21st century and things are looking bright. Let us admit it. A girl wearing glasses is vulnerable.

Once her vulnerability is in line with what a man's idea of vulnerability should be like. Such men would start to pursue her. This is because, for some reason, they find her hot.

A girl wearing a pair of glasses, despite the erudite look, has an innocent disposition. The thing about innocence in a woman is that it unconsciously makes a woman more beautiful, which makes the guy want to protect her. It also increases a woman's sex appeal.

A girl who wears glasses can stand out in a crowd. Men love it when their women put on a fashion item that makes them unique. It is more of a "You can see but you cannot touch" situation. This makes her easy to identify. A woman who stands out because of what she wore when a guy was first approaching her is something different. But it is common news.

Something is inviting about how a girl dramatically removes her glasses when angry. Sometimes, when they are angry and need to remove their glasses to express their anger, it is so cute how it is done.

Other times, when they want to prove to be that sexy woman in glasses, there is a signature pose they use. This is where they take off the glasses and stick one end of the frames into their mouth. It is just hot watching that. I mean, which guy would ever get tired of that?

In an article authored by Mary Harris, she discovered during her research that men considered ladies who put on glasses to be more attractive and sexier than women who do not wear glasses. According to her research, such women were seen to be more feminine too.

A street survey discovered that women viewed guys who wear glasses to be 75% hotter than guys who do not put them on. This proves the point that glasses make guys look more attractive.

What do guys find most attractive about a girl?

The answer to this question depends on several things. Some guys are mostly attracted to individualistic traits such as a sense of humor, the ability to hold a conversation, etc. Others are attracted to the physical features of ladies. So, it could be the way she smiles, her body shape, her eyes, her waist, etc. Other guys are moved by values. So it could be how kind and caring the lady is.

Of course, men like short girls. Men are attracted to their smallish and petite figure because it makes them look taller, stronger, and masculine. Men not only love that alpha male feeling, but they also love to look at it too.

Yes, they do. This is, however, based on their personal preference. Most tall guys who like tall girls do so because they are tall as well.

In summary, women in glasses matter too. Wearing glasses does not make you ugly. Rather with the right frame for your face, it makes you more attractive. Also, the above reasons have answered the question of ‘Do guys like girls with glasses?’

I hope you liked this article. Let me know what you think. And please, do not forget to share this piece around.