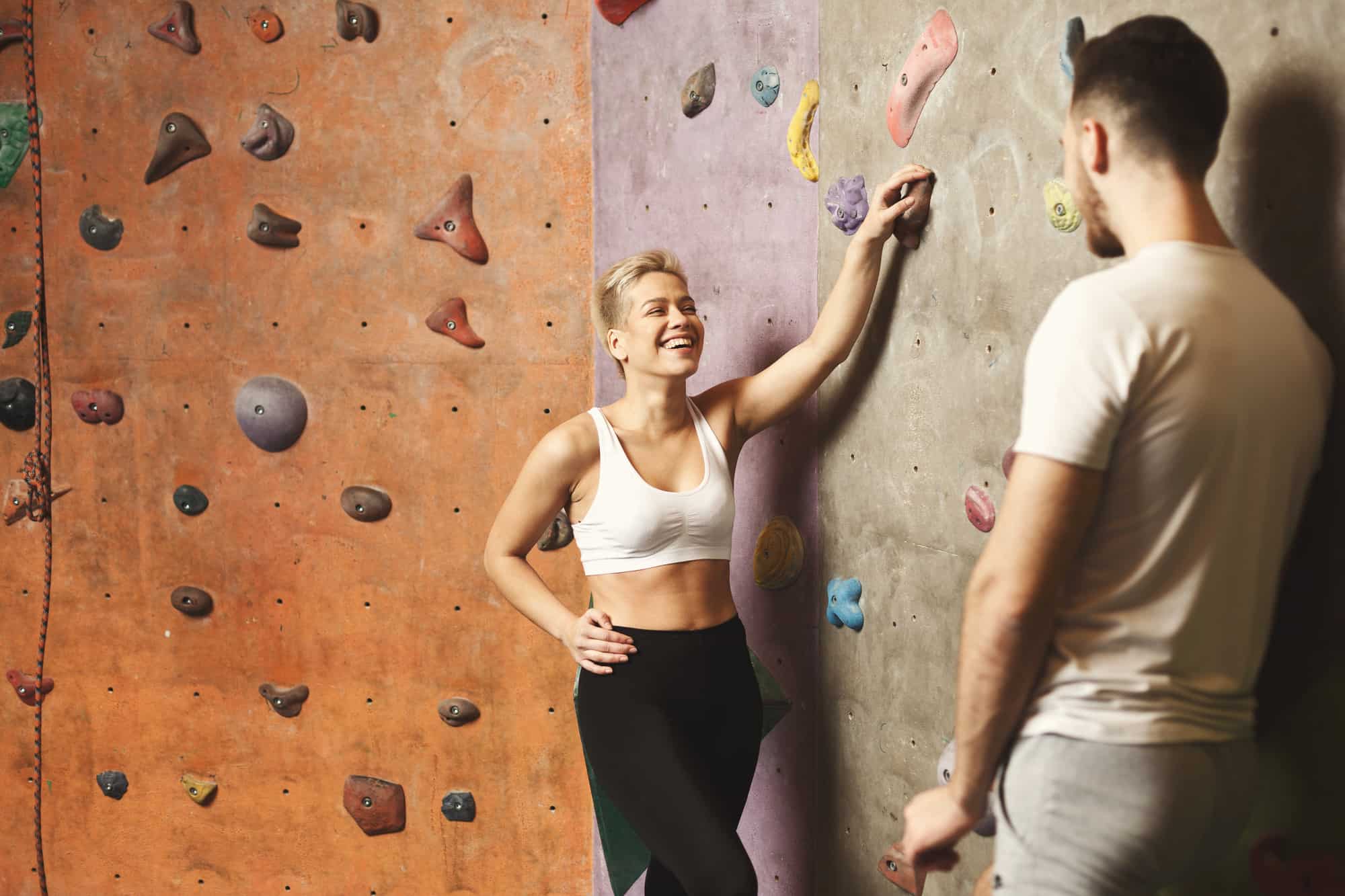 Here, in this article, we consider why guys sometimes like short girls and investigate what it is about a short girl that a man can find so attractive. It’s not an uncommon trait for many men to be attracted to - whether they themselves are of average height or otherwise.

Why Do Guys Think Short Girls Are Hot?

Here are 17 reasons why guys try to start a relationship with short women.

Perhaps the most practical reason why a guy will be attracted to a short girl over other tall women is that they are short too. Men often feel like they have to be the taller of the two people in a relationship and so they will actively seek out short girls so that they are not overlooked by their girlfriend.

Another reason that guys like short girls is they help them feel like they are the protector. One way they can do this is by actively looking for shorter women to date who make them look bigger and taller as a result. In doing so they look a lot more powerful and more like a force to be reckoned with. While the world and equality of the sexes have obviously changed a lot since caveman days, some guys are still pretty traditional and like to be the alpha in a relationship.

If men aren’t particularly tall, they may like their women to be shorter simply because they like women in heels. If those women are too tall and also wearing heels, they may then tower over a guy who is short. For men who like to be the taller of the two people in a relationship, this will be a big turn off.

Guys will often go for women who are shorter than them because it makes kissing that much easier for them. Some men like to bend down to lock lips with their partners and so this will be one reason why they never even look at a tall girl as a romantic prospect. Given that kissing is such an important part of a relationship, making it as good and as fun as possible is an important factor to some men - hence why they choose to date short women as make out sessions can be so much the better for it.

5. Short girls can be cute

Perhaps one of the biggest attractions for men who are into short girls, is that short girls can be cute thanks to their diminutive size. Some guys are therefore more naturally drawn to dating short women thanks to that instinctive attraction. While tall girls can obviously still be beautiful and sexy, a short girl’s ability to be cute is something that some men will find perpetually alluring.

6. Short girls tend to be petite

A short girl’s stature means that she is more often than not very petite. Again, this can be a major factor that attracts some men to a woman. While physical appearance is not the thing that will keep two people together, it certainly is what can help start a relationship in the first place. And that petite size can be the key thing that draws a man to a woman to start that spark that a relationship needs.

7. They love to be the big spoon

It may sound a little silly to some, but guys like to date short girls at times as they love to be the big spoon in bed. They love the feeling they get when they are able to envelop their girlfriend with their body. If a woman is short, it is much easier and more possible to cuddle round the woman’s body.

Practically speaking, if a guy is dating a short girl, and their relationship has turned into a physical one, a guy will have a lot more space in bed to sleep in. This may sound a bit of an odd reason to some people, and it certainly won’t be the only reason why a guy is attracted to a short woman. However, it will certainly help a relationship last if a guy loves being with his girlfriend in bed.

While times have moved on from men always being the one in charge of a household and the person whose opinion is always adhered to, there can be something innate in men that means they still like to feel powerful. Being with someone who is shorter than them helps in this quest as it means they can feel bigger and therefore more powerful as a result.

However much society has moved on from men always being the powerful one in a relationship, there are still men around with alpha male characters and domineering characteristics as a result. These types of men like to date a short girl therefore as it helps them be more dominant most of the time - simply due to the difference in their heights.

Even with those aforementioned developments in society that has brought about much more gender equality, there is still generally a societal norm that looks for men to be the taller person in a partnership. While men tend to be naturally taller than women anyway, there will be some men that actively seek out a short girl over a tall girl so that they would be a more socially acceptable couple.

12. Sex can be great with short women

As short girls tend to be lighter and smaller, sex with them can be a little easier for men - if those men like to try out new and adventurous sex positions. They are easier to pick up due to being lighter and are easier to move around too - this can help sex be fantastic between two people and why men may find themselves naturally attracted to shorter women.

13. They’re easier to play around with

As a natural progression of their size is smaller than a man’s, men can be attracted to short girls as they can be great find to play around with. Like with sex, as they are lighter and therefore easier to move around, a pairing of a man with a short girl can be great fun if the couple likes to play silly, physical games.

It is perhaps a misleading preconception, but tall women can be intimidating to men who see their height as a threat. As a result of this, guys will often go for short girls as they simply find them more approachable to talk to in the first place. This is perhaps an ill-placed preconceived notion, as short women can have fiery characters, just as much as tall women - but it can happen nonetheless.

15. It makes them look taller

Even if a guy isn’t short, guys may still want to go out with short women in an attempt to make themselves look taller. Guys try to do this in an effort to make them feel better about themselves and generally a more impressive person in terms of their physical stature. Of course, it isn’t always down to looks and two people’s height is just the start of making yourself a more impressive person - in both physical and mental terms - but it’s a start for a lot of guys.

16. It can make guys more helpful

Some guys want to be needed. For shorter women, having a tall boyfriend is exceptionally helpful as, due to their size, there are a number of things that they find more difficult in their life. This can be a number of things around the house - for example, reaching the top shelf in a cupboard, changing light bulbs in the ceiling, or even opening a can or jar of something that is too difficult to open with their small hands. In doing so, guys feel that they are a much-wanted person in their girlfriend’s life which makes them feel really good about themselves.

17. It makes them feel more masculine

A lot of guys will go after shorter women as they crave the feeling of masculinity. Being with a shorter, smaller woman, they will often feel more masculine as a result given that the size differential between a guy and his short girlfriend will be so much more. This can be quite an addictive feeling and one that a tall girl simply won’t be able to give a guy at times. This can be particularly the case if that guy isn’t very tall himself. Always going for shorter women is a way that some guys can control the situation and make themselves feel a lot more manly as a result.

The height that guys like in girls really depends on the guy in question’s preferences. Some will like tall girls, others won’t really care about height at all, whilst others will only ever seek out short girls.

Guys definitely do like short women. Many men will be attracted to their petite and diminutive looks. Short girls also help a guy feel tall, strong, and manly which can be a big attraction for many men.

There are so many different things that men like about women. What people are attracted to will vary from one relationship to the next. In terms of looks, some will like dating short women, while others will only date taller women.

Is it better to be tall or short for a girl?

Most short women would argue that it is better to be tall, and most taller women will often feel like it is better to be short. In terms of attracting people for romantic relationships, it will really depend on the person as everyone is attracted to different physical appearances.

Men definitely like tall girls, but it is not always at the expense of short women. Sometimes men will be attracted to one of the other, but at other times men won’t have a preference for either tall women or short girls.

When Guys Are Attracted To Short Girls - Summary

It’s good news that men are attracted to shorter women at times, as much as it is great news that some men like tall women or some like those who are of average height. It’s the nature of dating and means that there really is someone for everyone. To some men, height won’t even be an issue they consider in their attraction to another person.

You May Also Like
19 Obsessive Boyfriend Signs To Look Out For
No Comments
How To Make A Guy Want You More: Some Useful Tips
No Comments
Is He Stringing Me Along? 5 Signs That He Is
No Comments