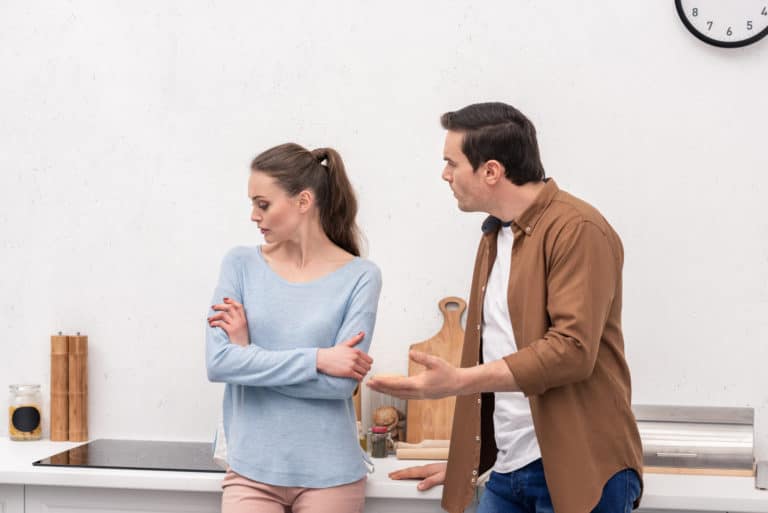 Ignoring A Capricorn Man - Is It A Good Idea? (13 Foolish Reasons)

There’s one thing you can say about Capricorn men, they are straight talkers. You won’t find Cappy playing mind games or running around with someone behind your back. Which begs the question, why are you ignoring your Capricorn man?

Of course, no star sign is perfect so let’s just examine this guy in a little more detail before

Ruled by Saturn, the disciplinarian of the planets, Saturn is known as the taskmaster planet; it makes us face our responsibilities. Those born under this sign are dutiful and follow the rules. They understand the need for authority.

These guys make loyal, stable partners who mean their marriage vows, especially the 'in sickness or health' parts.

Now, you might think that your typical Capricorn man is the ideal partner, but he does have his faults. However, I can tell you that if you want to know how to make a Capricorn man miss you it might not be the best tactic to give him the silent treatment in a relationship.

Actually, ignoring a Capricorn man could be downright disastrous.

13 Reasons Why You Shouldn’t Ignore A Capricorn Man

Speaking as a Capricorn female, I can tell you that when Capricorns think we’re right we can be pretty arrogant about it. After all, there’s a reason why Capricorns like to be known as goats (greatest of all time).

Goats may take their time but they always get to the top of the mountain. And that’s exactly where Capricorns like to be.

You think Geminis are cold, wait until you come across Capricorns who have decided enough is enough. Sure, they’ll  give you lots of chances but if you keep squandering them then they’ll make one last decision, they’ll end it.

There’s another thing about Capricorn man that you should know, they make these decisions based on logic and reason. Capricorns are not emotional. They tend to keep their feelings under wraps. They frown on PDAs, even towards their love interest.

4. He’ll think you are unreliable

It’s that goat thing again. Capricorns believe they are a step up from everyone else. This can manifest itself in many different ways, but the main thing he’ll take away from you dishing out the silent treatment is a glimpse into the future. He’ll see you as unreliable.

Capricorns are known for being pessimistic and moody. They tend to live in the past, finding it hard to imagine an optimistic future. Those born under the weight of Saturn can sometimes feel as if they have the world’s burdens on their shoulders. If you give him the silent treatment you might trigger his pessimism.

6. He won’t let you know how it is affecting him

The problem is, Saturn is also secretive; it keeps its own counsel. So instead of opening up and sharing his troubles, Capricorn man will never let you know how he’s feeling. Especially if you’re the one affecting him. He’ll keep that secret to the grave.

These guys are typically focused on themselves so your ploy of giving silent treatment might backfire. Or, you might have to ignore him for a lot longer than you anticipated. Remember, Capricorns are probably the most down-to-earth guys of all the star signs.

Typically, Capricorn man is not renowned for getting upset or emotional so ignoring him really isn’t the best tactic. Look at your partner as Spock, rather than Captain Kirk.

Captain Kirk is ruled by his emotions, he’s impulsive and acts by gut instincts. On the other hand, Spock is calm, measured and logical. Remember, you are dealing with Spock, not Kirk.

9. He will think that you are being childish

Be careful giving Capricorn man the silent treatment, it might well backfire on you. Capricorns were born old remember. As such, they don’t think kindly to silly games like ignoring someone. He will see you in a new light, and it won’t be complimentary.

10. He will ignore you back

These guys don’t do mind games and believe me, this isn’t what he’s doing. If you are ignoring him he will just assume that you need some space and he’ll give it to you.

You see, you can’t treat Capricorns the same as other zodiac signs. They are without guile, they don’t think ahead, their heads are always in the past. If you ignore him he’ll think you are busy and don’t have the time to contact him.

Thin you are the stubborn one? Well you obviously haven’t met a proper Capricorn man. Sure, you might think of your typical Aries ram or Taurus bull, digging their heels in and refusing to budge, but just consider the goat for a second.

Climbing up the most treacherous terrain. His hooves deftly managing to nimbly find unimaginable pathways. Then he delicately balances on the tiniest ledge, for hours and hours. That’s stubbornness. He’ll wear you out in a battle of stamina.

12. He will end the relationship

If it does dawn on him that you are giving him the silent treatment he may just end it. Because Capricorns are such straight talkers they don’t understand why people are not the same as them. They certainly don’t like passive-aggressive behaviour either.

These down-to-earth straight shooters just want the truth so they can get on with the important things in life. Like achieving their ambitions, getting to the top, and winning at everything.

Capricorns don’t do mind games or play games when it comes to their relationship. They are old souls and have been around for too long. Besides, they’ve got better things to do, like conquering the world and stuff. So it might not even occur to him that you are ignoring him to get his attention.

What does it mean when a Capricorn man ignores you?

Capricorn males are down-to-earth, straight talkers who want to get arguments or disagreements sorted out quickly. If you know there is a problem then he may be giving you the silent treatment because he’s not sure of how he feels right now and needs time.

Will a Capricorn man miss you?

He might miss you but because he finds it hard to show his emotions you may never know. Capricorns are notoriously reserved when it comes to opening up to their partner about their feelings. He has to truly trust you before he tells you he loves you.

How do you deal with a Capricorn man when he's mad?

Well, first of all, it takes a lot to get Capricorn man mad, but you should give him space and time to calm down. Then I would suggest a heartfelt apology and try building up the trust again. This sign needs to be heard. Allow him to talk and really listen to him.

How do you get a Capricorn man to miss you after a breakup?

Make yourself be seen in his presence, because once out of sight it is out of mind with Capricorn. They have this stoic nature which allows them to accept the fact that a relationship has ended. They convince themselves that they are not destined for love and wear their heartbreak like a cross on their back.

How do you know when a Capricorn man is not interested?

Capricorn men have a very dry sense of humour. If you can make them laugh at your jokes, or engage them on a subject they are passionate about, then you’ll know they are interested in you. Capricorns definitely do not like to make small talk. So if you find you are struggling to keep a conversation going he is definitely not interested.

Have you ever ignored a Capricorn man? What was the outcome? Do you agree with my thoughts on ignoring a Capricorn man? I’d love to hear what you think. And please do share this article if you enjoyed reading it.

One comment on “Ignoring A Capricorn Man - Is It A Good Idea? (13 Foolish Reasons)”