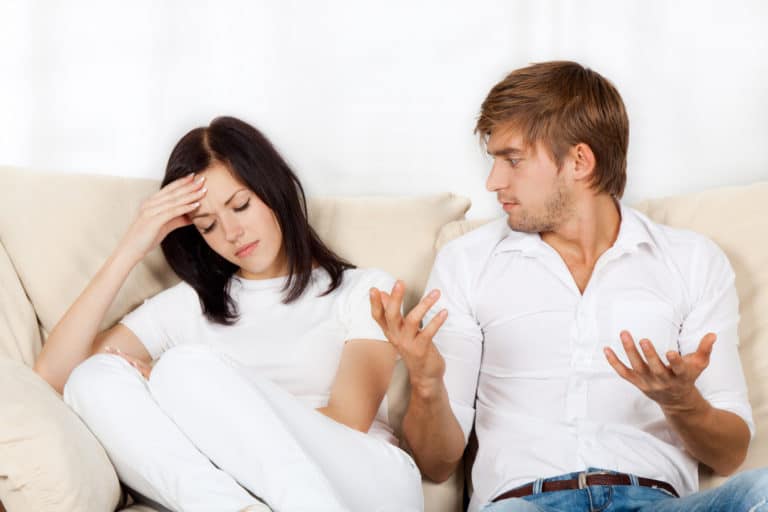 My Boyfriend Talks Too Much (7 Ways To Handle The Situation)

Every relationship can be fun when the two partners bond even with their flaws. But it becomes unbearable when a particular flaw like talking goes overboard.

Talking to someone you feel comfortable with like your partner is liberating. It could be therapeutic especially when you have a lot to say or vent. But when it seems like one party can’t stop talking, or you can’t get a word in, such conversations become toxic.

You may feel like outrightly telling him that he talks too much may hurt his feelings.  I know how hard it is to say something when it comes to someone you love and respect a lot. For instance, if your partner always has something to say during arguments, can’t stop talking, leaks secrets, it gets hard to manage or tolerate at some point.

If your boyfriend talks too much, but you love him so much you don’t want to leave and you’ve been wondering how to manage it, keep reading on. When there’s a will, there’s away. I’ll talk about 7 ways you can keep this situation in check.

7 Ways To Deal With The Situation

1. Be mature about it

Regardless of the fact that your partner does talk too much, don’t forget he deserves your respect not just as your lover but as your friend as well.

Try to talk to him about it first. Approach the topic with maturity to avoid hurting him. Be friendly and if he loves jokes, you could start with one to ease the tension. But it’s good to let him know how uncomfortable it can feel when you’re talking to each other. O maybe even another person and he dominates the conversation.

No one likes a know-it-all, and most times people disrespect guys who talk a lot. So, you’ll be doing him a solid by bringing it to his attention.

It sounds a little hard and annoying to just listen to someone talk non-stop especially if it's the wrong time or you’re having a bad day.

Trust it when people refer to silence as being golden. I’ve had experiences where people stopped talking because they figured out I wasn’t responding. If you do this, he’ll know it’s a waste of time and may start finding ways to get your attention back. It could make him tone it down, maybe not completely but at least a little. I’m trying to say, sometimes, just let him be, he’ll figure it out on his own.

It’s quite interesting to share anything and everything you’ve heard or witnessed with your partner but it’s good to keep some of it to yourself if he talks a little bit too much.

Try to hide some information from him if you know it’s vital or top secret. You could just tell him the summary or pretend you know nothing much about it but that’s only if he asks. If he doesn’t, just talk casually about general things like how nice your day went.

The shorter or less detailed the topic of your discussions are, the shorter your conversations would be.

Talk less about topics that you feel would bring more or longer arguments. If you’re the responsive type, you could try making your responses as apt as possible to avoid diverting into other topics. But at the same time don’t sound uninterested in what you’re both talking about. It could make him feel bad and that’s something that could bring up another argument.

Some people don’t know how to handle stress or how to communicate when they are hurt. They rant, vent, nag, or just keep talking to feel better. So maybe he’s not talkative. Maybe he’s unconsciously affected by something he doesn’t know about.

So check yourself to know if you’ve done anything bad or you keep doing things to hurt him. Ask him as well if there’s anything disturbing he would like to talk about. Observe him just to be sure of how to handle it or the next step to take.

If your boyfriend talks a lot, this may not be the most gratifying long-term solution. However, people who are talkers like to prove points or show that they’re knowledgeable.

So, if your partner talks a lot, you should listen to him. It can be draining but you could learn a lot. Maybe he just wants you to know the things he knows and feels like you’d learn from them.

Also, he could also want you to praise him for being so updated. You could tease him a bit and make him feel special or just nod in a way to show that you understand what he’s saying without necessarily responding verbally. But if he’s just talking without any point, you need to keep it in check.

7. Engage him in other activities

If you feel you can’t stand his talks anymore, you could start doing other things while still assuring him you’re listening. It subtly sends the message across and creates an unsettled atmosphere for a long conversation which would shorten the talk naturally.

How much is too much talking in a relationship?

When a partner starts feeling uncomfortable, irritated, or uneasy about how the other person talks, that could be too much. Or when you don’t even have space to respond or prove your points and they seem uninterested about it, that could be too much talk. Sometimes, it could be the two of you arguing nonstop without agreeing with something for a long time.

What does it mean when a guy talks a lot?

It depends on the situation at hand. If he likes you and has hurt you but is finding it hard to express himself, he could talk a lot during the process. But if he just keeps talking because he feels like it without saying anything meaningful, that could be a bad habit. He could also be talking a lot because he’s happy about something and he wants you to feel the same way about it too.

How do you deal with someone who talks too much?

You could try listening for as long as you can, then let them know you have some other thing to attend to or better still reschedule the conversation until when you can listen to them. Give straightforward and short answers to avoid prolonging the conversation more. If you can, talk to them about their unconscious bad habit and advise them to correct it.

Can anxiety damage your heart?

According to research, if anxiety becomes serious, it could lead to coronary disease and increase the risk of cardiac arrest. It could also weaken the heart muscle and cause heart failure. Anxiety should be avoided as much as possible as frequent attacks could interfere with heart function.

Dealing with a talkative partner could be so stressful but trust me when I say that nothing is impossible with the right steps. Try the tips above and see how your relationship goes. Remember to take it one step at a time. If you enjoyed reading this, please drop a comment and share it with as many people as possible.

You May Also Like
Leave Him Alone - He'll Come Back (Is It True?)
3 Comments
What To Do If Your Man Stops Calling You (5 Important Tips)
13 Comments
What He Thinks When You Ignore Him (21 Interesting Things)
No Comments