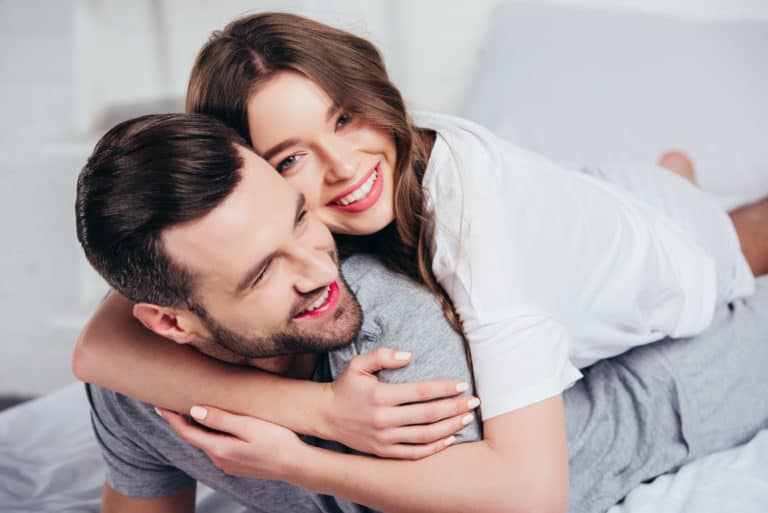 Knowing you and your partner’s star sign can be a great way of knowing whether your relationship will have a good chance of succeeding. Here, in this article, we look at Libra and Taurus compatibility. In particular, we look specifically at whether a male Libran and a female Taurus are a good pairing.

That being said, if the pair of them are happy to talk through their issues - as and when they arise - then they could work through their problem areas so that they don’t materialize into reasons to break up.

A Libra man is a very centered and balanced person. This is a great advantage in any relationship as it makes it difficult for problems to really get out of hand and rock the boat between two people. It also anchors the Taurus woman in the relationship who appreciates being with someone who is so grounded.

Kindness is always a trait that people respond positively to. A Libra man is a very kind being and it is one of the things that Taurus women find so attractive in them. Kindness is also great for any relationship as it demands a certain level of patience too so that if there are any squabbles or misunderstandings that arise, a Libra man’s kindness - as well as his balanced nature - can diffuse situations before they get too emotional.

Another way that a Libra man is able to diffuse situations before they occur is down to his excellent communication skills. Good communication is key to have in any relationship as it helps two people know what each other is thinking so that misunderstandings are minimized while an emotional connection strengthens. For Taurus women, good communication is also key as they are often very direct. The good communicator in the Libran man means he will appreciate this direct manner as opposed to finding it too abrasive.

Despite being shy, a Taurus woman is a very determined person. This is a massive appeal for a Libra guy who will be very attracted to the ambition and focus that a Taurus female often displays. It also means that she will focus on the partnership and give it the attention it deserves. As a result, the Libra man will always feel appreciated and loved. It also encourages her very direct ways which help in this pairing’s ability to talk things through.

Something that the Libra man in this dynamic will appreciate is the fact that the Taurus female is a very independent being. This helps the Libra man for many reasons. As a social being, he will like that he doesn’t always have to babysit his girlfriend or be in each other’s pockets all the time. Additionally, he will also like that his Taurus girlfriend likes to do her own thing on occasion and this will actually help keep him interested. While it won’t be done on purpose, her independence looks a little bit like playing hard to get behavior, which will keep the Libra man coming back for more.

Perhaps one of the biggest risks that this dynamic has to contend with, is how flirtatious a Libra man is. No woman likes to see their boyfriend flirting with other women, but for a Taurus woman, she will find it particularly difficult given that she is such a dedicated and determined being. She won’t understand that a lot of it will be done in a harmless way - almost without the Libra man knowing. However, either way, it can hurt her feelings very easily.

Another of the issues that the determined and direct Taurus female will struggle with when in a partnership with a Libra man is the fact that the Libra man can be passive-aggressive. Despite his good communication skills, no one is perfect and at times his hurt can manifest itself in this type of anger. Given that the Taurus woman is often a person to just say things as they are, she will get frustrated with his passive aggressiveness when they do come to argue.

When it comes to bad points, it can always be difficult for a partnership to deal with a person who is generally very stubborn being. Plus, owing to being a determined individual, a Taurus woman becomes very competitive and will very often refuse to back down from her stance. For a Libran with his balanced view of the world and the ability to see things from both sides, this will be particularly difficult to contend with. However, given the Libran’s kindness, this trait can often be balanced out so that the dynamic can still work. He will have the necessary patience to cope with her stubborn streak. However, if an argument does arise from it, it can often be made worse as the Libran will only speak up against it when he is very upset.

Something that Libra men may struggle with if their girlfriend is a Taurean, is the fact that they can be very materialistic. It’s not a trait that is often seen in any Librans and despite their kindness and ability to see things from all sides, they don’t generally understand materialism. So while the Taurean female in this partnership may crave luxury, the centered Libra guy will more happily just go with the flow. He is not motivated by material goods in any way. Sometimes this won’t cause issues between the two, but given how strong the materialistic streak is in the female, it could bring out problems in the future.

While a Libra man loves the independence that a Taurean woman naturally has, sometimes that independence is actually just a shyness that causes them to be very introverted. When this is the case, the Libra man may struggle to cope given how charismatic he is and sociable as a result. This is perhaps where his flirtatious ways come from and, given how introverted a Taurean can be, she can actually be hurt quite acutely due to her shy ways if she sees him flirting with others. She won’t be able to comprehend why or how he can so happily talk to others.

Is a Libra man and Taurus woman a good match?

A Libra man and a Taurus woman can be a good match if they are both able to work through any problems that their negative traits can cause. Depending on how strong those traits are will also have a huge bearing on the success of this relationship.

Why is Libra attracted to Taurus?

A Libra man is attracted to a Taurus woman due to some fantastic positive traits. For example, she is determined and incredibly independent which can appeal to the Libra man with his charismatic ways.

Can a Libra woman and Taurus man work?

A Libra woman and a Taurus man can definitely work, as long as they are happy to work through any problems that may arise from negative parts of their characters clashing. If they are able to talk through these issues effectively as well as when they occur, they can be very happy together.

Can a Taurus marry a Libra?

A Taurus can marry a Libra as long as the relationship running up to it has been a happy one. If it hasn’t, but the couple remains in love, it would be a good idea for them to have open and frank discussions about the issues between them before they wed.

Why are Libras so good in bed?

Librans are good in bed because they are one of the best communicators of the zodiac. Talking is such a key part of a satisfying sex life as it allows couples to know exactly what each other wants and when. Libras are happy to do this so are usually fantastic lovers as a result.

However, even if those bad points do end up being a far bigger part of the relationship than anyone would have wanted - it’s still possible for everything to work out for a Libra man and Taurus woman. If this pair talk things through at length and do so in a proactive and constructive way, they can resolve any problem that arises between them. As such things between them can continue to go from strength to strength.