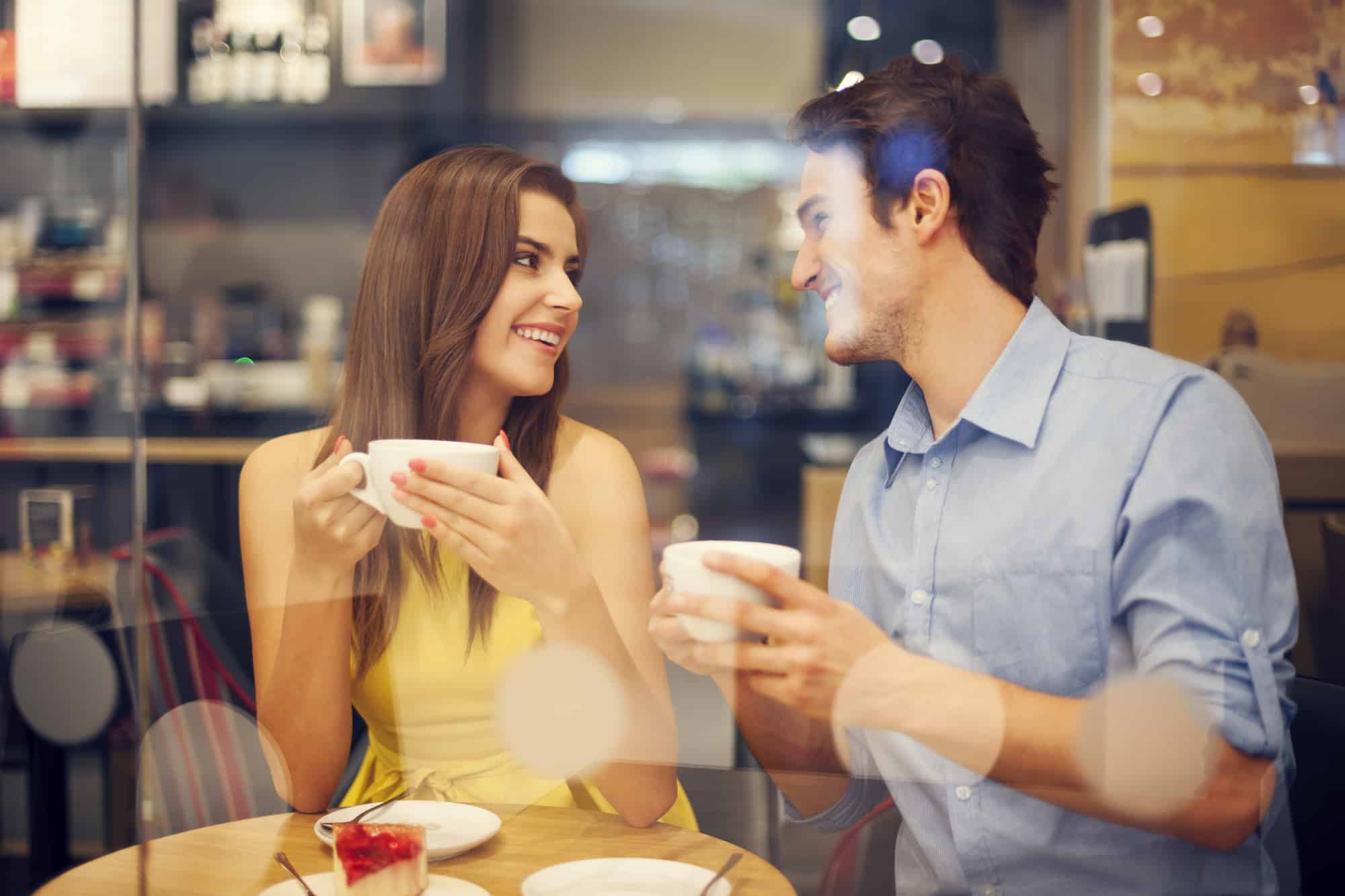 What do the fish and the scales have in common?

The Pisces woman and Libra man are as distinct as their respective water and air signs. Yet, the brooding dreamer Pisces female meets the flaky charming Libra male under Venus – the latter's ruling planet adored by the former.

A Libra man Pisces woman combo is an unusual one, but that just makes it all the more interesting if they can make it work.

The male Libras’ superficial nature and intensity of the empathic Pisces woman make for a fundamental difference in how each of these signs loves.

Can they make a relationship work nonetheless?

Why don't you determine that for yourself after going through the Libra man Pisces woman compatibility traits?

Like a moth to the flame, these two signs are drawn to each other; especially because of the charming and social nature of the man, but they cannot keep up with each other. While she appreciates the ability to get out of her feelings, which being with the Libra man affords, it doesn't take long before Pisces women miss being in their element.

On the other hand, Libra men have an artistic inclination that attracts them to the highly creative Pisces woman. These two signs both have a taste for aesthetics, making it one of the few common grounds they possess. Their fundamental difference stems from the fact that Pisces is a water sign famed for their intensity while Libra is an air sign, known for being light-hearted.

This duo complements one another, a huge factor for the Libra who always seeks balance. It also helps that the Pisces woman is ultra-feminine and one of the most attractive zodiac signs.

An average Libra man is a diplomatic communicator, an attribute the water sign would have appreciated if she didn't think he was a little too manipulative with it. Libra excels in conversations since he can maintain objectivity even under challenging circumstances.

Pisces, on the other hand, can get overzealous in an emotionally-charged discourse. She is not the most expressive of the lot when it comes to communicating her feelings, and this can pose problems between her and her Libra man.

However, if the Pisces woman can manage to get out of her head, and Libra finds a way to get in touch with his more, they can surmount their communication barrier.

With their inability to effectively communicate comes the severe concern of settling fights. Thankfully, there won't be much of it because a Libra man Pisces woman relationship would be the epitome of forgiveness between his congeniality and her overflowing empathy.

Each of these signs tends to put the other's feelings ahead of their own and give the benefit of the doubt more often than not. This doesn't mean they won't argue, but as they do with other people, these gentle souls tend to forgive each other without keeping scores.

However, when they reach their limits, the Libra man prefers to hash things out while the Pisces woman internalizes and may become passive-aggressive. This does not bode well for their relationship in the long run, as they may wind up resenting each other over accumulated grievances.

Libra and Pisces compatibility may be low in many areas, but sexual intimacy is where their connection through Venus gets to shine. Very few things give the Libra man as much joy as lovemaking because he can harness everything he enjoys during the act.

Sex is never just sex to the Libra; it is art, it is sensual, and most of all, it is the rawest expression of desire. He pays attention to the littlest details and puts his partner's pleasure before his own. All qualities that a Pisces woman longs for when making love.

They really connect during sex because sensuality is where the fish woman goes to thrive as well. Her emotions connect with her physical reality, and her mystical nature flourishes during intimacy with her Libra man. To cut a long story short, Libra men and Pisces women are sexually compatible.

While they both have a taste for the fine things of life, the Pisces woman is a lot more in tune with her emotions than her Libra male. Her imaginative and empathic nature will be her undoing with this superficial man, even though they fuel the creativity that attracts him.

The air man tries to do what he can to lift the mood of the people around him and generally tries to avoid conflict with them, but that's about it. He can't relate to the water woman's need to absorb her immediate environment's emotional baggage. Like can't you just make a joke and move on?

This is not to say that Libras are insensitive, far from it. He simply feels that sensitivity is the stuff of fantasies, not the real world. And coming from the dreamy Prince charming of signs, that says a lot.

The Libra man and Pisces woman are both intelligent but in different ways. The former is quick-witted, and though he may not seem like it beneath all that charm, he is always thinking about something. The water lady, however, puts her intuition before logic, like a psychic.

Her feelings drive her, and her intellect usually comes second when it comes to rationalizing her emotions. For her, she knows because she feels. The Pisceans are highly evolved emotionally, so she is able to trust her intuitions more than most.

The Libra, on the other hand, is more analytical and can't understand the water woman’s intense emotional connection with everything and thinks that clouds her judgment. This fundamental conflict takes points off the compatibility of Libra and Pisces.

Frankly, the Libra man and Pisces woman would have a better relationship as friends than as romantic partners. Love is not their strong suit, so they’d fare better in a platonic relationship with no strings attached. Their differences wouldn't mean so much in friendship, and that would put less pressure on both sides to conform.

However, when you add love to the equation, it would put a lot of strain on the relationship and one partner would end up taking the burn more often than not.

The Piscean gets to swim away when she has had enough of Libras’ air. He gets to explore what it's like to live in her world and leave at will with no sinking obligation when it’s just a friendly relationship. It's a win-win. They are both even-tempered, so they would be like kindred spirits who rarely fight.

Granted, she would be in a world of her own half the time, but with a Libra bestie, the other half would make for a pleasant reality. And should they eventually add love and romance to the mix, they'd have a better chance at lasting than those who start as lovers.

The Libra man and Pisces woman are two indecisive individuals, so you can imagine what making a choice would be like in their home if they ever got into a committed relationship. On the guy's part, he takes his time to decide because he's constantly analyzing his options. For the water-lady, procrastination is her issue as she can't stay in the moment long enough to work out details.

With both their minds being simultaneously pulled in different directions, I don't see how decision making won't be a problem for these two as a couple. Being a cardinal sign, I guess we can expect Libra's nature to kick in when there's no one else around to push it on.

Then the water-lady’s mutable nature can take over from there once she can snap herself out of fantasy land.

Do Pisces and Libras make a good couple?

Pisces is one of the signs that Libras are most compatible with, so yes, they make a good enough couple. As with most relationships, theirs’ will have its share of ups and downs, but if they can get past their fundamental differences, they certainly have the potential to become soulmates.

Can a Pisces man and Libra woman work?

A Pisces man and a Libra woman can work with some effort from both sides. She would have to be patient with him and get used to his mysterious nature while he would have to get comfortable with her extreme social tendencies. As long as one doesn't try to change the other, they should be fine.

Can Pisces and Libra get married?

If these two signs can get past their communication barrier and consciously let each other enjoy their elements, a marriage between them wouldn't be impossible. But as long as this water zodiac sign keeps internalizing, or her antisocial tendencies continue to clash with her Libra's need for freedom, their union would be fraught with looming grievances.

How can a Pisces attract a Libra?

These water women are feminine and creatively inclined, so they should have no problem attracting Libras. Gaining their trust first through friendship would be a plus, as trust is a huge part of romance and love for this sign. For the most part, their mutual love for art should be enough to get a conversation going.

Why are Pisces and Libra not compatible?

Libras can be idealistic, but this tendency gets dwarfed by that of the fantastical Neptune-rules Pisces. The Libras’ quest for equilibrium would always make him more drawn to a more present and stable personality than the water-lady. Another major red flag between them is the communication barrier that makes conflict resolution ultimately an issue.

Every match has its pros and cons; a Libra man and Pisces woman pair is no different. As far as compatibility goes, you can make it work more in practice than the theory suggests. Now that you know what to look out for, with some extra effort, building a relationship with your Libra male shouldn't be impossible.

Did you enjoy reading that? As a Pisces woman, would you or have you ever dated a Libra? Let's get a conversation going in the comments and share the article to include your friends.