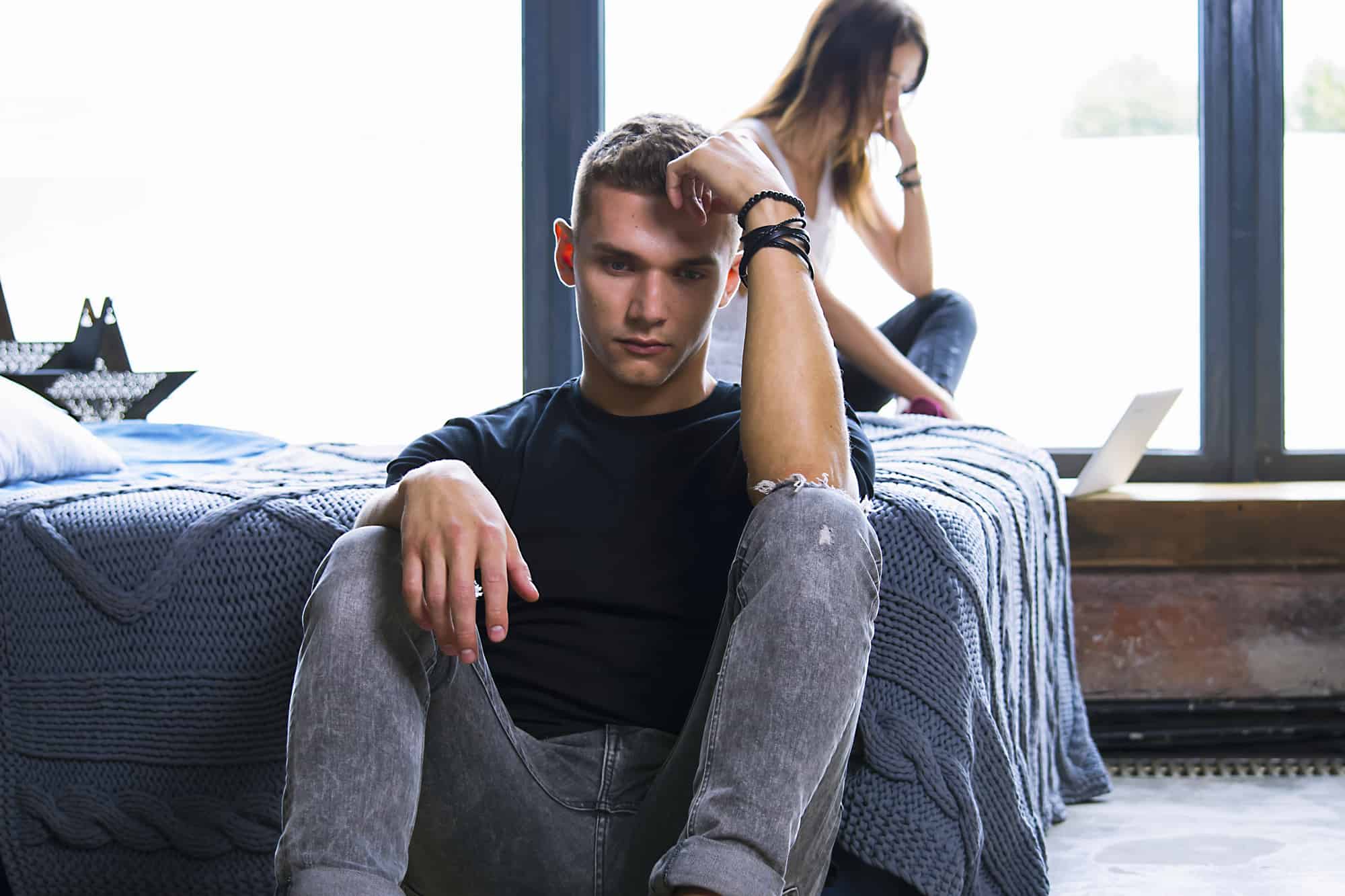 Ignoring Sagittarius Man: Is It Ever a Good Idea? (7+ Best Ways)

What Happens When You Ignore A Sagittarius Man?

Before I can answer that let me look at Sagittarius men in general.

Traits of a Sagittarius

Sagittarius is the ninth sign of the Zodiac. Its symbol is the Archer, it is born under the fire element with a ruling planet of Jupiter.

Sagittarius are outdoorsy types who would give anything for their freedom. They don’t like being restricted in any way. They prefer people who are independent rather than have people depend on them.

People born under this star sign are compelled to explore, whether this is in the form of travel or knowledge. Just consider for one moment their astrological symbol of the centaur – half-man half-horse with a bow and arrow.

The skittish feet of the horse propels them forward while the head of a man searches for the truth. These guys are restless souls, both outwardly and inside themselves. They are the philosophers, the truth-seekers of the Zodiac.

Sagittarians have a deep-seated awareness of the brevity of life. As such, they rush to explore and experience everything they can before the inevitable end.

This is one sign that is interested in the deep topics of our time, such as religion, spirituality, life after death. So don’t be surprised if you get drawn into more than a few deep and meaningful with this guy.

The archer in Sagittarius will fire his bow at the highest target and chase his dream. Sagittarius males give themselves goals to achieve. They are forever chasing the next golden opportunity. If they like you they will let you keep up.

They are also natural leaders. They can be team players, just as long as they get to be the ones who make the decisions and are in charge.

So, before I examine whether it is a good idea to ignore a Sagittarius man, I just want to talk about what attracts him in the first place. What would this guy like? What would make him fall in love? What does he want and find attractive?

What Is Sagittarius Man Attracted To?

1. An equal with her own passions

Sagittarius males are on a never-ending quest for knowledge. Consequently, their ideal partner is someone that wants to share their journey. They are looking for a person that is equally enthralled by life’s mysteries.

Equally important to the ever-inquisitive Sagittarius mind is a woman with her own passions and interests. If she can teach him about a new topic and lift his level of understanding then he would find this irresistible.

Sagittarius males are attracted to women who are kind and open-minded. They detest prejudice and dishonesty. They like opinionated women that hold their own in any debate. You will make a Sagittarius male proud that he is with you.

Now we know more about Sagittarius men, we can ask the question, is it a good idea to ignore him?

What Happens When You Ignore A Sagittarius Man?

Well, consider this. Your Sagittarius man is always focused forward. He is aiming that bow and arrow towards his next target. He will want to make his dream a reality.

1. Leaders who love to chase

Will he notice that you are ignoring him I wonder? Do competitive archers notice people in their periphery when they are competing? No, of course not.

He will look for the next relationship. This is not because he is a particularly heartless person. Yes, he can be blunt and tactless at times. But this is solely down to his analytical mind and nature.

He is constantly on the look-out for the next interesting thing to catch his attention. He simply doesn’t do passive-aggressive behavior like ignoring someone. He doesn’t see the point.

If you’ve got a problem then tell him to his face about it. Only then can he invest the time it needs to sort it out. Don’t play mind games by ignoring him. He’s got the world’s most fundamental problems to solve. He wants to know what makes the sky blue. Is there extraterrestrial life on other planets? Is there a God?

He’s also concerned with his own mortality. He knows he has a limited amount of time to figure out all of these big questions. So if you’re having problems with your Sagittarius man my best advice is to talk to him. Preferably when he’s relaxing and not starting some new project.

So what can you do if your Sagittarius man isn’t paying you the right attention? What if he’s taking you for granted? Or if he’s simply not treating you very well. We now know that ignoring him isn’t the best way to address any of the above problems.

But what should we do? How do you make him notice you? What will get his attention? How can you find out what turns him on?

Remember those deep and meaningful questions he needs answers to? Why not help him solve them? Share his wonder at the world and all its beautiful complexities and you won’t have to resort to ignoring him. He won’t be able to leave your company. He will like it that you want to share his passion.

Give him space to pursue his interests. These guys hate being tied down. Allow him the time and freedom to go away for the weekend and let him know you trust him.

3. Show him your passionate side

If you want to make a Sagittarius guy miss you then indulge in your own passions. There’s nothing that bonds this star sign in a relationship than a shared passion or interest.

What happens if you ignore a Sagittarius?

Prepare for nothing much to happen if you ignore a Sagittarius man for too long. This is because he might not even notice you are ignoring him. Sagittarius men are leaders and always looking to the future, never behind. It’s better to get their interest than expect them to notice you’re not there.

What happens if you hurt a Sagittarius?

These men can be cruel and become bitter when they are hurt. That blunt nature of theirs comes to the surface. They’ll want to hurt you as much as they are hurting. He’ll either shut down completely and you’ll never hear from him again or he’ll rant and rave at you.

What do you do when a Sagittarius man ignores you?

If a Sagittarius man is ignoring you then it’s for a good reason. He is either not into you, he doesn’t want to discuss his emotions, or he has more important things to do. Remember, these guys have trouble opening up and talking about their feelings, even when they really like you.

How do you make a Sagittarius miss you?

You have to appeal to his inquisitive native. Make him interested in you again by showing him your exciting life. Things like travel plans or trips to science museums or art galleries will pique his interest. Remind him of your passions in life. All these things will draw him back in.

How do you know if a Sagittarius misses you?

These guys may have problems talking about their feelings but they can also be very blunt. So, if he misses you it’s likely that he’ll just come straight out and tell you. He’ll connect with you online or by text and give you an invite to his next adventure.

I hope you find this article on ignoring a Sagittarius man useful. If you have any tips or comments I would love to hear them. And don’t forget, please share this article if you liked it.

2 comments on “Ignoring Sagittarius Man: Is It Ever a Good Idea? (7+ Best Ways)”