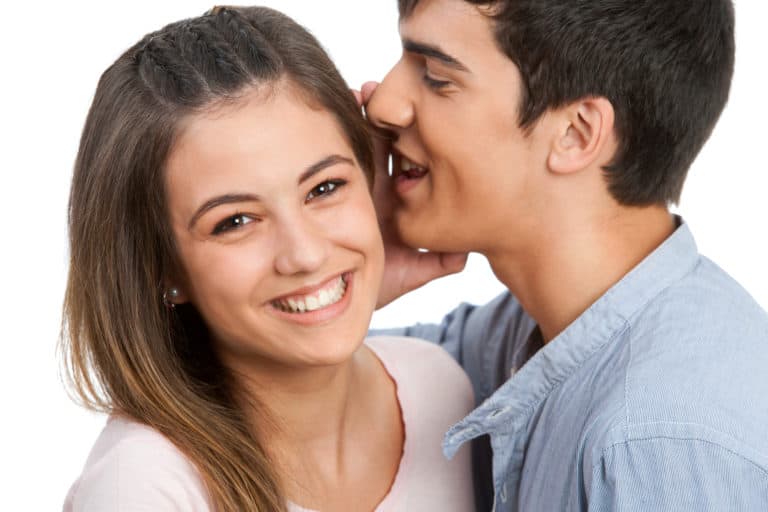 Boyfriend Wants To Keep Relationship A Secret (11 Reasons Why)

There is nothing that is more suspicious in a relationship than when your boyfriend wants to keep it a secret. You’ve had the relationship talk, and you’re both exclusive.

Yet, when it comes to going on a date he makes sure that you’re not in the pictures he’s posting on social media. Even if it doesn’t send off alarms in your head, it’s still weird, and you’re going to want to know why he’s keeping your relationship between the two of you.

Fortunately, there are quite a few valid reasons that men do this! There are a few reasons that are going to ruin your relationship, but it’s nice to know that’s not always the case. Most of the time, you can ask your guy about it to make sure that it’s not one of the worse ones.

Why Is He Keeping The Relationship A Secret?

1. You’re the other woman

This is the first thing that will pop into your head when he wants the relationship to remain private. If he’s got a significant other, of course, he doesn’t want her to find out. Likewise, he can tell her the same thing so you don’t find out about the other woman. If you suspect this one, watch for other signs of cheating to make sure there are no more red flags.

Sometimes, a person will want to keep a relationship private until they are sure that it’s going to last. They don’t want to embarrass themselves on social media with tons of posts and pictures just to delete them a few months down the road. They also don’t want to expose you to anything that might make them look bad, like those embarrassing baby pictures their mom still has.

A guy that has previous experience being dumped as soon as he makes things public will probably want to hold off to make sure that the past doesn’t repeat itself. You can make him feel better by reassuring him that you’re not going anywhere.

3. They don’t want to deal with embarrassing family members

Speaking of embarrassing, they won’t want to deal with embarrassing family members. They definitely won’t want you to meet them until your head over heels in love with them. This doesn’t mean that they are lying or cheating, though.

It could simply mean they don’t want to expose you to the grandma that has unbelievably loud gas, who is also the one in the family that is not ashamed of bodily functions, like farting.

Sometimes, guys wait a little bit to show you their entire life. It’s not always because they are hiding something horrible, like a crack addiction. Sometimes, they might not want you to know about their past, or they might be scared that you’ll judge them for their friends. Whatever it is, you can rest assured that everything in the dark comes to the light eventually.

5. The relationship will complicate his life

If he’s your boss, it’s obvious how this relationship could cause some problems. If you have mutual friends, people could start talking about the two of you. If you used to date his cousin, he’ll definitely want to make sure it’s going to be a long term relationship before announcing it.

Take a second to think about his point of view to decide if this is one of the reasons the relationship is a secret.

If you’re the polar opposite of his friends and family, he could be worried that you won’t fit in. This can lead to him worrying about whether you will get along with family, and whether they will want to get along with you.

One thing you can do in this relationship is non-judgemental, and always try to be friendly. Once he sees how awesome you are in social situations, he’ll be more likely to start broadcasting his new relationship status.

7. He’s not ready to commit to a relationship yet

When the two of you haven’t had the relationship talk about how you are in an exclusive relationship with each other, you can trust that he’s keeping his options open. If he specifically tells you things like he’s not ready to commit to anyone or he’s not ready for a relationship, don’t expect it to change any time soon.

In this situation, keep your head out of the clouds. Instead of hoping that he will change his mind or be ready to commit to you soon, it’s time to move on. Let him know that you’re looking for something more serious. A man that wants to be with you will rise to the occasion. One that is playing with your emotions or leading you one will not.

8. His friends harass him

When a project at work is past due, his work friends will blame the new relationship. Sometimes, a guy has friends that will just flat out harass them because they are in a new relationship. If he’s had to deal with this with every single significant other in the past, he’s probably trying to avoid having to deal with it again.

9. You don’t have a good reputation

If you are known around town, and with his group of friends, as being a little loose, violent, catty, a drama queen, etc. it might be a while before he works up the nerve to deal with what everyone will say. It doesn’t mean that he’s not willing to deal with it or fight for you, but he’ll want to make sure that it’s going to last before he’s ready to stop keeping the relationship secret.

10. He doesn’t want other people to influence things

More often than not, other people will always have something to say. It might be good, but it could be bad. Regardless, a friend will still insert their opinion. While they do this to try to be helpful because you, or your boyfriend, are someone that they care about, it can wind up influencing decisions.

If your man takes what his guy pals say seriously, and it’s burnt him in the past, he might be determined to make up his own mind. In this situation, don’t worry. After he sees that you two will last, he won’t be keeping your relationship secret for very much longer. Just give him time.

If your new man has a child, and the child’s mother is known to start drama, that’s all it will take for him to keep you a secret. He will be worried that if he doesn’t keep the relationship secret she’ll wind up in your inbox telling you stories about him in an attempt to keep you from seeing each other. If there is no visitation order, she can keep him from seeing his child.

He might also be trying to protect you. When someone is known for violence, and they try to beat up every girlfriend that comes into the picture, he’s going to assume that it will turn out the same way with you, even if you’re someone new to the situation. Keeping your relationship private is his way of keeping your life drama free.

What does it mean when your boyfriend wants to keep your relationship a secret?

It means that he’s seeing someone else, he is embarrassed by you, his group of pals or family, or he’s not ready to make it public yet. If you’re drop-dead gorgeous, he’s scared they’ll try to steal you. Ask him to get the best answer.

Is it best to keep your relationship private?

It’s best to let others know your current relationship status. However, no one should know the intimate things about your relationship, including what the two of you are arguing about. Those things should stay between the two of you.

To test a guy, watch his actions. Even though he says he really loves you, what he chooses to do says a lot more. He’ll make you a priority, respect you, and take your feelings into consideration. He’ll want to keep you happy in the relationship.

Why does my boyfriend hide me from his family?

No, they will not last. If they do, it’s because they are no longer a secret anymore. Most people get tired of secret relationships and yearn to be in a “normal” relationship, or it simply fizzles out and both people move on to something else.

If your man is trying to keep your relationship a secret, there’s always a reason. Have you ever experienced this? What was his reason behind the secrecy?