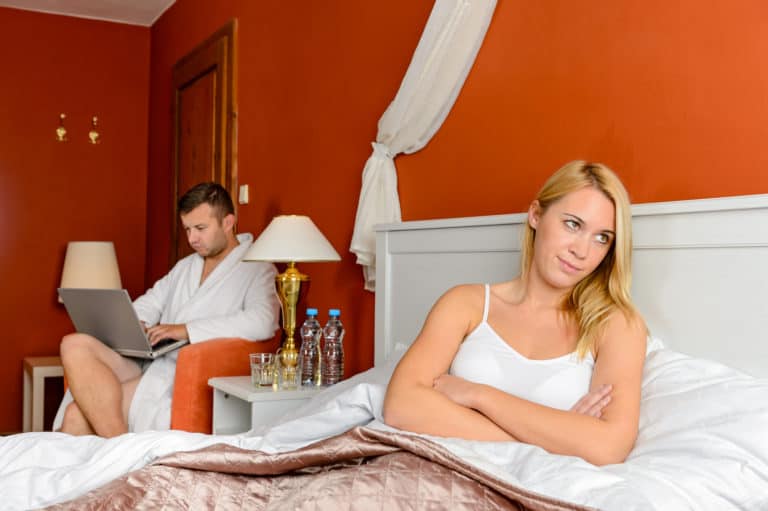 Remembering anniversaries is something every girlfriend is on top of, so it is particularly disappointing to discover that your boyfriend forgot your anniversary. It will ruin your mood even further if you have a knack for remembering all your relationship milestones. The truth is, no one wants to be on the receiving end of this, but time and dates do not come easy to most men.

Let me start by saying that it does not mean that he doesn't love you, but I can understand if it somehow feels that way. So, before you go down a rabbit hole of reasons and possibilities, here are a few things to do if he forgot your anniversary.

7 Things To Do If He Forgets Your Anniversary

1. Remember that he loves you

Just because a guy forgets important dates does not mean that he has fallen out of love. Sometimes, that is hard for ladies to comprehend, so before you dive right in and tear him a new one, remember that he loves you. Relationships are not made up of perfect people, so prepare your mind before you have a conversation with him.

Do not let his forgetfulness make you forget what a great guy he is. If you go in with this mentality, you will be more open to listening to him of what he has to say. Nevertheless, do not let him off scot-free, there should be some making up in the works, preferably something that costs money.

2. Set reminders for him

Remembering anniversaries is not something all guys find easy to do. So, if you know he’s not great at remembering dates, do not make it some sort of test every year. He probably puts in the time and effort to take you out for dinner or woo you on other occasions, so do not hold an anniversary over his head.

You could go out of your way to help him by setting reminders on his phone or circling the date on the calendar. This way, he can have a bit of a heads up before your next anniversary rolls around again.

3. Drop a few hints before the day

Make no mistake, women need no help when it comes to hinting at something. Whether you want a new bag or you want him to put a ring on it, hinting often passes the message across. If you know that your man is prone to forgetting your special day, then start hinting at it a few weeks early.

Talk about the fond memories of the day you officially became a couple, or mention some of the things you enjoyed on your last anniversary. If he still does not catch your drift, then you might as well resort to telling him in plain language that your anniversary is around the corner.

4. Understand that men are not biologically wired to remember things

We may all be members of the human race, but men are truly from Mars, while women are from Venus. Studies show that men are more forgetful than women even when presented with the same information. So, unless your boyfriend is as inconsiderate as they come, then he may just be a victim of his own biology.

Of course, this argument is not quite fully baked, there is technology in place to help him remember important dates. But, before you go in there with your guns blazing and whatnot, take into consideration the fact that he may not really have control over it.

Nevertheless, he should not get away with it every single year. At some point, it leaves the neighborhood of forgetfulness and becomes nonchalance.

5. Let him know how you feel

Now, I am not asking you to scream this at him, he will instantly become defensive and you may end up ruining your special day. Let him know how much you value the day you made your relationship official. Communicate in a way that he does not have to feel the same way about the day, because obviously, it holds more sentimental value to you.

Nevertheless, he should put in an effort because he loves you and wants you to be happy. If he truly cares about you, then this simple one-on-one will make him more alert anytime your anniversary comes around.

6. Ask his family and friends to remind him

If you’ve noticed that your boyfriend is a bit forgetful, and you are emotionally exhausted from reminding him every single year, then enlist the help of the people closest to him.

Everyone knows that anniversaries are special, so you should find at least one or two people to help you out. They could either straight up remind him a few days before the day or give you some tips on how to get through to him.

Ultimately, your anniversary is a special occasion for you and your man, so if you spend the whole day crying and shooting passive-aggressive glances at him, then it is your loss too. So, instead of wasting the entire day, simply tell him politely that it is your anniversary, then move on to the rewards part of the reminder.

Yes, I said rewards. The great part about being the one to remind him is that he has to make it up to you. If he truly cares about you, he will go all out to make the day beautiful.

What do you do if your boyfriend forgets your anniversary?

First, try not to resort to dropping passive-aggressive comments, that will only upset the both of you. I know this is hard to do, but approach him calmly and let him know that your special day skipped his memory. Then, watch for his reaction, if he does not care, then you probably have a problem and it is not forgetfulness.

What does it mean if my boyfriend forgot our anniversary?

It means different things for different people. If he constantly forgets your anniversary, it may mean that though he cares about you, he may not necessarily care about the relationship as much. But that is not the only reason, maybe he is simply not the kind of guy who organically remembers every special occasion.

How do you apologize for forgetting anniversaries?

You have to be sincere about your apology, this is not the time to shell out different excuses. Acknowledge that you hurt your partner and look for different ways to make it up to them. For instance, you could send them flowers, a gift, or plan a super special date night.

What do you say when your husband forgets your anniversary?

Forgetting a wedding anniversary is a whole other level of forgetfulness, the significance of the day is monumental. So, if your husband forgets, it may cut deep, but do not lash out. Remind him calmly and allow him to make it up to you for the rest of the day. It’s a win-win situation.

Is it bad if your boyfriend forgets your birthday?

It depends; does he make you happy in other ways and show you love and affection? If the answer is yes, then it really does not matter. Simply remind him and enjoy your birthday with him. But if forgetting your birthday is one thing on a long list of transgressions, then it is a red flag.

I’ll come right out and say it if your man forgot your anniversary, then it is not the end of the world or your relationship. Some people are just not great at remembering dates, so approach the situation with care. Use any of the methods above and you are sure to deliver an apt reaction to this memory lapse.

With that in mind, I hope you picked up a thing or two from this article, I would love to hear some of the ways you handled this situation in the past. Also, pay it forward by sharing this with someone who needs to read this.