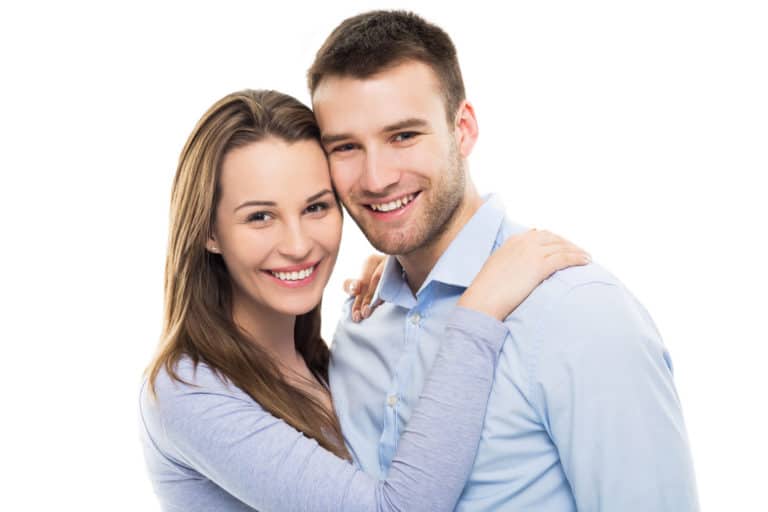 Using a person’s zodiac sign can be a great way to ascertain whether you are compatible with them. Here, in this article, we look at whether an Aquarius man and Aries woman are a good fit. We investigate the pros and cons of this dynamic to see whether an Aquarius and Aries can make each other happy in a loving, long-lasting relationship.

Overall, an Aquarius man and Aries woman can make a good couple. They both have some fantastic qualities and character traits that give this dynamic a good chance of being a loving one. However, if the two individuals within the couple have bad qualities within them that outweigh the good, it can mean that the pair struggle to work through issues as there will be too many for them to resolve thanks to some character flaws.

That being said, if those flaws are not too strong and the couple is willing to work through any problems that do occur with a healthy and open dialogue of communication, an Aquarius man and Aries woman have a very good chance of making a great couple.

Here are some big plus points to either an Aquarius man or Aries woman’s personality that can really help a strong bong build up between a couple of this dynamic.

One of the best things about an Aquarius man and Aries woman pairing is that the Aquarius man is kind, which is something that an Aries woman loves to see in a partner. Kindness is of extreme importance to her so she will be very attracted to an Aquarius man who has a very strong king streak within him. His kindness means that she feels supported in everything she does as well as feeling like he can be relied on to have her best intentions at heart.

The intellect that often comes with an Aquarius man is very sexy from the point of view of an Aries woman. She loves to learn herself and so she loves conversing with an Aquarius partner who seems to have a wealth of knowledge about everything and anything. She also finds the Aquarius want to learn as much as possible very attractive too. She thinks it’s a very admirable quality as it means that an Aquarius man is often trying to learn everything he can about other cultures and ways of doing things.

The Aquarius man is perhaps one of the most charming signs of the zodiac which helps win over the Aries woman. His charm is helped by his deep intellect and his awareness of other cultures. People are often drawn to him and, while unintended, he is often someone that people love to spend time with. The Aries woman likes to be in a relationship with a person who is a much-wanted entity like the charming Aquarius male so often is.

The Aquarius man is incredibly attracted to the optimism that exudes from the Aries woman. She always looks on the bright side of everything and hopes for the best for everyone and everything. In fact, she looks for the best in everyone too and will often see the good qualities in a person far more easily than the bad. This is great news for this Aquarius and Aries relationship as it means that the Aries woman will more often than not let an Aquarian's flaws wash over her.

The Aquarius man will love being in a relationship with an Aries woman who has a strong generous streak within her. It is a common characteristic with this star sign so if it is one of her stronger points, this relationship has a good chance of going the distance. Her generous nature can make her a very kind and loving person to be around which fits in well with Aquarian's similarly kind nature. It means she will never take advantage of his kindness either, which he always appreciates.

While there are some really strong and fantastic qualities that can help this dynamic foster a strong love, there are some flaws in both personalities that can be a danger to their happiness. However, if the pair are open and honest about when these flaws cause a grievance or hurt, they should be able to work through issues if their love is strong enough.

It infuriates the Aries in this dynamic when the Aquarius is indecisive. Sadly, this is a very common trait within that star sign and it can really rub the Aries up the wrong way. She simply won’t understand Aquarian's inability to make a decision at times - despite her optimistic and generous ways.

Even though Aquarius is a very kind and charming person, they can be hard to read. The Aries woman can struggle with this at times as she likes to know where she stands in a relationship at all times. She hates to feel out of control so if she does not feel like she knows what is going on in the mind of her partner, it can foster a feeling of resentment that comes from that feeling of being out of control. This is why communication between these two can make such a difference to their relationship.

Something that will further infuriate the Aries woman to the point of alienation at times is when the Aquarius man becomes so independent of her, he is simply detached. The Aries woman will struggle with this and won’t be able to see it in any other way other than aloofness and his withdrawal from her. She will take it personally and it will be at the detriment of any connection that they do have. She will start to resent his ability to be without her and she will start to feel insecure as a result.

In stark contrast to the Aquarius indecisive nature, an Aries woman can be very impulsive. While this can sometimes form some semblance of balance between the two that works, it can also be cause for a certain amount of friction. If that friction gets too much, arguments can ensue due to the Aquarius thinking that the Aries is reckless and thoughtless. She will, again, take this too personally and find the relationship too restrictive if she can’t always act on her natural impulses.

The Aquarius will also struggle with the inpatient side to the Aries woman. She will sometimes come across as quite feisty which will not sit well with the Aquarian’s easy-going and charming ways. Her impatience with his indecisiveness will also cause an imbalance in the relationship that can be a source for arguments if the issues are not addressed early enough with open and frank conversation.

Can an Aquarius man fall in love with an Aries woman?

An Aquarius man can absolutely fall in love with an Aries woman. Whether they remain together in a  strong and happy relationship will depend on their ability to talk through any problems that they come across that occur due to negative parts of their personalities.

Is an Aries and Aquarius compatible?

The Aquarius and Aries compatibility is a good one if the pair find that their good points outweigh their weaknesses. Problems can occur for this pairing if the two people do not talk to one another enough about issues that arise because of those weak points.

Why do Aquarius love Aries?

An Aquarius man loves an Aries woman due to her many good qualities. Those include being very optimistic and generous in addition to being one of the funnier signs of the zodiac. Additionally, they are loving creatures who are also assertive and courageous - two qualities that attract an Aquarius.

Most typically, it is seen that the best signs that an Aries woman should marry are a Leo or a Sagittarius. However, she can find lasting happiness with an Aquarius male as long as they find their good qualities outweigh the bad qualities in each other.

Who is Aries sexually compatible with?

An Aries will be sexually compatible with an Aquarius, Leo, or Sagittarius, though they can find satisfaction with anyone if they make sure they say what they want in bed. An Aquarius male tends to be a very attentive lover, while the Leo or Sagittarius tend to have similar needs to an Aries.

Do Aries And Aquarius Make A Good Couple? - Conclusion

All in all, the compatibility of an Aquarius and Aries is strong enough for the relationship to be one filled with love and adoration. That love connection is often very strong between this pairing as their personalities balance well with one another.

Issues arise if the flaws in their characters are some of their stronger points so that there can often be sources for friction between them. However, even if this is the case, if they are willing to talk through those points of frictions, other parts of other characters should be able to bring the couple to a happy resolution.