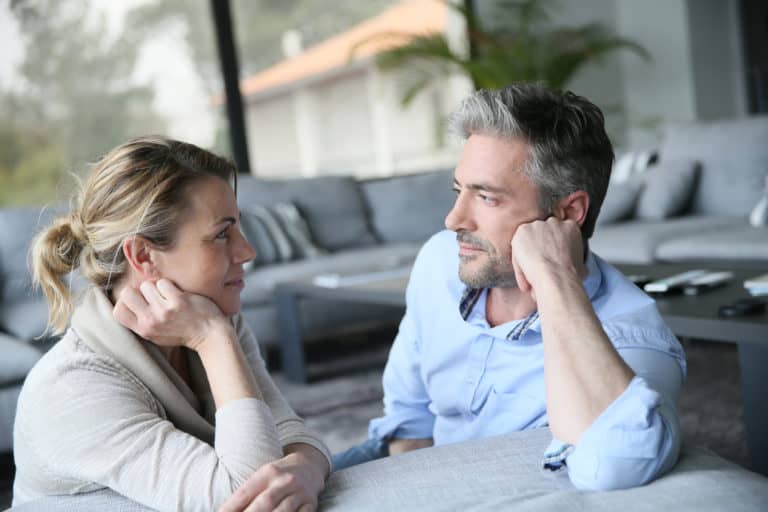 There are thousands of books on understanding the male brain. We obsess over what they’re thinking. We blame differences on them being genetically different. However, this does nothing to help us out when it comes to that special guy in our life.

In fact, it can hurt the relationship because obsessing over something and spending hours reading books that are the opposite of helpful just makes us even more confused.

If you want to work towards understanding men in relationships, these eleven tips will work wonders for your relationship. I’ve compiled the best of the best advice from men, psychologists, and personal psychology knowledge to help you understand what is going through a guy’s mind.

These tips are not a complete guide to everything that is going on in your man’s mind. Men are all different from one another, so what one man is thinking is definitely not what another man is thinking. However, there are a few tips that you can use that will apply to most men.

We’ve all more than likely heard a guy say that we’re a great friend, or they want us as a friend. Then, our minds tell us that they just meant for now. Perhaps we think that they’ll change their mind. When men say they want to be friends, they mean friends. However, if you’re open to FWB, most guys will be open to that too. Believe him when he says he doesn’t want a relationship.

2. There’s no complete guide to your man

Every woman wants a guide to what’s going on with their man. We want to know what they’re thinking. Why they react the way that they do. However, there isn’t one. These tips are going to help you, but you have to remember that every guy is different.

Men are raised differently than one another. Their diet may be different. Habits vary. All of those things, and many more, will have an impact on your man and the way he thinks. They’ll even have an impact on the way he views relationships. Take this advice into consideration, but always remember that every person is unique.

3. Men don’t pull away because they are cheating or falling in love

Those aren’t the only reasons they pull away, though. Men in relationships might need space because they are stressed. Males are conditioned not to talk about their feelings as much as a woman does, so they tend to pull back in a relationship when they are going through things.

The same thing happens when they are trying to figure out something. It could be that the lawnmower is broken.

4. A lot of men develop an avoidant attachment style due to social conditioning

A lot of girls seem to be under the impression that men have a different brain that makes it more difficult to communicate or deal with emotions. While they may be genetically different from women, it does not make it impossible for them to effectively communicate with women.

This is often due to social conditioning. Boys are encouraged not to discuss their feelings growing up. Instead of forming friendships based on socializing, they form bonds through playing sports together or having similar interests.

Through this social conditioning, men are taught not to discuss emotions and may avoid conflict because it can involve discussing those same emotions. Once you learn more about avoidant attachment style, you might have a new understanding of your man. This can tell you why he probably needs so much more space than you do.

5. Women need to create a safe space for partners to communicate

Because males are socially conditioned to avoid or internalize emotions and/or problems that can make them appear weak, women need to go the extra mile for their partner to feel safe when speaking about their feelings.

Positive reinforcement helps, as does, not telling other people what your man says. Men and women both need a safe space to express themselves, but this is particularly important for people with an avoidant attachment style.

6. They need direction in relationships

If you want to know what your man wants, you’ll have to ask him. You can’t read his mind. Your boyfriend also can’t read your mind. Men and women often make the mistake of assuming in relationships, but this leads to a lot of conflicts.

Instead, realizing that men don’t know any more about women than we do about them can go a long way to help you when it comes to understanding men. They do things for themselves and assume what you want based on previous experiences. If you want something else, you’ll have to communicate with them and teach them how to be in a relationship with you.

7. They need love too

If you want to understand men, it’s important to know that they need love too. They want someone to take care of them. Guys love to get compliments. A simple text about how amazing they are in the morning can brighten up their entire day. Not only do they need love as much as we do, but they also need to feel wanted and loved.

8. They don’t just care about sex

Men often get a bad rap because they come off as unemotional. It leads people to believe that they just want sex, but that couldn’t be further from the truth. For every guy that just wants his physical needs met, there is another one that is interested in dating and getting married. Don’t assume that all guys are the same and only after one thing.

9. They love to fix a problem

One of the main things that women need to remember when they are trying to understand their guy is that most guys are fixers. They see a problem, and they want to fix it. This might seem like a good thing, but it can cause problems in relationships.

This is because a woman needs to talk about things. Keep in mind that we’re conditioned to bond more over talking about people and problems. This leads to a woman wanting to talk to her boyfriend if there is a problem.

The guy in the relationship, however, will want to fix the problems. He doesn’t want to spend hours discussing it with his girlfriend when it can be fixed quickly.

Those guys that are known for being after just one thing might not be players without feelings. Sometimes, boys have a genuine fear of commitment. They crave marriage and a wife, but the idea also terrifies them. This fear of intimacy is common in people that have an avoidant attachment style.

11. There are key differences in the brain

While we shouldn’t blame everything on these, it’s important to note that there are differences there that can affect behavior. Women, for example, have a larger hippocampus. The hippocampus helps us deal with stress, memorization, and learning. It also seems to function differently in both sexes.

The way that the two hemispheres communicate with one another is also significantly different and can attribute to some of the behaviors that we see in men. This could be why they are fixers and a woman is usually not.

These behavior findings are interesting, but it’s important to note that they are not the sole reason that men typically do not effectively communicate as well. Social conditioning plays an important role in this.

How do you know a man is in a relationship?

Ask him. Most men will tell you. If they don’t tell you, they might refuse to commit. They won’t let you touch them before they go home to their wife because they don’t want to smell like you. If you’re a side chick, you’ll slowly start to notice all the signs, from him only being available at certain times to never visiting his house.

What does a man want in a relationship?

How do men think when they are in love?

When men are in love, they tend to get happier and think about things a little less. This is because the same chemicals that flood through a woman after sex start to flood through them, too. It’s such a rush, it can be addictive, just like taking a highly addictive drug.

How do you understand a man emotionally?

Understand that men do not feel the same as a woman emotionally. You also need to know that men are not all the same. They all have their own thoughts and feelings regarding situations. Taking the lead to have good communication in the marriage can work wonders.

Two of the things that lead to a man falling in love is that a man is confident he can make his partner happy, and he knows that she wants him too. Men tend to fall for women that they think are genuine. Don’t fake a personality or give them compliments if you don’t mean them.

Men are not easy for women to understand. It’s important to remember that every guy is different, so there is not a list that will instantly help you understand your husband. There are some keys you can use to help unlock the door, though. What would you add to the list?