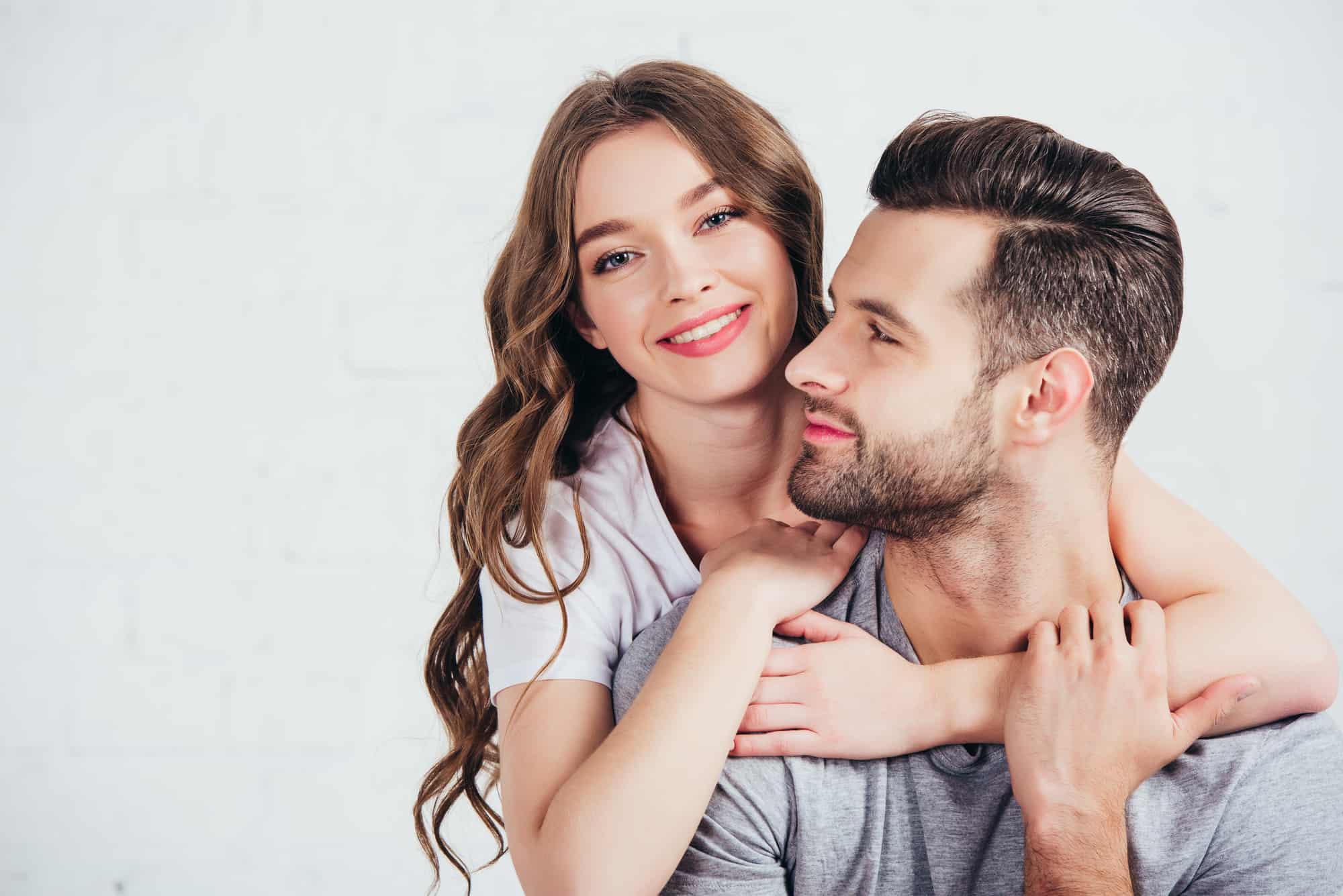 Gemini and Libra have both been identified as air signs; hence, they have a couple of things in common. The similarities between these two include curiosity, intellectual proficiency, trust, honesty, as well as love and respect for their partners.

I know you must be wondering if a Libra man and Gemini woman compatibility exist. Could they love one another long term? Could things between these two air signs really work out? Well, you’re about to find out, keep reading to see if the Libra man Gemini woman relationship can work out.

The Libra man and Gemini woman both share a similitude in their sexual behaviors; they are both explicit and love to communicate their sexual desires freely. Furthermore, Libra men have been identified as the best lovers of the zodiacs, but they also care about the sexual satisfaction of their partner.

However, given the fact that he is ruled by the sun, he tends to get extraordinarily selfish and self-isolating if his sun is damaged. On the other hand, the sexuality of the Gemini woman comes in particular dynamics. She loves and appreciates her body, so she enjoys being naked.

She is the kind that would make the first move when it feels right. She loves to experiment with new things, as well as try to spice up her sex life as much as she can. Ultimately, they both share curiosity as a common trait, which makes them compatible sexually.

Libra men are notorious for their complexity, they strive to find balance in the world, be fair in judgment, as well as seek justice in all things. These ideological elements contribute to why they are indecisive.

In order to achieve self-realization, he self isolates, thereby breaking away from all forms of dependencies so that he can become aware of who he is without external influences. The Gemini woman, on the other hand, wants to be heard; she yearns for her opinion to mean something to the world.

They long to be with smart men; someone to move with them and not hold them back, and a sign that will understand and love them the way they deserve. Nevertheless, while Geminis want to be heard, Libras are more indecisive and want to attain self-actualization without external influence.

However, Libras have the tendency to learn from someone who appears to be more enlightened than them. So will the Libra man and Gemini woman compatibility test score more than 50 when it comes to understanding one another? Yes, these two signs enjoy sharing ideas, and their genuine curiosity could be the rope that holds them together.

Libra men are seen as trustworthy; although, in his quest for the perfect partner, he can change a good number of women, and this can be the reason for their low self-esteem. However, when he finds the ideal partner and gives her his words, he will never go back on it.

Geminis are also very honest and trustworthy. When the woman is allowed to say her mind, she will always opt for the truth rather than tell a lie. Even though the ruler of Gemini is Mercury and, as such, gives them a natural flair for telling lies on occasion. It is imperative to note that this does not necessarily sum up the behavior of the Geminis.

However, the Libra man and Gemini woman compatibility is possible when these two wholeheartedly trust each other.

The Libra man is known for his ability to show deep affection. Let’s not forget that Libras have the fundamental Air element, and this is responsible for his speed and intent. Libra men have the ability to love and even foresee marriage quite early, which can scare away partners who perceive their dreams as unrealistic.

When Geminis fall in love, they develop a sudden flare for sweet talks and cuddling. She knows what she is looking for and would rarely say that love is blind. However, when the Libras tend to be the most loving of all.

Also, there is always going to be good communication between them both, as Gemini women will always seize the opportunity to air their views. Furthermore, the relationship will be wild and adventurous as they are both curious and open to new things.

Other than the fact that Libras are passionate lovers, who sometimes seek self-validation, they can often be insulting and unaware of different people's feelings. This mainly happens when they are on a journey to attain self-independence. Nevertheless, they are passionate about justice, fairness, and equality.

This is something Geminis will not tolerate, as they most times want to be heard, respected, and treated as equal. Make no mistake, they are usually friendly and can easily fit into any social gathering. However, they are generally outspoken and caring when in love.

So in terms of compatibility, Gemini and Libra make a good pair as the Libras and are most likely to agree to disagree about things.

Libra men will always want to be with someone consistent, responsible, and reliable. The Gemini woman, on the other hand, has their eyes on tall, intelligent, and smooth-talking men. This personality might not be easy for the Libra man to put up, especially when his sun is down.

However, both the Libra man and the Gemini woman are air signs. As such, pay particular attention to their partner’s mental personality and the way they think. There could be a common ground for these two to thrive, and their long term friendship or relationship can become symbiotic overtime.

Do Gemini and Libra make a good match?

These two air signs can quickly establish a good relationship because they both share curiosity as a fundamental characteristic. Yes, sometimes, the Libra man might want to self-isolate to attain self-actualization, he is known for being a deep and passionate lover. This is a feature that a Geminis would appreciate as they always long to be loved by an equally curious and intelligent man.

Why is Gemini attracted to Libra?

They are attracted to Libra because of the intellectual proficiency they have to offer. The Libra man is also drawn to the Geminis because of their chatty and outspoken nature. Plus, the fact that Libras strive to uphold a balance in life is a significant factor that draws the Geminis to him. They both share a similitude in mental strength and uniqueness in ideologies.

A Gemini man can trust his Libra woman, as Libras are known for their trustworthy nature. She will make efforts to create a balance by making his life more organized than it used to be. Furthermore, a Libra woman is a passionate and profound lover who has the speed and foresight of the future, it may appear unrealistic but she doesn’t care. This futuristic lifestyle has a way of making a Libra woman become irresistible to a Gemini man.

Can a Gemini man and Libra woman work?

A Gemini man and a Libra woman are a perfect match. They will most likely connect on an intellectual level, which would make them extremely attracted to each other. The Libra woman is one of the few signs that have what it takes to keep a Gemini man in a committed relationship.

Plus, the Libra woman is known for her honesty and passionately loving. This matches the needs and desires of a Gemini man who is outspoken and longs to be loved and cared for.

Can Libra and Gemini be soul mates?

There is no likelihood that there would be a conflict between these two zodiacs. Both are airs and are on the same wavelength. After all, the Gemini has the capacity to effectively communicate their opinions and grievances.

In contrast, the Libra has the intellectual agility to strike a balance in the relationship, be fair, and seek peace and justice. They both require freedom, change, and respect. Furthermore, it is imperative to note that trust and honesty will not be an issue in this case, as they both have that on the checklist.

To Wrap It All Up

The Zodiac signs have their differences, but they also have a lot in common. The Libra man is known for his capacity to love and take care of his partner. He is also a trustworthy person who seeks to strike a balance; even though sometimes, he might be indecisive with life choices. The

Gemini’s personality, on the other hand, is an outspoken figure that loves their opinions to be heard and respected. These two zodiacs would make a great match as they have what it takes to keep each other happy and satisfied.

If you find this article helpful, please feel free to leave a comment below and share it with family and friends.