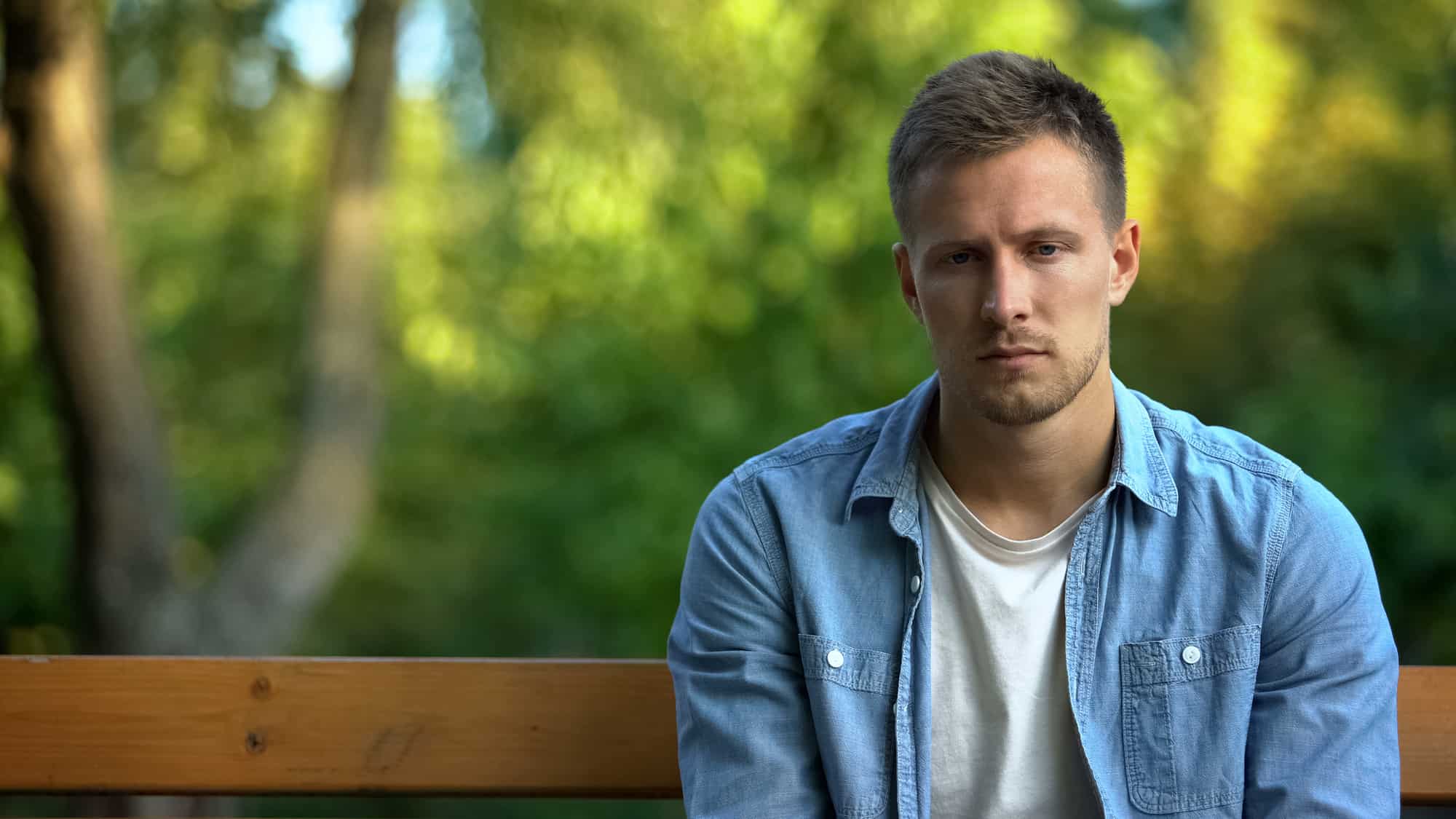 Figuring out how to attract a Libra man is easy, the real work lies in keeping him interested long enough to commit.

As a zodiac sign ruled by Venus, Libra men are masters of romance and pleasure. They are naturally drawn to beauty and luxury, and their affinity for sensuality would make you fall in love with them faster than you can say Jack Robinson.

Aside from the vibe they give off, few zodiac signs can measure up to the gift of the gab of an average Libra man. Add their excellent communication skills to the fact that they are usually easy on the eyes and fashion-forward, and you’ll understand why every girl wants this air sign.

Nevertheless, dating Libras isn’t without its challenges. They can be fawning over you one day and have you wondering “why are Libra so cold?” the next. You’re probably here because you’ve had a taste of this inconsistency and are having a hard time reconciling the man you fell for with this cold, moody guy.

If your Libra man has suddenly become distant and you want to know why, then keep reading.

1. You’re Getting Too Fast

When you’ve found the one, it’s natural to want to throw caution to the wind and jump right to the beginning of forever. A Libra man would probably agree with you on this until it comes to a relationship with him.

See, it can be confusing what a Libra wants from you romantically. When he has the hots for you, he serenades you like he’s never liked another girl before. Even a casual hook up with this man can be sensational because he genuinely aims to make you feel special. However, things get tricky when you start going faster than the pace he sets.

He skips several steps to make the experience wholesome for the two of you, but god forbid you actually want to continue at that pace. The Libra man rates a relationship too high to jump into it with everyone he has chemistry with (it’s a lot!) So if you show signs of doing that before he’s ready, he can become distant.

If you’ve spent some time with Libra men, you’ve probably noticed they can be highly indecisive. An average Libra has a hard time choosing because he wants the best of everything. However, he is also smart enough to know people don’t always have the patience to appreciate this trait, so he typically goes with what the other person wants. This works for the small stuff like which restaurant to eat at or what Netflix shows to watch.

Unfortunately, they still have to make some decisions on their own, like whether or not they want a relationship with someone. Everyone weighs their pros and cons before taking a big step, but Libras probably do more than most. Once a Libra man realizes you have feelings for him, he may take a roll back to see what to make of that. He won’t ask for space, but he’d take some when he isn’t sure whether to pursue a relationship or let you go.

3. You Hurt Him Terribly

It takes a lot to push a Libra to anger, and they do their best to avoid confrontations. They make the best friends because not only can they communicate on any level, Libras also do not hold grudges. A Libra man would naturally turn the other cheek to let harmony flourish because they thrive better that way.

Nevertheless, even these super-patient people-pleasers have their limit. A Libra man may forgive you multiple times, but he won’t stand for anyone who continues to take advantage of his niceness. He may not hold it against you, but best believe he makes a mental note every time he gets hurt. And once he’s had enough, he detaches himself from the relationship and runs.

4. You Don’t Vibe On The Same Wavelength

As an air sign, it’s vital to Libras that they connect intellectually with their partner. Don’t get me wrong, the simple answer to how to attract the Libra man is beauty. But that gets old quickly, so you need a little substance between you to maintain your bond with this sign.

He is always on a balance-seeking mission, so he doesn’t mind if you have different interests or whatever. Notwithstanding, he wants to be able to share some experiences with you that can only happen if you genuinely share some similarities.

So while not operating on the same level may not be an issue at first, a Libra would eventually withdraw if he’s unable to make a cerebral connection with you because that’s something he treasures.

As I mentioned earlier, Libras are huge people-pleasers, and they do their best to avoid confrontation. If the world were an ideal place, they could go their entire life without breaking anyone’s heart. Yet, it is not, and some things are inevitable. These guys are total social butterflies, and their ability to be inclusive of most people can sometimes be misinterpreted as more.

You may have gotten the wrong idea from how friendly this dude was to you. And he may have chickened out of setting the record straight or even gone along with it just to spare your feelings. Unfortunately, he can only act for so long. If all you had to go on was how attentive he was, and that’s changed, chances are it was on purpose, and he’s hoping you take the hint.

As their symbol suggests, Libras are big on fairness; both to others and themselves. He likes to give the benefit of the doubt and appreciates when you accord him the same. Without trust between you and this man, your relationship with him can’t go very far.

He needs to have confidence in you that you’d be able to do the right thing, as he can’t stand injustice from anyone. So, if you tend to play mind games or have cheated on this Libra man before, remember he doesn’t forget. Likewise, he needs to know that you trust him and won’t question his intentions every five minutes.

Despite what their extra-friendly attitude with other ladies may suggest, Librans are usually loyal people once they commit to someone. But if he constantly has to prove himself to you, he’ll eventually grow tired and become distant.

Librans are visual creatures drawn to the pleasures of the world like art, beauty, poetry, romance, and all things luxurious and sophisticated. The fastest way to turn one off, especially males, is to get so comfortable with him that you let yourself go in these areas.

Once you stop putting in the effort to present yourself in a sophisticated manner, a Libra man’s interest in you begins to decline. This is not only because he is superficial, as a lover of philosophy, he tends to read meaning to little things. So going from a 10 to a 2 in your presentation really doesn’t help your case with this cerebral sign.

8. He’s Found Someone Else

Another thing that can cause a Libra to become distant is if he has fallen in love with someone else. The recipient of their affection tends to primarily get most of their attention too. He doesn’t do well with splitting himself into two places when that’s more time he can be spending with his paramour.

As much as he’s less likely to cheat if a Libra hasn’t fully committed to you yet (Oh, you’ll know when does), he continues to be a free bird at heart. As the sign of relationships, you can bet that this guy doesn’t like to remain single for very long once he’s found the one. If you’ve gone out a couple of times and he’s suddenly withdrawn, it may simply be because you’re not it for him.

9. He Wants Out Of The Relationship

Naturally, Librans feel the need to be liked and be at peace with everyone. This can be tricky when it comes to ending an unwanted relationship. Remember, they like being fair and hate confrontations. So, he is the last person you should expect to come out straight and let you know he isn’t feeling you anymore.

A Libra man is diplomatic and would rather give you a gentle nudge towards ending things than do it himself because who knows if he’ll want you again tomorrow? The point is, once you’re no longer on the same page with this sign mentally, emotionally, or physically, becoming distant might be him telling you he wants out.

What does it mean when a Libra man stops texting?

When a Libra man doesn’t text back on time, it could just be as a result of him taking his time to compose his reply. However, if he stops reaching out altogether, it is very likely that his interest in you has waned, probably because he’s met someone else.

How do you know if a Libra man misses you?

You won’t have to wonder if a Libra man misses you because he is straightforward enough to tell you. As the hedonistic beings they are, Libras hates to suffer. So if there’s a possibility that talking to you would give him pleasure, you can expect him to reach out.

Would A Libra man regret losing you?

If you know how to attract Libra man, and equally know how to relate with him, chances are he would hate to lose you. Libra men love partnerships, however, if things weren’t that serious between you and you did something that warranted him cutting ties with you, he may not regret it so much.

How do you tell if a Libra man is using you?

Libra men usually don’t use people, as their need to keep a pristine reputation leads them to make sure their relationships are mutually beneficial. Nevertheless, you can tell you don’t want the same things if he treats you like every other person, which is not bad but not particularly special either.

How do you make a Libra man miss you?

The best way to make a Libra man miss you is to be patient. Don’t act like you need his attention and he would eventually come back. Be confident and self-assured then give him space, but don’t stay out of sight for too long, so he doesn’t get over you.

If you date a Libra man, you are in for a treat but if he hasn’t defined anything with you yet, don’t get your hopes up. Despite their flaky personality, Libra men don’t do things without reason, so if you feel like yours has become distant, check some of the reasons above. As usual, please leave a comment and share the article if you enjoyed it.

You May Also Like
Libra Man And Libra Woman Compatibility (Love, Sex & Communication)
No Comments
How To Make A Scorpio Man Obsessed With You (7 Ways To Do It)
3 Comments
What Happens When You Ignore An Aquarius Man (13 Surprising Reactions)
1 Comment