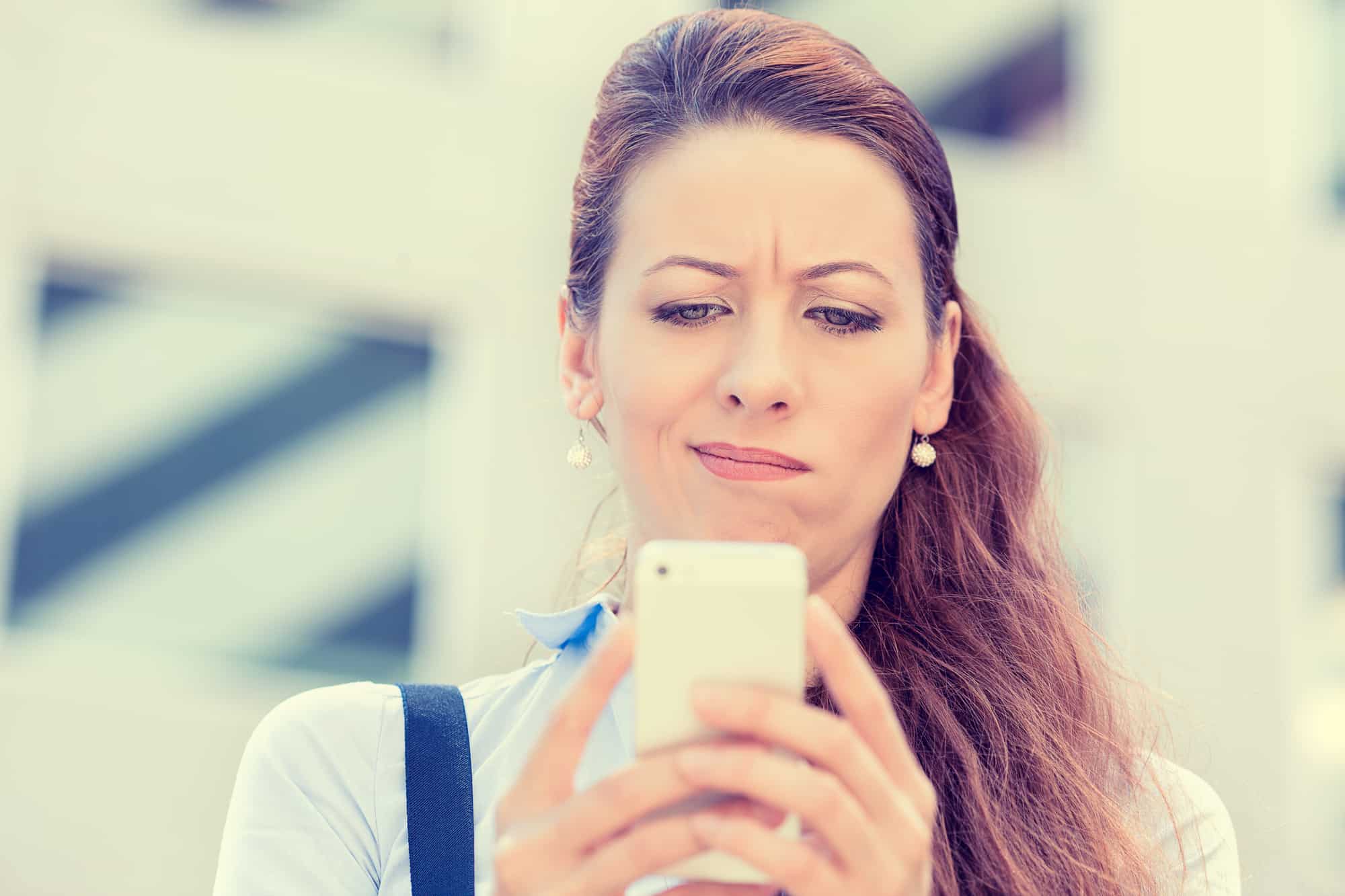 So a guy asked if you are a virgin? Some guys are just too nosy and rude, right? I guess a lot of girls are used to being asked the question, “Are you a virgin?”. It could be that male friend who may be wondering about your sexual status or that dumb guy you went on a blind first date with. Almost every man has some uncommon audacity to ask girls this question.

Sex is a personal choice and what you choose to do with your body is solely your business. You may be going on dates with a new person, and he may want to know but you shouldn’t answer if you don’t want to. This also goes for your friends both girls and boys.

Some may be asking out of interest, others may be doing it out of mere curiosity. Either way, it is dependent on the situation and who is involved.

You are under no obligation to discuss how sexually active you are. Whether you are, or not, because for what reasons, would guys ask such a question? No girl should be shy that she is a virgin, whatever age it is, she has attained. No woman should be subjected to judgment because of what she does with her body but some men seem not to get the memo.

Let me help you with some ways to respond if a man asks if you are a virgin.

In the past, it was not unusual to hear news of young virgins being sacrificed during an occult procession. Maybe you are being sarcastic or merely looking out for yourself, but any man who gets asked this question: “Are you in an occult?” in reply to the “Are you a virgin?” question will have to do some double-take and rethink his question. He will likely ask you “Why would you ask me that?”.

Well, you can reply with “Why would you ask me that too?”. And if he is too dumb to understand the message you are trying to send across, and would still want to know, just tell him that you are not ready to sacrifice your blood to Satan. You are too young a girl to die and that you intend to make it to heaven. That should be enough to get him to change the subject.

Another way you can also respond to this question is by asking him the same question. Sometimes, when guys ask this question, it may be because they want to have sex with you and want to know what to expect. Some guys will readily answer, but the manner in which you pose the question will determine whether you have an interest in their “hidden” offer or not.

Some guys ask this question too because they want to play foul. Some just ask this question to have some dirt on you. Art, they say mirrors reality, so I am reminded of movies where the virgin girl is mocked by most people because she trusted one silly boy too much.

3. Tell Him The Truth

There comes a time in every relationship where your partner would need to know whether you are/ have been sexually active or not. Because you have known this man enough to love, trust and have a relationship with him, you ought to tell him the truth.

Even in a relationship, some people like to remain virgins to preserve themselves for marriage, so a time will definitely come in your relationship where you are going to talk about it.

Or if it is a male friend you trust to keep it a secret, well fire away! It could also be that you have gone on a couple of dates with this man, and in your opinion, he is Mr. Right. Then, it is fine to let him on that secret about yourself.

Most relationships require active sexual activities to be sustainable and thrive. However, if it is your personal choice to still practice abstinence till you two get married, then your boyfriend ought to respect your decision. But, if he feels he cannot live with that decision, you would need to decide if the relationship is worth it or not.

4. As You Can See, I Am Pregnant With Twins, So Guess

Another crafty answer you can give is to tell him you are pregnant with twins, so he should guess. Now this answer is bound to leave the man in confusion, because he may be asking himself, “Is she really pregnant? because she doesn’t look so” or “Is she messing around with me?”

Enjoy that brief moment of confusion on his face as he tries to decipher what it is all about.

I guess sarcasm makes it easier and fun to answer then.

When a man wants to know if you are a virgin, you can obey the courtesy rule that says if you have nothing nice to say, then say nothing at all. Even though it was not nice of the man to ask you that question, sometimes, you have no control over the shallow-mindedness of some people.

So, in an attempt to be polite and treat him with respect, you could decide to ignore the question as a whole and keep playing deaf and dumb till he lets go of the whole virgin conversation. The funny thing is he might still see you as rude.

6. Nobody Is A virgin, Life Screwed Us Up

A girl could provide comic relief to this question but saying that life screws us up constantly. I am sure the man may have been screwed up during his lifetime severally, and it is something he can relate to. So it may produce a good laugh and you two can move on from that conversation, especially if it is the first date.

7. It Depends, I recently Started Believing In Mary, Jesus’ Mother

This response is so crude! But so is the virgin question. Anyone who has visited Sunday school knows that even though Mary was a virgin, she got pregnant.

This response is simply saying I could be a virgin. But again I could not. Then reply with ‘’I mean, look at the mother of Jesus, and since I started believing in her, she might just lend me her grace to be a virgin or not. She was a woman and so am I.’’ If the dude doesn’t get the memo, well, isn’t that too bad?

8. It Is Highly Classified

With a serious face, after he asks you if you are a virgin, tell him that it is classified, and he still keeps persisting, you will have to kill him. This will produce a reaction that will let him know that he has ventured into the protected territory

9. It Depends On The Country We Are In

Guys like asking if you are a virgin, here is another way to confound their minds. Tell them that it depends on the country we are in. Virginia is a state in the United States of America, so judging from its name, it could be a place for virgins. Laughable right? Perhaps, that should teach guys not to indulge girls in such conversation. It should not even be in their minds in the first place.

Almost everyone is conversant with horoscopes, some guys inclusive. The horoscope, Virgo is known to be associated with a virgin. So, correct them and use any other horoscope sign but virgin to depict how offensive their question is.

11. Let Me Know When You Are Done Sleeping With Me

Girls need to be very assertive when replying to this question. They could reply by saying the guys asking the question can know about their sex life after they are done having sex with them. While this is an honest answer to such a repulsive question, the girl may have already been turned off by the question.

No mature man would send girls on a couple of dates just to ask her that. It should just tell you what is happening in the man’s mind, and what he thinks about virgins and women with an active sex pattern. It is possible he might sound judgemental if he gets to know.

What does it mean when a guy asks if you are a virgin?

It means the man is rude and shallow-minded. It may also mean that he is genuinely curious. It can also be that this person is a busybody who likes to poke his nose in affairs that is of no concern to him.

Is it weird to ask someone if they're a virgin?

It is downright rude and offensive to ask someone if they are a virgin.

Can people tell when you're a virgin?

No, they cannot but some may be able to point out signs which may suggest that you are a virgin.

Does a guy feel pain when he loses his virginity?

Biologically, guys do not have hymens, unlike girls, whose hymen is stretched open during the first intercourse which causes bleeding and can be hurtful. So, No! A man does not feel pain when he loses his virginity.

How do you know when a guy is still a virgin?

These signs show that a guy is still a virgin: He is a bad kisser, he is always shy when around girls, so he may be very uncomfortable when you ask him out on a date, he is often shy about touching you, especially in public, he is so extra about asking for your consent before touching you, he has quick orgasms and he may unsure of what he is doing during sex.

To end with, girls, do not allow guys to ask you about your virginity. It is absolutely rude and offensive for a guy to do so. So, from the options above, choose your pick of responses to give out to these not-so-bright guys if they want to know about your sex life, especially when you have no relationships with these ones.

I hope you enjoyed this article. Let me know your feedback in the comments section, and do not forget to share.