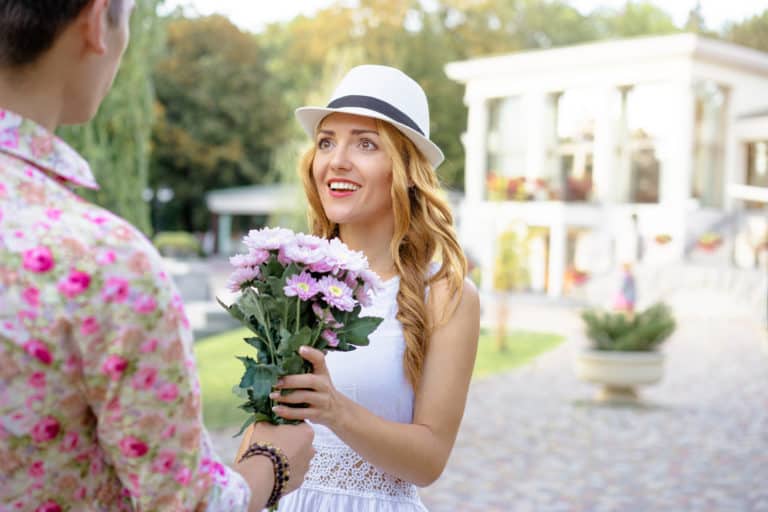 Dating Someone Who's Never Been In A Relationship

Finding a person that you like and want to start an exclusive relationship with can be hard at times. On occasion, there will be people that we meet who we really like, but it turns out that they have never been in a relationship before.

To some, this will be a big warning light, while to others it will only be a little odd. Either way, it does beg the question, why haven’t they had a serious partnership with another person. It can make you question whether there is a bigger issue at play that you are missing.

Here, we look at the reasons a person may not have had a serious relationship with someone else before. No one likes to feel like they have missed out on something that should have been seen the first time you met a potential love interest, and this list of 13 reasons a person has never been in a relationship can be really helpful as a result.

13 Reasons Why A Person Doesn’t Have Relationship Experience

Not all these reasons will be why one person has never done anything more than superficial dating before. Just one or two can be key reasons why they have never been in a serious partnership.

Low self-esteem can be a huge factor behind why things have never progressed into a serious relationship for a person before. Dating can take a lot of confidence for some and if they are unsure of themselves, they will always find a way to convince themselves that date is not, and could not, be interested in them.

If you think this is the case with someone you are interested in, make sure you take things slowly with them and find a way to reassure them of your feelings.

Sometimes, people don’t start relationships with others because they simply end up being friends with the person they are dating.

Additionally, their own friends can get in the way - not through swooping in and starting up with the person they are dating, but because friends can often provide a lot of fun and distractions. Those distractions can stop a person from pursuing a relationship.

It is very common for people who are dating never to start a serious relationship with one another due to communication issues. Not fully understanding what the other person wants is a huge motivator for walking away from what could be a loving and successful partnership.

Things never progress to that stage though as neither make sure of how the other is feeling. Dating a person who does not know how to express their feelings well is hard, but give them time to open up to you.

Sometimes, people have just been really unlucky in the dating world. They may well have dated people that they wanted to take things further with, but for whatever reason, it did not transpire to a fully-fledged relationship.

This will have been down to the other person and through no fault of their own. Unrequited love can be very difficult for a person and it can then go on to knock their confidence, which can help perpetuate the problem too.

Even though we are all living in an increasingly open-minded society, there are still people who feel the need to cover up their own sexuality. This can have serious ramifications on the success of any relationship that they do start, as, if they are struggling with their sexuality, the chances are that they are not ready for a committed partnership.

This could have been an issue that plagued your potential love interest in the past, which has now been resolved.

Often, people do not have long-lasting partnerships with another person simply because they don’t want to be in one. As we grow up, we have very different priorities, and as a result, some people simply like to date and nothing more.

They like the fun and the frivolity of it, but don’t want to be tied down to one person. It could be the case that your potential love interest is still not ready for a relationship - or it could be you are the person that does make them want to settle down.

We all have increasingly busy lives. One of the reasons that we often do not get as much time as we would have liked to dedicate to a relationship is because of our jobs and careers. In fact, for some, a career can get in the way so much that they have never had the time to be in a serious partnership before.

If you have someone in your sights that you fear this could be the case with, make sure that they do have the time to date you now before you fall for them too strongly and find out that they don’t have time for anything more than superficial dating.

Our formative years have a lot to answer for when it comes to our romantic life. How we saw our parents and responsible adults around us interact with one another can have a huge bearing on how we approach relationships when we have grown up.

If your potential love interest has had a troubled childhood or comes from a ‘broken home’ it could be that they struggle to know how to be in a committed relationship with anyone at all.

Some of us simply are not mature enough to be in a committed relationship with another person. If we are immature we tend to be self-involved and as a result, never can make the leap to exclusivity.

This is because an emotionally immature person will always put themselves first, which is not what a successful partnership will ever need. Instead, compromise and sacrifice are what is needed. Have faith though, your potential love interest could have gained some emotional maturity by the time you meet them.

People can be more easily hurt than others. For this reason, they can walk away from partnerships before they get too serious - either for fear of getting hurt or simply because their sensitive ways means they have been hurt to gravely already.

If you fear this to be the case with your potential partner, take your time, and constantly reassure them of your feelings.

Ego can be a huge factor behind why things don’t ever progress to exclusivity for a person. They simply stop a relationship before things really take off because they no longer believe that the other person is good enough for them.

Or, sometimes, they like to break things off and run before the other person has a chance to hurt them. Either way, again, take your time with your potential love interest if you believe this is the case with them - and ensure you don’t get hurt in the process either.

Some of us simply will have been too young to have started a serious personal relationship with another person before. If you are dating a guy or woman who is much younger than you, you need to be prepared for the fact that age may have precluded them from having very much, or any, relationship experience.

Setting standards and expectations too high can be a key reason as to why a person never has never been in a committed relationship before. Having unrealistic expectations of another person means that they will never reach those standards. Failure will always occur therefore and as a result, a relationship will never materialize into anything more than just a few dates.

How do you date someone who has never been in a relationship?

Dating someone who has never been in a serious relationship may be difficult for some, while for others it will come very naturally. Take every day as it comes and try not to judge them on their reactions to you or to arguments due to being a relationship virgin.

Is it weird to have never been in a relationship?

It isn’t weird not to have been in a relationship before. Everyone is different and will have had different experiences in their lives and the dating scene. This is what needs to be taken into consideration before writing someone off as relationship material.

Is it a red flag if someone has never been in a relationship?

What percentage of people have never been in a relationship?

Are some people meant to be single?

Dating a person who hasn’t been in a committed relationship before can be hard at times. In fact, it can even put someone off taking things further for fear that there is something materially wrong. Try not to put too much pressure on this issue, however.

There is more often than not a very logical reason for it and one that may not even be a problem anymore - like age or maturity. Either way, take things slowly and ensure that you are both having your needs met. Talk to each other when a problem arises and you should find that your honesty makes for a successful and long-lasting relationship.