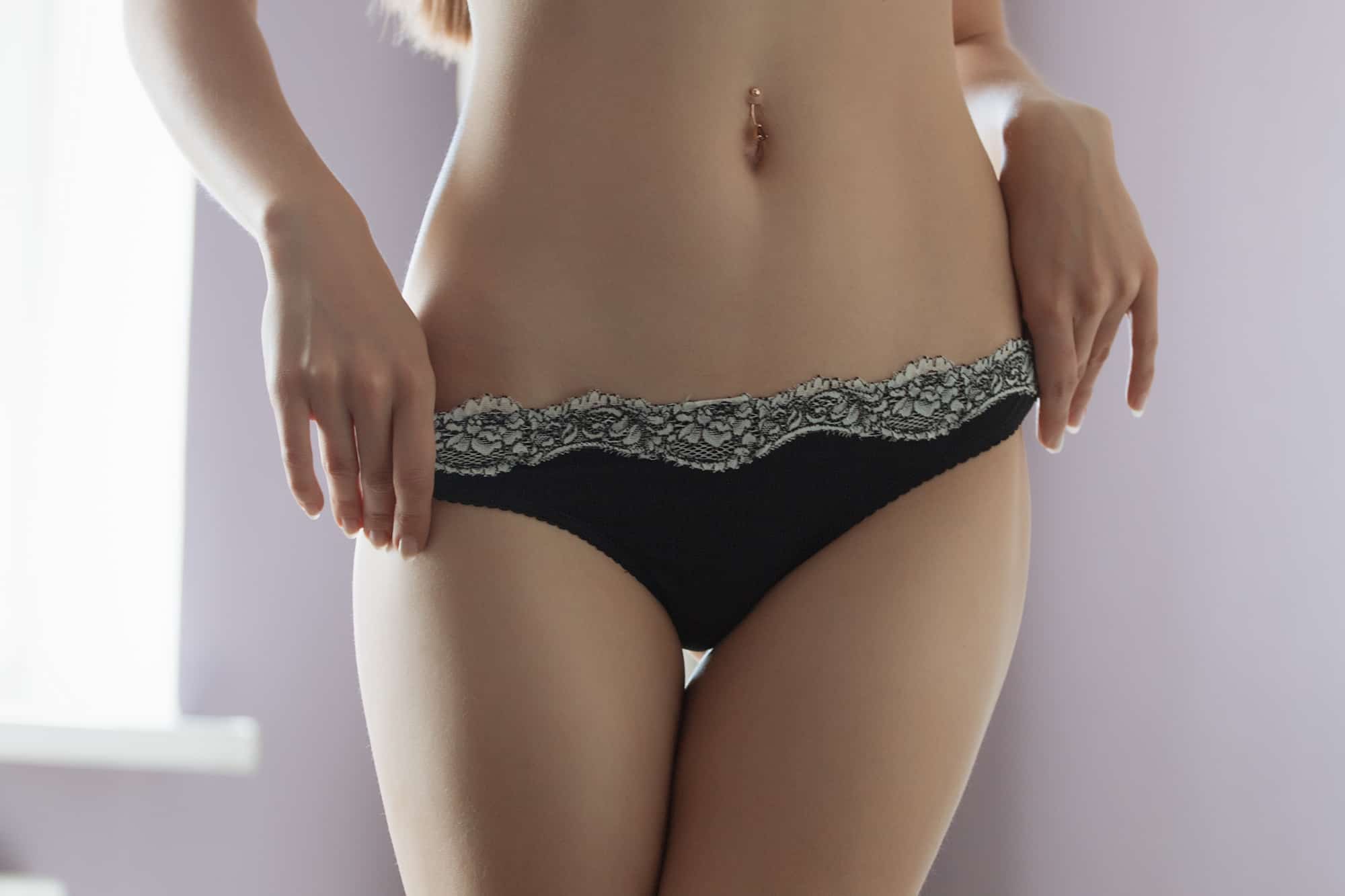 How you groom your pubic hair should be your business, right? Well, yes and no! It all depends if you have a romantic partner that may be affected by what’s going on down there. More women are aware of how much the situation down there to switch things up fast.

First off, your pubic hair is long and spiky; it could aggravate your partner’s skin during sex. Plus, it’s easier for bacteria and dirt to hang unto the hair follicles. So, during intercourse or oral sex, you’re giving him more than what you’d like.

Now that we have all the health facts out of the way, let’s move on to the guys. How do they feel about women keeping pubic hair? Do they like their women shaven, prefer the bush, or are indifferent about it? A man may admire his lady’s hairstyle, beautiful nails, plump breasts, and delicate curves, but what about the infamous pubic hair?

No one really talks about that, do they? But sometimes, it’s the things they aren’t saying out loud you have to watch out for. So without further ado, let’s see what the guys have to say about a woman keeping her pubic hair shaved or being as natural as she wants.

Let’s be real ladies; this guy is trying to please you, he probably didn’t think he’d be getting hair between his teeth. Plus, it’s easier for his tongue to make its way around a smooth, cleared garden.

2. It feels better during sex

Okay, so we talked about the spiky hair, right? He may not notice when you’re doing all those pleasurable things to him, but you don’t want him feeling sore right after.

I’m still waiting to see a cover girl with black pubes sticking out her panties’ sides. Sounds gross right? It’s probably the same way guys feel when they see you strip down with all that hair sticking out.

Are we going to school? Well, no, this simply means that shaved men would prefer their woman to be clear down there too.

5. Save it for special occasions

Some men like to know that you shaved for their birthday or special days like Valentine Day, anniversaries, etc.

6. They want you to feel good

Some men are more concerned about how their woman feels when she waxes or shaves her pubic hair. If it makes you feel good, then why not?

An unshaven bush simply turns off some guys; they’d prefer the hair off because of the visual appearance.

Men who take hygiene seriously may have doubts if they are with a woman who doesn’t shave her pubic hair.

Men are visual creatures; they may not have an issue with women who keep a bush; they just want that area to look neat.

Some men expect their women to be shaved if they know things are going to go down. They may feel you didn’t put in the effort because you don’t like them enough.

You know that thing women do when they don’t want to sleep with a guy? Wearing granny panties, not shaving? He may feel that’s what you’re doing.

For many, women have the choice to either shave or keep a full bush.

13. She does enough already

The fact that you already have other things to handle, like painful periods, house chores, and work, he may not want to stress you more.

Some men are just down to get some; they don’t care whether there’s a bush, forest, or mowed lawn down there.

Some guys just have to take one look at an unshaven bush, and suddenly, they aren’t in the mood anymore.

She gave me kids, makes the food, does the laundry, works so hard, why should she have to worry about shaving her pubic hair for me?

Some guys are more mesmerized with other physical features to notice whether or not your pubic hair is shaved or not.

For many, a shaven pubic area is better for sex, role play, and improves the sexual experience as well this juicy fruit that gives so much pleasure

Some men don’t mind how you shave your bush; they wouldn’t mind experimenting on different terrains.

For some, keeping it bare is a must; they get freaked out by a bush, maybe because of how hair has been represented as something that can easily get dirty.

22. You care about your appearance

Since women started shaving, it became the new rave and meant she was a clean, confident woman that cared about her appearance.

It may not be a reason for concern, but from time to time, we find a guy that is so intent on having sex that he doesn’t pay attention to any of those physicalities.

They don’t mind a lady who doesn’t trim down there; they are more concerned about the sexual experience. If the hair doesn’t get in the way of a pleasurable experience, then they are open to a shaved or full bush.

25. She’s putting in the effort

A man likes the fact that a woman would put in the work to shave her vag occasionally, it shows she’s consciously putting effort into her appearance and sex appeal.

Occasional grinding with the prickly touch of unpruned hairs or just the rough feel it gives off may be why some men prefer a shaven pubic area.

27. You’re trying to please me

A study showed that over 73% of the respondents favored a shaved vag; not only did they like the feeling, they felt the lady was trying to please them.

Some men feel like young girls can keep their hair trimmed, but they find it unusual when grown women do so.

Men have a way of not caring, especially if they don’t shave.

When a woman puts in the work to shave her pubic hair, he puts in more effort to satisfy her sexually as a way of saying thank you.

Yeah, we’ve established that some men get grossed out by untrimmed bushes. They feel better when the area is trimmed.

They may like the fact that the vag is shaven, that doesn’t mean you shouldn’t still keep the area clean.

Shave, wax, trim, just ensure there are no gross irritations, burns, or wounds.

34. Are you pre-plucked chicken?

Okay, so we’ve seen the memes where women who shave are compared to a bare chicken. Some men find this amusing.

They see the shaven girls in the magazines, and now their woman looks like one!

If you’re making out, and he puts his hands down there and meets a mowed lawn, he knows you came prepared.

Men like women who take out the time to trim or wax their pubic hair because they find it sexy.

Guys like girls who aren’t afraid to bare it all if you’re proud of your vag’s state, why hide it behind those curtains?

Do most girls shave down there?

Shaving pubes has been associated with cleanliness, in fact, it was the prim and proper thing to do back in the day and even now. However, not everyone believes in the 'gospel of shaving', many girls believe they can still keep the area clean without having to shave their pubes. A 2016 survey by Jama Dermatology actually reported that 16% of girls didn’t shave their pubes.

Do men care about pubic hair?

While this mostly rides on personal preference, it’s best to shave your pubes and have a guy say he doesn’t mind a bush than keeping a bush and chasing a good man away. Why do I say this? Well, statistics show that 30% of the men in a study reported unshaven pubes as a deal-breaker.

Do guys shave their private area?

Many make it a habit to regularly shave their pubic hairs, while others even go as far as waxing or undergoing laser treatment to get rid of body hair. However, it’s a fact that most of them see this as a girly move, and insist on keeping their bush full, but probably short.

Is shaving your VAG wrong?

Shaving in itself isn’t bad, but poor shaving habits or results could be detrimental to a lady’s health. Shaving with a razor could cause bumps, increase the risk of infections, and leave an irritated or itchy vaginal area.

How often should you shave down there?

For the fact that women choosing to keep or shave their pubic hair could be a deal-breaker for some men, it’s an essential subject to discuss. Just remember, though, apart from the health benefits of keeping the hair down there low, it’s totally up to you to decide.

If you like keeping a natural bush or prefer to shave pubes, what some guy thinks shouldn’t be the reason you change your mind. Your hygiene, health, and preference should come first.

I hope you enjoyed reading through this list, if you did, I’d love to hear your views in the comment section below and feel free to share this article.

You May Also Like
Should I Spit Or Swallow (The Honest Truth)
1 Comment
My Husband Can't Come Anymore: What Could It Mean?
No Comments
Why Do Guys Not Want To Use Condoms (11 Common Reasons)
No Comments