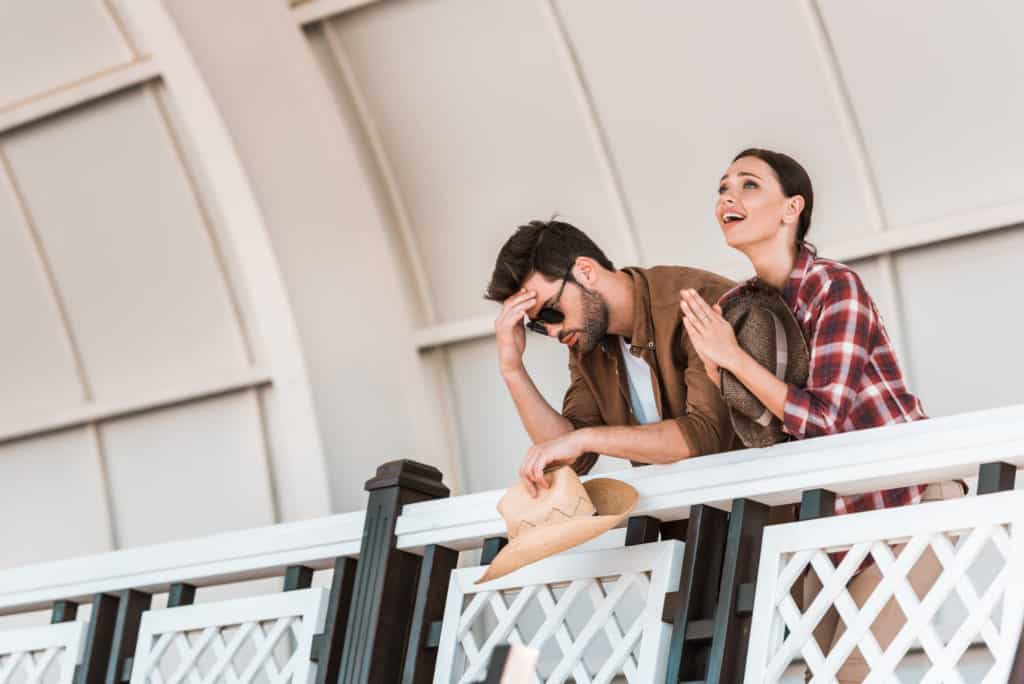 In today’s world, the use of smartphones, houses, and cars is quite common. Life is not as simple as it used to be in the earlier years. If you feel the need to have a taste of life in rural areas, one way to achieve this is by dating a country boy.

Dating a country guy could be fun. But, you should know that it’s quite different from dating a guy in the city. The difference could be in hobbies, lifestyle, distance, and maybe food. Unlike dating a city boy, you may have to travel miles to spend time with a country guy.

A country boy could have a big bonfire with his family, but that’s almost impossible in the middle of a city. Unlike a city boy, he can’t walk down the road to do grocery shopping. That, and a few other things could make it hard to be involved with a country guy.

However, it’s not impossible to date one. If you both decide to compromise and make it work, you’d have fun in ways you can’t imagine. If you’re in love with a country guy, and you’re clueless about how it’ll go when you date him, here are 11 things to expect when dating a country boy.

11 Things To Expect When Dating A Country Boy

1. They are quite romantic

Country boys may seem rough and tough, but they’re romantic. They also have a soft side that could make any woman melt if they want to. They may not show it physically, but you’ll have many surprise bubble baths and dates if you date a country boy.

Although most of your outings may be within his environment because of the long distance to the city. Country boys would do everything possible and creative to make the best use of their surroundings. So, you may need to prepare and adapt to certain foods and music.

2. You will need to get your hands dirty

One way to make your relationship with a country boy successful is to get your hands dirty. Be willing to go the extra mile of helping in his work. People in the rural areas have large plots of land they work in, whether it has to do with crops or animals.

Don’t act too good when playing with mud. Be open to learning how to change the oil for his truck. Country boys love playing with mud and most things that are nature-related. Doing this is one way to show a country boy you’re ready to accept his lifestyle.

3. He will have good manners

Country boys are a set of people that have good manners. As tough as they could be, they never forget to thank people or accept responsibility for something they did wrong. They could be very polite to anyone they meet.

So, if you're a woman who falls into the category of women who love men like this, you're going in the right direction. He'll learn to open the door for you. You'll get a chance to enjoy his romantic nature and good manners. Most guys with these two attributes are worth dating. That's one of the benefits you get for dating any country guy.

4. He could have a strong family bond

If you're a family person and you don't mind getting along with a guy’s family, you can date a country boy. That's because country guys have strong family ties with their siblings or parents. Their family members could get overprotective with them whenever they want to relate to a new girl.

So, if you want to date a country guy, you may want to start learning or talking about his family. If you're in for it, you could ask him to guide you. As long as you're interested, he will do his best to make it easier for you.

Country guys grow up in surroundings with various activities to engage in. Whether it’s tough or subtle, there’s always something to take part in. You’ll not only do exciting things but gain new and wonderful experiences on how to do certain things. That could be an opportunity to spend time with him on a spontaneous date.

You could learn a few things about animals, how they feed, or a little thing about their health. You could also learn about crops, or how to survive and adapt to a rough environment. This is one of the benefits you get to enjoy if you date a country guy.

A typical country boy grows up on a farm, with most of his life spent outdoors. This could make him adapt to any level of stress if he puts his heart into it. It doesn't only apply to his environment, but would be advantageous if he moves to the city.

This means he may spend most of his time working to gather food and money. Most of the exciting things country boys do are integrated into their work, which happens outdoors sometimes. This is something you should know if you want to date a country guy.

If you’re ready to date a guy who would commit to you faster than you can imagine, that’s a country guy. They could fall in love with you as fast as they commit to their daily farm work. A country boy would trust you more whenever he spends time with you.

Country guys are also honest lovers. That means, if you’re thinking of taking things slow, you may not want to date a country boy. But, you should also be honest about your pace. Let him know what you want, so you can both be on the same page.

8. He may deal with a lot of tobacco

Country guys deal with many natural crops, which include tobacco. If you’re thinking of dating a country guy, ask yourself if you can stand the smell of tobacco. Can you also tolerate the smell? If yes, you may not have a problem with this.

According to research from the American Lung Association, the highest smoking rate comes from rural areas. So, you may have to check that, if your health condition says so. Country guys don’t only smoke, they chew tobacco, too. Don’t forget if you both date, you’ll have to kiss, and have other intimate talks.

9. You should be ready for adventure

If you want to date a country guy, you should be ready for a life full of adventure. Of course, you won’t have the kind of fun you do in the city, but you’ll enjoy yourself if you’re open. At least, it will be something different from spending all day on social media.

Get ready to go fishing, hunting, playing in the mud, and random games. It doesn’t matter if it’s outdoors or not, they love doing spontaneous and exciting things. The good thing is, you get to have fun while trying out these activities. Country boys are good at these.

You can say a country boy is the definition of a manly man. He’s strong, brave, and easy for any task ahead. Country boys grow up in a tough environment, where they need to do some hard work to survive every day.

So, if you need new furniture, you want to fix the old one, or you have a little problem with your car, he’ll be there for you. Country guys love fixing things, not only because it excites them, but it could also be exciting for them. If you’re okay with this, you’re good to go.

Friendship is a priority in every relationship. So, it won’t be a new thing with a country boy. It doesn’t mean you should dedicate yourself to hanging out with him and his other friends. Or force yourself to do the things you don’t need to do.

Instead, create a personal time for you two to spend together. It doesn’t have to be a date, but a different moment where you both get to talk and listen to each other. Listen to him talk, whether he’s sad or happy. You don’t have to say anything, just listen and laugh at the funny ones.

How do you attract a country boy?

To mention a few, always be yourself with a country boy. Be eager and open to trying out the things he does. Additionally, don't act like you're better than him, and be honest about your feelings. You'll also attract him if you can get along with his family.

What's the difference between a city boy and a country boy?

A city boy grows in an environment where life is made easier, a more advanced technology, and engaging in little or no farm activities. But, a country boy believes in working hard to either get paid or yield tangible things that would benefit himself and his loved ones.

How do you attract a Southern man?

Southern men love their families. You could start by being friends with his mum. Ask him and talk about his hometown. Be nice to his fellow Southerners and adapt to their culture. And whenever you have time, listen to him talk, whether it’s a funny, sad, or random talk.

Why you should date a cowboy?

You learn many things from dating a cowboy. You would learn how to ride a horse because cowboys ride horses everywhere they go. They have good camping skills. Cowboys can read the skies and navigate their way using the stars. These and more are reasons you should date a cowboy.

What are Southern men attracted to?

Southern men are attracted to nurturing and funny women. They love women who have trimmed bodies. So, if you can control your intake of fatty foods or meals that would make you blow a bit out of proportion, you can attract a southern man. That doesn't mean you should starve.

Dating a country guy may seem hard because of some of the cons. But, nothing is impossible to do. It's important you read the 9 things you should look out for, before dating a country guy. Also, if you liked this article, don't forget to drop a comment and share it with others. 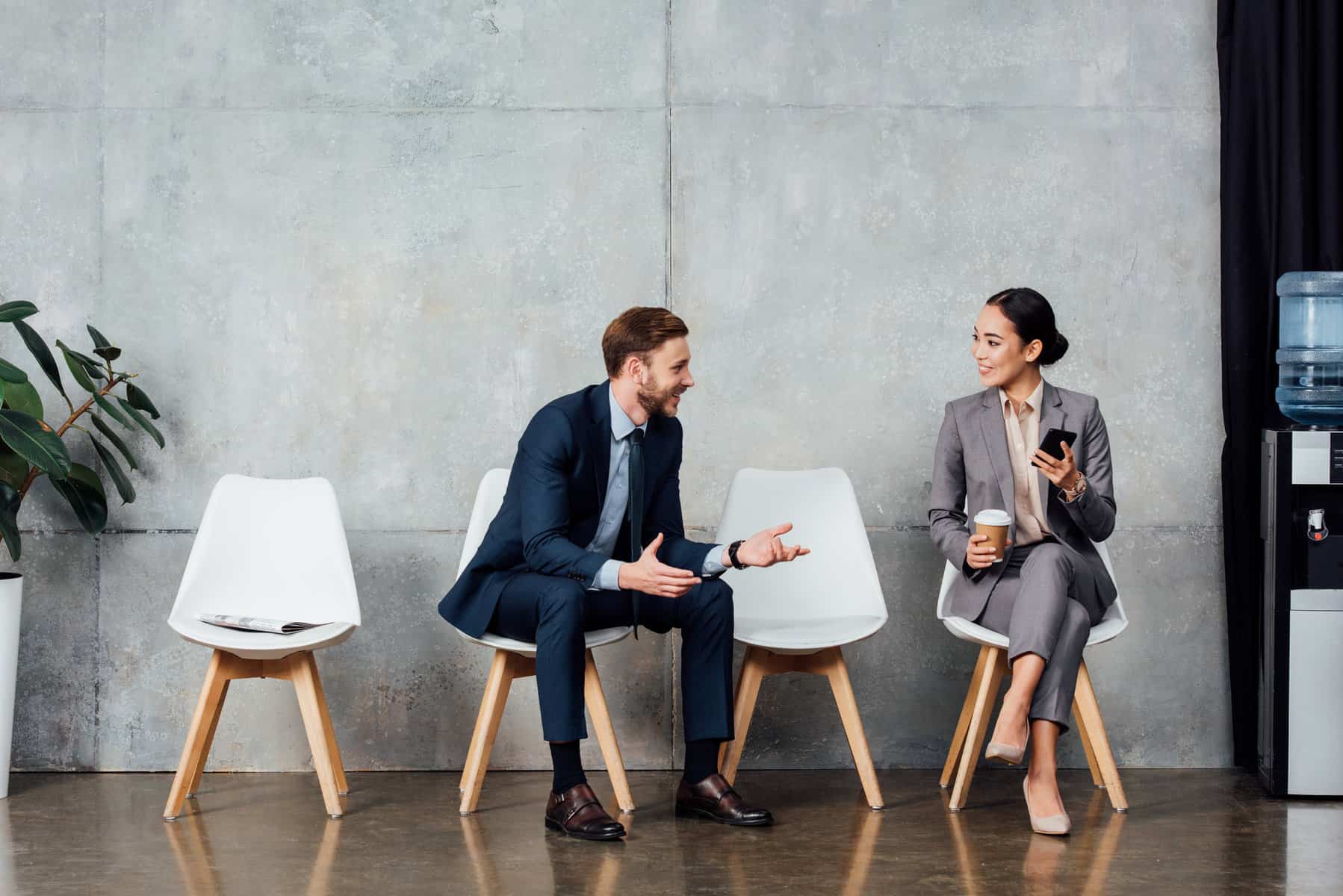 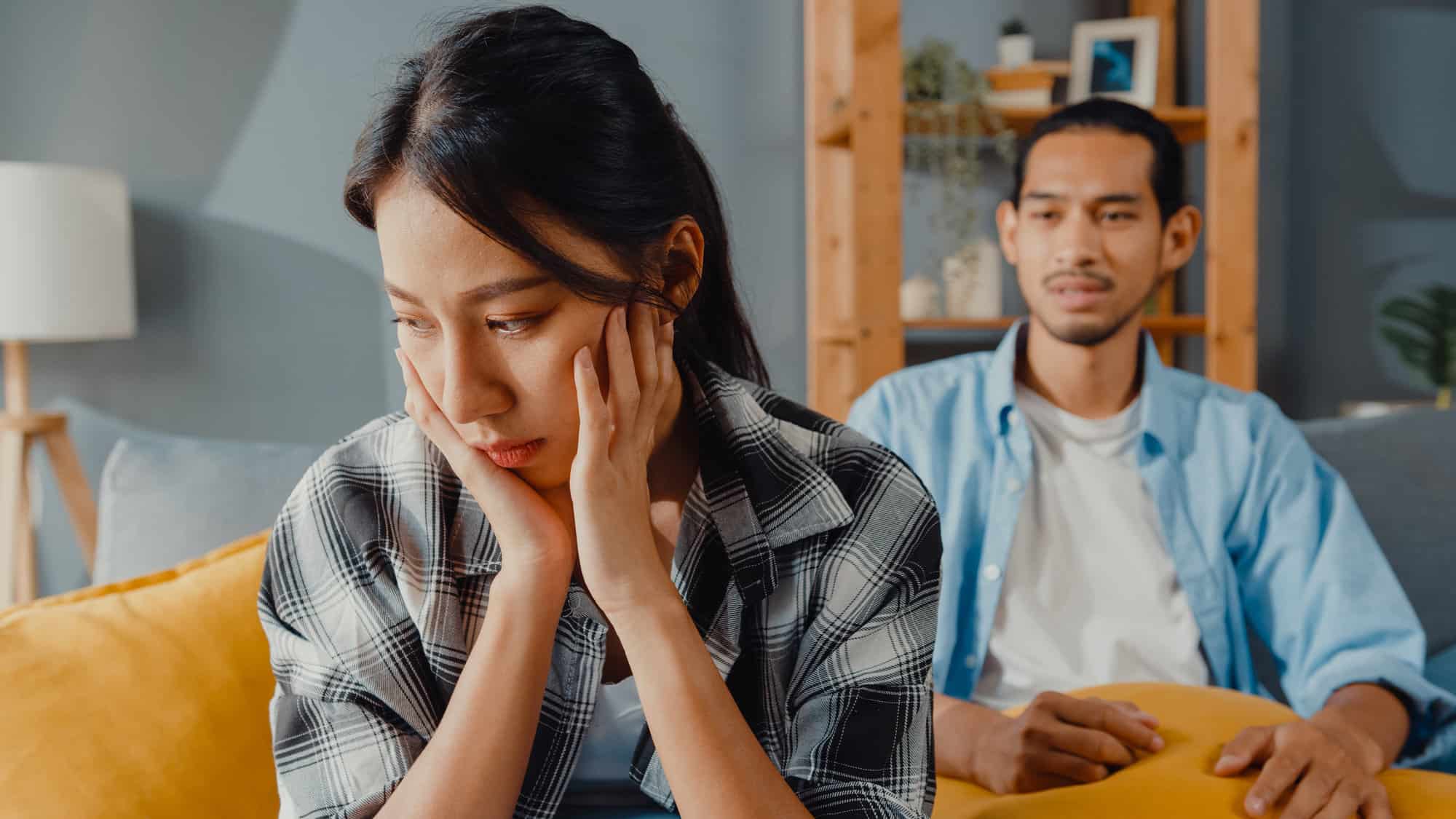 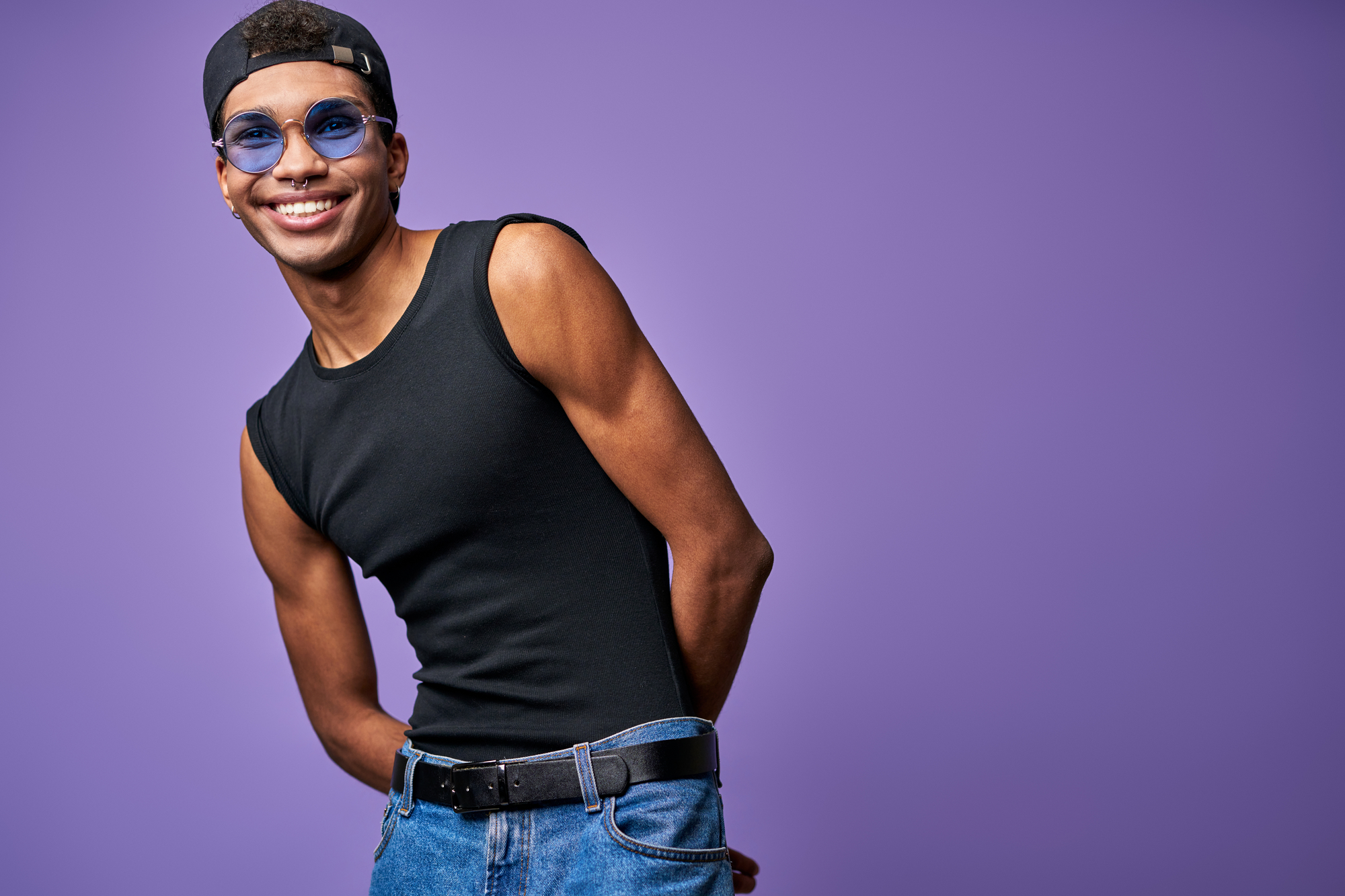