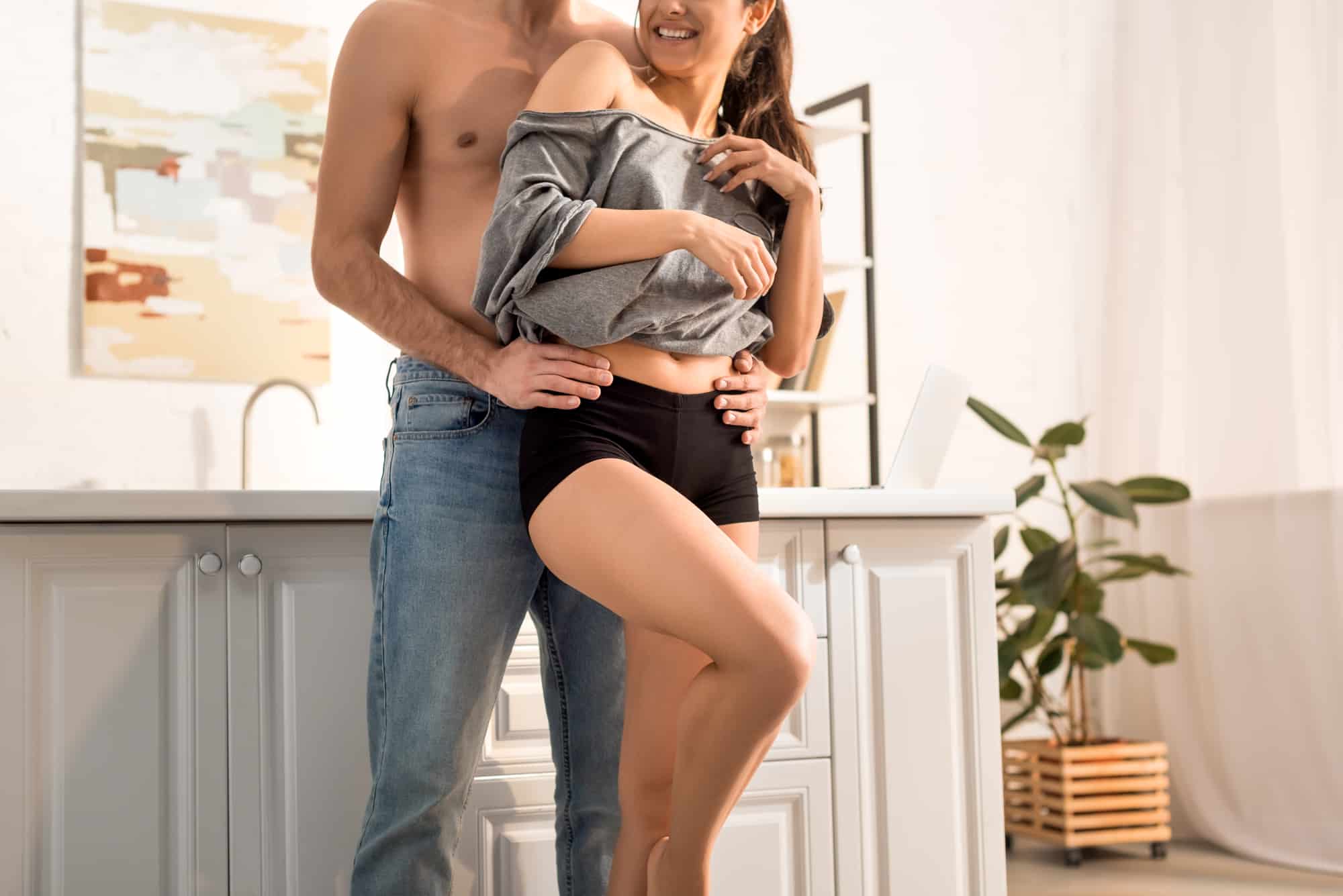 Why Do Guys Press Their Boners Against You? (27+ Embarrassing Secrets)

There are a lot of things about getting a boner that the female mind is not aware of yet. How guys behave when they get an erection also comes off as a puzzle. Since every lady needs to understand the biology behind boners, as well as the psychological aspect – like why do guys press their boners against you, we created this article.

But before we begin, what are boners? It is a state when the penis becomes enlarged and erect due to sexual stimulation. Having a boner is also referred to as having erections. If you want to know how a guy can get a boner, continue reading.

Why Do Guys Press Their Boners Against You?

1. He wants you to notice it

A guy with boner is the same thing as him being turned on. He’s feeling multiple emotions that he wouldn’t want to experience alone. If he’s sexually attracted to you, he will want you to notice it.

This situation is what makes him inclined to press it against you. He will openly do this or disguise it with activities like hugging you or asking you to sit on his lap. Since boners psychologically make guys feel more masculine, he will want you to notice it as a way to impress you or feel good about his boner.

2. He wants something more

Apart from the need to subconsciously brag about his manly boner to you, a guy would press his boner against you for you to notice it and tell you that he wants something more. Having a boner means he’s sexually excited, and he craves for sexual activities.

If he’s pressing his boner against you, it means he’s sexually attracted to you and wants to experience those sexual activities with you. Although the time and place may not be suitable for such activities, knowing that he’s passing a message is good enough for him.

All guys respond to situations differently, and may not respond to the same scenario the same way. Although he may intentionally press his boner against you because he’s sexually attracted to you, he can also do this without realizing it. He may not necessarily think to himself, “I have a boner, and I want to press it against her body!”

The truth is, given the circumstances, a guy can find himself close to you when he has a boner and unconsciously held on tighter to you because of how it made him feel. He could have also possibly gotten the erection from physical contact with you, and at that moment, it seemed as though he was pressing it on your body.

1. It could happen for no apparent reason

Almost every guy has no control over getting a boner. It means it could come at the most unexpected moment, without any apparent reason. It is sometimes referred to as a ghost boner. Though we know getting hard is associated with sexual stimulation, in this case, it isn’t.

2. It shows up at the right time

According to studies, a boner is expected to show up when a guy is sexually aroused. He could think or feel something that stimulates in a way that causes his penis to be erect. It happens right before sex, allowing him to use it accordingly.

3. It can happen before peeing

Guys have shared their experiences with getting erections, and it turns out, it can also happen when they want to use the bathroom. This type of boner doesn’t occur when the man is sexually aroused and has no psychological backing around why it happens. It just seems to happen and goes away immediately after urinating.

4. It happens in the morning

Morning wood is a common experience for guys. Their penis tends to get hard early in the morning for multiple different reasons. Most times, cool weather affects getting a boner. If he can feel his penis press against someone he’s attracted to, then he might get morning wood too.

5. It happens at night

This type of boner can prevent a guy from having a quality sleep. It shows up around the time he’s about to sleep and could keep him up just trying to make it go away. It doesn’t necessarily have a plan. It comes when it may not be needed.

6. It happens at the gym

Amid all the sweat and adrenaline going through a man’s body when he’s at the gym, it can cause him to get an erection. Blood is pumping throughout his body, and also around his penis, resulting in a boner. Though this doesn’t happen all the time, it happens to some guys.

Irrespective of the above-listed types of boners, there are three major classifications of boners. The first is called a reflexogenic erection, which occurs when a man comes in contact with his subject of attraction. The next is a psychogenic erection that occurs when you watch, listen, or think of stimulating content. The last is nocturnal, which happens at night.

8. Sometimes, it won’t go away

There are times when guys get boners, and it stays longer than expected. Most times, it becomes a subject of concern when it stays longer than four hours. If this happens, it’s wise for the guy with a boner to see a doctor about it. Though it might be completely normal, it’s best to be safe than sorry.

9. It can occur in weird situations

A man can have an erection at the strangest times, and not necessarily in a situation that feels good. This will simply cause him to feel like a nasty person, especially when he can’t understand why he’s getting the boner. Examples include while watching a scary movie, or as crazy as while arguing.

10. The one that won’t go except you do something

This type of erection is there to stay and subtly suggests that you should do something or it won’t budge. If the man doesn’t have sex, he might have to wait for an extremely long period before it goes. This would feel uncomfortable on many levels.

11. The one that wants a rematch

A boner can appear right after one and is otherwise referred to as a marathon boner. The man can get the pleasure of using it to his satisfaction and has little to worry about except for perfecting his moves.

12. They have different heights

Boners come in different heights. Some would be more pronounced than the others, meaning more elevation. This one is particularly hard to hide under clothing. All guys like this type of boner because it gives them a boost of confidence. It will also make them feel manly.

The sad boner is a boner that doesn’t have any elevation; neither is it as solid as it’s supposed to be. It’s called a boner simply because the man’s genital isn’t as squishy as it is in its normal state. Regardless, there’s nothing that can be done with it.

14. It happens at inappropriate times

15. It happens even in public

This is the kind of boner that happens when a man is in public. He could be giving a speech, or simply talking to someone. This is similar to a boner coming at inappropriate times, but the only problem is that it might be difficult trying to hide it without anyone noticing.

When a man is aging, the number of times he gets a boner slowly reduces. Amid his twilight years, he no longer expects it to happen. However, even at an old age, a spontaneous boner can still pop up.

17. They are sometimes unreliable

Just in the same way getting hard can come at any period, it can also disappear as the mood changes. This is irrespective of whether it’s needed at that moment or now. Not all men have erectile dysfunction, but the truth is, at one point, their penis is bound to fail them.

18. A boner comes in different sizes

Since its clear boners come in different heights, it’s no surprise that they come in different sizes as well. Depending on the mood of the man, and a thousand other factors, a boner can come either larger or smaller than it did before.

19. A boner can sometimes hurt

A penis is a boneless piece of extension on the male body. When it gets a ton of blood rushing towards it, it gets solid. Just like any other part of the body that experiences pain when it gets hit, and a ton of blood rushes to the area, in the same manner, a boner will hurt if mishandled.

20. Sleep affects the type of boner

Studies have shown that getting quality sleep will produce a better boner. This means that stress and other negative factors can potentially lead to a sad boner. On the other hand, quality rest can also reduce the number of irregular boners a man might have.

In the same manner, a boner appears at inappropriate or spontaneous times, it may refuse to pop up when it’s needed the most. This can be caused by the environment or the general mood of the man. If the environment isn’t private enough, it might be hard for a man to get an erection.

It’s natural for men to have curved penises. This can happen when he’s overly excited. Regardless. If it bends too much or the curve starts to cause discomfort, it may hint to a disease called Peyronie’s disease. In that case, his penis will need to be checked.

23. Weight can affect a boner

Men who are obese tend to have lower testosterone levels. This means having a harder time getting a boner. This fact makes it important to maintain a healthy lifestyle, to be able to function properly in bed.

According to research, erectile dysfunction in young men is most times associated with things like smoking and drinking. Reducing most of these activities will give you a better chance of performing well in the bedroom.

25. Wearing a condom can spoil the show

From studies, some men have erectile problems when they wear a condom. It might take them more time and stimulation to be able to maintain their boner. Though this isn’t particularly common, it happens to a percentage of men.

You May Also Like
My Husband Prefers His Hand Over Me (Why Does He Prefer It Over Sex)
17 Comments
How To Seduce Your Husband (22 Easy Steps)
2 Comments
Sexy Talk: How To Talk Dirty To A Guy
2 Comments 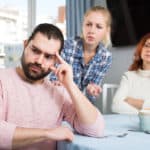 My Parents Don’t Like My Boyfriend (11 Things To Do) 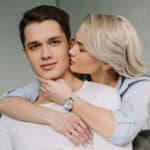