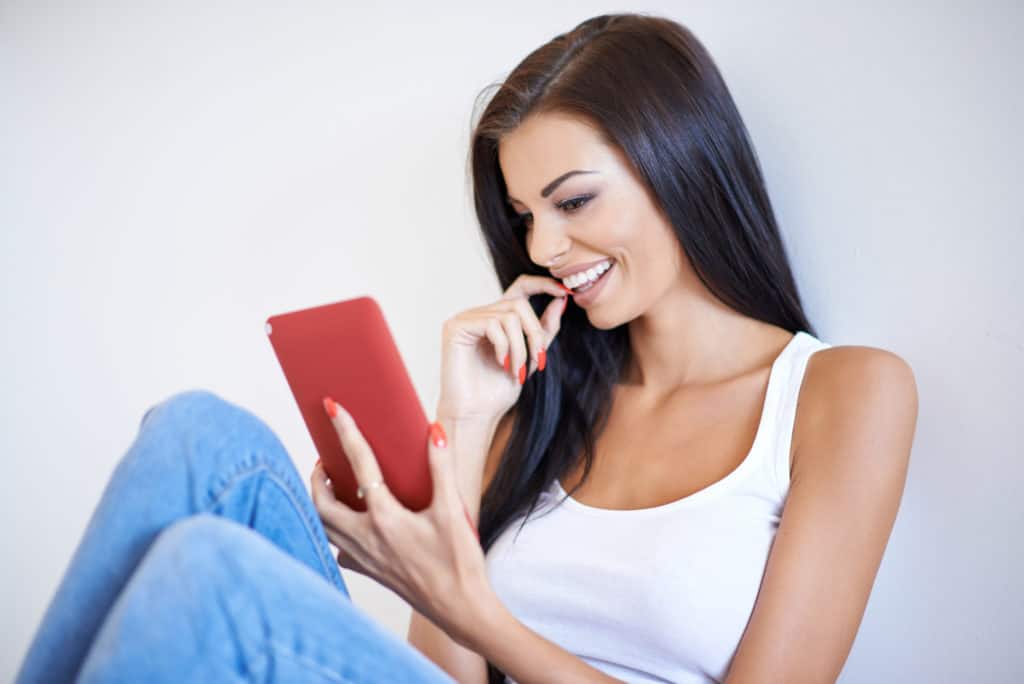 What To Text A Guy After A Hookup (31 Cheeky Texts)

So, it’s the next morning. You’ve already left for his place, or he’s already left for work. It was a steamy night that will never leave your memory. Then, you finally decide to reach out to him. You grab your phone, but texting him seems impossible. You can’t seem to get the words outright. That’s okay.

First, take a deep breath. It’s normal to not know what to text him! You should put some thought into this text, and I’ve put enough thought into it that your text is going to come across exactly how you would like.

Consider What You Want With Him

Before sending a single text, it’s important to decide what you want with the man that you had a one night stand with. If you want another steamy hookup, make sure that you portray that in your next message. If you’re considering a relationship, your text message should say that too.

Make sure that you are upfront with him about what you want post hookup, or at least set the stage to work up to it. Then, pick one of these 31 texts or ideas to match the message you’re trying to send.

What To Text A Guy After A Hookup: 31 Texts And Ideas

If you’re wondering what to text a guy after a hookup, just browse through this list. We’ve got every message that you’re trying to send completely covered. The tips will help you get out of the fog that you’re stuck in to come up with your own if you don’t want to copy something you found on the internet.

1. Keep it fun when you want a relationship

Don’t get clingy, but don’t mention too much sex either. This will help you get to know him on a deeper level and will show him that you like more about him than sex.

2. Keep it sexy if all you want is some fun

There’s no need to explain yourself, either. If you spice things up every once in a while, he’ll get the hint.

3. Be clear if you don’t want anything else

Don’t lead him on or feel bad in this situation. Simply tell him what you don’t want. It was a one night stand, not a long term relationship.

If you’re looking for some fun, this instantly sends the message without getting too sexy

This, again, is a simple way to say you want some booty. It’s the ultimate booty call. When you are both on the same page, you don’t have to get too spicy.

Think of pictures of you in lingerie showing off your best assets. These are sure to make him tingle in all the right places.

Every guy loves to have their ego stroked a little bit. Likewise, every guy will wonder how you felt about their performance if they didn’t get a lot of feedback last night. Tell him you loved it when he did a specific thing, and that you can’t wait to do it again.

8. Let him know you think he looks great

Guys always have things that they are self-conscious about, even when they don’t say it. Tell him that you like what you saw with a compliment or two. It could be anything from his handsome face to his awesome pecs.

9. I can’t stop thinking about you…

This isn’t too sexual, which is nice if you’re going to want something more romantic. On the other hand, you can turn it into something sexual if you want to later in the conversation. This is a safe text to see where his mind is at too.

If you want him to reach out first, don’t text him anything. However, if he assumes you’re not interested and doesn’t text first, reach out after two days. This shows him that he’s still on your mind.

It works for relationships, a hookup, or just some random conversation. If you don’t want to see him again, don’t bother to reach out after two days. He probably won’t either, and you can both move on without the awkward conversation about it.

11. I can’t stop thinking about your gorgeous smile/face/hair

This shows him that it’s not all about sex, which is nice if you want more than just a hookup. However, if he responds with something about sex, it’s a hint that he will want to see you for some booty, but probably not more.

12. I’ve never had chemistry like that with someone before

This is if you really felt something between you. That special connection that sweeps you off your feet seemingly out of the blue. It’s a way to tell him that, and inform him that you want more than a hookup like you had last night.

A simple checkup can get a conversation going if you want that hookup to turn into more. It gives you a chance to start getting to know the guy behind those amazing moves.

14. Want to see a movie this weekend?

This is how you try to turn a one-night stand into more than just sex. It shows you want to see someone again, but not for a hookup.

15. Text me when you get home so I know you made it safe!

These are for when you want to text a guy to start a conversation or get a compliment. They can also give him a little reminder of you. It’s obviously not about the amazing fun you had last night.

If your butt is your best feature, get sexy with your new cheeky panties and send him one. Don’t forget to not include your face to be on the safe side though!

18. Bring up a thing he mentioned

If he said he needed to relieve some stress because he had a big presentation at work, text him on that same day to wish him luck. Or, ask him how it went! Once again, simple checkups like this let you get to know him more. How he responds will show you if he’s on the same page with you.

19. Let me know when you’re ready for another round

This one will tell him that you’re down for a casual fling, don’t have feelings, and that you want another hookup. If you’re new to the FWB scene, make sure to read the rules and have some fun!

20. Thanks for a great time last night! What are you looking for?

This is as straightforward as it gets. If you already know what you want, or that you want nothing but a great time in bed, it’s important to make sure that he wants the same thing. If you’re not looking for commitment, he shouldn’t be either or you two aren’t a good match.

It’s the perfect opener for him to offer a massage. If he recommends a chiropractor, even though he gave an amazing massage last night, take the hint.

Mention a fun thing, like a carnival or bowling, for a date. Mention some sexy fun for a hookup.

24. I saw this and thought of you! Attach a picture, link to an article online, new restaurant opening, etc.

When you text a guy this, it’s guaranteed to be the one thing that makes him smile. It shows him that you’re interested in more than someone to bang, and gives him the option to text back to show that he likes you too.

It’s even cuter than sending him a pic of you in a new outfit. It shows him that you still like him, gives you a chance to let him smile, and it’s a great way to start getting to know him as more than just another hookup.

26. Last night was the best night of my life

You can use this text for another one night stand (let’s do that again) or get to know him (I’d love to go to dinner with you). Either way, it’s guaranteed to be a wonderful idea. If you’re wondering what you should say to a guy after a hookup, compliments are always a great way to go.

27. Be cool while texting

It doesn’t matter if really was the best night of your life and the chemistry was unlike anything else you’ve ever experienced, you don’t want to appear desperate to a guy after a hookup. Instead, maintain your cool.

Don’t ever double text a guy after a hookup. This goes along with not appearing desperate. If he doesn’t feel the same way, he might not text you back. That’s a harsh reality to face, but it might happen.

If you just want some more fun in the bedroom, text him late at night. These are almost always for sex, so he’ll already know what that I miss you text means.

It can be easy to get those feel-good endorphins confused with actual feelings after a steamy romp in the sheets.

31. Stick with the same strategy

If you start off texting with sending memes, keep that going. If your game is to play it cool, don’t quit playing it. When you switch strategies daily, it doesn’t always keep him on his toes. It makes you look a little unstable. Instead, be yourself and maintain consistency.

What does hook up mean to a guy?

It’s nothing more than sex. The only time it means more to him is if you were dating or best friends before the two of you got nasty. At most, it might mean he suddenly gets a friendship with benefits. Sex isn’t always emotional for men.

Do hookups ever turn into relationships?

What do you text a guy?

Text him about his interests. Reach out with some humor by telling a joke. As for advice. Talk about his day. Invite him for coffee. Get to know him by asking what he likes. While you’re messaging him, make sure that your amazing personality shines through!

Yes! As long as you are safe, there is nothing wrong with this. It can be a great way to relieve stress after a long week at work. If you’re not ready for a relationship, it helps keep that intimate part of yourself alive while you deal with other things, like the fact that you’re not over your ex yet.

Is a hook up a one-time thing?

Hookups can be a fun, casual thing, a one night stand, or they can turn into an amazing relationship! Have you ever had a hookup? What did you text him afterward? 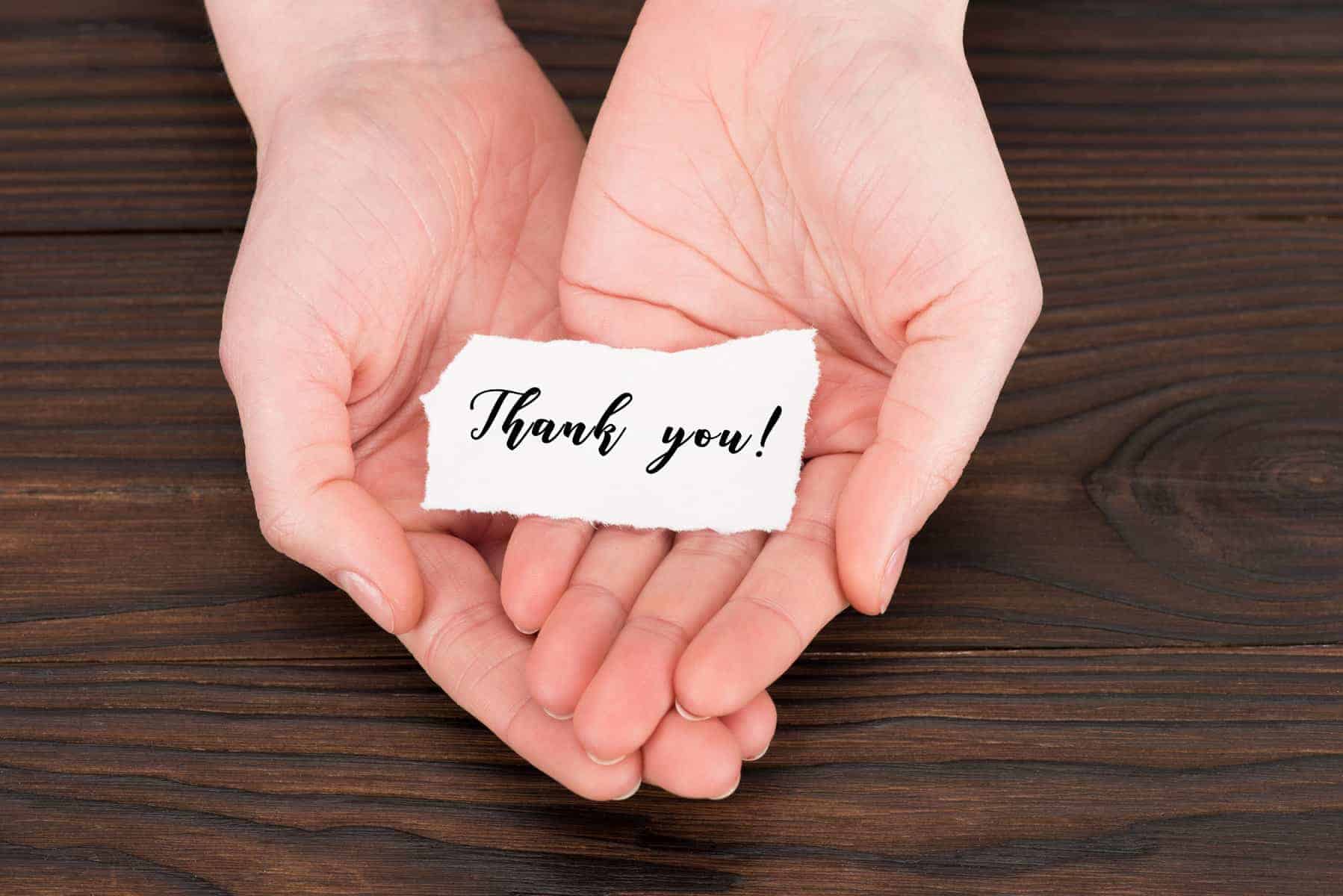 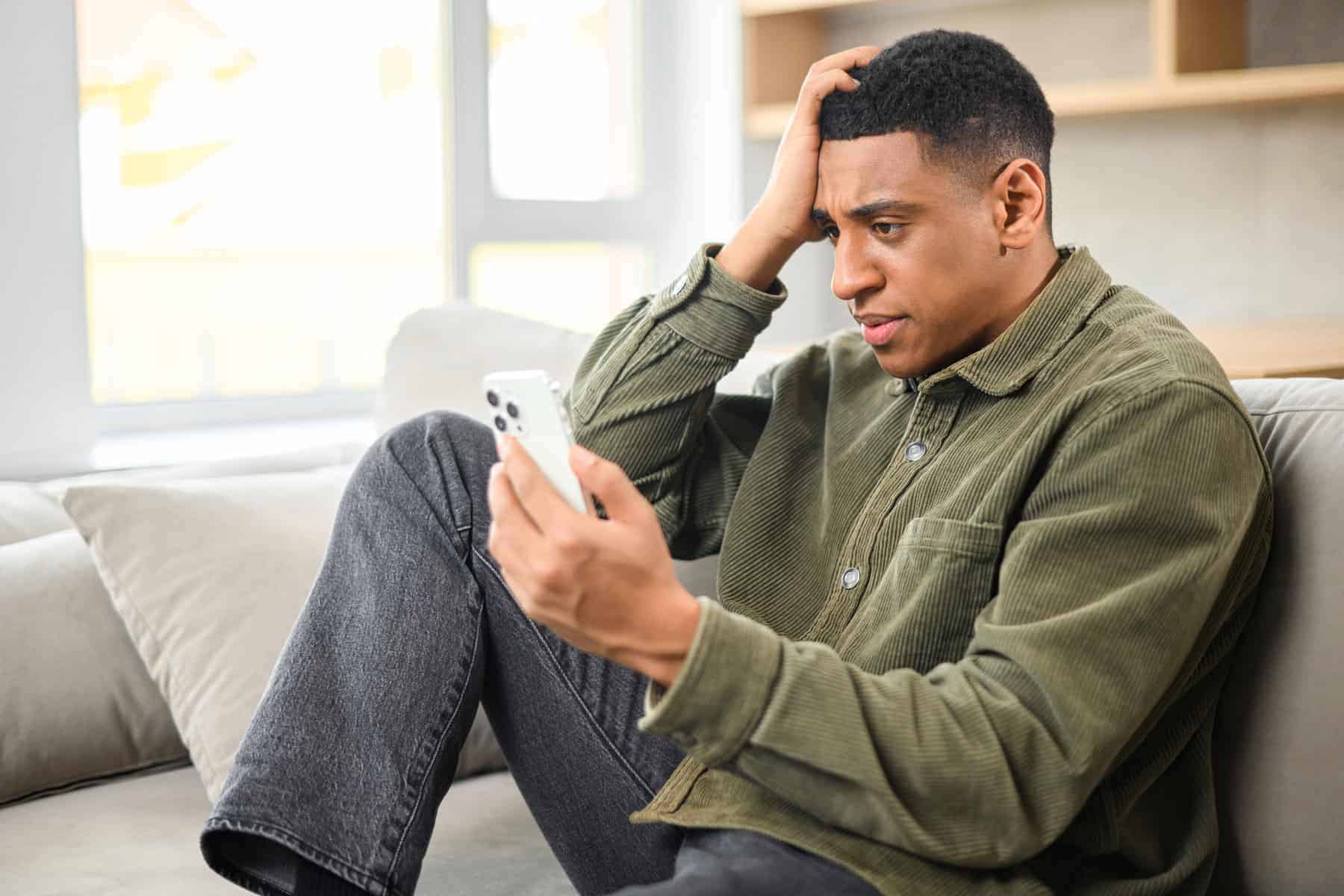 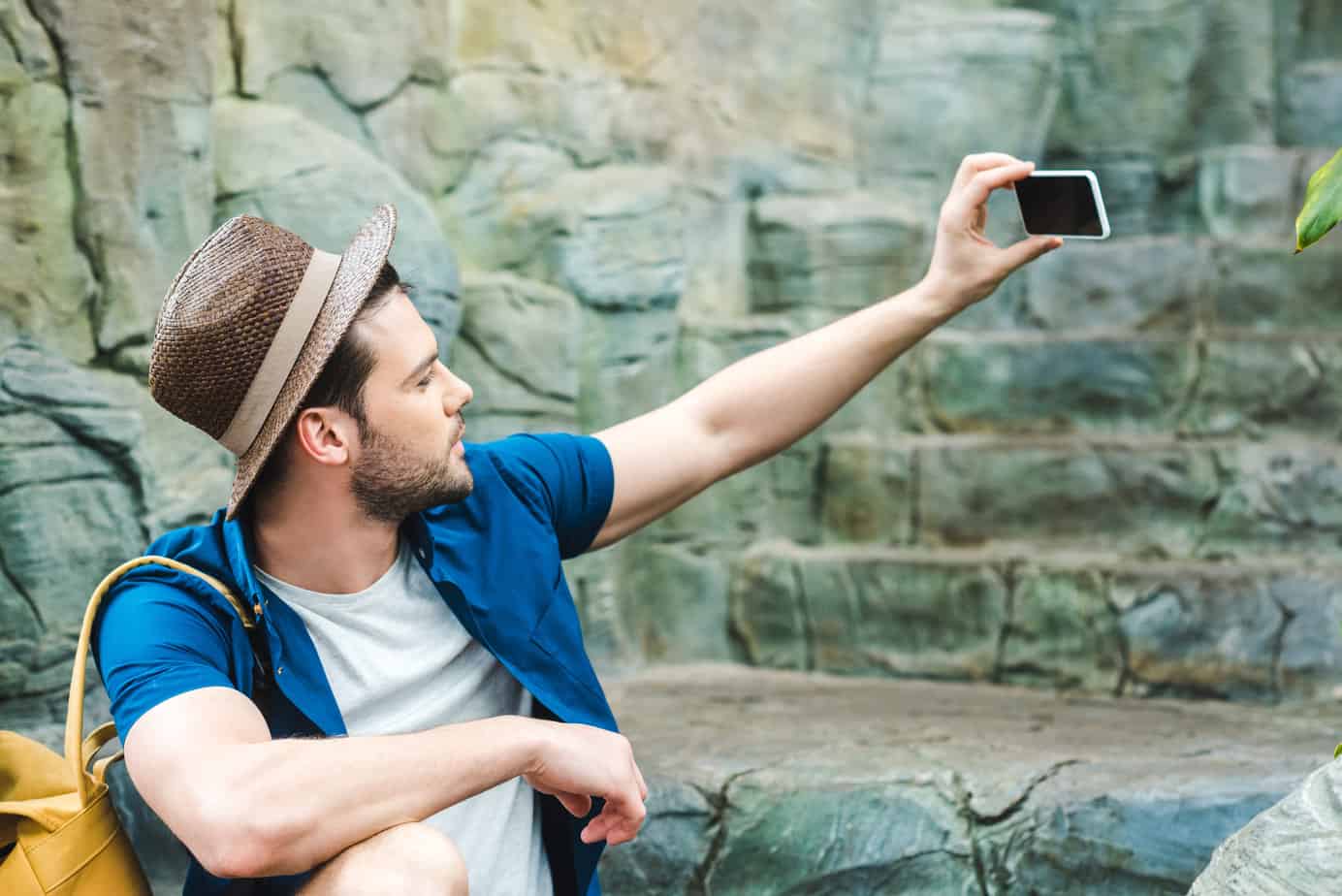