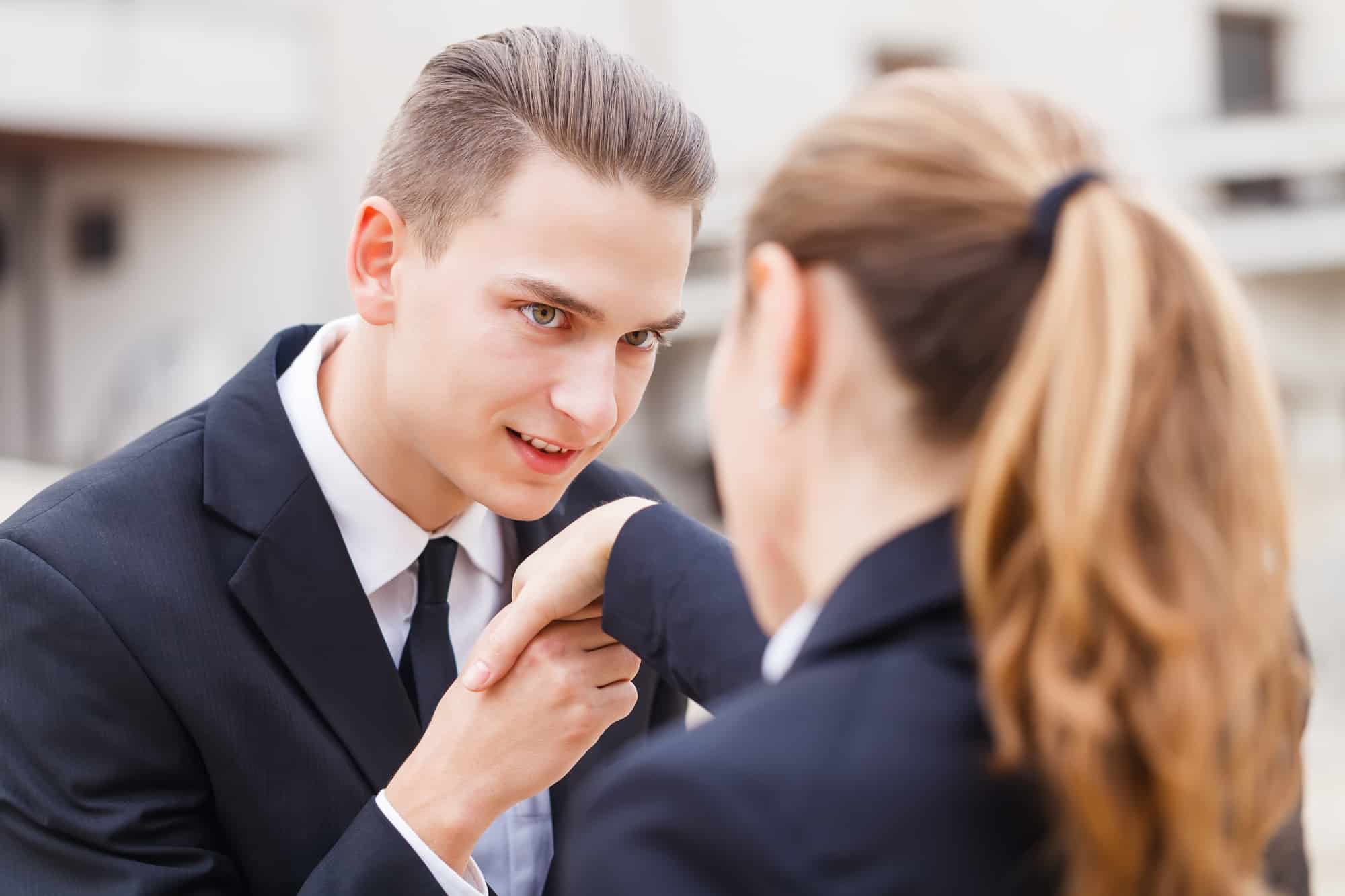 You just met someone new? Great. Trying to understand their personality is a fantastic idea and the zodiac sign may be one of the ways to know what you may be expecting. This article looks at two out of the 12 zodiac signs; an Aries woman and Virgo man. Specifically how they relate together enough to be a good match for a romantic relationship.

Being born during a specific period in the year doesn’t automatically guarantee how well your relationship will work with another person, there are too many variables when you meet someone new. However, being armed with the information on how well your sun signs synergies will certainly help to manage some of those variables.

If you’re an Aries woman dating a Virgo guy, this article will help you understand the positives, and of course the negatives, for a good, long-lasting relationship.

How the Virgo man and the Aries woman are naturally wired

Before we jump right into looking at the odds in favor or against the union between a Virgo man and the Aries woman, let’s run through the general characteristics/traits of the Virgo man Aries woman.

People born around the 21st of March to the 20th of April, have the element of fire and the ram symbol. While fire can burn, fire can illuminate or ignite as well, and that’s what the Aries woman can be in a nutshell. She can illuminate all that she comes in contact with by the spark in her soul. Generally, the Aries woman is said to naturally and easily pull others to herself.

The Aries female doesn’t have to be flawlessly pretty, but make no mistake, the charisma, great sense of humor and will power is enough to bring anyone to her corner. Despite her impressive ability to charm her friends and carry along with her companions, the Aries woman can be intimidating because she challenges everyone in her lane, and as such, only men who like the challenge and the corresponding thrill are willing to jump on her wild horse.

Don’t be fooled by the modesty and simplicity of the Virgo man who is born between August 24 and September 23, that’s why he carries the symbol of the Virgin maiden. Men born under this sign want it all perfect, therefore, he can appear very rigid sometimes. He tends to be logical, usually intelligent, and very down to earth.

Yes! He isn’t the earth element for nothing, he’s the kind of guy that comes for a 7:30 meeting by 6:30. He likes to be by himself sometimes and would love to be in a relationship with someone as focused as he is. Crowded places are not the modus operandi of the Virgo man but if he’s going to let you into his space, you have to respect that he’s very meticulous and hygienic.

Bottom line, the Virgo man cherishes his comfort zone making safety and security two things he won’t compromise when he wants to eventually give a relationship a shot and you bet you’ve got yourself a loyal companion when he eventually lets you in.

As you can see, considering the measured traits only, things aren’t looking so pretty, the Aries and Virgo compatibility with love looks so slim as both zodiac signs seem not to have much in common. Doesn’t come as a surprise though, he’s element earth, you are element fire.

However, before we call it quits on the possibility of this ship sailing, research reveals that there exists the same ratio between the length of day and night anytime the sun is in Virgo as there is whenever the sun is in Aries. In order words, the two signs reflect each other, what you could call antiscia pair. This is the same for Gemini-Cancer, Libra- pieces, Scorpio-Aquarius, etc.

Permit me to break it down to you in practical terms, despite the fact that these two zodiacs exhibit widely different traits, it is still very possible that the compatibility Aries and Virgo is possible. If they are in love they could complement each other and actually be a good match. Meaning the Aries woman can find the gentility of the Virgo man inviting, a mystery for her to crack, a thrill of some sort, that will stimulate her.

Why don’t we take a closer and practical look at the Virgo man Aries woman compatibility?

The compatibility that horoscopes present isn’t a guaranteed recipe for a perfect match or union, you may feel like love is guaranteed to last because of one prediction, but take it more as a guide. Therefore there is a need for compromise if any ship will sail well, and that goes for the Virgo man and Aries woman.

In a relationship, the fiery Aries will likely be challenging for the reserved Virgo man because she’s no walkover for anyone, and she’ll always like to make it clear even if there’s no reason to. The Virgo man with Aries woman combo is one to really look at, if love is to blossom in this union, the Virgo man has to be receptive of how much the Aries woman can spice up his life.

You’ll easily agree this will definitely be a pass mark for the Aries and a common playing ground for both which will also make the Virgo man open to some adventure initiated by the Aries woman.

This where the Aries women and Virgo men naturally get on fine, as colleagues at work, the Aries will definitely find the shy or reserved Virgo charming with his meticulous and detailed way of finishing tasks.

They would love each other, just not romantically, the Aries woman compatibility with a Virgo man really flourishes as a cordial relationship before developing into anything else. As you must have heard, research shows that friends are better lovers. It could start by sending funny memes to his email address or messenger, to actually meeting for dates after work.

If these two can hit it off as good friends they may be able to take it to the next level. If this will happen, your guess is as good as mine, Aries will likely be the one to initiate things, as she’s more bold and adventurous with a willingness to break into uncharted territories.

The Positives Of The Virgo-Aries Union

No doubt it will be a learning journey for the Aries woman, the Virgo’s meticulous and brilliant way of doing things will definitely rub-off on her. Likewise, the Virgo man will likely become more successful as he would be willing to take more risks if he allows some of the adventurous traits of the Aries influence him positively.

The Negatives Of The Virgo-Aries Union

It could get ugly real quick without a chance to even start, compromise is key here for this ship to sail the high seas but the perfectionist nature of the Virgo may likely cause lots of friction. While the Aries woman can be impulsive in many areas including finance, the Virgo is conservative and this is one area where arguments can easily erupt especially in marriage.

While the Aries may be able to find some common ground, the Virgo man will likely see himself as suffering not just because his space is now invaded, but because he’s unable to tame the space-invader making him feel powerless in organizing his own territory the way he used to.

Are Virgo and Aries a good match?

Both zodiac signs are opposite ends and do not have things in common by traits. However, there can be a common ground as their flaws and strength can spur a connection between them, and when there’s love, maybe compromises can be made.

Why are Aries so attracted to Virgos?

Virgos are often quiet and reserved folks making them seem mysterious, the Aries, on the other hand, likes excitement, mystery, and challenges. Plus, because they like to be in charge, the Virgo is technically a candidate for their adventurous and charismatic personality

Can Aries and Virgo be soulmates?

It is possible, initially, they might not get along, one being introvert and the other quite adventurous and chatty. However, despite their traits which seem contrasting, they complement each other in some ways. If they could start friendship sailing (which is easier for both), they could eventually hit it off and become lovers once they understand each other.

Why do Aries and Virgo not get along?

Usually, the Aries likes to take the lead and this may appear bossy especially if it involves invading the space of the Virgo, there’s going to be a problem. In addition, Virgos are highly meticulous and perfectionist making them seem like fault-finders to the Aries who is usually impulsive and may be prone to mistakes a lot.

Aries is totally what the Virgo isn’t, adventurous, a risk-taker, charismatic, etc. All of these are traits a  Virgo doesn’t have, but that doesn’t mean he won’t need them in his life as a person. A brilliant,  meticulous Virgo will only get better and become more successful if he’s able to take more risks and come out of his comfort zone.

Relationships are full of too many unknowns, knowing some of the traits and behaviors of your potential man via his zodiac sign can give you an advantage on how to understand and relate well for a better relationship outcome. It’ll be great to know what you think, kindly drop your comments below, you can also share if you want others to read it.

You May Also Like
Does The Aries Man Cheat? 4 Signs He May Be
No Comments
How To Make A Pisces Man Miss You (6 Effective Ways)
4 Comments
Gemini Man, Capricorn Woman Compatibility (9+ Intricate Characteristics)
No Comments