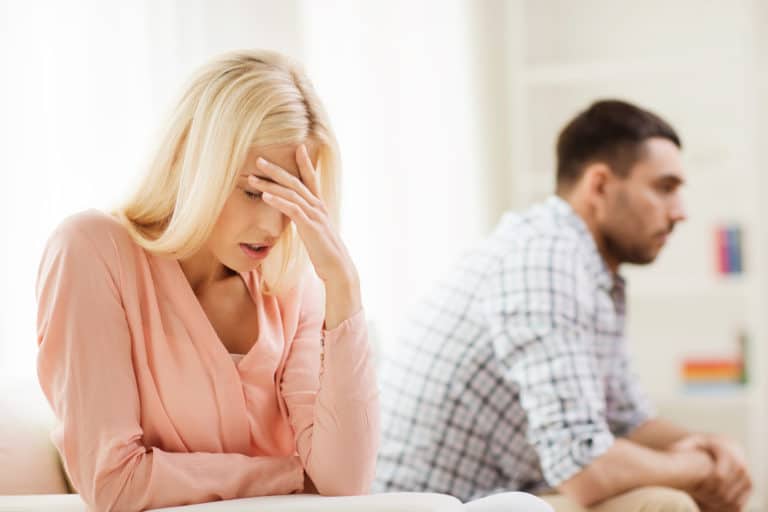 Should I Forgive Him? (9 Careful Ways)

Should I Forgive My Boyfriend / Husband Or Let Go?

This decision is a very personal one. It depends on a lot of things. For example, consider what he did. Look at your relationship and decide whether it has a future. If you still just don’t know, these nine tips will help you figure it out.

1. How Long Have You Been In A Relationship?

If you just started dating and the relationship is already full of lying and cheating, you need to walk away. How a man acts, in the beginning, can tell you a lot about how things will be later on down the road, too. You don’t need that type of man in your life.

On the other hand, if you’ve been with your husband for years and he cheated one time, you might want to consider forgiving your man for his infidelity. Everyone makes mistakes. Do you want to throw away a life that you’ve built together because of one night with someone else? Think long and hard about this one, and don’t make a decision based on your feelings.

2. Does He Know That His Behaviors Were Wrong?

This single question will tell you whether he’ll do it again. If a man insists that he was right, even though he crossed a line he should have never crossed, he’ll probably do it again. He won’t be likely to put in the work to repair the relationship, either.

If he’s thinking he was in the right and refuses to accept responsibility for his actions, the only thing you can do is try to change his mind. When this doesn’t make a difference, don’t take him back.

You can also look at how he’s acted with anyone else. Did their voice matter when they said they had a problem with something he did? Has this been a consistent problem in previous partnerships? If he lies and cheats with every girlfriend he’s ever had and is still doing it, don’t listen when he says he will change. He more than likely will not.

3. You Need To Have A Talk With Him

If he’s done something to hurt you, it’s important that you have a talk with him. You need to address the behaviors that bother you. Tell him your feelings, and everything that you would like to see happen in the relationship. If the two of you are not on the same page, it’s not going to work out.

All the conversations in the world will not change this. In order for a relationship to move forward, you both have to be moving in the same direction.

4. Were You Happy Before It Happened?

If the marriage was already headed downhill and has been for months, walk away. Have the self-respect to know that you deserve better. If you weren’t happy before, and he didn’t seem to mind, then you’re not going to be happy later. This single incident may just be the straw that broke the camel’s back.

On the other hand, what if you were happy before? Do you actually have a good man? If the partnership was full of bliss and he seemed to do everything a good husband does, it could be worth it to get through this hurdle.

Instead of making a brash decision based on your emotions, take a step back. Find a healthy release for all of those negative emotions. Then, take a good look at the person that you’re with and how things were going up until this point. That alone should be enough to tell you whether you want to make things last or walk away from him for the rest of your life.

Whatever happened cannot be undone. You need to be honest with yourself. Even if you love someone, there might not be forgiveness in your heart for this incident. If you can find forgiveness, it’s going to take a lot of work to get your life back to how it was. Ultimately, you’ll have to find forgiveness, resolve your feelings, and not everyone can do that for everything.

Think long and hard about the answer to this question.

6. Was It A Mistake Or Intentional Shady Behavior?

If a guy does one thing wrong, it might be a little easier to find that forgiveness. For example, sleeping with someone else after you two had a fight and he was at the bar. Having an affair that has lasted for months involved lying to you, hiding things, and much more. It was intentional. It was deceitful. This is going to take a lot more forgiveness than a one night stand.

7. Did You Establish Boundaries?

I’m not saying that whatever he did is your fault, but you need to make sure that he knew what he was doing would be extremely hurtful. For example, some couples don’t object to flirting and don’t consider it cheating. Other couples do.

If you did not establish boundaries with each other, consider it a lesson learned, and take steps to prevent future behavior that will cross some of those lines. Tell your man that you two need to talk. It’s best to have this talk in person. You need to inform him of the problem.

Remind your man that you love him, and want the relationship to continue. (You want to make sure he doesn’t think it’s a breakup talk.) Then, lay out your boundaries. Tell him anything that you have a problem with. This will let him know what you expect, and what will hurt you throughout the partnership.

If you still love him and have for a long time, that’s something that you need to keep in mind. Forgiveness takes a lot of time and effort, and some things aren’t forgivable, but maybe that man is worth all of the extra effort. Take a moment to ask yourself these questions about how you feel about the guy in your life. He might just be worth forgiving.

If he didn’t learn anything and doesn’t regret what he did, you can usually trust that he’ll do it again. On the other hand, if he is well aware of how the things he did affect your well being, he’s less likely to do it again.

Ask him if he learned anything from it. Have a conversation about how it affected others. If he truly regrets his behavior and learned from them, you might want to consider finding a way to forgive him.

Should I forgive my boyfriend for hurting me?

If you’ve been with your man for a long time, want to continue a relationship with this person, consider it. Only forgive him if he is genuinely sorry, and you’re confident that it won’t happen again, though.

How do I forgive him for hurting me?

Relationships take a lot of effort, and so does forgiving a guy. Ask yourself questions about forgiving him. Do you trust him? If not, that needs to be re-established. Have conversations with him to get through things together.

How do you trust your partner after they cheat?

Tell you guy how you feel. Let your emotions out in a healthy way. Don’t constantly monitor what he does. (No one has time for that anyway.) Going to counseling can show you the way to rebuild trust, too. Last, trust yourself.

Do cheaters ever change?

There are times when a cheater will change. If he knows how his cheating affects others and takes all the responsibility for his actions, that’s a good sign. Cheaters will change when they become more marriage-minded, too.

Can a relationship survive when trust is broken?

The only ones that will survive are those where trust is re-built. All couples go through things together, and it takes an extreme amount of effort to build trust again. If you can, though, it will survive.

Deciding whether to forgive someone take a lot of thought. How do you make this decision when you have to?