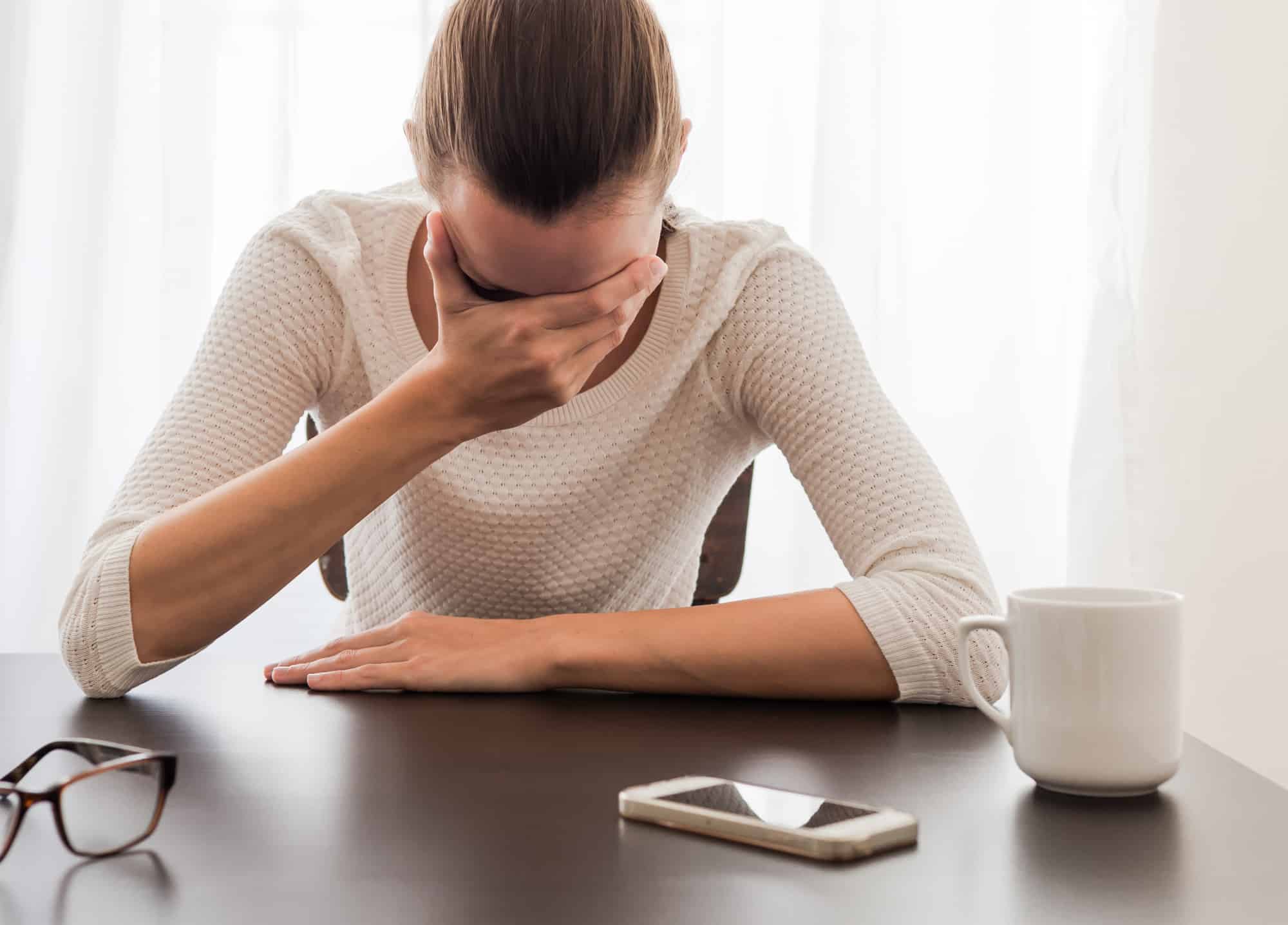 So what? You got caught up in a romantic moment that led to an ”I love you” before he confessed his feelings to you? Relax! Sooner or later, one of you was going to have to say something about it anyway. I understand it’s a little embarrassing to be the first person to say the big “I love you.”

Plus, legend has it the person who says it first is the one who loves the other more (I'm not so sure about that). However, there's nothing to be embarrassed about if you genuinely love this man. It's a lot harder to swallow if he didn't drop an ”I love you too” right after, it can sting you for days if he even stutters a bit before saying it back, but that's not the focus here.

News flash, you're not alone. It’s happened many times and will keep happening. The important thing is how to recover from saying I love you too soon. Luckily for you, I have written all you need to know about the recovery below.

The worst thing you could do is say ”I love you” too soon and try to gobble it back up, don't. You may think you’re doing damage control, but after you’ve already said I love you, taking it back would just sound immature. Even though it was a mistake, let the guy respond first before trying to explain yourself.

Acting like you don't mean it doesn't change the fact that you did confess a deep feeling. It's going to make you look like a terrible person who just throws worthless words around. It gets extremely awkward when you even try to apologize for it. Understand that nothing you do will make your boyfriend forget your confession.

So, even though this phrase slipped out of your mouth, don’t stage the whole “I didn't mean that’ fiasco, regardless of the situation.

I know it's awkward, but no matter how long or hard you wish, the ground isn't going to open up and take you. Try your best not to act weird, as I said before; these things do happen, the question is how well you handle it.

Plus, when you're honest about how you feel towards your partner, it helps the relationship (whether this is the first time you’re admitting it or not). Just keep your cool after you've said it, panicking or feeling nervous will ride your brain into overdrive and you may end up saying something more embarrassing.

If that's genuinely how you feel about him, worry less about who said it first and focus on whether he feels the same way. Plus, it’s a hoorah to girl-power when ladies take the lead in relationships. So, whether the phrase slipped out in the process of saying something else or you were caught in the moment, don’t feel bad.

It's already out there that you love him, stop fussing about the situation. Ignore whatever your brain is telling you, you are a strong woman. Not every relationship starts up according to plan, the unpredictable and spontaneous actions keep it more interesting.

So, whether this guy is a friend or long-time crush, this could either be the beginning of something new, or the end of what could have been.

Things like saying ‘I love you’ first may give you the idea that things will always be awkward between both of you. However, as I said, this could be the beginning of your love story. Yes, people feel that when a girl expresses interest first, it dangerously tips the balances. However, if you’re truly in love with someone, admitting that could help jump-start the relationship.

It’s not all the time guys are vocal in relationships, so don’t let that hold you back. Suggest the first date as well if you have to.

Now, the previous tip is quite valid, but this point will ensure that your boyfriend doesn’t expect you to lead all the time. You should draw the line on certain things, especially if this was already a tough choice for you. Get on the same page with one another by having important conversations that should let him know how you’d like him to take the lead more often.

You must watch his reaction after expressing how you feel to him. Both of you will probably be surprised, but all the emotions on his face should tell you what you need to know. By paying attention to his body language or gestures, you’ll know if he’s more surprised, relieved, or thrown aback by all you said.

Whether he says it back or he doesn't, if you look closely you can tell whether he wants to be with you or not. Depending on his character, he may either try to hide his emotions, reply in affirmation, or encourage you to go on.

For your mental health, you need to stop living in that moment, life has to go on. It won't help you but rather drain you. You can’t take your words back, it's out there already. So, you can either wait for him to say it back or refuse to bask in the ‘shame’ of saying I love you to someone who won’t say it back.

Saying the ‘l’ word to your partner won’t end the relationship, it may either take the relationship to the next level or make things awkward for a bit. Either way, once you say ‘I love you’ the words are out, and if they come from the heart, you shouldn’t try to take them back.

It's very easy to say ‘I love you” but more difficult to live up to it. Having confessed your love, don't go acting the exact opposite or your partner won't believe in the weight of your love. He may want to say the words back later on in the relationship, but your actions could either encourage or deter him.

Some girls think the best way to get over confessing love too soon is to act as though you don't love your partner. Well, that puts the relationship in a bind and in the end, both of you may not trust each other. If you've confessed love, show it to your partner as well.

Keep in mind I mentioned that you may go into a love drought. It implies neither of you wants to use the term again because it came out too soon. If you said ‘I love” you to each other, it would be a different case. But since you said I love you first, and probably acted awkward, your partner may be afraid to echo those words as well.

Well, you have to get over that feeling by saying it again. In fact, saying it again helps you emphasize your feelings to your partner, especially if you look him in the eye while saying it. Be careful not to overdo it because oftentimes we throw the word love around too much that it means nothing when said. It could also creep him out if you say it too much.

Ahh! A few women fall into the pressure of wanting to hear it back so bad. You can't demand love from your partner, it's given freely. It means nothing if you make him say that he loves you. It's easy to make him say it but how do you make him mean it? If your partner doesn't feel it yet, let it go and be patient, as long as he doesn’t end the relationship there’s hope.

11. Stop Overthinking, It's Never That Serious

Saying I love you two each other under the mistletoe was probably your idea when you imagined the moment. However, not all our fantasies will play out, sometimes, none of them do.

So if you murmured or shouted out these words in the excitement of the moment, don’t panic. There’s no reason to beat yourself up, love shouldn’t be something people are embarrassed about. So laugh it off and keep living your life.

Is it bad to say I love you too soon?

Yes and No. Yes, because it does put pressure on the relationship whether you want it to or not. The other partner is going to try to live up to the way you feel, or he’ll have to walk on eggshells around your feelings until he feels the same way, and if he never does, that's difficult for you. No, because there's no perfect timing to say you love someone, it just happens. Often, it's an emotion beyond our initial control.

How long should you wait before saying I love you?

You should get to know your potential partner for a while, maybe a month or so to confirm primary facts about him before leaning towards your feelings. As I said, there's no perfect timing to confess your feelings, but it does seem fair to start considering it after the 10th date. If you feel like it earlier, go right ahead but keep the tips in this article close.

What does it mean when a man says I love you too soon?

It doesn't feel right to hear an ‘I love you’ on the first day, relationships take time to build, and such affection needs time to grows. Sometimes there's an ulterior motive when men express love too soon and this could be a red flag. You might not be able to stop him in his tracks before he said those words, but you are not obliged to speak them back if you don't feel the same way about him yet.

Can you fall in love after two weeks?

How do I know I am in love?

You know you're falling in love when you cannot see a future without your partner. You begin to think about them every day and genuinely desire to better that life. You can't ever seem to get enough of him, and you'll do anything to impress him. It would feel like a good thing to do when you make him happy. You will find comfort in being vulnerable around him.

Keep in mind that admitting you have a deep affection for someone is nothing to be ashamed of, just follow the tips above and encourage yourself every time you feel distressed. I hope you enjoyed reading this article, I’d like to know your opinions; please write them below in the comments section and share this article with your friends.