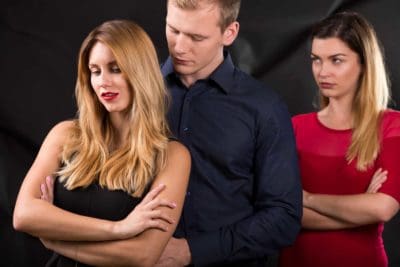 An affair can be exciting for a married man. It can help him get the things that he’s missing in his marriage and bring a spark of excitement to his life. It can even be exciting for the affair partner involved. However, these rarely last forever. As the old adage goes, “all good things come to an end.”

How To End An Affair

Ending the affair is by far one of the most complicated parts, even if it’s the right thing to do. It can be hard to realize that it was “just an affair” or that a married person never really intended to leave their wife. However, it is possible. These nine tips will help you end the affair for good, regardless of what role you play in it.

1. Make the decision to end the affair

First, you have to decide that it’s time for the affair to come to an end. If you don’t really want it to be over, you’ll keep going back as long as the other person lets you. If you’re the person in a relationship, remind yourself that ending the affair is the right thing to do. Infidelity can ruin your relationship, and destroy your partner.

When you’re the affair partner that is not involved with someone else, it can still be tough. However, you need to understand that you deserve someone that is fully committed to you. Even if you’re not in a relationship with someone else, this is still better for you in the long run.

2. Know that letting go is going to be the hard part

Some of us blow off an affair in the back of our minds. We tell ourselves it doesn’t really matter. Then, when it comes to ending an affair, reality smacks us in the face.

Just because one person has another relationship does not mean that the two of you don’t care about each other. You may have gotten used to those good afternoon text messages.

You can also care deeply about each other. The longer the affair has lasted, the harder it will be to let go. Before you end the affair, make sure that you understand it can affect you just like a breakup or divorce can emotionally. You’ll need to grieve, keep yourself busy and make sure that you follow the no contact rule to guarantee that it doesn't start back up again.

3. Let go of the affair in your mind

Women are known for being done with a relationship before they actually break up with a man. This actually makes it easier to move forward. If you’re the lover or getting ready to break up with a lover, take a step back. Make sure that you’re ready to let go in your mind to make sure you don’t wind up back in their arms.

Remind yourself that marriage is sacred, and you’re helping the other person even if you’re not the one committed. Ask yourself if you really want to be on the sidelines for the rest of your life.

Remind yourself that you have more self-respect than that. Think about what the other girl’s life will be like once she finds out, and how messy yours can get. (I’ve been that girl before, and, trust me, it can get rather messy.)

4. Break up with him

You handle breaking up with an affair partner just like you would any break up, excluding marriage. You simply tell them that you don’t want to keep doing what you’ve been doing. Ignore the words that come out of his mouth after that.

Don’t listen when he says he’ll leave her if he’s been stringing you along for months. He probably has no plans on ending his marriage. Instead, keep your ground. If you can’t make it happen face to face, consider writing a letter. Your life will be better without this lover anyway.

5. Eliminate him from your mind, house, and life

After you break up with someone, you need to get them out of your head. If you had future plans, it’s time to think about those and how they aren’t going to happen. This will guarantee that you don’t go back to your affair partner.

This can be hard if the other person gave you really cool gifts, but it’s a must. You have to get rid of everything that they gave you. I had some pretty cool things as gifts from my last relationship, like my automatic curling iron, so I kept the ones that didn’t make me think of him. As long as nothing reminds you of the other person, it counts.

Now that the other person is out of your head and house, it’s time to go all the way. Delete text messages. Change your number if you have to. Send old voicemails to the trash. Block him if you can’t change your number. Ideally, steps 5-7 should take place on the same day.

If you don’t want to continue the affair, you’ll need to go no contact just like you would any ex. This is especially important if you know that the other person will try to weasel their way back into your life. Don’t speak to them for at least thirty days. If that’s not long enough, make it sixty. Make sure to read the “no contact” rules if this is your first time going no contact.

Focusing on yourself can help you keep the other person off your mind. This is a wonderful time to focus on healing and to work on your self-esteem. Pick up a new hobby. Enjoy spending time with your family. There’s nothing quite like the breath of fresh air that ending an affair can give you.

If you don’t take the time to forgive yourself, you’ll notice that you keep repeating the same behaviors. It’s said that you’ll have the same experience over and over again until you learn the lesson that you were meant to learn. This also rings true with an affair.

Make sure that you understand your actions, and why you did them. Remember that no one is perfect, and everyone makes mistakes. We all do at least one thing that we regret. Try not to beat yourself up too much about it either. Instead, forgive yourself the same way that you would forgive another person to move on.

9. Work on your relationship

If you’re in a relationship, it’s time to work on that. You need to be brutally honest with yourself about the decision that you made, and with your partner. The guilt and shame of cheating will eat you up if you don’t tell them. It will cause more pain for them if they find out later down the road, too.

Once again, if you’re too nervous to do this face to face, write a letter. Consider including a paragraph in the letter about how the cheating was not their fault. Instead, accept responsibility for your actions, and for the pain that you’ve caused them. There is nothing quite like being the betrayed spouse in this situation. This is an important step in moving forward for couples.

Next, work on areas that you and your husband need to improve on. You’ll need to rebuild trust. Learning about communication is an important part of that. Addressing the pain, helping your partner re-build their self-esteem, and healing together can help you grow stronger as a couple.

How do you tell if an affair has ended?

How long does it take to get over an affair partner?

It depends. A one-week affair is easier to get over than a three-year-long affair. The longer the affair lasts, the longer it takes to move on. Even if the person was technically a lover, it can feel like your marriage just ended, and your husband just left you.

Is an affair really love?

It can be. Titles don’t determine love. For example, we’ve all heard of a loveless marriage. There is at least one husband that doesn’t love his wife right now. Just how marriage does not mean there is love, a person being in an affair doesn’t mean that there isn’t love.

How do I end an affair with a married man?

Write him a letter or call him. Tell him either in the letter or on the phone that you don’t want to be the other woman, or man, anymore. Tell him you hope he finds what he’s looking for, but you can’t keep doing what you’ve been doing. It doesn’t make you happy. Then, go no contact.

Why are affairs so hard to end?

Affairs are so hard to end because they are full of hope. Maybe you want to be their spouse someday. Maybe they keep telling you they will leave their spouse, and all of your dreams will come true. When it ends, you’re forced to realize they were never going to leave their spouse.

Sometimes, we wind up regretting the choices that we make. Try not to be too hard on yourself. Instead, focus on moving forward either by yourself or with your spouse. What other advice would you give to a person that’s wondering how to end an affair?

You May Also Like
Why Does My Boyfriend Ignore Me? The Truth You May Not Be Ready For
3 Comments
Feeling Misunderstood In A Relationship (17 Ultimate Tips)
No Comments
19 Mind Games Men Play (And What You Can Do About It)
No Comments