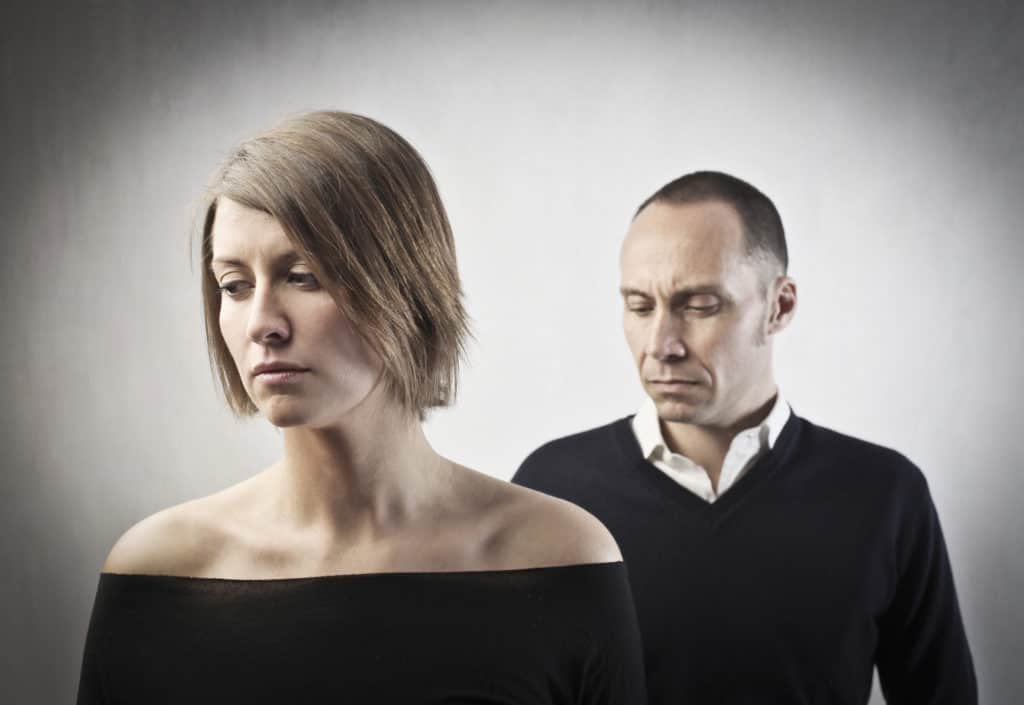 By Olivia Surtees
February 4, 2023
Breaking Up

You can feel it in your gut when you and your spouse start to drift apart. There’s something about the marriage that just isn’t as solid as it used to be. You notice that you’re not the same couple that you used to be. If this sounds familiar, you could actually be growing apart.

There are couples that are going through rough patches, and there are those that are growing apart. Because some of the signs can be the same for both, you need to first make sure that you’re not going through a tough time. If you’re not, check for these signs in your relationship. Then, do what you can to keep your marriage intact.

Date nights are a thing of the past. Those long conversations simply don’t happen now. Sitting in the house together involves you both doing your own thing. Not spending time together is the main red flag that you’re growing apart.

To save your relationship, make an effort to do things together. Tell your partner you miss them. Ask your husband how he feels about scheduling a date night. He just might miss you too.

Couples that are solid and well connected are like best friends. They talk about their feelings. They share life goals. If you’re not connected, you’ll notice that the communication is a bit off. You might start to feel like your emotions are burdens on your husband.

Start sharing things with him again. Open up. If you feel that what you’re going through isn’t important to your partner, it’s time to have a serious conversation about that. In healthy relationships, you can communicate with each other.

Sometimes, it’s normal to feel a disconnect in a relationship. If one person has been working towards a promotion or there has been a drastic life change, such as a new baby, there might be some distance between the two of you. Most of the time, a relationship will bounce back from this phase.

A disconnect from you two growing apart isn’t a mere phase, though. You’ll find that you don’t bounce back. Instead, it seems to keep growing. Typically, it will start in one key area, such as communication. Then, it will spread to other areas.

Focus on bringing intimacy back into your relationship by spending more time together. Talk more. Ask him for his opinions on things.

You used to be role models of healthy communication, and that has dissolved. Now, there isn’t compromise. You both have chosen to either stop discussing things or simply argue in an attempt to prove your point. Every problem seems to turn into this. This is a huge red flag that you’re growing apart.

This is because there is a gap between the two of you. You’re no longer functioning as a team. To combat this, speak with your spouse about communication. If you need to, consider getting help from a therapist. Don’t forget to become connected by talking to each other and spending time together. Do not focus on who is right during any conversation. That is not the point.

5. Your sex life is gone

If you are still enjoying the occasional romp in between the sheets, the passion is gone. The only time this is the exception is when it’s due to physical reasons, such as erectile dysfunction. This is one of the major indicators that there is a distance between the two of you. When your relationship gets back on track, so will your sex life.

6. You’d rather spend time at work

You find yourself doing anything to avoid the problem at home or your relationship in general. You’ll volunteer for extra hours at work, or constantly propel yourself towards new career goals in an effort to avoid the relationship. If you would rather spend time at the office than with your partner, you’re growing apart in your marriage.

To save the marriage, it’s time to spend time at home and address the issues you have.

7. You no longer reach out to them for support

When something happens, you find yourself calling friends or family. Sometimes, you don’t even bother mentioning it to your spouse. If you’re not reaching out to your husband for support, that’s one of the signs that you’re growing apart.

In a healthy relationship, you should be able to lean on each other. Close the gap in your relationship by paying attention to each other and working on your communication skills together.

8. You don’t give each other attention

If you noticed a lack of affection in your relationship, talk to your spouse. Identify other areas that you and your spouse need to focus on to save your marriage. If possible, have a talk with your spouse about the problems so that you two can work on them together.

Even if your spouse is sitting across the room from you, there’s a sense of loneliness. You could be with them all day, but it’s like sitting in the house by yourself. This is because there’s such a strong disconnect between the two of you that they may as well not be there at all. Work on spending more quality time together.

10. You can sense that you’re growing apart

When you begin to drift away from someone that you’re in a relationship with, you can feel it. There’s a gap between the two of you. In the beginning, it might be hard to pinpoint the exact cause. You don’t know if it’s communication, your sex life, or perhaps something is going on with one of you at work. Instead, your gut simply tells you that something is off.

When this happens, you should listen to your gut feeling. If you feel like something is off in your relationship, then there probably is. Sometimes, you can’t quite point to the problem, but that doesn’t mean that you can’t try to discuss it with your partner.

Simply telling them that you feel there is a gap between the two of you that was not there before is a great way to start a healthy conversation about current issues in your relationship.

You and your partner aren’t always going to be on the same page throughout your relationship. You’re bound to disagree on things.

However, he should still accept you for who you are. If you find that you’re often seeking acceptance from other people because you’re not getting it at home, that’s a red flag that there is a disconnect in your relationship. Consider working through it together or attending marriage counseling.

12. It’s been long enough that it’s not a phase

You can expect to go through certain phases like this in a relationship. It happens in every relationship, usually after drastic changes. However, if you’re growing apart, you’ll notice that you don’t bounce back after the phase. In fact, it can be months before you realize that you should be doing better in the relationship department and that you’re not.

In this situation, it usually starts out as a phase. There’s a change. You’re both adjusting to new things in life. Then, you never seem to grow back together. Your lives simply don’t merge back the same way that they normally do in relationships. This is surprisingly normal too. It’s a sign that you’re both growing apart.

Compromise, communicate and date each other to become close again.

13. Body language changes for the worse

When you’re drifting apart, your body language changes. One of the primary differences that you’ll notice is that you very rarely look each other in the eye. During conversations, one of you may find that the other one spends time looking at their phone. Perhaps one of you finds something to fidget with and looks at that.

Eye contact that does happen is relatively short. This might be coming from you, or it could be your spouse.

Pay attention to your body language and your partner’s. One or both of you will have closed body language and offer little eye contact when you’re drifting apart. This is common in a relationship after an argument or during times of stress but usually doesn’t last for long periods of time.

How do you know if you're both growing apart?

Communication is rare and ineffective. Date nights have stopped. In fact, you barely spend time together. One of you seems to make an effort not to spend time with the other, such as volunteering to work late. You pick fights or simply don’t discuss things.

What does it mean to grow apart?

Growing apart means that the two of you are no longer connected like you used to be. You’re not as close to each other emotionally. This often leads to you being further apart physically too. Some couples wind up sleeping in separate bedrooms or find that they no longer enjoy time with one another.

Is it normal for couples to grow apart?

It’s common for couples to start growing apart when there is a major life change or they have different goals. Sometimes, couples begin to grow apart as time goes on. However, the latter is less common than the first scenario. It takes work to bring the connection back into the relationship.

What to do when you're growing apart?

Communicate with one another. Do one nice thing for each other a day. Spend quality time with each other, such as a date night once per week. If you can’t seem to settle things on your own, consider reaching out to a professional marriage counselor. They can work with both you and your spouse to bring you closer together.

What are signs of disrespect in a marriage?

Signs of disrespect in a marriage include: belittling you, not caring about your opinion, disregard for your feelings, name-calling, dishonest behavior, giving sexual attention to other people although you are not okay with it, and intentionally hurting your feelings.

Growing apart doesn’t mean that your relationship is over. It’s a sign that you need to work on things with your partner. Have you ever been in this situation? What did you do to fix things? 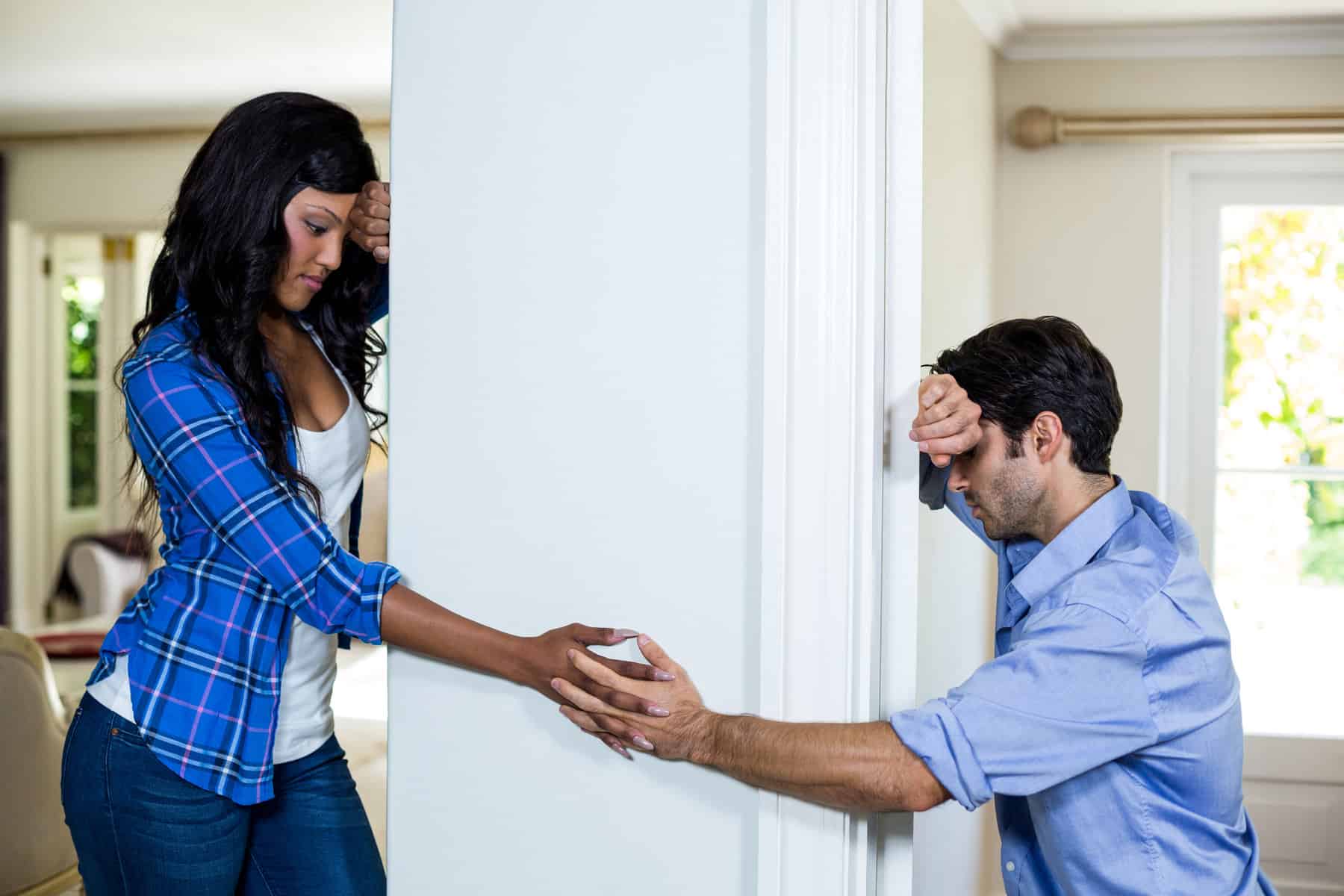 8 Positive Signs During Separation and Steps to Reconcile 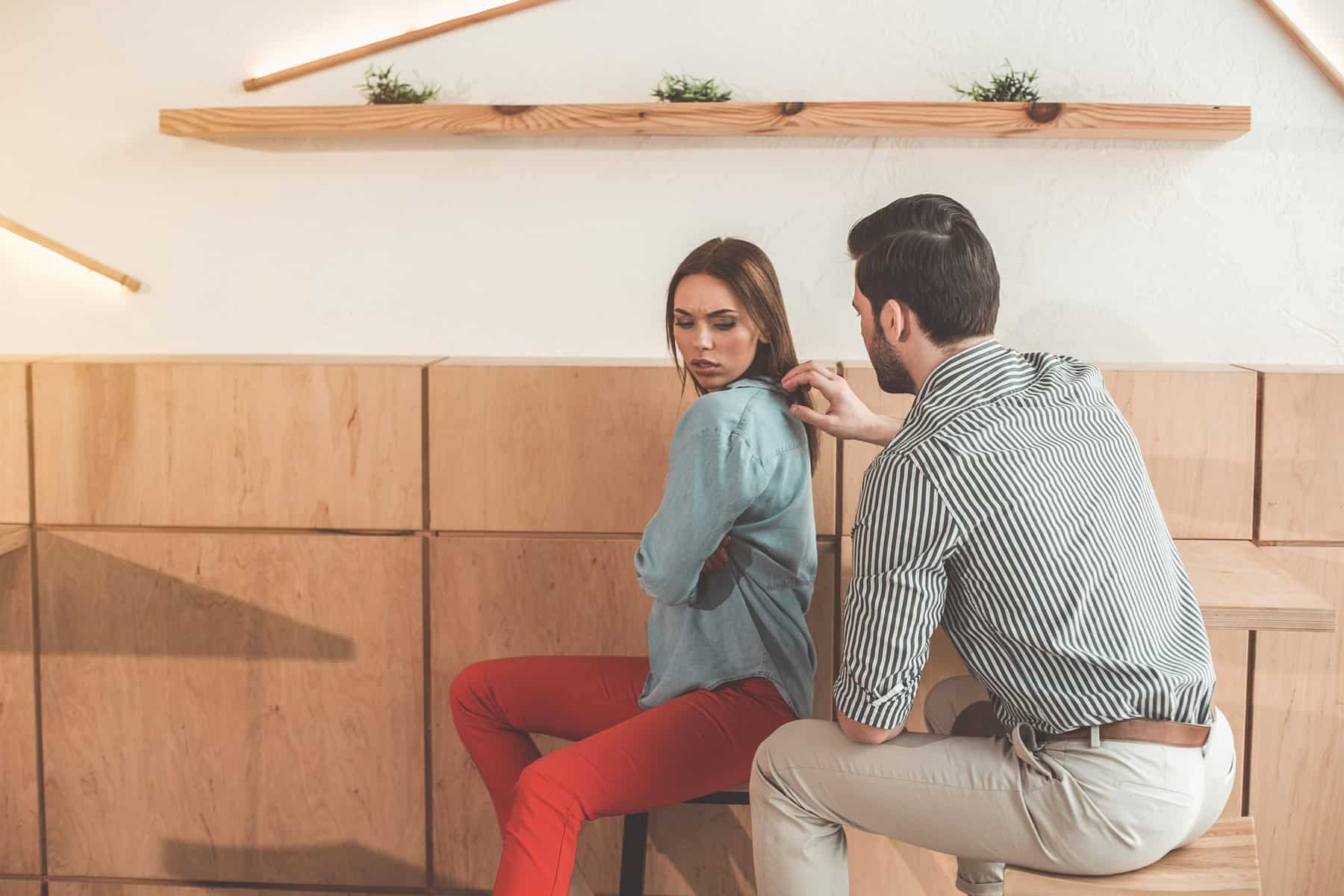 Why Does He Keep Coming Back If He Doesn’t Want a Relationship? 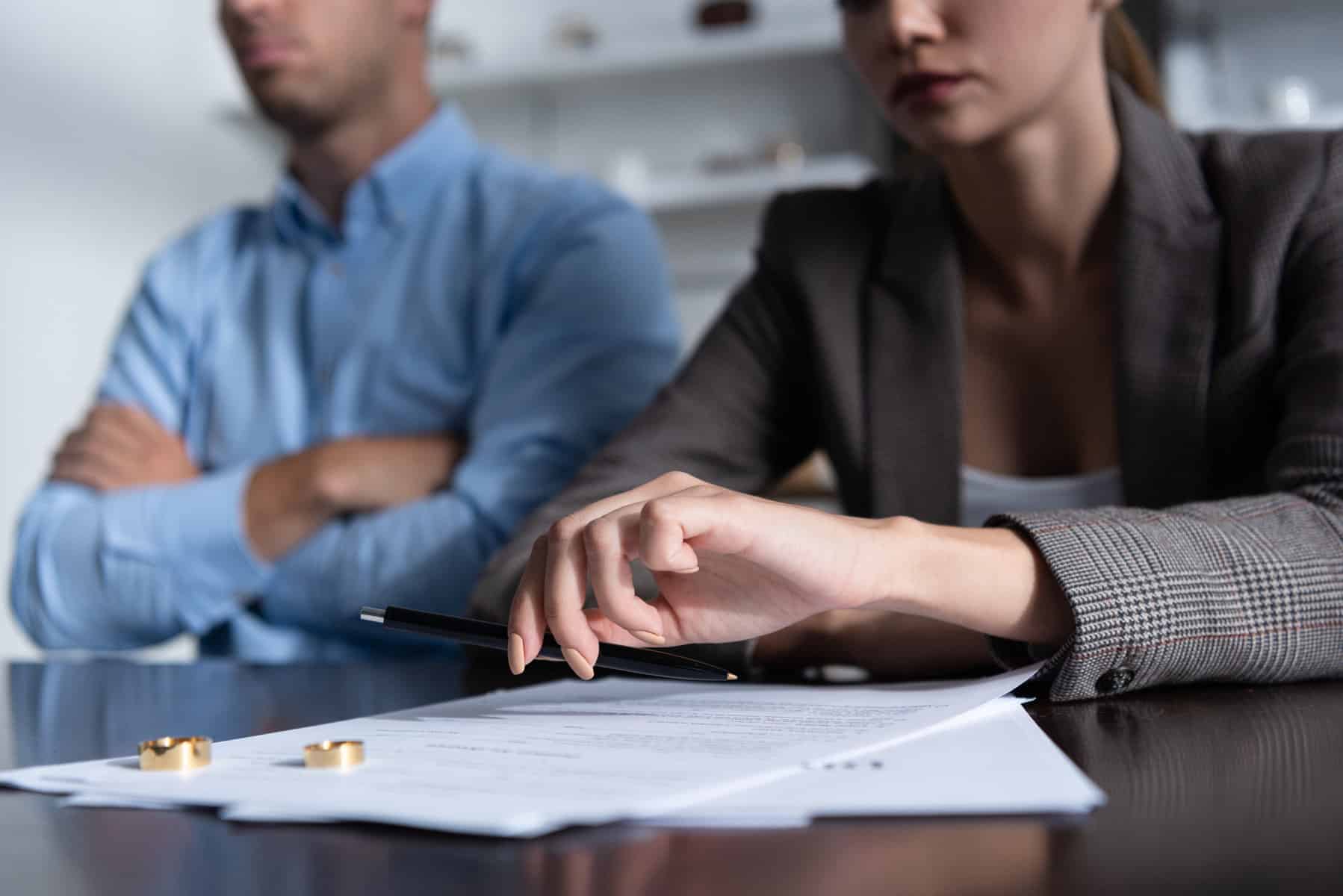 How to Have an Amicable Divorce