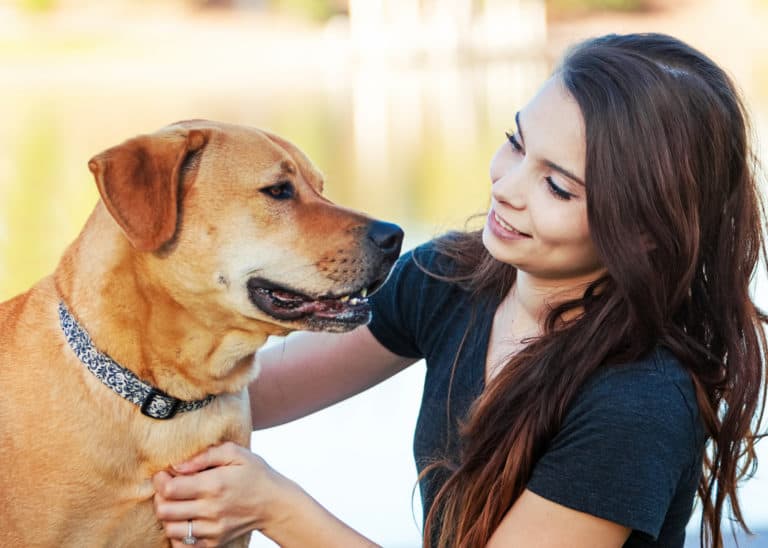 We all know the common deal breakers in dating. For example, consider a guy that is known for cheating. There’s also the girl that is packed with red flags telling men that she’s going to be full of drama. After we’re around certain people or go through certain things, we instantly start to pick up on those red flags.

There’s a new one that is quickly becoming more popular and more of a problem on the dating scene. The men and women that are choosing their pets over their partners. You don’t just have to get along with their kids anymore, you’ll also need to mesh well with their fur babies.

Studies have revealed that over 40% of people would choose their pet over a relationship or partner. Unfortunately, some unsuspecting partners don’t realize this until the time comes that they are given an ultimatum: make nice with Fluffy or hit the road.

Warning Signs To Watch Out For While Dating

I’ve been on both sides of this debate. I have a cat. More specifically, my daughter has a cat. The entire family loves her, and she’s not going anywhere. If he can’t deal with a cat, he won’t be in our home.

Likewise, I’ve dated guys that felt like this. There was one night that I accidentally locked eyes with his dog while we were getting busy, and kenneling the dog was not an option. Another guy was simply not an option for anything long-term because he said his dog would eat my cat. Neither of us was willing to find a compromise.

The thing is, not every pet owner is like this. Some will compromise, and some won’t. Watch for these red flags, in the beginning, to determine whether you might have a future with your new lover.

1. Their pets are companion animals

When a man or woman has animals that fall into this category, it’s important to note that this means that they rely on their dogs or cats for things that human relationships would normally fulfill. For example, their pet might offer:

When humans develop a deep relationship with pets, they often fall into this category. The animals are as close to them, or closer than, their relatives. These are the ones that will consider their pet a member of the family. They’ll treat them as such, and expect you to do the same.

If you want to know whether they will be willing to compromise when it comes to their pet, mention that you’re allergic. When the pet takes precedence, your allergies won’t matter. At most, they’ll recommend that you take Benedryl before coming over to their place. You obviously won’t be moving in together if you can’t figure out a way to deal with your allergies.

3. They get defensive over their dog or cat

If you aren’t saying sweet things in a baby voice, they get defensive. It doesn’t matter if the pets keep using the bathroom on the floor, it’s not their fault because they are animals. They can do no wrong.

You’ll also notice that you can’t scold them. If you tell Fido no, they tend to instantly stick up for them as though you are picking on their child. However, they can scold their pet because it’s their pet. It’s more than just pet ownership in this case. They genuinely act as though you’re bullying their favorite child.

4. “Animal lover” is how they describe themselves

When animal lovers make it a point to profess their undying love and affection for dogs or cats, you can expect it to come before your relationship. They’ll expect you to treat the pets like a member of the family just like they do.

Not only are there adorable pictures, but there’s also a cake! The new pet in your life might also have an anniversary, like an adoption anniversary. If the thought of a pet birthday party makes you cringe, just head the other way now.

6. They pay more attention to an animal than you

While you’re out to dinner on those first dates, you won’t notice this. Once you head back to their place, you’ll see a red flag or two. For example, they ignore you to pay attention to their dog or cat. They will expect you to love their animal too, and be offended if you don’t.

7. They devote their lives to animal rescue

This originally seems like a great thing. It instantly means that you have met a very caring, nurturing soul. However, it could also mean that your life will also revolve around cat cancer treatments, finding them homes, and possibly homing the ones that you can’t find a new home for. You’ll also need to consider the resources (money) that this passion takes.

8. Your date specifically said that a relationship with a pet is more important to them

When we think of a service pet, we often imagine a seeing-eye dog. There are a lot of different versions of a service pet, though. Therapy cats or dogs are also very common in people suffering from mental illnesses.

If you’re talking to a man or woman that has a service animal, you’ll have to understand that this pet is with them for life. It provides them with something, whether it be comfort or assistance with life skills. Because of this, they can’t function without it.

Service animals are not limited to a dog or cat. Any pet can qualify to be a service animal. For example, a service lizard. Reptiles are not the most common choice, but it does happen. Whatever the animal might be, you will need to make a choice to accept the pet or not be in the relationship.

Is it normal to love your dog more than your husband?

For some people, this is completely normal! Almost 20% of pet owners would rather celebrate a birthday with their pet instead of their spouse. Dogs are also non-judgmental, never cheat, don’t complain, and aren’t known to leave the seat up.

Can a dog replace a girlfriend?

A dog can help meet certain needs that a person might have, but they cannot completely replace a girlfriend. They can, however, offer companionship, some cuddle time and they’ll always be happy to see you when you walk through the door. They will always be loyal, too.

Pets are considered personal property. In the event of a divorce, the person that owned the pet prior to the marriage still maintains ownership of it. If the pet was purchased together, a judge may decide. Some judges decide that joint custody arrangements are best for certain animals.

They can. The unconditional love from a pet can make us feel happier because it’s rewarding. Caring for a pet tends to bring out our nurturing, caring sides. It will make you more patient with your partner, too. Pets have a variety of health benefits that both partners will enjoy, like a longer lifespan, that will make them happier overall. This is great for relationships.

Having a pet is one reason that a person might like you, but it’s another person’s reason to find someone else. Have you ever chosen between a pet and a partner? Or had a partner that chose their pet over you?

You May Also Like
Boyfriend Wants to Use Condoms All of A Sudden: Does It Mean He's Cheating?
No Comments
Insecure Couples On Facebook (17 Obvious Signs)
No Comments
What to Do When a Man Blows Hot and Cold (4 Things To Try)
10 Comments