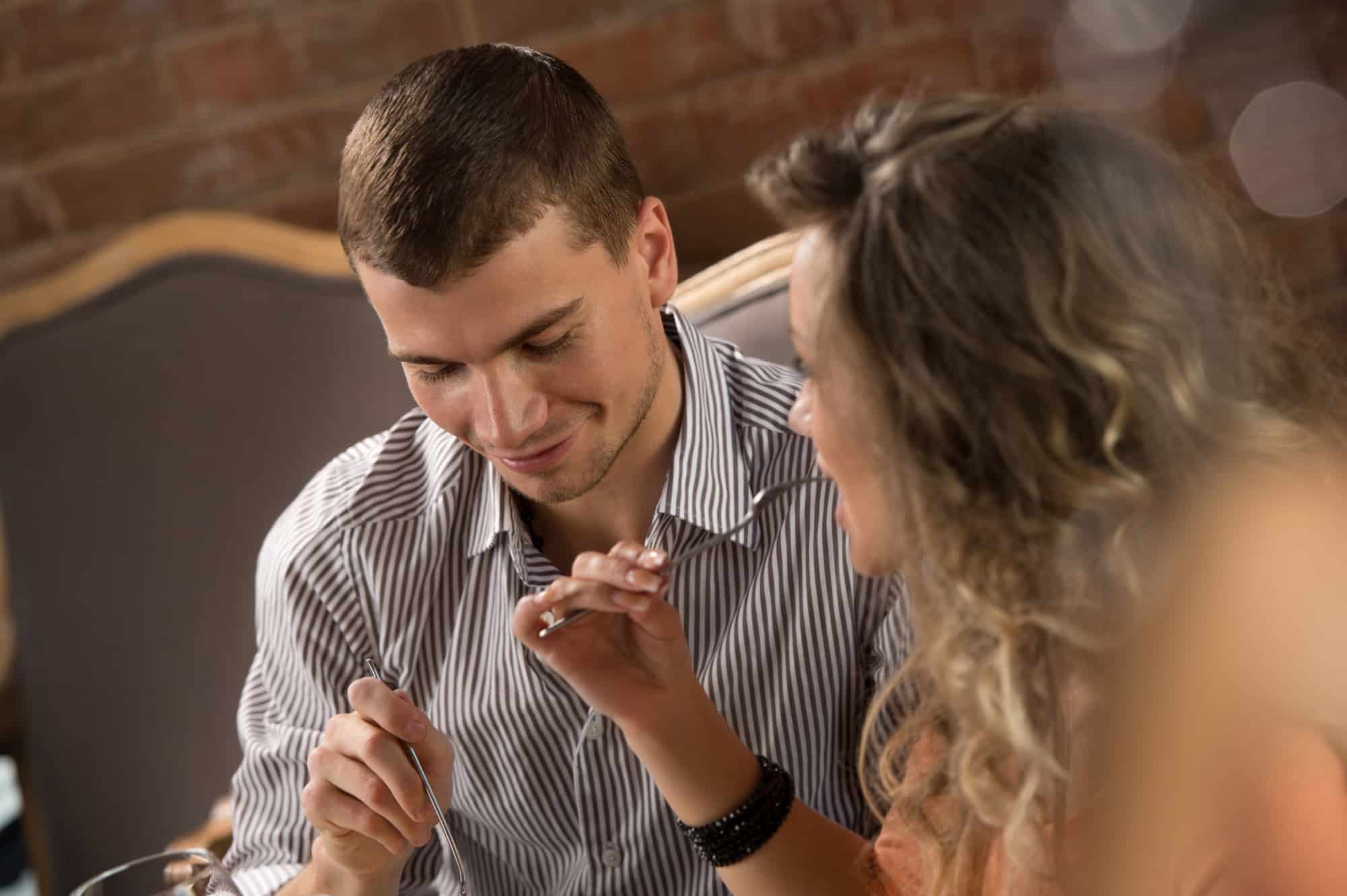 What Does Dating Mean To A Guy? (13 Possible Meanings)

It's common knowledge that men have their own ways of thinking and understanding matters, which are so different from the way ladies perceive them. One of these matters worth paying attention to is dating.

So, exactly what does dating mean to a guy? Well, the word “dating” in itself has become a very tough word to understand. Dating is now a matter of semantics, and it could mean a lot of things including merely hanging around or being in an exclusive union.

Now, the next question is; what exactly is dating, and since men have an entirely different notion about this word, dating?

Well, the definition of dating is different from person to person. Nonetheless, generally speaking, dating has stages. According to sources, there are various dating stages. It is, therefore, possible that the two of them did not have a mutual understanding as to which stage they were on.

So, it's quite essential you know what possible meanings dating could mean to a guy, and this article will help with that.

13 Possible Meanings Dating Could Mean To A Guy

1. Looking To Explore His Choices

This may sound absurd, but not every male knows what he wants in a woman. Dating will help him to identify character traits he may want to see in a woman he wants to settle with. So, he may start dating different ladies until he finds the one he can settle with. This helps him to explore his choices and find out the mindsets of these women he is dating.

At the end of the day, the one he is able to relate with more while they were dating becomes the one he wants to be in a union with.

Dating to a guy could also mean it is a means to broaden their social circle. A guy may ask you to hang out with him, not because he wants a committed relationship, but because he wants to be friends, though some men have malicious intentions behind their purpose. Some, however, want to network with rich and powerful women, either for good reasons or to exploit.

So, you should be quite cautious when dating because under the cover of getting to know each other. You may reveal personal information about you, which may be used to hurt you in the long run, especially about your place of work and personal finances.

For a self-obsessed man, dating someone means making you the ruler he could use to measure his achievements and success so that he could feel good about himself, or maybe find enough information to evaluate himself. For this type of person, dating is a form of social experiment. Maybe he may want to be with you, but that's secondary to his main idea of dating.

Guys in this category use your opinion to better themselves, even for the next first date. And that's how they find meaning in taking you out or swiping on those dating apps.

4. They Just Want To Have Sex

This may be a very horrid reason to you, but the reason why some guys go on dates is that they want to have sex. In a survey conducted to know what dating means to guys, some men made mention that the meaning of dating to them was to have sex.

While objectively, this may not be a bad reason, it's very nerve-wracking when you finally discover that spending time together, as you get to know each other, was just an attempt to get into your pants.

Very few guys will admit upfront that all they want just sex. That's why you should try to notice the red flags, for instance, they are always about your appearance; how sexy you look, or requesting a sleepover, or encouraging you to take in more alcohol. Don't be deceived, he just wants to sleep with you.

5. Give In To Societal Pressures

Society has a way of pressuring men who have reached a certain age or achieved a certain status but have no dating life. And sometimes, these men are forced by family and friends to find someone, get to know them, enter the dating world and eventually become a couple in a committed relationship.

However, with this type of situation, there is a high probability that only one person is interested in serious love life. It's sad when they try to act interested in the whole dating thing, but when they are not acting, it is an even sadder situation.

6. Love To Be Around Women

Dating to a guy may mean that he gets to spend time around women because they love the female energy around them. So dating someone to them would obviously have lost its meaning as getting to know someone better or wanting to be in a committed relationship. While this reason is not wrong, it can be time-wasting for ladies who want a serious love life.

To know if the guy you are dating is in this category, try to have conversations with him as friends so that you at least have an idea about his intentions towards you.

7. Trying To Make Another Lady Jealous

Any guy in this category is not looking to settle with you, because he is using you to make someone he probably loves very jealous. So, depending on how he loves the other lady, you would definitely find this guy setting-up dates in places where the other woman would be.

It's prudent you lookout for this type of guy before you find yourself emotionally connected with someone who has his eyes on another person. For this type of guy, his words have no meaning and you should not believe it. He just wants to be dating someone so that he will be noticed by the lady he is trying to make jealous. He doesn't see a future with you.

So pay attention and save yourself some heartbreak.

All humans crave emotional connection. This is because as humans, we have this social need to satisfy; the need for interaction and forming relationships. A guy who is looking to bond emotionally won't tell you that his aim is to end up in a relationship with you.

However, he pays extra attention to every detail about you, because that information can convince him whether you two are compatible with each other or not. If you are compatible, it would be very easy for you two to bond emotionally.

The meaning of dating is different for every guy. Every guy has his special definition of dating, and that's how he is able to relate that meaning per every encounter with the opposite sex on the very sense of the word dating. Therefore, some guys, just want to have fun with the opposite sex.

Dating is a chance to go on a first date with someone, get to know them, and have a lot of fun. These types of guys are looking for a distraction or temporary relief, and therefore, may not be interested in getting into a relationship.

10. They Are Searching For Someone Who Meets Their Criteria

Some men go around looking around for women who meet their criteria. This obviously means they want to go exclusive with the relationship. And since exclusivity is what differentiates dating from being in a relationship, these types of men are definitely looking to bond.

So they have their preferences in mind and try to tick all the boxes that match their list anytime they are on a date with a lady.

Some yet view dating as an ego booster weirdly enough. Male ego fragility has been a thing since time immemorial. In order to brag to friends, a guy may take you out on a date, especially if you happen to be on their list. One in which they have ladies they need to check out, a sort of bucket list but for women.

On a date like this, if you can, get away from these guys because they have no intention of getting into a union with you.

12. Move Around With Someone He Is Attracted To

If a guy likes you, he may want you to explore the world with him, and that includes you being invited on dates as he tries to get to know you better. To this type of guy, dating means moving around the world going on dates, even if the world to him means the smallest restaurant in the neighborhood.

Such a guy will go on dates with you because he wants to pursue a relationship with you, and he is showing you that he is seriously doing so.

13. It Means Being In A Relationship

Dating, to some guys, means being in a committed relationship. So, there is that exclusivity that defines the boundaries of the relationship. This means only the couple are in the union. No one is going on dates, other than the two of them, or on a talking stage with anyone else.

And because of that, they enjoy all that comes with being in a relationship. There is a mutual understanding of the position of girlfriend and boyfriend.

What is the difference between dating and having a boyfriend?

What does dating mean?

Dating means you are going on dates with someone, seeing them, and spending time with them regularly with a purpose. That purpose is that eventually, you two get into a union.

What's the point of dating someone?

The point of dating is to find someone you can be compatible with, love them, and eventually have a happy family with the love of your life.

Does dating mean you're single?

Dating does not mean you are in a relationship, it also doesn't mean that you are single. It depends on how long you two have been dating and how you chose to define the word, "single".

To some, single means unmarried. If you have been seeing the same person for a long time, then it's probably safe to say that you are not single. However, if you are not seeing the guy for long, then, you could say you are single.

Before I sign out, I hope you have now noted the possible interpretations a guy could have for the word, ”dating”. So, ladies, with this information in mind, keep your eyes open and observe what reason and the mindset with which the guy may be dating you especially, his interactions with you.

I hope you enjoyed this piece. I would please want to know your feedback in the comments section. Also, share!