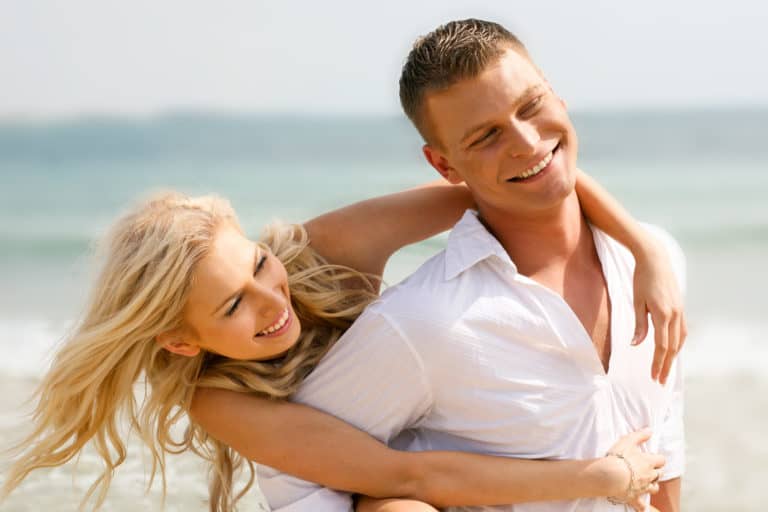 What Is a Vanilla Relationship? 9 Things You Need to Know

The phrase vanilla is often used as an insult; it essentially means to be basic, but there’s nothing to be ashamed about being in a vanilla relationship.

The term vanilla relationship comes from vanilla ice cream, as it's commonly considered a boring flavor at the ice cream shop. However, if you think about it, who doesn’t like vanilla? Yes, I’ll admit it's not a favorite but it’s a simple and reliable versatile flavor; you can’t really go wrong with vanilla! So, you see the appeal of a vanilla relationship, right?

What Is a Vanilla Relationship?

Vanilla relationships aren’t often considered exotic, and usually one or both partners would have a vanilla personality.

What You Need to Know About a Vanilla Relationship

As long as you and your partner are both vocal about what you want to get out of the relationship, then there’s no issue. If you do have different views or want to explore different things, you could even consider an open relationship in order to make up for years of vanilla dating.

With that being said, a lot of couples in a vanilla relationship are more than happy with the situation they find themselves in, as it can feel more reliable and secure than other relationship styles.

To understand a vanilla relationship a little better, it’s useful to know the direct opposite. In this case, the opposite would be an open relationship or a sugar relationship. Sugar dating is whereby you’re paid as a sugar baby by your sugar daddy.

These relationships don’t require emotional connection or sexual intimacy, of course in some cases both can happen, but typically they don’t. The sugar daddy would pay his sugar baby an allowance and treats, and essentially take care of her financially.

Without the distraction or complexity of a pretty wild or kinky relationship, a vanilla relationship can have a deeper emotional connection.

This tends to be the case due to the dating phase. Think about when you start dating somebody. Your vagina can take over and we often find ourselves sexually attracted to somebody before we begin to develop an emotional relationship.

A vanilla relationship tends to miss that kinky phase when you start dating, and instead they get to know about each other in real life, not in fantasy mode. Sex actually tends to come later, meaning that you won’t necessarily feel sexually attracted to your partner until you develop feelings for them first.

The beauty of vanilla dating is that you’re most likely dating your best friend, to be in a vanilla relationship you would require a lot of trust and faith in your partner to feel so secure.

Yes, unusual sex practices probably won’t occur in a vanilla relationship, but that doesn’t mean that vanilla sex is boring.

It doesn’t have to be kinky for sex to be good! There’s nothing wrong with choosing simple positions and limiting sex toys so long as the end goal is the same, to orgasm. Sometimes, emotional sex can feel much more romantic and, in turn, feel nicer.

There’s an added sense of security and reliability in a vanilla relationship that we often struggle with in most relationships.

Being vanilla helps you to feel so in tune with your partner, you fully understand and respect your partner’s boundaries, and you most likely began dating when you were young, meaning that you literally know the ins and outs of one another.

6. A regular vanilla relationship tends to be monogamous

It is possible to be in a vanilla relationship as a non-monogamous relationship, however, when you add more to a relationship there’s more opportunity to cater for different preferences and to explore more sexually either with one another our outside of your relationship.

This is something that a vanilla relationship tends to lack.

7. Both partners don’t have to be vanilla

It’s completely possible to find yourself in a vanilla relationship where you yourself are not a vanilla person. The reason being that you might have fallen in love with a vanilla partner and cater to his or her needs.

Yes, your sex life may be vanilla, but as an individual you may desire kinky sex and often suggest things for you and your partner to try to push the boat out a little.

8. It can take a lot to step out of your comfort zones

Vanilla people are all about routine, and although you and your partner may want to try some things that are new, it can feel difficult to break out of this routine.

9. So, how can I make my vanilla relationship more interesting?

It’s important not to overwhelm yourselves, and to vocalize to your partner about what you may be open to trying and similarly asking what they would like to explore in return. Start slow, and don’t change too much at once. This may feel quite drastic after being in a routine for so long.

What is Vanilla Sex?

A vanilla kink could be something as simple as having sex with the lights on; sex that feels very simple and basic. In my opinion, all consensual sex is good sex! If you’re turned on, and you’re having a good time, then there’s no issue!

Take the time to try new things, and expand on what you enjoyed. For example, if you enjoy being blindfolded, try to restrict something else like tying your hands with handcuffs. And if it isn’t for you, then revert back to your old ways and stick with vanilla sex if that’s what you’re happy with and you know it does the trick.

What does being vanilla mean in a relationship?

To put it simply, being vanilla in a relationship means that you don’t tend to spice things up. You’re very content in your routine, your sex life, and don’t put much effort in for your relationship to work together.

What does it mean when you are vanilla?

If you yourself are a vanilla person, you’re likely to be pretty ‘ordinary’. You may have little inclination to try new things, you could be a very comfortable person who is content within their relationship and lifestyle.

Is vanilla relationship a bad thing?

Absolutely not! Not if you’re happy. The only time I would say it could be a bad thing is if you’re wanting more but your partner is entirely unwilling to compromise. Then, it may be time to consider whether or not the relationship has a future.

However, if you are happy within your relationship and communicate freely with your partner, vanilla or not, I’d say you’re in a great position!

There is nothing negative about being in a vanilla relationship. Everyone has preferences, and some people feel so secure and content with their partners that exploration of other things is avoided, and that’s okay!

It’s also okay to find yourself in a vanilla relationship and want more. There are many different things to try to spice it up or to fulfill a kink that you’ve had for a while. Although vanilla might not be your favorite flavor, it may be someone else's. Remember that everyone is different, and everyone has different preferences. 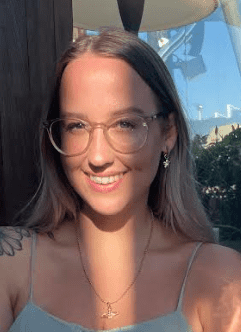 Kelsey Willows
As a woman in our world, I’ve dreamed of becoming a writer to essentially help women! I think it’s important to normalize topics that are considered taboo, especially within relationships and sex! I have always been a shoulder to cry on, whether that’s to a close friend or even to a woman scorned in the bathroom of a nightclub! I give balanced advice, and encourage those to look at a situation from several points of view. I recently graduated from Salford University in England where I wrote my final dissertation on gender representations in adaptations of pride and prejudice for film and TV, and alongside this have been writing a novel. Again, normalizing the want for pleasure as a woman, and the need of a healthy relationship.

You May Also Like
What Does It Feel Like To Have A Guy Come Inside You?
11 Comments
How To Satisfy Your Husband After Having A Baby (11 Respectful Ways)
No Comments
What Does It Mean When A Guy Touches Your Lower Back? (27 Sweet Meanings)
No Comments