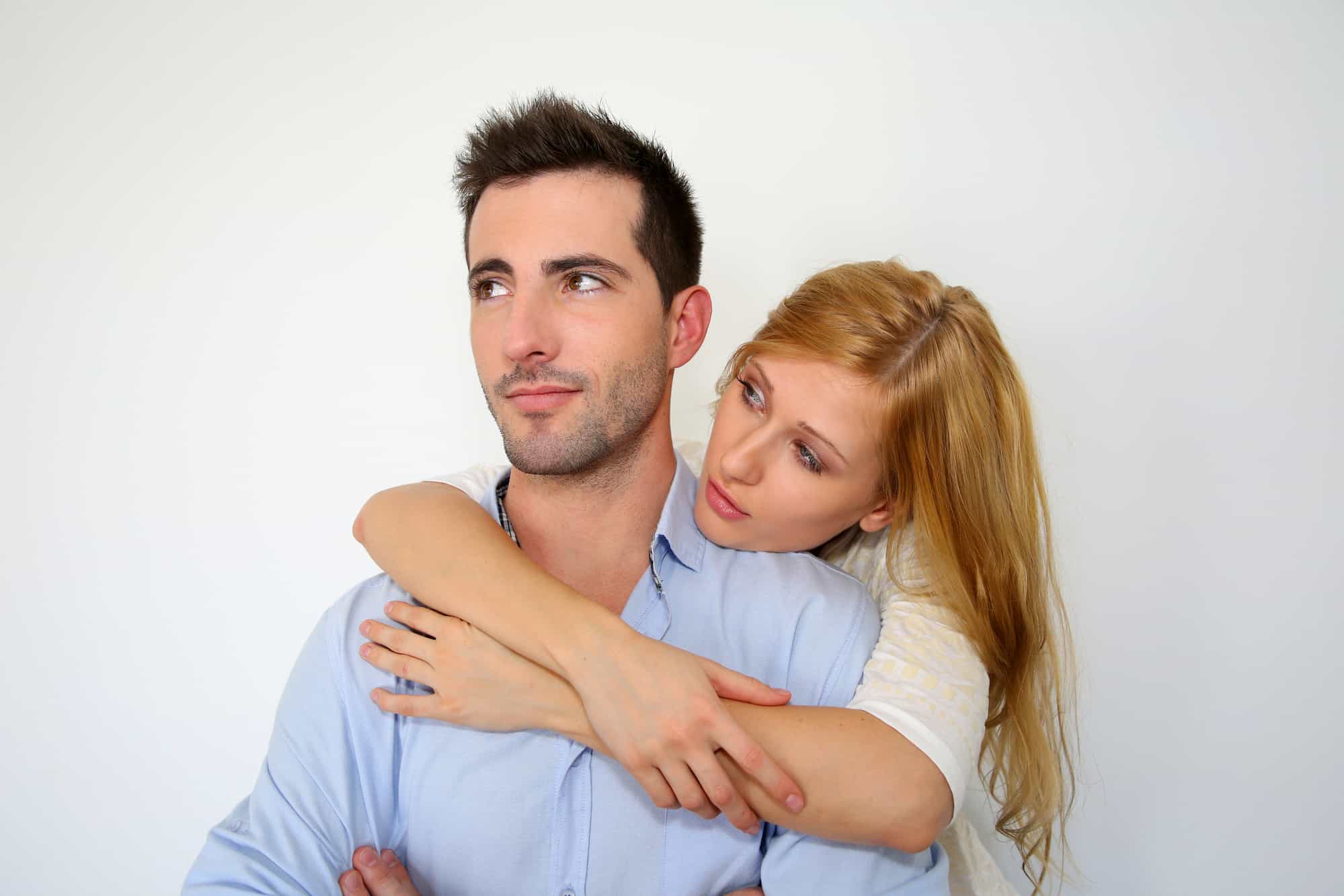 Does your entire relationship feel like you (and everyone around you) are mostly just keeping up with your extra boyfriend? While there are perks to being around his energy, have you found yourself wondering if your king is actually a drama queen?

How does one tell a guy probably acting out momentarily apart from a chronic drama king? If you’ve internalized how only women tend to be the melodramatic ones, it might be hard reconciling that notion with reality when you get with a male drama queen.

You’re probably here because you’ve seen your man’s dramatic tendencies are a little above average. That, or you just stumbled on this post in which case you might be in for some rude awakening. Anyhow, if your guy tests positive to the signs ahead, he’s very likely a drama king.

1. He always has to be (in) the center of attention

Attention-seeking, being one of the major characteristics of histrionic personality, is a defining quality of a drama king or queen. If your man is really what you think he is, you can tell by how he seems to live to get noticed. As subsequent signs on this list will further illustrate, everything he does is either in a bid to gain attention or to maintain his position in the spotlight.

By his definition, things are only ideal as long as this compulsive need of his is getting filled left, right, and center, even at the risk of commandeering your shine. Unfortunately, this doesn’t always come across as a cause for concern at the beginning.

In fact, you may find his cravings for drama charming at first, but that gets old real quick as you learn over time just how insatiable he is.

2. He habitually makes a crisis of a non-issue

The thing about people who constantly need their fix of attention is that well, no amount is ever sufficient. No matter how much drama naturally surrounds them, either it’s not happening fast enough or they need it to be more about them. When you’re operating from such a baseline, it makes sense to develop habits that get you what you want more often than not.

That means very much as you’d expect of a drama queen, you’ll often find your drama king reading into things and making a complete big deal out of nothing. This will reflect everywhere from your everyday interactions to the more serious emotional issues in your relationship.

A drama king’s thirst for more attention ought to also show in his tendencies to go the elaborate route on just about everything, from his feelings to how he expresses them. Just as he lets his emotions get the better of him even in situations that barely warrant it, the drama tends to reflect whenever he has something to share as well.

Take for instance, how people tend to focus on the point when they talk about their day or recount an experience. A drama king’s version of events often involves him embellishing parts or all of the story for maximum effect on his listeners.

Therefore, if in addition to throwing unnecessary tantrums, he tends to pad up realities you lived together when he tells it at the dinner table, you’re probably dating a drama king.

Another quality common to drama kings and queens everywhere is how high maintenance they tend to be in relationships. It always boils down to them needing more attention, though the quality manifests in literally every aspect of your relations.

You may find your drama king to be extremely needy or picky and he’ll likely obsess over something superficial like maintaining his appearance standards. This means only getting the best of him when you are able to meet his demands and the opposite when you can't.

Unfortunately, between his tendency to blow the littlest things out of proportion and his addiction to drama, nothing you do will ever fully satisfy him. That might explain why it feels like your relationship primarily caters to your s/o's needs while your relevance is measured in how well you're able to support his lifestyle.

5. Dating him is an emotional rollercoaster

You know what they say dating someone who thrives on drama; never a dull moment. While that may not necessarily sound like a bad thing if all you fear is boredom in romantic relationships, it can be extremely stressful to keep up with.

A drama king generally oscillates between extreme emotions, and your chance at emotional stability with him comes down to how well you can manage to consistently reassure him. For example, he could have women fight over him every other night with little or no consideration for how you’re feeling.

Whereas he’s so overbearing that he gets upset by virtually every situation involving you and another guy. In some ways, being with a drama king makes you feel more alive than ever, but at the same, his double standard can also be so emotionally draining it’s borderline toxic.

6. He sucks at effective communication

A shortcut to spotting drama kings is that the drama dominates all that they do, sometimes even at the cost of getting to the root of an issue. A drama king or queen will sooner jump to conclusions and act on their own assumptions than give you the chance to explain your side of things.

If you’re dating a drama king, there’s bound to be more instances of him overreacting based on little to no info than ones where he actually hears you out before acting. You may also find small problems in your relationship metamorphosing into giant issues because he won’t stop address them properly.

The worst of it is that while the cost of insufficient communication accumulates between you, he’s too focused on the pleasure derived from his behavior to see it.

7. Things happen to him, never because

Another sign typical to a drama king is the blame game. He gives in to the drama without thinking then starts finger-pointing when it comes time to be accountable. A drama king could literally cause a scene against your better judgment, then turn it on you, or global warming when it gets them in soup.

He’s always the victim in his story, such that even his obvious mistakes are someone else’s fault, never his. The worst and most annoying part is that a drama king isn’t always faking it when he casts blame on others for his failings.

So instead of owning (and fixing) up, he doubles down on the drama like it’s an ally in a world where everyone, including you, seems out to get him.

8. He dwells on your mistakes

You can tell you’re with a drama king when he hardly holds himself accountable but holds mistakes over your head indefinitely. In other words, the “forgive and forget” concept only applies to your relationship when it’s in his favor. Why settle conflicts completely and put them in the past when each slip is potential material for his next drama?

What will he use as a reference to corroborate his view of how the odds are stacked against him if he lets go of that one time you said something wrong? Someone who would go as far as to manufacture content to thrill an audience will certainly hold on to real-life stuff for use later.

The pleasure derived from having leverage over you is usually greater for a drama king than guilt or whatever emotions his double standard has him feeling.

9. His closest buddies are equally dramatic

Finally, show me your friends and I’ll tell you who you are, or however the saying goes. Asides from the convention behind people you hang with rubbing off on you, a drama queen will typically gravitate towards their tribe because it takes at least two parties to gossip.

As much as opposites attract, everyone including drama kings needs the validation we get from being around people of like minds. For some, being dramatic is the only way they know to behave and that tends to follow them into every relationship they form, romantic or otherwise.

He may not always get his drama on, but if he’s comfortably in the center of a circle dominated by drama kings and queens, odds are he’s drawn to attention himself.

What is a drama king?

A drama king is the exact male version of a drama queen. He has a compulsive need to be the center of attention and will do whatever it takes to make it happen. A good example is someone who tends to exaggerate everything for effect from their emotions and how they react to things to stories they tell.

How can you tell if someone is a drama king?

A drama king lives for attention, attention, and then more attention. He’s overly emotional and is usually as high-maintenance as they come in relationships. You can also tell by how excited they get by potential drama and the pleasure derived from their performance or its outcome.

Is drama queen an insult?

Women fight being called drama queens because the term is often used to describe people whose lifestyle is basically a series of exaggerated acting. Those who tend to blow things out of proportion for no other reason than they like the attention. Though how much of an insult it is depends on who says it and how, generally, being called a drama queen or king is no high praise.

Why do I crave drama in relationships?

Drama in relationships is more often than not a distraction technique. People often turn to it when they don’t want to talk about or deal with the underlying cause of an issue. Craving a bit of drama can also suggest you need more excitement in your love life or life in general.

Who is more dramatic, males or females?

Women fight the stereotype of being more dramatic than men because of all the biological justification with hormones and all. Some studies on the human brain also suggest females score higher than their male counterparts when it comes to emotional and social sensitivity.

However, dramatic tendencies are equal because it’s less a matter of gender and more about the individual need for drama.

A drama king may not be the worst of the bunch, but the quality is a dating red flag nonetheless, especially when over the top. Knowing the signs can help you decide what to do early enough, whether to learn to live with his drama or to drop him with quickness. Either way, I hope this helps. If you liked this piece, let me know in the comments, and feel free to share.