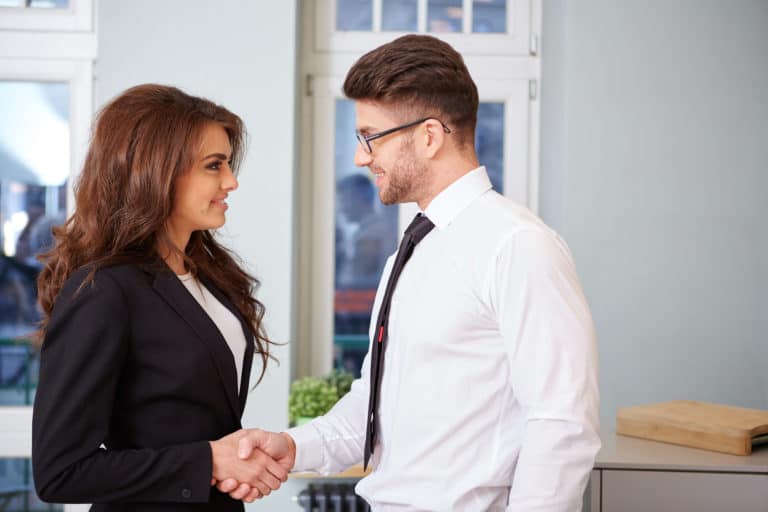 Can A Married Woman Be Friends With A Single Man? (5+ Blurry Lines)

You would think that in the 21st-century men and women could be just friends regardless of their marital status. But, as with all relationships, it’s not that simple.

Life is not black and white. There are a lot of grey areas and people’s feelings to take into consideration. So where do we start? Let’s examine all the possible scenarios of when it is okay for married women to have single male friends first.

Is It OK For A Married Woman To Have Male Friends?

Is it acceptable for a married woman to be just friends with guys?

We don’t live in a vacuum before we marry. So it’s entirely possible that we will have accumulated best friends along the way. And shock horror – some of these are the opposite sex.

But what do we do when we get married? Should we ditch our best friend overnight? Of course not. But the relationship has to change because we are married.

Therefore, I would say yes, it’s perfectly acceptable to have a guy friend from our past after marriage. It’s even acceptable to be just friends with new guys during a marriage.

However, I have two very important caveats to the above statements which makes all the difference.

I want to tackle the reason why a married woman would have single men as a best friend before women’s friends.

There are lots of reasons why people form friendships.

Now, the first three reasons are perfectly acceptable when it comes to married women retaining the friendship of a single man. For instance, they might like playing tennis and her partner is not sporty.

Or they may like to trawl antique shops for bargains and the husband is not interested. Perhaps they support the same soccer team or like the same band. Either way, if it is something they both enjoy doing and the partner does not it’s acceptable for them to continue.

On the other hand, we have three more emotional reasons for friendship. This kind of friendship is more about sharing intimate details of their lives. A married woman who confides with a single man is forging a deeper bond with that single man.

As this bond grows stronger so might her feelings for her single friend also grow. More to the point, she is also creating a distance between herself and her better half. This may lead to comparisons being drawn between the partner and the friend.

Before you know it the friendship has crossed over from a platonic one to a sexual one. It is a natural progression. Once we become emotionally attached to someone we want to get physically closer to them.

Of course, our behavior with our single friends is just as important as our reasons for having a relationship with them.

A married woman who includes her partner with her and her single male friend is not hiding anything from him. She is saying that her husband is quite entitled to view the relationship for what it is. She is being upfront about their friendship.

By including her husband he can see exactly how they interact with each other. He knows they are not going off in secret chatting about him or the marriage. Everything is out in the open.

Then again, there are some married females who are secretive about the time they spend with their male friends. This can lead to a trust issue between the husband and wife.

It is not acceptable for married women to always take phone calls from a single man when their husband is not in earshot. It is not right when a wife meets a single guy without her husband’s knowledge.

It is when things start to become secretive between a married couple that a husband should start to worry.

Can A Man And A Woman Just Be Friends?

But there’s another problem with friendships with a single man that women might not even realize. Research suggests that males and females cannot be friends, and it’s all down to perception.

The results of one study into opposite-sex friendships revealed huge differences in how the genders viewed their friendship:

This study would appear to suggest that a single man may be attracted to his married female friend and she would have no idea about it. Obviously, this could cause a major upset in a marriage.

Is it OK for a married woman to have male friends?

Yes, it is OK but you should make sure that you set some boundaries so it is clear what is acceptable and what’s not. Also, you should take your husband’s feelings into account. How would you feel if he kept going out with a single female friend? Look at it from his point of view.

What do you call a single man dating a married woman?

A player! This type of guy clearly has commitment issues. He is probably after casual sex and a purely physical relationship, rather than something more emotional. I would steer well clear of men like this. After all, it’s not like there are no single women in the world.

Should a married man be alone with another woman?

It depends on what he’s doing with her. Look, not every man is a sexual predator. In today’s world there are lots of times married men are alone with other women; in the workplace, on business trips, etc. You cannot hide away but you can control your behavior.

Can you be friends with someone you're sexually attracted to?

What is emotional cheating in a marriage?

This is when a friendship develops into something more important. You begin to confide and divulge secrets to your friend. This can drive a wedge between you and your partner. There’s no physical intimacy but emotionally you feel connected.

Are you a married woman with a single male friend? I’d love to hear about your experiences. And if you liked this article please do share it.

One comment on “Can A Married Woman Be Friends With A Single Man? (5+ Blurry Lines)”

You May Also Like
Husband Doesn't Sleep In The Bed With Me: What Does It Mean?
3 Comments
Nudist Husband (5 Things To Expect From Your Partner)
No Comments
My Husband Ignores Me (4 Things You Should Do Right Away)
8 Comments