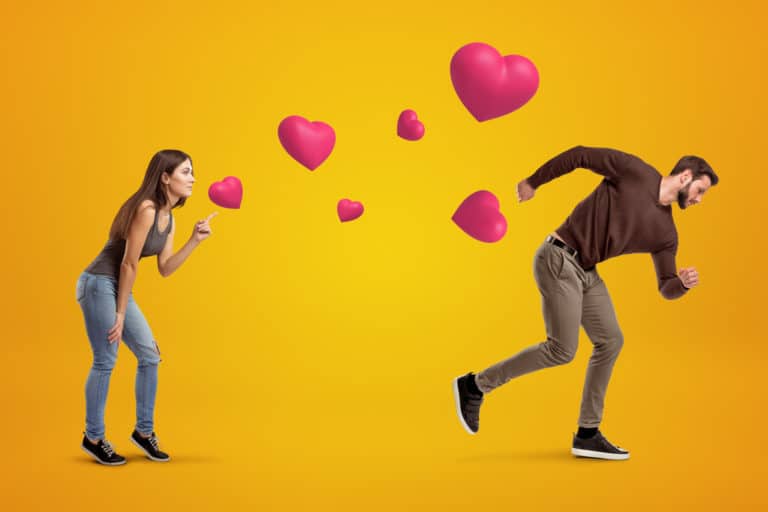 Blinded By Love: 15 Signs You Are Wearing Rose-Colored Glasses

We’ve all heard the phrase that someone is blinded by love. It means that they can’t see any fault in their partner. Their boyfriend or girlfriend does not do anything wrong. This is because they can’t see clearly due to being in love.

How To Tell If You’re Blinded By Love

While we’ve heard the expression before, it can be hard to tell when we’re the ones blinded by our love. I’ve been in relationships that have ended with some people sighing in relief. They told me that they couldn’t wait until I was no longer blinded by my love for the other person. I wish I would have known how to tell back then, but thankfully I can now.

The more of these signs you notice in yourself, or your friends say you have, the more likely it is that you’re not seeing things clearly.

We all have flaws, except for the guy that you love. He’s perfect both in and out. His looks are amazing. Problems are non-existent. If there are issues, it isn’t his fault.

It’s perfectly normal to feel this way in the beginning. This is often referred to as the honeymoon phase. However, when you’re blinded by your love it’s much more than just a phase. Instead, it doesn’t seem to pass.

2. There’s more distance between you and your loved ones

In new relationships, it’s a bit normal to be mildly obsessed with your new partner. As time goes on, this typically fades away. Then, you both reconnect with the people you’ve been neglecting.

If you’re still finding reasons not to hang out with friends months later, that’s a red flag. Not only is this a sign you’re blinded, but it’s also unhealthy. You need the insight that people close to you can provide.

3. You make excuses for their flaws

If you do still have something to do with your friends, they might point out the flaws in your new relationship. When you’re blinded, you don’t see a problem with anything your partner does, though. Instead, you’ll find yourself excusing their behavior.

4. Major decisions are made early on

As you continue to be intoxicated by your relationship, you’ll start to make major decisions way too early. You’ll find that you’re both changing your relationship status quickly. Discussions to move in together take place after a month. You might even start referring to him as your future husband. Moving too fast too soon is another red flag to beware of. This can mean your blinded and that you’re in a toxic relationship.

5. His happiness is your top priority

Instead of being honest, you suck up feelings to make sure you don’t hurt his feelings. Giving him all of your money is not a problem. Does he need to be the center of attention all day every day? That’s what you’re there for. Take a step back if this sounds familiar. Healthy relationships involve honesty and effective communication.

6. You are the only one that compromises

In a healthy relationship, both people communicate. When issues arise, they compromise with each other. You’re blinded right now if you’re the only one compromising, and you don’t see a problem with it.

If you do voice concern about something, even though it’s highly unlikely, it’s blown off. After that, you don’t seem to mind. When he invalidates your feelings, that’s a huge red flag. You’re blinded, and he is taking advantage of it.

8. You lack other interests

Just like it’s normal to have other people in your life, it’s also healthy to have hobbies outside of your relationships. However, you seem to have given those up in favor of worshipping your new relationship. If all of your previous hobbies have taken a backseat to your new man, you might be blind right now.

9. Past red flags are dismissed too quickly

People can change. In fact, people are constantly changing and working on self-improvement. That doesn’t mean that the guy you’re in a relationship with has changed though. If he has an abusive past, you need to look for evidence of the ways he’s changed. This is ideal instead of dismissing it as being the past and moving on. If your sight isn’t clear, you’re more likely to dismiss his past.

10. His attraction is still about your looks

If he’s a superficial guy that isn’t really into you, and you’re blinded, expect him to string you along. You can also expect yourself to not notice. Take a step back to get a good look at your relationship. Does he care more about what you look like than anything else? Is the majority of your relationship physical? You might be ignoring this red flag because you’re not willing to see it.

11. Your friends tell you that you’re blinded by your love

If you don’t see it in yourself, other people will. They will more than likely try to help you by telling you. Friends and family always see things that you don’t, even if you don’t want to realize it. If you’ve heard this saying at least once since your new relationship started, there’s a good chance it’s true.

After so long, you’re not blinded by love anymore. Somewhere along the road, you see your relationship for what it is. This is when you start to realize all of their flaws. You’ll finally see the things that your partner might lack.

In fact, you’ll notice the same pattern in multiple relationships. This is because you’re blind to those things at the beginning, which leads to poor decision-making.

This new personality that you’ve suddenly developed is not you. Even you can tell that you’ve changed. This is because you’re so focused on making the other person happy that you are acting differently. In fact, you’ll find that you seem to lack personality at times. This is one of the biggest signs that you’re blind and don’t realize it.

When you’re blinded, you are blind to everything in the relationship that can be perceived as bad. You want to stay intoxicated by the rush of being in love, so that’s exactly what you do. Ignoring red flags quickly turns into ignoring abuse. You simply don’t see it. Making one excuse after another is another common thing that a person will do if they are blindly in love.

You are so head over heels for them that you fail to realize that there is not genuine chemistry. The two of you have little to talk about. You, however, don’t care. As long as you’re with them, that’s what is important.

Being Blinded By Love Can Result In Toxic Relationships

While this feeling takes over, it consumes everything that you are. You live and breathe for the moment. There’s nothing that can compare to the feeling of his arms around you. However wonderful it may feel, it’s not always a good thing.

1. Not having a genuine connection is not good

When you feel blinded, it can be easy to mistake that feeling for true love. While you might love your partner, they could be with you for other reasons. If they are focused on only the physical or financial aspects of your relationship, there’s a good chance that you don’t have a genuine connection. It’s sad, but you can love someone and them not feel the same way about you.

It’s easy to blow off things that should be talked about when you still see the world through those beautiful, blinding glasses. That’s not going to turn out good in the long run, though. In a healthy relationship with a healthy partner, you should be able to voice your concerns.

Having discussions about things that bother you is a part of nurturing the relationship, and making sure that the two of you have a future together.

3. Set boundaries, and stick to them

One of the ways that I deal with this is to set boundaries and stick to them. If someone crosses a line, we’re no longer dating. This is how I avoid being blinded to the point that I will stay in an abusive or toxic relationship.

No matter how intoxicated I am, I know that I have to walk away from certain situations. There’s nothing wrong with being blinded and enjoying the moment as long as it’s not an unhealthy relationship.

What does it mean to be blinded by love?

Being blinded by the intoxication of love means that you are unable to see your partner’s flaws. You don’t find fault in anything that they do. Often, you’ll find yourself making excuses for their behavior instead of holding them accountable for things that they do. Family and friends usually see their problematic behavior when you don’t.

How do you know if you are blinded by love?

When you are blinded, you’ll make excuses for them. Your personality often slips away and you lose interest in anything except for them. You may put more distance between yourself and friends or family. Most people that are blinded will turn a blind eye to anything their partner does. There are no confrontations.

Does love make us blind?

Yes! According to studies, those that fall in love, and are blinded by their love, tend to simply prefer the positive to the negative. We tend to idealize the person in our minds, and then do what we can to hold onto that idea of them. The longer you’re in love with the person, the longer it will last.

Why is being in love so painful?

What is true love all about?

True love is when you feel an unwavering amount of love, affection and support for your partner. It is patient and kind. Often, true love tends to bring out the best possible parts of yourself. You’ll find yourself being nicer, kinder and more honest. It has an impact on a person that makes it unforgettable.

Being blinded by the intense feeling of love is intoxicating. It feels like heaven. However, it can often lead to people ignoring red flags and staying in abusive relationships due to them being blind. What advice would you give to someone that has been blinded by true love?