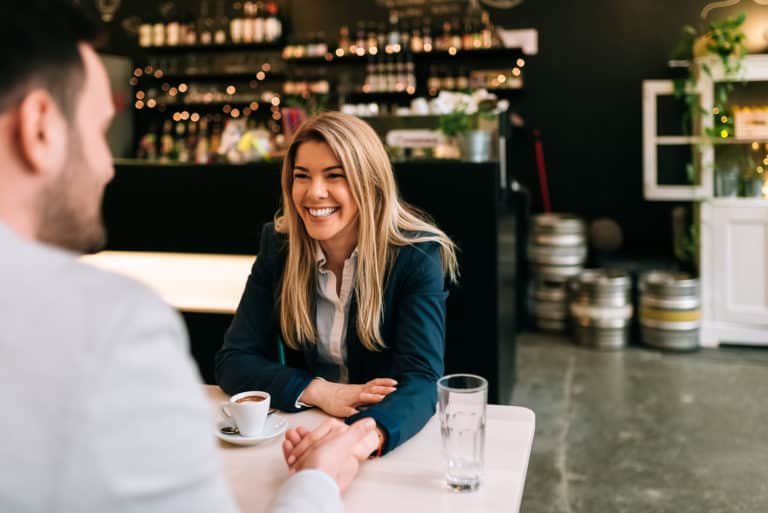 Your attraction to a person is unpredictable. In most cases, we really don't know what exactly got us attracted to a person that we can't stop thinking of them. Interestingly, the person's voice could be one of the reasons you can't get over them. You keep remembering how they sounded on the phone and the pitch of their voice.

Voice attractiveness creates some kind of impression when you meet someone for the first time. In fact, in one research, people were asked to listen and rate the voices of people they have never seen.

This research revealed that sexually active people were more likely to get attracted to strangers' voices. This was mostly due to their sexual desires, mating behaviors, level of connection, and love languages. However, there are many more reasons why someone is attracted to certain voices Here are nine of them.

1. You feel some kind of connection

Believe it or not, your voice can connect you to someone in several ways. You can hear a person talk for the first time and like them immediately; this could be due to their accents, the level of calmness, or the softness in their voice. It can also be due to the masculinity of the way they talk.

Research shows that you don't need to see a person before attraction arises. Talking with them on a phone alone can leave a lasting impression. However, this doesn't mean you are in love with them.

2. You can know if they are attracted to you from their voice

Many women feel more attracted to guys that lower their pitch when talking. This is because studies show that women consider guys with a lower pitch (or deeper voice) more appealing. It could be that when a man talks to a woman in a low pitch, it accentuates his masculinity.

On the contrary, guys are more likely to be aroused when a woman talks calmly and softly. A man will pay close attention to her body language  (and other qualities), to get a sign if she is attracted to him too.

Maybe the reason you are attracted to your partner's voice is that you both sound the same. This happens in time due to constantly talking to each other. You and your partner can start talking similarly or even use the same words and slang because of how much time you've spent together.

I know many couples the same slang all the time, and it's sometimes creepy. I'm sure it started from just one person, but because of love and familiarity, they got used to the phrase. So one reason you are attracted to the way someone talks is because of the phonetic convergence that has occurred with both of you in time.

4. Their voice is the sound of good-looking

Believe it or not, a certain voice tone can make a person look more attractive than they really are.  There is a general myth that guys that look good have deep voices. When you hear a deep, confident, and sexy voice, it gives you a clue that the person's body is also attractive.

You can also tell if they are smart, beautiful, or wretched street person. You might also be able to figure out if they are married and pretending to get you.

No doubt, the voice of a person says a lot about them—mostly the tone in which they speak. When a person speaks calmly and gently, you may later find out he or she is an introvert or a really gentle soul. On the flip side, someone that shouts when they speak often ends up being the real life of the party. Voices can reveal vibe and chemistry.

5. Sexy voice is most times linked with sexual performance

A person's voice can tell a bit about their fitness level and sexual performance. There is a correlation between the way men talk and their strength. This is because testosterone production influences a man's voice and can also give him more muscle. This particular point is why some guys use voice manipulation or change the pitch of their voice to impress the girl.

This stereotype isn't just for men alone. Many women also change their voices to impress guys. They pretend to have a calm voice whenever they meet a guy for the first time. And in most cases, the changes in their voices are so much to turn the guy on.

Certainly, there is something really fascinating about voices. Think of that deep or soft voice in your ears during make-out or sex; it's a crazy drive.

It's probably not just about the way a person talks but also the things they say. Maybe the reason you find a man's or woman's voice attractive is that you can also detect their emotional, social, and mental status from their words. Believe it or not, many people fall in love with a person just based on the words they say.

7. The tone of the voice

Who wouldn't find a deep sultry voice attractive? Who wouldn't feel that tiny tingle of lust hearing such a voice? Voices are a powerful aspect of attraction, and they can drive one's imagination wild. A gorgeous mellifluous voice can attract anyone.

There was a time I met a guy on Facebook, and we started chatting on the phone. I was honestly catching feelings already until I finally saw him in person and everything just died. There was no form of attraction after that.

Your differences may become obvious after your phone call. You might see some qualities you don't like in the person, and you can know this from just examining the voices of people.

There is this assurance you get from someone’s voice, which subconsciously signals that you are both sexually compatible. You can sense a person's personality from speaking to them, and the boldness they communicate with.

Your words say a lot, you know that moment when honest desire meets with a deep sexy voice, and you are just sure you want to spend your life with this person. That's exactly what can happen to you when you hear the right person talk. So, the human voice is very powerful, and it can do more to our psychology than we notice.

When you are constantly glued to your phone talking to a particular person, intimacy is built. When couples or partners do not just text all day but engage in phone calls, it brings about intimacy. You can know your chemistry with someone by just speaking to them, whether face to face or on the phone.

Can you be attracted to someone's voice?

Yes, you definitely can. It could be the person's accent or the tone of the voice which can be deep, low, or manly. The person could be a great singer with a high or sexy pitch, and this can get you so attracted to them.

Is it weird to find someone's voice attractive?

Can you tell how attractive someone is by their voice?

Yes, you can. Research has shown many times that even without seeing a person, you can get attracted to them from just a phone call or distant conversations. Voice attractiveness can be fascinating because the person's voice keeps playing on your head constantly, even after a conversation.

Do guys get turned on by a woman's voice?

A woman's voice has these distinctive characteristics that make it very obvious and attractive to men. So yes, men get turned on from just talking to a woman.

What makes a woman's voice attractive?

Women's voices are attractive due to the pitch, softness, and calmness. This can also be due to the changes a woman makes during different conversations and her ability to be calm or soft when she needs to.

I hope you found this article helpful. Attraction isn't just from our voices, but it also plays a great role in connecting us to the opposite sex. This results in us finding the love of our life most times. Let me know what you think, and please don't forget to share this article with others.

You May Also Like
Why Can't I Love Someone Who Loves Me? (13 Notable Reasons)
No Comments
Falling In Love With A Stranger? (This Is What You Should Do)
5 Comments
31 Best Qualities In A Man You Should Look For
1 Comment