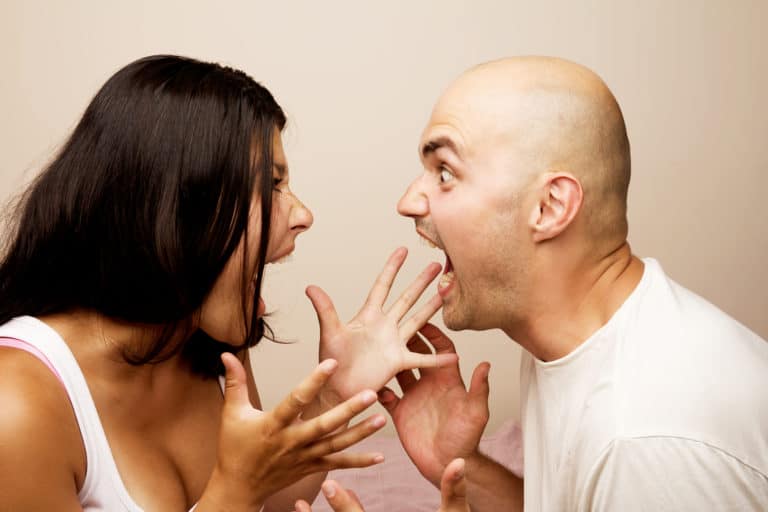 I want you to try and imagine the loud, carefree, inquisitive wandering soul that is an Aquarius man. Now visualize stoic, responsible, contemplative, prim, and proper Capricorn women. So, are Capricorn and Aquarius compatible? Well, it certainly won’t be plain sailing.

Before I talk about the compatibility of Aquarius man with Capricorn woman, let’s just remind ourselves of the characteristics of their star signs.

For Air signs, everything happens in their head. It is all about communication and thinking. Aquarians are eccentrics who march to the beat of their own drum.

They are super-confident and lead the way. These characters are not afraid of going against tradition or rebelling against the establishment.

Their ruling planet Uranus represents sudden and dramatic change. It influences innovation, out of the box, and expansive thinking. Uranus looks forward to the future and doesn’t follow conventional norms.

The Water Bearer signifies the giving of wisdom and knowledge. Water is a precious life-giving commodity, but it also represents our emotions.

The Water Bearer represents an ability to control its own emotions in order to help others reach a higher spiritual level.

Fixed signs can be slow to get started but once they do they are considered to be the workers of the Zodiac. These are known to persevere with a task or commitment. They get the job done.

To say Capricorns are down-to-earth would be a gross understatement. Capricorns have an inbuilt sense of duty and responsibility. These odd creatures are born old and grow younger through each passing decade.

You won’t find Capricorns whizzing about drawing attention to themselves. They’ll be in a corner, quietly comparing the interest rates on savings accounts.

Saturn is often depicted as Old Father Time and represents commitment and obligation to one’s duty. Saturn is heavily influenced by past events and is stern, but understanding.

But don’t think for one moment that Capricorns are boring. You only have to look at their symbol to understand why.

The goat is a tenacious creature who can climb the trickiest mountain and reach impossible heights. However, when drawn, Capricorn’s symbol is depicted as a mythical creature – the sea-goat; a goat’s body with a fish’s tail.

Although Capricorn is an Earth sign, the fish’s tail represents Capricorn’s emotions and sensitive side. The goat indicates ambition and success.

Cardinal signs are the instigators of the Zodiac. These are the dynamic action-orientated signs that get things started. They don’t tend to procrastinate but do find it difficult to finish a project.

So now that we know a little more about Aquarius man and Capricorn woman, it does appear as if they have more differences than commonalities.

But can they put these differences aside in a love relationship and compromise? Of course, they can, I mean, anything is possible. But let’s look at a typical example where an Aquarius man and Capricorn woman will find it difficult to understand one another.

The following is an actual conversation between Aquarius and Capricorn.

Capricorn woman: "It’s getting late now, do you want me to look up the times for your return train journey?"

Aquarius man: "No, it's fine, if you could just drop me off at the station, I’ll just wait until one comes along."

Capricorn woman: "But don’t forget it’s a Sunday so there’ll be a reduced service. I really should just check for you, you don’t want to be stranded, it’s no bother."

Aquarius man: "Honestly, I’m sure I’ll be fine, besides, I bought this book on quantum physics with me. I can get stuck into that if I have to wait."

Can you see both sides of the debate? As a Capricorn myself, I don’t understand why someone wouldn’t just check the timetable to make sure there is a train.

You see, it saves time and money when you have a plan. And Capricorns are all about saving. You might think this way of living is boring but for Cappy’s it’s a bit like relaxing after you’ve done all the housework.

On the other hand, Aquarians take life as it comes and embraces all the adventures this brings with it. They are spontaneous and open to change and challenges.

Now, do you see how different Aquarius man and Capricorn woman are?

Aquarius man Capricorn woman compatibility in a relationship will depend on whether Aquarius gets bored of Capricorn’s settled nature. It will also hinge on how tolerant Capricorn is of her flighty Aquarius man.

I’d like to examine areas where Aquarius man Capricorn woman are compatible.

If there’s one thing that scores highly when it comes to Capricorn compatibility with Aquarius it has to be trusted, albeit for different reasons.

For Capricorn, security is everything, so trusting their partner is all-important. With Aquarius, she can finally relax. He may not be the most committed partner in a relationship she’s ever known but you can’t match his honesty.

On the other hand, Aquarians will appreciate the level of freedom Capricorn’s trust allows him to enjoy. To him, a lack of trust is restrictive. Trust is also important in a love relationship when the genders are reversed, for example, Capricorn man Aquarius woman.

Capricorns are born old souls and are wise beyond their years. Then they meet Aquarius and if they can let their natural guard down they realize there is something to be learned from these flighty creatures.

Aquarians are born with one foot in the future, thanks to Uranus. But if they remember that saturnine wisdom is based on lessons of the past they too could benefit from Capricorn’s insight.

Neither of these star signs is interested in a casual relationship with other people. They both like to take matters of the heart slowly and earn each other's mutual respect.

Aquarians are pretty detached emotionally and find the steady pace of Capricorn refreshing and without constriction. Capricorn likes the fact that she can take her time and not rush into a situation she may later regret.

5 Areas Where Aquarius Man And Capricorn Woman Will Clash

It is unlikely that these two-star signs will meet under normal or natural circumstances and I’ll tell you why. Capricorns are traditional creatures who care about the opinions of others.

Aquarians couldn’t give care one flying jot what other people think about them. In fact, Aquarians love to shock and surprise and buck convention and tradition.

So it is highly likely that Capricorn women will shy away from Aquarius men. This is true when the star signs are reversed, for instance - Aquarius woman Capricorn man.

I’ve mentioned before that for Aquarius everything happens in his head. This is in stark contrast to Capricorn where practicality rules. Capricorn is the down-to-earth plodder, keeping everyone on the straight and narrow.

Aquarius is the mad genius, the eccentric, playing dress-up, and blazing through life at top speed twanging a banjo and banging out nonsense tunes.

One of the biggest differences between Aquarius man and Capricorn woman is the way they approach life. Aquarius men are like bees, buzzing around flitting from one idea to the next. They go off on tangents and leave everyone else spinning in their wake.

Capricorns are the epitome of keeping it real and grounded. They look to the long term, rather than the fantastical. This doesn't mean they don’t have ambitions or dreams like Aquarians, they just dream from a solid foundation.

Here you have the planner versus the impulsive ‘let’s just see what happens’. Capricorns are meticulous, organized, reliable, and level-headed. Aquarians are adventurous, impulsive, free-spirited, and crave freedom.

This clash of personality traits is likely to be a major cause of conflict within a relationship. Aquarius men will stress their Capricorn female partners with their flighty nature. By contrast, Capricorn women will clip the wings of their Aquarius men.

When it comes to people, Capricorns cannot help but be a little judgmental. As I belong to this sign I want to find some excuse but all I can say is that we always think we are right and we set high standards for ourselves and others.

As for the Aquarius male, they do not have a judgmental bone in their body. Cappy’s snooty nature towards other people will irritate and eventually alienate them.

Why are Capricorns attracted to Aquarius?

Capricorns are bound by tradition, duty, and rules. They see Aquarians living without restrictions, being spontaneous and they long to join in. They envy Aquarian’s unconventional style and the way they don’t care what others think. They are also consecutive signs on the Zodiac which means they make friends easily and after friendship comes to love.

Can Aquarius and Capricorn be together?

They can be together but it would be better if these two met when they are older. Capricorns grow younger as they get older and Aquarians tend to settle down more. So these two can fall in love and build a great relationship by meeting in the middle in later life.

Can an Aquarius man, date a Capricorn woman?

Aquarians and Capricorns are likely to start off as friends rather than dates. He will be attracted to her independent and slightly aloof nature and she will be drawn to his compassionate and extroverted side. So long as they can both compromise in the relationship their love can blossom.

What does Capricorn man like about an Aquarius woman?

He is attracted to both her ambition and compassionate nature. Aquarians automatically stand out because of their eccentricity and he’ll notice this and admire it. Capricorns also love the fact that Aquarians have a range of opinions and views as they love to learn from others.

Who should a Capricorn marry?

Ideally another earth sign such as Taurus or Virgo, but Capricorns make good matches with water signs too. Scorpio, Pisces, and Cancer make good partners for Capricorns. Basically any sign that can provide stability, security, and upholds traditional values.

I do hope you enjoyed my article. Please feel free to share it.