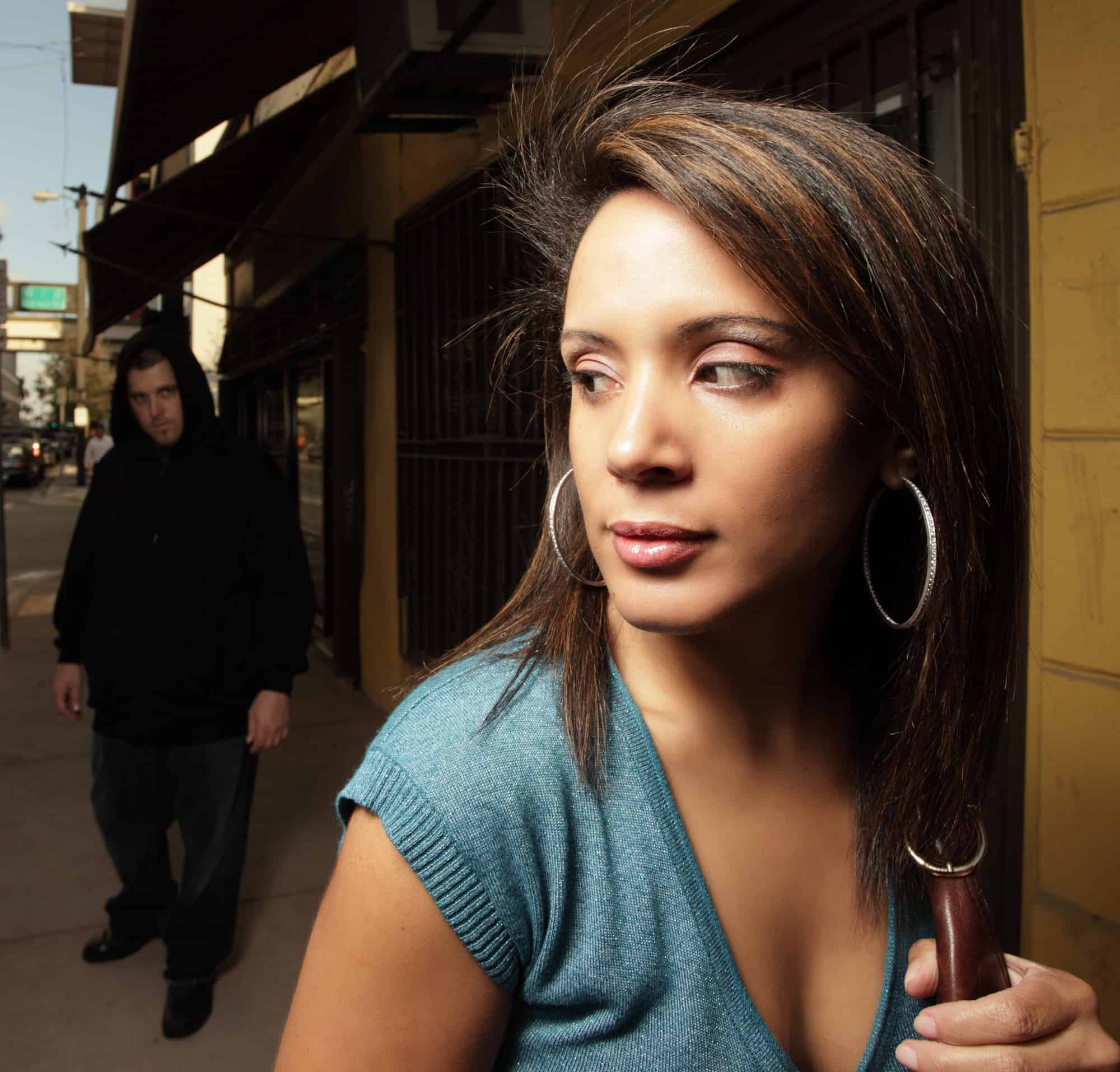 Years ago, I dated a stalker. Looking back, the behavioral patterns of future stalking were all there when we were dating. I thought some of them were insecurity, which he was working on. The others were mistaken for passionate love. Love makes us all do crazy things, or so the much younger version of myself thought.

It wasn’t until after we broke up I realized that I should have left my stalker so much sooner. When he sent me pictures of myself sitting in my living room as he watched me through the blinds, it sent chills down my spine. He used our child to get to me. Social media accounts were always a favorite thing for him to stalk.

Is My Boyfriend A Stalker?

There are certain warning behaviors that you can watch out for when you’re in a relationship to determine if your man is a stalker. Keep in mind that stalking tends to be different than what most of us assume it is. It goes beyond checking someone’s Facebook to see if they’re happier with their new girlfriend because you miss them.

Stalking consists of a behavioral pattern that will implement fear and anxiety into the stalking victim. These five things indicate that your lover might be a stalker.

There is no magic formula that can indicate whether a person is going to be a stalker or not. However, there are certain things that can help you pinpoint whether you might wind up dealing with one. Stalkers don’t take rejection well.

In fact, rejection is one of the things that can propel a stalker into action. It motivates them to start stalking, such as driving by your house to make you uncomfortable. They’ll spend hours harassing you or your family to make you all feel vulnerable. It’s a way to get back at you for rejection.

If they can’t take minor rejection in a relationship, don’t expect them to handle it better after a breakup.

Once the relationship is done, you’ll hear about a problem they have and need your help with. They’ll claim you don’t care, never loved them, or try to guilt-trip you. Anything they can to get attention or make you contact them. Even worse, they will more than likely play the victim. Expect some tears while they claim that this is all your fault. (It’s not, by the way.)

When you’re together, you’ll see similar behavior. Guilt-tripping when they don’t get their way. They can’t take no for an answer. The behavior never really changes, either. Once you point it out, they just switch tactics. The same will happen when they are stalking you, too.

This is a red flag of abuse in a partner, too. Once you cut ties, the controlling behaviors don't seem to stop. Instead, it can actually escalate. Even though you’re not together, they’ll try to claim that you’re still theirs or threaten to kill themselves. Stalking will begin as soon as they feel rejected, out of control, or as though they don’t have a say so in your life.

As a partner, they’ll have one reason or another to watch everything you do. They keep an eye on your social media profiles because they’re insecure. A stalker boyfriend might even track your internet activity. Phone calls while you’re out with friends to come so often it’s harassment. In this situation, the person stalking you can make it seem like they are concerned about your safety.

4. Narcissist traits are common among stalkers

Most people that are stalkers exhibit at least a few narcissistic traits that you will see before, during, and after they are your partner. Examples of traits commonly seen in NPD include:

Either these men are always better than you, or there is a reason that they aren’t. You were able to get that promotion because they had to suffer by being at home alone. They don’t have a lot if any, long-term friends. Close relationships are always troubled. However, they claim that they are the victim in all of those situations.

When a person truly has NPD, they can become dangerous to their stalking victims. If you ignore them, they are more likely to up their game to get a reaction. Some will get bored eventually and move on. Others will continue to do more and more until you are in danger. Make sure to stay in contact with local law enforcement if you’re dealing with a stalker, particularly stalkers with NPD.

5. Harassment is the most common stalking behavior

This can include a variety of behaviors once you tell them it’s over. Driving by or sitting outside your home is common. Calling your family is another one. They will try to stay connected to your family to keep tabs on you.

In a relationship, watch for warning signs of this by looking at how they handle things. If you don’t return their phone call, do they show up at your friend’s house? Check their internet history to determine if they harass their ex. If they do it to her, they’ll do it to you.

Why do narcissists stalk their ex?

Once a narcissist is rejected, they may experience extreme rage, often called narcissistic rage. The point of stalking is to bully or intimidate you because you discarded them. They want their victims to feel vulnerable. Another reason is that they don’t want them to fall in love with someone else.

What does it mean to stalk a boy?

Repeated surveillance of someone. Watching their every move. Following them on social media, driving by their house or work, knowing every person that they talk to. Obsession often leads to stalking someone.

What type of stalker is the most dangerous?

When you’re being stalked by someone that used to be a partner. They know every detail of their victim’s schedule. They already know how to push their buttons, who they talk to, and how they spend their day. These stalkers already have all the ammunition that they need.

Yes. They can feel emotional pain, and they can cry. However, a true narcissist will despise feeling that vulnerable. Because of this, they’ll often hide their pain and quickly suck up their tears in favor of lashing out in anger towards other people. The only exception is when crying benefits them.

Do narcissists have friends?

They do not have close, long-term friends. People they have known for years are usually just casual acquaintances. Some might appear to have a large social circle, but that does not mean that they are genuinely close with anyone. Others might claim that they are simply loners, and have no friends because of that.

Victims of crime often report the crime to the police. This is also what you should do that if you are being stalked. This is not something to take lightly. Have you ever been stalked by someone? What happened?

A generic approach with advice you read online can sometimes even make things even worse!

That is why I highly recommend reaching out to us and contacting one of our licensed relationship consultants that gives you specialized advice for your relationship.

In fact, a few weeks ago one of our readers (who wants to stay anonymous) reached out to them when they was going through an extremely difficult patch in my relationship.

She had hit rock bottom, and the worst is that she felt her friends didn't even understand her situation.

After speaking to Lucy (one of our relationship consultants) and telling her of her desperate situation, Lucy was able to give her some concrete steps to follow over the following days.

Once she started implementing the advice, she started noticing improvements in her relationship almost immediately.

Our reader mentioned that not only was Lucy super helpful and empathetic, she eventually helped her solve some of the issues had been plaguing her relationship for years.

She now feels happy and confident again in your relationship like she did when she first started dating!

Click here to experience the same by fixing your relationship too!