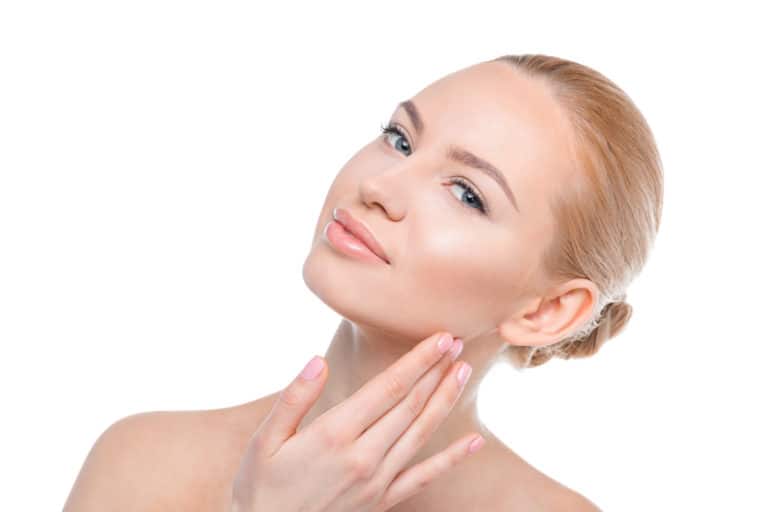 Do You Have Pretty Girl Problems? (9 Annoying Issues)

So many of us want to be pretty, but it doesn’t always make life easier being the beautiful person in the room. Here, we investigate some common problems that a pretty woman has as well as suggesting a few ways to come to terms with those issues. We put forward some proactive ways that you can cope with problems that arise from being pretty.

Here are some of the most common problems that beauty can bring women.

1. People think you are arrogant

When you are pretty, people assume that you are naturally gregarious and a sociable person. This isn’t necessarily always the case, but because of your beauty, it is assumed that you are arrogant if you are actually shy or quiet. One good way to address this problem if you are finding that people are feeling like this towards you is to smile at people when you meet them as well as try to ask them questions about themselves. Often this will get them to start talking about their lives, so you can just listen as much as you like while looking like you are engaging them in conversation.

2. You can be lonely

Being beautiful is lonely sometimes as not many men or women approach you simply to be friends. It is assumed that you have lots of friends already and so you are not approached by others to start an acquaintance. Additionally, it is often that case that others are intimidated by your beauty and scared off by your looks. If you believe this to be the case with you and you would like more friends, you may have to step outside your comfort zone and start-up conversation when out meeting others at social engagements.

3. People can be bitchy

For some reason, often to do with a person’s own innate insecurities, it is common for women who are pretty to be the subject of bitchy comments. It is all too frequent for others to cast judgment on pretty women even without getting to know them properly. Being beautiful can, therefore, be quite hurtful at times with others always looking at your actions, your outfits, or your looks and saying something mean in an effort to cut you down. Again, the assumption here is that you are arrogant and therefore have the strength to shrug off such comments. The reality is that no one would want to be spoken about in such ways.

4. It can be hard to make friends

Due to the assumptions that others often make about beautiful women, one of the most difficult things to deal with as a pretty person, is the fact that it can be hard to make friends. Some may approach you for friendship for shallow reasons - they just want to be associated with someone who is beautiful. While others may not want to talk to you, presuming that you have enough friends already. This can be a difficult issue to overcome, but one method to get over it would be, to be honest with others about your own insecurities as well as learning as quickly as possible who is genuine and who is not.

5. You can get a lot of negative attention

While beautiful women don’t often get approached for friendship by others easily, they do get guys approaching them a lot - and sometimes not always when wanted. Guys will try it on with beautiful women simply because they want a good looking person as a notch on their bedpost. This can be very negative attention and tiring too at times. If you find that you are the subject of much attention, you need to come up with a tactful, yet clear and firm manner to get guys to desist in their advances towards you.

When it comes to girls and beauty, the beautiful females of this world are often wrongly assumed to be the stupid bimbo. Why this stereotype has come about is unclear, but it is often thought that a woman cannot be beautiful and clever at the same time. This is obviously not at all true as intelligence and looks are not linked at all. This can be hard to deal with when faced with such a misconception - particularly if you are a clever woman. One of the many ways to dispel this stereotype however is to have patience and let your smarts shine through.

7. Men can be just after sex

One of the biggest problems that many pretty women have to deal with constantly is the fact that men can sometimes only want to be with you for sex only. This can be very difficult to cope with as pretty women want deep romantic connections with another guy as much as any other woman. However, men can continuously approach a pretty woman only with shallow wants in mind which can be tiring and hurtful to cope with. If this has happened to you many times, you need to try to ascertain what guys seem to be genuine and what guys just want sex. Often, the ones that just want sex won’t be interested in you or what you have to say.

8. People think you have it easy

As beauty is a trait that so many of us think we want, it can is often assumed that when you are pretty, your life is easier as a result. This is not always the case and it is just as common for beautiful men and women to have problems - either stemming from their looks or simply stemming from real-life experiences. This can be difficult for beautiful people to contend with as it means that many are not sympathetic to problems going on in your life. They will simply believe that you have never had to deal with issues before because of your beauty.

9. People make assumptions about you

Without a doubt, one of the biggest problems that pretty girls have to contend with day after day is huge assumptions that are made about you. As others don’t often approach you to get to know you better because of your looks, the result is that they misinterpret your actions or simply assume you will behave in one way or another. They don’t get to know the true you or what you are like when they get to know you better. These assumptions can be hurtful not to mention widely different from what you are actually like.

How do you know if you're a pretty girl?

It can be hard to know if you are a pretty woman or not as people tend not to think the best of themselves. However, if people look at you when you are walking down a street, or people approach you a lot when you are out with no reason other than to talk to you, you are likely a pretty female.

What is a pretty girl?

A pretty girl is hard to define as a beautiful woman is different to different people. However, women who garner a lot of attention from people and always look great are often pretty women. Pretty girls tend to be beautiful with or without makeup on.

What are some of the drawbacks of being beautiful?

While beauty is seen as an aspirational quality by much of society, there are actually many drawbacks to being pretty which we mention above. Mainly, there are many assumptions made about you and you can draw a lot of negative attention too which can make you lonely.

What defines beauty in a woman?

The definition of beauty in a woman is different from culture to culture, from person to person. Additionally, people often become more beautiful to others the better they get to know them and their true nature comes out. It’s why partners think their lover is the most beautiful thing in the world.

How can I tell if I'm pretty?

Telling if you are pretty can be tricky to do as we tend to be more modest about our looks than we need to be. However, if you do not need much makeup to look good or if you often get asked out by people who have only just met you, the likelihood is that you are pretty.

Problems With Being Pretty - The Bottom Line

If you are an attractive female, so many may see you and wish they had your pretty face. However, you may have learned the hard way that having beauty is not all that it is cracked up to be.

Many would think that being attractive means you get where you want to in life a lot more easily than otherwise when in reality the truth is starkly different. It can be hard to make friends and men will often try to bed you simply for the physical side of things, never taking your emotions into consideration. Plus many will think you are far more confident than you are, and if you are not they can misinterpret this for being arrogant.

If you sometimes find life difficult for these issues, remember to be kind to yourself and allow yourself the freedom to have good days and bad. Think of ways that can proactively help you work through these issues whilst also learning to cope with misconceptions about you. Remember that those that believe you to be a stereotype or assume you are one thing simply because of your attractive face, aren’t worth knowing in the first place.

2 comments on “Do You Have Pretty Girl Problems? (9 Annoying Issues)”

You May Also Like
Why Am I Attracted To Older Men? (17 Compelling Reasons)
No Comments
How To Ignore Someone You Love (7 Ways)
No Comments
31 Qualities Of A Good Man (To Marry?)
1 Comment