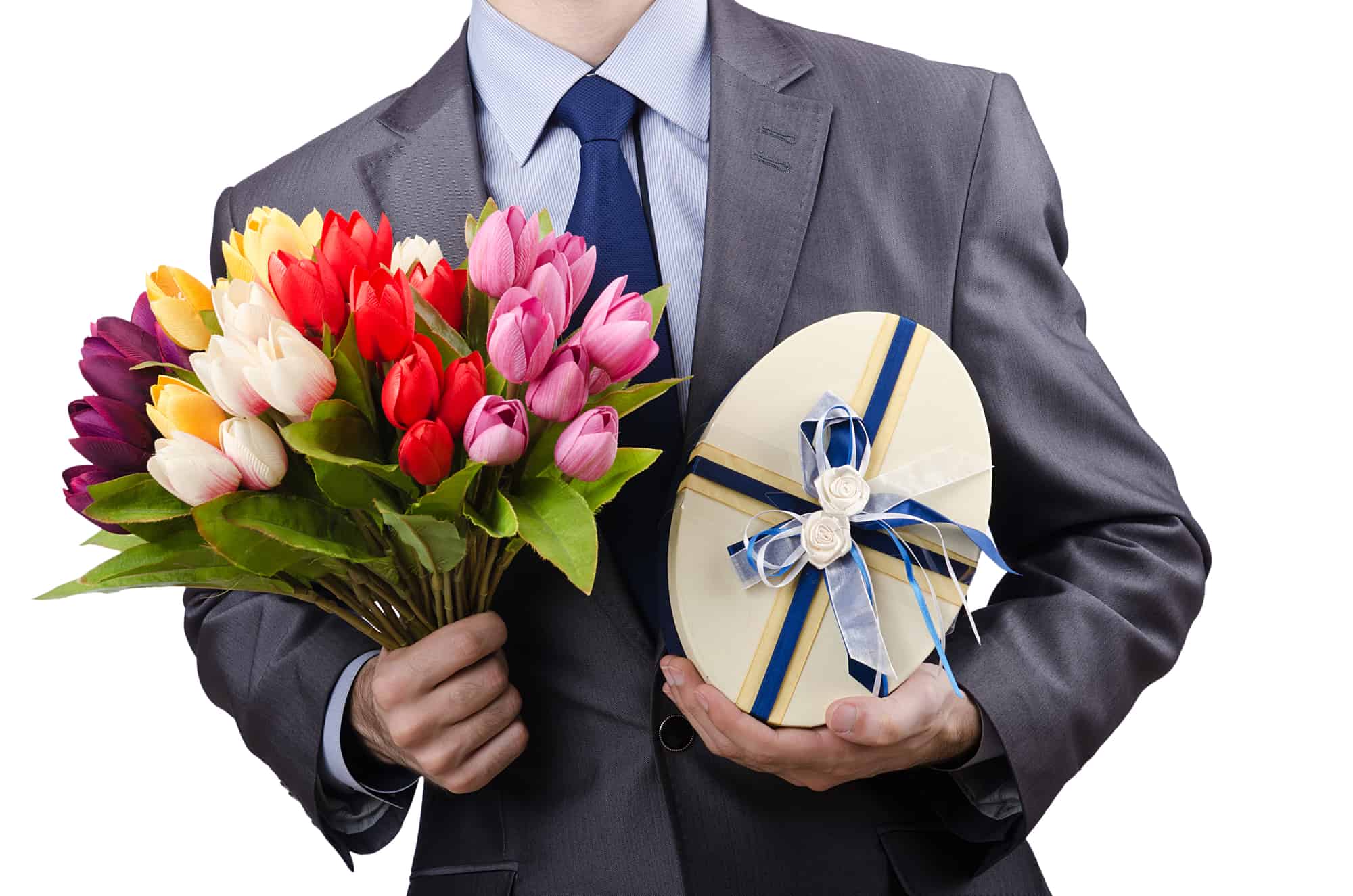 Meaning Behind Gifts From Men (11 Common Gifts & Their Meanings)

Although the love languages are different, gift-giving is as static as sunlight on specific days of the year. Boys, husbands, wives, and girlfriends also like to express themselves with gifts. Not only does it show how they feel about you but also in some cases, depending on the value of the gift, the availability of wealth and power. Gift giving is not as simple as it looks.

It takes time and research to be able to get someone the perfect gift, therefore, we would expect them to put in that work when getting us gifts. Gifts also have meanings behind them. For example, if I gift someone, I am dating a set of body products, it could mean I want you to smell better.

Or, if I gift the same person I am dating a set of toothbrushes, it could mean I am encouraging my friend to change her toothbrush more frequently.

Whether it’s a chain or a book or bundles of hair, every gift from your man has a meaning. It is much easier to understand that thought provoked his selection of the gift.

That being said, we’ve gifts and the meaning behind those gifts.

11 Common Gifts From Men & Their Meanings

Flowers are a lady’s best friend. There is no reason a man would go wrong with giving gifts like flowers to a partner or to someone he is dating. It is no wonder we see people receive dozens on their special day and it warms their hearts. The plants awaken a part of the brain that makes you feel affection towards the sender.

Jewelry can be an expensive gift item for a new relationship. In some cases, it might not be expensive but the thought and intention are what really matters. If a man gifts you a piece of jewelry (a necklace, earrings, rings), the reason behind the gift could be he cares deeply about you and the relationship. Gift giving is a sign of affection and is a very special gesture.

It is one way they express how they feel towards you. Jewelry could also show his love and commitment to you as a couple. Because it is a thoughtful gift, someone who is not invested in the relationship would not think to get you something. It shows they are committed.

This is not to refute that there are some guys out there who would deceive, brandishing jewelry to make them believe that they are genuine when they are not. However, if a good guy gets you a gift, not only is he expressing romantic interest in you, but he also is saying he appreciates you and the relationship.

Now ladies; we all know that this is not his department so if a man you are in a relationship with gifts you the perfect make-up, then there’s something to be suspicious about. The reason is, men do not know much about things like makeup, hair stuff, lingerie, and the rest and therefore would not be their go-to gifts.

If a man gifts you makeup and gets it right then it’s one of two things; it’s either he has a female best friend dishing out advice to him or he bought it for another girl from a past relationship and she really liked it. This is a subtle red flag. However, in order not to quickly jump to conclusions, it is best to ask questions. It could be his sister who is dishing out advice.

People often say experiences are much better than physical things. They leave you with memories that nobody can take away from you. In recent times, people are buying into the idea of experience gifts, from a ticket to a concert, or a trip to your favorite place in the world, they are all worthwhile gifts that should be cherished.

I, for one, would always pick and be a recipient of experience gifts over physical ones because I can always get myself what I need. Men in relationships prefer giving gifts they know would be appreciated.

You might have mentioned your favorite band was coming into town and so he bought the ticket way ahead of time. This shows that he intends to still be with you and probably attend the show with you when it’s on.

It shows that your boyfriend is committed to the relationship and genuinely has feelings for you. He listened to you talk about the band and paid attention to what it would mean for you to attend.

5. Tickets to his favorite team game

If you have no interest in football or sports generally and he gifts you a ticket to his favorite teams’ game then that is a glaring red flag. Some men exhibit alpha male tendencies and tend to think of themselves first even in the light of thinking of you.

Relationships are about paying attention to what your partner likes or doesn’t like. Gifting your boyfriend, a ticket to his favorite teams’ game is amazing but not the other way round especially if it does not mean anything to her.

If you are dating a guy and he gets you this as a present, it clearly shows that he enjoys spending time and enjoying holidays with you. He enjoys doing things with you, and most importantly, things he knows will make you feel cherished.

Relationships can get the back seat sometimes when life issues are going on. It is only normal for you to want to spend time with him and what better and more intimate methods to spend time with him other than a cozy, candle-lit, relaxing massage. Men may not necessarily be big on massages and spa dates so if he makes this decision solely, it’s a good sign. He prioritizes your welfare.

Clothing is quite a popular gift choice for everyone. Girls in relationships like to receive a new set of clothing, especially when it is trendy and of notable design. When a man you’re in a relationship with gifts you new clothing—be it shoes, bags, a sexy dress, or even a chic scarf— he’s telling you indirectly that he admires you.

He’s saying to you that you are always on his mind when he walks past or into any clothing store. If he’s feeling very romantic, he could throw in a beautiful dinner date after you try on the black expensive dress.

A while back, an interesting post was trending on social media. A guy made an emerald stoned ring for his wife out of a pop glass bottle. He broke it, and sculpted it into a diamond shape, polished it, and attached it to a ring that he also made for the occasion!

Now, I know what some of you might be thinking: “What if that’s what he does for a living?” Maybe. But what if not? And even if the former is the case, so what?

Gift-giving can be burdensome. So, If a man takes a lot of time from his day(s) to make you something beautiful and special that you’d like, he’s a keeper. And I’m not just talking about rings, no. It was actually a romantic gesture that trended on social media for a while.

Couples were making all sorts of things for their partners—from photo albums to playlists of songs they’ve listened to together since they met, to building work desks, to digital pictures. It could be anything!

This gift-giving is a bit tricky. At first, it may seem very nice, attentive, and domestic but if that’s all he ever gifts you, then there is a serious problem. Yes, I’ll tell you why. Laziness. That’s right, they’re too lazy or couldn’t care less to go the extra mile to think of something very special or one that cost some money especially if these items are basic and cheap. Ouch! You deserve better.

Who doesn’t like to receive a few stacks of coins every now and then? Money buys all the things mentioned in this article and more. To plant a sense of security in the minds of their partners. If your boyfriend sends you some money whether you ask for it or not, he wants you to know he’s there for you and your needs.

However, I’d say that this particular type of gift-giving has different connotations depending on the individuality of each lady. Some of you would prefer to just be given cash gifts so that you’d purchase anything you want. You don’t care for specific things nor gestures. In fact, you think “Why these expensive platforms?” You’d have spent the money more wisely.

On the other hand, there’s you that would prefer he went out of his way to spend that money on something special for you. Actually, you’d get pretty uncomfortable and even offended if all he ever gives is money. Always money.

This type of gift giving speaks of intimacy. Your husband would probably want to spice things up a bit in the marriage by getting you this gift. It means that he totally finds you attractive and would want to share intimate moments with you.

What does it mean when a man buys you gifts?

A gift from a man could mean different things. It could mean the man thought of you and wanted to make you happy. It could also mean that he cares about you, however, it could also be that he is enticing you.

Is it wrong to accept gifts from guys?

If the guy is your friend then there is nothing wrong with receiving gifts from him. Some guys give gifts sometimes with all the wrong intentions; therefore before accepting gifts from people, be sure you understand the intent behind the gift.

What do gifts symbolize?

Gifts symbolize affection. It is a method of expressing genuine feelings towards your partner in words that cannot be explained.

What does it mean when a guy buys you jewelry?

If a guy buys you jewelry then that is a sign that he has feelings towards you. Jewelry is well thought out gifts that regardless of price are well valued.

It can be difficult to know for sure when a man likes you. Emotions are hidden due to societal standards, however, if a guy likes you, he will listen to everything you and mentally take notes. His actions will clearly send a message on whether he loves you or not.

Different gifts can mean different things to different people. If you were given that one gift and you wonder what it could mean, hope the list above will give you insight.

I hope you found this article insightful. I would love to hear what you think in the comment section and remember to share the article if you liked it.

You May Also Like
Do You Have Pretty Girl Problems? (9 Annoying Issues)
2 Comments
Will I Be Single Forever? (27 Signs You May or May Not)
2 Comments
Boyfriend Wants To Keep Relationship A Secret (11 Reasons Why)
No Comments