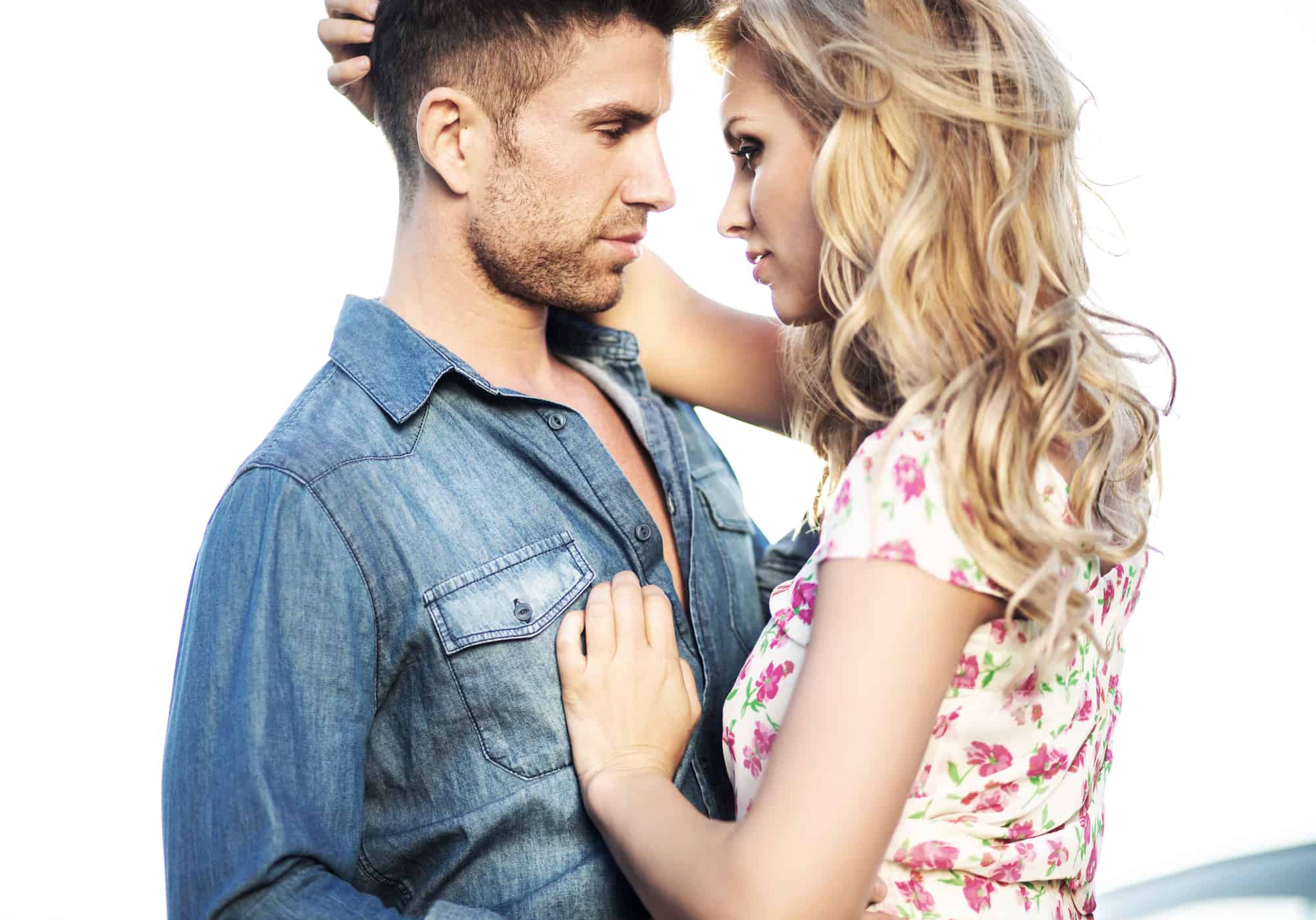 Are you wondering how big your love interest’s penis is?

Whether you’re worried about him having a small penis or excited about the prospect of a huge one, there are ways to tell what he’s packing.

In this guide, I’ll reveal six reliable methods to help you find out.

But before I do, I have an important story to share with you.

Back in my early twenties, there were so many guys I fantasised about making love with, but most of them weren’t interested in me.

Even worse, most of the guys I did sleep with had no interest in building a relationship.

I had no idea what was wrong with me. It felt like I was destined to a life without meaningful romantic connections.

Thankfully, I was able to turn this around. It all started when I learned about a powerful male psychological trigger.

It’s called the ‘Hero’s Instinct’ - and it appears to be held deeply by most guys.

Once activated, it tends to release intense feelings of power, purpose and self-esteem with a man. Naturally he feels closer and more affectionate towards women who can make him feel this way.

So, I learned how to do this - and the results were mind-blowing. Instead of only being seen as a ‘bit of fun’, it was common that men would quickly grow to OBSESS over me (you can learn how it works by reading my personal story).

If you’re sick and tired of being overlooked by fantastic men, this is the skill you need to learn.

I have written a detailed blog post about how I discovered the power of the ‘Hero’s Instinct’, so you can experience this dramatic shift for yourself.

Go read it now - then come back and learn how to estimate the size of his penis.

1: You Need To Measure His Fingers

It might seem odd to measure fingers in relation to penis size; however, this method was discovered by scientists in Korea. In the study, which was conducted with 144 over 20 years, participants would have their flaccid peni and their stretched peni measured as well as their ring finger and forefinger measured.

From this, scientists were able to conclude that there is a correlation between penis size and the ratio of the difference between the man’s fingers. The theory being, that the smaller the ratio between the fingers, then the bigger your guys package will be.

Of course, to do this, not only are you going to need to be a math master but you’re also going to need to figure out a method of measuring your man’s fingers without his wondering why. So you might be easier just going in and investigating yourself!

2: Hand and Foot Size is Important

If you’re looking for an easy method for how to tell the size of a guys package, especially when you don’t want to start sneakily measuring fingers, all you really need to do is look at his hands and feet. In all likelihood you’ve heard this before, where people will comment that if a man has large feet or hands, it means that he also has a big penis.

What you might not know, though, is that this observation has actually been backed up by scientific studies, where penis size can correlate with a man’s hands and feet. The study itself took place in 2002 and involved 104, who had their penis length measure by English urologists. At the same time, the length of the men’s feet was taken.

When the two sets of data were compared, it was found that there was a general match between the size of the men’s feet and the length of a guys package. So, if you’re intrigued by the idea of what your man is packing, simply have a look at the size of his feet.

For big hands, though, there isn’t really any evidence that backs up big hands meaning a bigger penis size. However, there is plenty of evidence that shows finger length – such as the index finger and ring finger– can be used to indicate penis length. So, it does make sense that bigger hands can make for a bigger overall package.

3: Look For The Length Of A Guys Index Finger 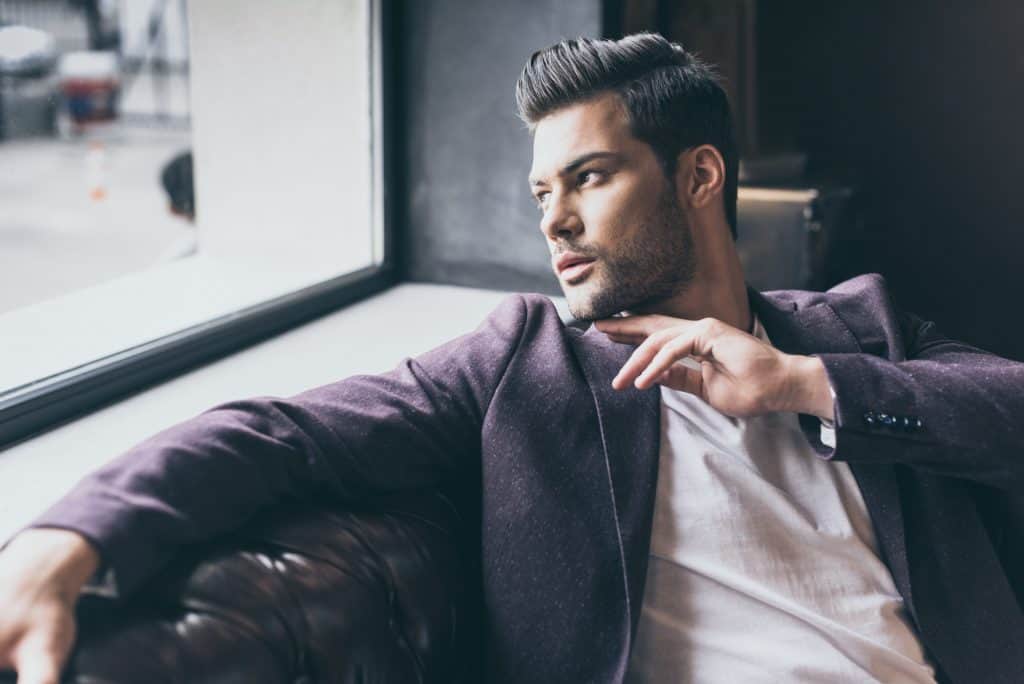 It is possible to guess the average dick size of a man while looking at his index finger. Simply get him to make an “L” shape using his index finger and his thumb. That length of these index fingers down to their thumb will give you a good idea of what any erect peni will look like.

Of course, as with any finger lengths, whether it’s the ring finger or digit ratio, it’s just not possible to do it easily or sneakily without specifically asking him to show you. You could try to say you’re trying to see the difference in the size of his fingers compared with yours. Be warned though, this is a well-known fact, so if you do ask him, he could well know exactly what you’re up to!

4: Look Out For The Way He Sits

One simple way to predict the penis size of your man is to analyze the way he sits. As, if he has to sit a certain way, it’s likely that he’s doing this in order to protect himself from squishing himself or hurting himself in some way.

So, when you see any men sitting, always check out the way they sit. If they sit with their legs very wide or they struggle to cross their legs properly, this could be seen as a sign of protection. However, this is to do with the size of a flaccid penis, so if he has no problem sitting, he still easily be a grower when the time comes.

You can also get a little more mathematical with the way men sit. As, when men sit with their feet touch and their knees apart, it’s sad you can measure the distance between his knees and then divide it by two to get an idea of his package size.

This isn’t an exact science though – especially if the men know what you’re up to – as they could easily stretch to get a higher length between their knees. Which means you might get a shock when it comes to any bedroom antics and it’s a smaller penis size than you imagined.

5: The Digit Ratio Between Pinky And The Thumb

There is definitely a large relationship between hands, finger and the size of a penis – which is why there are so many different ways to calculate average penis length using men’s hands. The last way involves measuring the length between his outstretched pinky and thumb.

To this, get your man to tuck in his other fingers, leaving his pinky and thumb outstretched – it will look sort of like a right-angled triangle. Then just measure diagonally from the tip of the pinky to the tip of the thumb, this should tell you the approximate length of the penis.

6: A Big Nose Can Indicate A Big Penis

For centuries, people have believed there is a relationship in men between the size (or rather length) of their nose and how big their penis is. Which is why, through the ages, women have been attracted to men who have long Roman noses, as biologically they believe they are well-endowed and more than capable of making lots of babies.

This is far from scientifically proven though, and it has been shown to be wrong on many occasions, so always take nose size with a pinch of salt.

It's perfectly natural to be curious about the size of a man's penis when you're dating him. However, working out his length can be extremely hard - even with the tricks of ring fingers or feet size - especially when there are always men who won't match up to the theories.

So, the only sure-fire way for you to know is by getting up close and personal with it. Plus, always remember that size isn't everything in the bedroom, what he does with it is far more important!

You May Also Like
7 Things To Do If Your Husband Doesn't Want You Sexually
No Comments
Having Sex For The First Time With Someone Experienced? (It's Like This)
No Comments
Fear Of Intimacy: Do I Have Intimacy Problems? (7 Obvious Indications)
No Comments