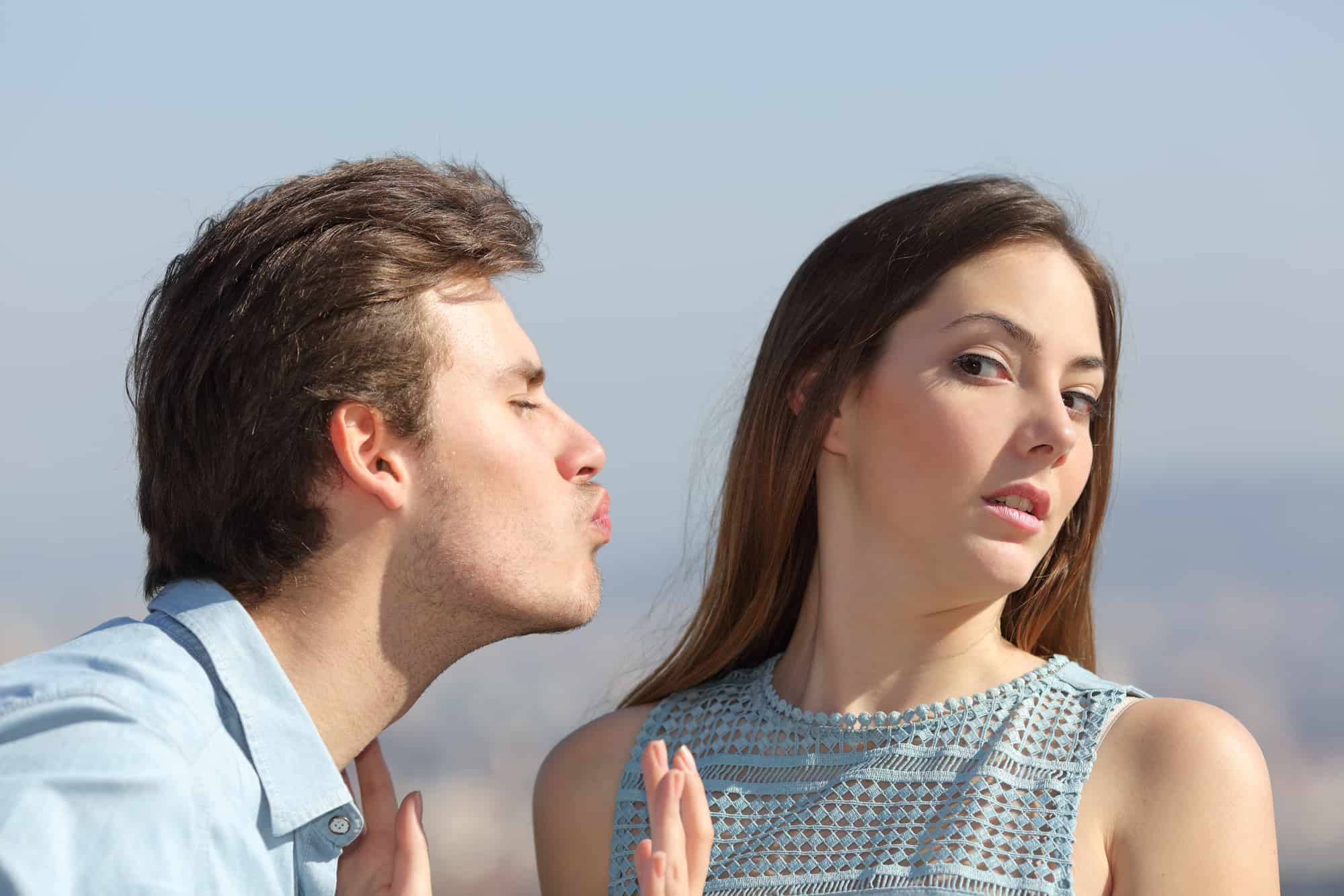 How To Friendzone Someone (17 Subtle Ways)

Dating can be a really hard thing to do as well as very confusing. However, what can be even more confusing is when you have a guy or girlfriend who you think wants to take things further with you. Or, it can be really awkward if you have been on a date with a guy or girl, who you really like, but not romantically. Either way, here we look at 17 ways to friend zone a man or woman so that you never find yourself in a situation in your life that you don’t want to be in.

17 Ways To Subtly Tell Someone He's Been Friendzoned

1. Be direct with him

While it may not be the easiest thing to do, being direct with a person is the quickest way to ensure that both you and they know where you stand with one another. While you may not enjoy doing it, it means that you can both go on to be comfortable in each other’s company as soon as possible and have fun just being friends.

2. Hint as heavily as possible

It can be hard, however, to tell a friend that you don’t want anything more from them in terms of a romantic relationship. Therefore, it can be better simply to hint as heavily as possible that you are not interested in them in that way in your life. It is possible for two individuals to move past any awkward romantic tensions and be friends, so bear this in mind whilst hinting heavily to him or her. It will be worth it in the long run.

3. Never meet up one on one

A good way to never put yourself in an awkward situation with someone that is interested in you for more than just friendship is only to ever meet up with them in a group. If you meet them with other people, it never lets the opportunity arise where they may try to talk to you about taking things further, or even them trying to make a move on you.

While you may have to be direct with the friend who wants a more serious relationship with you, remember also to be kind to them. This is imperative if you want to continue your friendship after any conversations about taking your friendship further. If you are not kind, it can start to harbor ill will between the two of you were having a meaningful friendship ever again may be difficult.

5. Refer to them as a sibling

If you are unsure as to how to either be direct with someone about your feelings or how to hint in such a way that they get the fact that you just want to be a friend, it can be a good idea to refer to them as a brother or sister in their presence. This can be a good way to make clear that you have no intention of taking your relationship to a romantic place, without having to outwardly say that you are not interested in becoming a couple.

6. Talk to them about other dates

Another way to make clear that you are not interested in anything other than being a friend is to talk to the person you want to friend zone about other dates. By reminding them that you are seeing other people and actively looking for love elsewhere, they should hopefully get the message that you are not thinking about them in that fashion.

7. Tell them you appreciate them as a friend

Telling someone how much you appreciate their friendship can be a good idea if you are trying to avoid having to tell them directly that you don’t want to hook up with them romantically. What’s great about this approach is that they still feel wanted and needed by you as well as an important part of your life - even if it isn’t in quite the manner that they wanted it to be.

When it comes to relationships and keeping a person permanently friend-zoned, an important factor in keeping things as they are is to maintain as little physical contact as possible. Touching a person can automatically give them hope that you want them for more than just a friend. So never hold their hand, never put your arms around them, and everything else in between.

9. Don’t flirt with them

In addition to never touching a friend inappropriately, it’s important as well never to flirt with them. This may sound obvious, but some people actually flirt without realizing, and as such, it can cause a great deal of confusion and hurt in others. Try to keep your interactions with the person you want to friend zone as unflirtatious as possible.

One thing that some of us do without realizing is leading a person on. This can take the form of many different interactions and conversations, but if you want to friendzone someone, try to ensure that you are never giving them false hope. Don’t give the attention that would usually be the type of attention a boyfriend or girlfriend would give.

11. Never introduce each other to family

Introducing a person to the family is something that should only really be reserved for those that know they are just friends - or actually in a couple. For anyone who is interested in taking things further with you in their life, it should be avoided at all costs as it again will give them false hope that you want something more from them.

Another great hint to emphasize that you don’t want a romantic relationship with a person is to set them up on dates. This is obviously not an action displayed by a person who wants to move things on than just purely friendship. Hopefully, setting a person up, on dates is a big enough indication that you won’t ever be anything more to one another.

Of course, how you act towards them is all very well and important, but what if they try to broach the subject of taking your relationship further? One idea to get out of that situation is to change the subject as quickly and smoothly as possible. If you do it enough, they will soon get the impression of what you want from them.

15. Try to keep your distance

An extension of never rushing to see a person who you want to friend zone is to try to keep your distance from them as much as possible. This means never cozying up to them physically but also being vague and emotionally unavailable as possible.

In some friendships, two individuals seem to fall into a natural banter and dynamic that mimics one of a romantic partnership. If you fear that this is happening to you, and you are acting as either the girl or guy in a person’s life, then try to stop anything that can be easily perceived as behavior seen between a couple.

17. Don’t spend all your time with them

One of the reasons that relationships between two individuals can sometimes become confusing is that they simply spend too much time together. Try to limit how much you see the person you are trying to friend zone.

How do you Friendzone a guy nicely?

Getting a guy into a friendship zone nicely is all about being kind and considerate, yet direct. If he isn’t getting your hints and he still seems to want a relationship with you, then try to tell him your feelings as bluntly as you can without being rude.

How do you reject a guy nicely?

Rejection is never a nice feeling, but it is necessary to hear sometimes that a person isn’t interested in anything by friendship with you. Bearing that in mind, if you want to be friends with a guy, tell him as kindly as possible that you don’t want a romantic relationship with him.

How do you Friendzone someone after a date?

It’s hard sometimes getting into the friend zone with a person that you have already been on a date with. However, at some point, he may make his intentions known to you - either verbally or in some physical way. Try, therefore, at that juncture, to tell him that you just want to be friends.

How do you not Friendzone a guy?

If you don’t want to slip into a friend zone with a guy, ensure that you are clear either in your actions or what you say that you want a romantic relationship with him. If you want to take things further with him, and not just be friends, then you need to alert him to the fact that you are keen on something more.

What to say to Friendzone a guy?

What exactly you say to a guy when you are friend-zoning him is up to you. This is because it needs to sound natural as well as being phrased in a way that he will understand you no longer want his romantic attention and that you see him more like a brother.

Friendzoning can lead to some awkward interactions at times but it can also avoid them as well. Try to choose the best course of action suggested above that will appeal to the person you have in mind who you only want friendship from.

Everything may be a little difficult between immediately after any direct conversation or hint dropping sessions, but hopefully, your friendship will be strong enough to continue and go strength to strength.