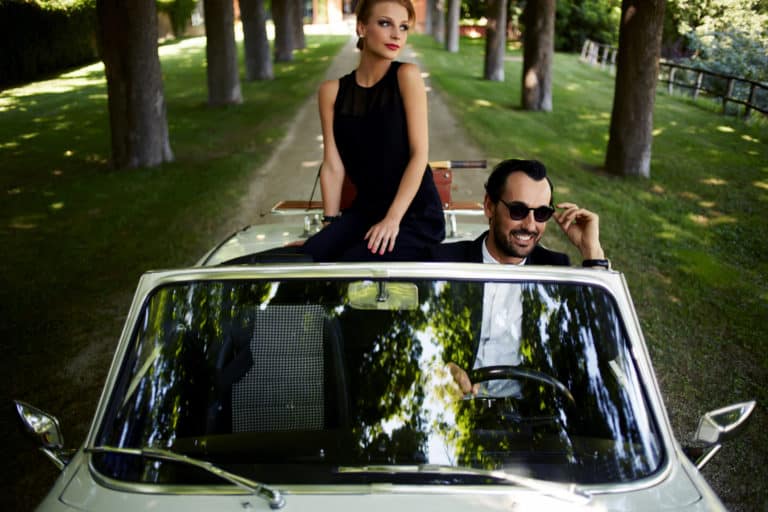 All About Female Hypergamy (8 Ways To Use It)

You are probably wondering what female hypergamy is and why it matters. Basically, it’s women’s biological need to find the best mate possible.

When women are searching for men, they are looking for those who will help them create the best babies possible. They may not be doing this intentionally, as this is an innate trait.

Men and women are different in this way.

Biologically men have a tendency to “spread their seed.” They have an innate need to have sex a lot. Men are polygamous by nature. Polygamy means they seek more than one mate; that’s because of their biological need to have many children.

Still a little confused? Don’t worry; in this article, I will cover the definition of hypergamy and how women use this innate trait, intentionally or unintentionally.

What Is Female Hypergamy?

In simple terms, female hypergamy is when women “marry up.” Naturally, women want to be with the best men they can find. This doesn’t necessarily mean they are gold-diggers, though. It’s just the tendency of a female to find the right male for procreation reasons.

Women search for men they can admire, someone they can “look up to.” It doesn’t mean he has to be powerful; he could have a great sense of humor or be really smart. Women just want a man who offers her a higher status of some kind. The higher status could be his popularity. It just depends on the woman’s point of view.

Keep in mind that this is a biological trait; the female body is made for procreation, and naturally, women want to find men who have the best status for their children. Being pregnant is a 9-month investment for a woman, so she wants to find the right man to father her children. A woman may not even realize she is doing this, though.

Why Is This Topic So Hot Right Now?

Men are talking about this issue a lot right now. They seem to be under the impression that all females are gold-diggers or want men who are better than them because women are innately evil. Of course, not all sources say this, but some men are pretty vocal about this hot topic.

This really couldn’t be farther from the truth. If a woman does, subconsciously, search for the best man she can find, is that so wrong? First, she’s doing it subconsciously; it’s part of her biology. Second, men do the same thing! Third, doesn’t everyone want to find the best person that they can find to be with forever?

Also, just because a woman is looking for the best man she can find doesn’t mean she’s a gold-digger or shallow. She just knows what trait she finds attractive and is looking for a guy who is illuminating with this feature. An example would be a woman falling in love with and spending her life with a man who has a great sense of humor. Not so horrible, huh?

How Is This Topic Related To Divorce?

According to the Library of Economics and Liberty, men are naturally polygamous while women are naturally monogamous, but when it comes to divorce, women have initiated them the most. If we just consider those traits, we can safely say that men cheat and women divorce them.

However, if we were to consider female’s innate need to be hypergamous, we would say that most women are looking for someone better; so, they may be initiating divorces because they are looking for a better mate, someone who has different or more traits than the husband they are currently with. When they find a new person, they initiate a divorce.

Of course, this is not true 100% of the time, but for those who believe strongly in the power of these innate traits, the causes of divorce make sense. Men want many women, and women want better men, so men sleep around, and women upgrade! If only life were that simple!

Is your boyfriend really husband material? Does he have any of these traits?

It makes perfect sense if a woman is practicing hypergamy, she wants the best looking guy she can find. Usually, a woman marries the man she plans to have babies with, and if this man is very handsome, she knows she’s got a good set of genes to pass along to their children.

Some women do only want to be with very good-looking men, but not all. For some, they just want someone who they find attractive so that the physical chemistry can stay alive.

If women are biologically hypergamous, they want to provide the best father for their future children. They desire someone who will be a good provider for them and their future family. If a man is rich or has a nice inheritance to look forward to, he is that much more appealing to her, because she knows she’ll be taken care of.

I’m not going to say there are no gold-diggers out there because there are, but some women just want to know they are well taken care of and don’t have to worry about money.

A man who is sure of himself is quite appealing to women. They see this as a good sign, an indication that the man’s self-esteem is high, which is very attractive. This personality trait, self-confidence, is a great thing to pass along to her children. It can biologically be passed on, or the man can just be a good example to his children.

Confidence is extremely sexy. Can this appeal wear off? Sure! That doesn’t mean it does, though. Anyone who is super comfortable in their own skin is hot and will have no problems in their love life (unless they are too cocky).

Have you ever seen an okay-looking guy who gets all the ladies? It’s weird, right? Women naturally flock to a man who has a great sense of humor or who is very charismatic. These traits usually just “come” with the guy. He’s born with them or develops them early on in life.

Someone who can hold the attention of the room or who can keep people entertained with his winning personality is sexy. Of course, not all women agree, but for many, personality trumps wealth any day of the week.

Having brains is a huge turn-on, and intelligence is a trait that can be passed down naturally from a man to his children. So, if a woman is naturally hypergamous and is looking for someone smart to have kids with, she’ll be watching closely to see how intelligent a man really is before she makes her move.

While it does seem like, at times, handsome guys don’t have to try so hard in life, so they don’t work as hard in school and don’t have the brains that the “nerdy” guys do. There may be some truth to that statement, but not all the time. There’s plenty of handsome nerds out there. Good-looking or not, intelligence is hot!

This is another one of those traits that can be naturally passed down from father to child. A woman who is looking for someone ambitious probably loves the idea of having a greater status in the world; she knows her family will move up the ranks sooner than later, and that’s just fine with her.

A man who can crawl up the food chain is sexy, but it’s more than just getting promotions. A strong work ethic is very sexy to many people! It can trump promotions!

Some women don’t care about status but instead find a man’s natural ability to be kind and compassionate to be hot. A woman who is looking for a kind man hopes that he will pass along this huge heart of his to their children. Kindness is both an innate and built trait; some people are born with it; others develop it over time or don’t have it at all.

You can take away all the other traits in this list for some women because having a heart of gold or having an abundance of kindness can win a woman over easily. So, if you are a guy reading this and don’t have the other things going for you, work on this one! This is a trait that you can actually do something about!

All other traits aside, when someone is super popular, it’s hard to not be curious as to what this guy’s deal is. Curiosity drives a girl crazy, too!

A woman may wonder why he always has a flock of people around him and sees his popularity as being very appealing and attractive. She knows that she will get to be popular as well, just because of her association with him.

What is a Hypergamy relationship?

This is when women marry men who have a specific quality or feature that’s desirable, like wealth or a great sense of humor. Women want to marry men who are the pick of the litter, the best. They want to create the best babies they can with these men.

What is Hypergamy and Hypogamy?

A hypogamy marriage occurs when one person “marries down” or marries someone beneath them. It’s the opposite of hypergamy. For some reason, one person marries someone who is lower than them. An example would be a woman who is a “10” marrying a man who’s a “3.”

What does Mgtow mean?

MGTOW is Men Going Their Own Way. It’s an anti-feminist social movement, typically comprised of online men who don’t like the way women classify men and want to leap out on their own to define men in their own eyes. Check out the Urban Dictionary for more colorful wording.

At what age does a man look his best?

We have covered hypergamy definition and hypergamy meaning in detail, so you should understand it now. The bottom line is hypergamy is all about having a higher status.