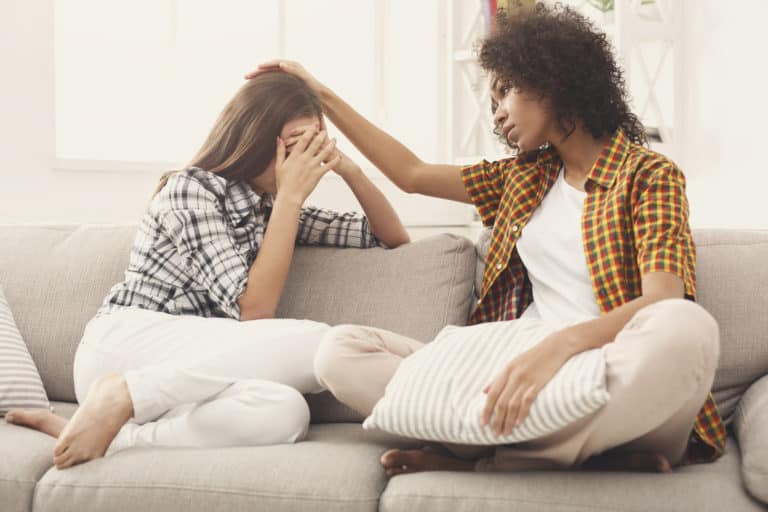 I remember I was in my twenties and at a party. A friend approached me and told me that an ex had just arrived. This wasn’t a problem for me but my friend interrupted. The ex was spreading rumors about me. And some of them were pretty nasty.

I knew when we had broken up it was upsetting for both of us. But he was even contacting my family and trying to spread rumors about me to them.

So why was my ex being so nasty? Here are my thoughts on why an ex spreads rumors.

Why Is My Ex Spreading Rumors About Me?

1. They are hurt and are lashing out

People do strange things when they are emotionally unstable. The kindest partner can turn into the most bitter ex-boyfriend or ex-girlfriend when they are hurting.

When relationships end we enter into a kind of grieving process. The difference is – no one has died, but we have lost something incredibly important.

We feel this loss as keenly as a death. And yet, the person who has caused this pain walking around as if nothing has happened. We want them to suffer as much as we are. So we spread lies about them.

2. They are angry the relationship is over

Some relationships are controlling. As such, your ex can exert further control by spreading rumors. How dare you end the relationship? This was not your decision to make.

This is what happens when you defy them. You’d better get back in line and do as they say. Be careful if this type of behavior is coupled with threats of violence and stalking.

Some ex-partners cannot take no for an answer and spreading rumors is just the start of worrying and escalating abuse.

3. They are avoiding responsibility for their behavior

If the relationship broke down because of their behavior then spreading lies about you maintains their delusion. Perhaps you have mutual friends and they want to keep up the façade of being innocent in the break-up.

Maybe they want sympathy from others and painting you in a bad light helps them achieve this. They can’t face the fact that the relationship ended because of something they did.

As such, blaming it all on you allows them to save face. Telling lies about you shifts the blame onto your shoulders.

4. They want your attention

This is about getting you back, although in a reverse psychology kind of way. Perhaps they see you getting on with your life. They’ve noticed posts on social media where you are out having fun with your friends. You seem to have forgotten all about them.

This is the only way they know to get your attention. Now you won’t be so happy when you go out clubbing with your friends. You’ll be thinking about them and the relationship.

5. They need a reason to explain why you dumped them

Being dumped is painful. You feel like a failure. You’re the sad one that got brushed aside. You weren’t good enough, it’s that simple. Except people fall out of love for lots of reasons.

They might not be compatible. That doesn’t mean one person is less desirable than the other.

But humans like to label and put things into categories. So the person who left is good and the one left behind is bad. No one likes feeling as if they are bad, so the logical step is to ruin the reputation of their ex-partner.

What To Do If Your Ex Is Spreading Rumors About You

Take a deep breath and a step back. Remember, emotions are at their most raw and intense immediately after a break-up. Feelings will calm down.

Are the rumors damaging enough to ruin your reputation and cause you serious harm? They might be hurtful but get some perspective on what’s being said. Are they turning your friends against you? Talk to your friends and get evidence to support your truth.

If you feel as if you can approach your ex, it is always better to reach out and try and resolve the matter. However, I would take a third person along as mediator and for safety.

If you are a teenager get your parents involved. I know this is the last thing you want to do, but trust me, this is very serious. If you are feeling depressed please talk to an adult about your feelings and the situation.

Ignoring the rumors and waiting for the situation is a good approach. Spreading rumors is a bullying tactic. Bullies want to know their victim is reacting. If they don’t see a reaction they’ll become bored and stop.

However, if your ex-boyfriend or ex-girlfriend is targeting your workplace for instance you may have to take further action. Let your ex know that unless they stop you’ll be forced to call appropriate authorities.

Why is my ex spreading rumors about me?

Your ex could be hurt or angry that the relationship has ended. They are taking all this hurt out on you. Perhaps they can’t cope with relationships that end so they lash out. Or, they might be spreading rumors to get your attention.

What to do when someone is spreading lies about you?

You can either ignore them, challenge them about the lies or try and talk them into stopping spreading the lies. If nothing works you might need to get a third party or the authorities involved.

How do you deal with an ex who lies?

Remember that these are not true and that your family and friends will know that. Debunk untruths with the facts then move on. Focus on yourself and try to be understanding of your ex. They are suffering.

How do you tell if your ex is lying about being over you?

They will pop up in places they know you frequent. They may share pictures of you as a couple on social media. You might catch them staring at you when you are out. They may act jealous of your new partner. Or they might flaunt a new partner in front of you.

How do you deal with true rumors?

Try and find the person who is spreading the rumors. You need to understand their motivation. Are they hurt or angry? What can you do to appease the situation? Let them know how their actions are affecting you. If this doesn’t work, talk to your friends and explain what is going on.

It can be devastating when you are the subject of gossip and vicious rumors. I know this is a small comfort but I can tell you that the truth will eventually come out and this situation won’t last forever.

Stay strong and you will come out the other side.

You May Also Like
First Loves Are Never Really Over (11 Reasons Why)
No Comments
Should I Text My Ex To Tell Him I Miss Him? (The Honest Truth)
2 Comments
25 Heartbreaking Signs He Will Never Come Back To You
No Comments