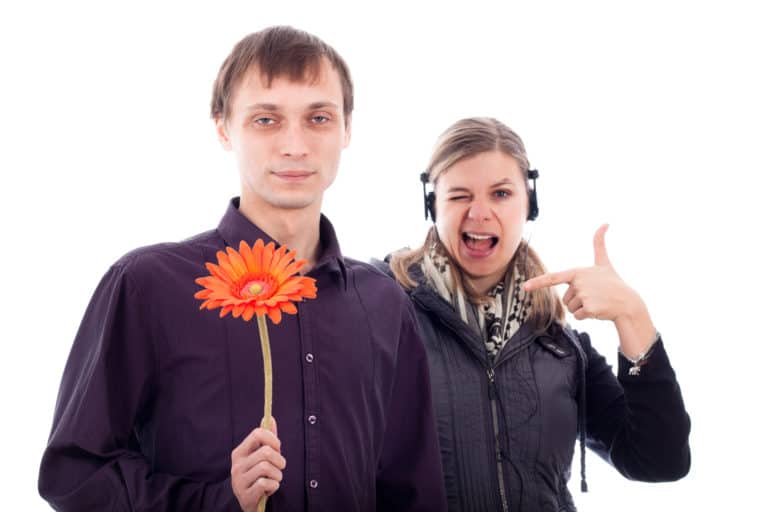 Dating An Unattractive Man (11 Reasons Why Dating One is Better)

I get it. Sometimes, women decide to go out with guys just because they look good.

However, dating a man who hasn’t got the “look” has its merits. If physical looks are at the top of your list, you might not be able to get past a few unattractive features in a man. But if you can excuse those features, chances are there is probably a guy like that in your life who loves and appreciates you, but you are not paying attention.

There should be no problem giving him a chance. Being with an unattractive man is not really bad news; it is rather fulfilling. Yes, in high school, every girl wanted to date the cutest guy but growing up, you get to realize that you need someone who appreciates you in and out.

Also, while this is not engraved on any stone anywhere, we all know attractive men usually give in to temptation by the opposite sex. It is rather hard for ladies to give in to those guys. But again, it's a common assumption. Here’s why dating an unattractive guy is better.

11 Reasons Why Dating An Unattractive Guy Is Better

1. Women who date unattractive men are known to be happier

2. Guys who date attractive ladies are happy too

Guys usually have no inferiority complex if they are less attractive than the women they are dating. This, in my opinion, is a win-win case, because men love showing off their hot girlfriends. Perhaps it's because many guys are more into money and success than how they look.

Unattractive guys are known to put more effort into the relationship. I say this because some guys never think a girl might look their way, let alone be interested in them. Because of that, they tend to appreciate their woman a lot. He will do anything and everything to impress her and make her happy and not mess the "living dream" up.

The effect is a lovable relationship. It is common knowledge that if a man is really into the woman, the union will be a happier one as compared to a relationship when it’s only the woman interested in the man.

4. There are few women to fight off

Attractive guys are flirted with on a daily. It's hard to be with an attractive guy because some girls can be so shameless and even try flirting with him in your presence. I guess it's because they say, "Your future husband may be making the mistake of his life, so grab him fast", and some ladies, unfortunately, subscribe to this thought.

The temptation to give in to other females might be too much for an attractive boyfriend which can strain a relationship. However, if you have an unattractive man, you won't have to deal with other ladies fighting for his attention or openly flirting with him. So the fewer females to fight off, the more secure your relationship.

Well, unattractive men have to be great somewhere, if not in looks. This is because they know they have to compensate for their lack of good looks. This way, they can get a girl to stay if she finally looks his way. So, he may have spent time researching all the ways to satisfy his girl in bed.

6. Most ugly guys are intellectual

Imagine being shunned out of the cute guy’s group while growing up. Guys in this situation would definitely work on their confidence to get themselves recognized. That’s why most unattractive dudes are really intelligent and can hold intellectual conversations.

On the other hand, an empty-headed pretty boy is more likely to cheat on you. It’s better to have an unattractive man who can explain the stock market and the many complexities of various disciplines to you?

There is a popular joke on social media where people say they want a partner who is intellectual because when the kids bring homework, someone is going to have to help them. If your spouse happens to be as unintelligent as you are, well, the kid's teacher will assume the parents are the cause, which can be quite embarrassing—even though you two make the perfect couple.

7. Women dating such guys are accepted for who they are

An unattractive guy is very supportive and would accept you for who you are at any point in time. I mean, he is the unattractive one and therefore, is used to judgments about his looks. Experience would definitely teach him to accept people as they come. So, you don't have to be insecure about your looks. He will love you the same.

A girl may gain some extra pounds, lose weight or maybe, go through some kind of physical change, yet an unattractive man will still accept her and love her for who she is.  She doesn't need to put in any extra effort like staying slim, because he loves her just as she is.

Being with an unattractive man has a way of boosting a girl’s self-esteem because he always makes his girlfriend feel hotter than she thinks.  A confident girl is a very beautiful one. This is because this confidence makes up for any deficiency in her looks and makes her feel so fly.

I guess people will ask why a hot girl is dating such a not-so-attractive guy. However, he is the self-esteem booster of that lady. From a guy’s perspective, having a pretty girlfriend by his side is enough to gain respect from his colleagues and peers. If despite his features, he still gets a hot lady's attention, then he is worth respecting. No doubt, that's bonus points for being an unattractive partner.

It’s obvious that men who are unattractive are assured of their masculinity, which is quite hot. It's possible they look the way they do because they have not invested much into their appearance— like having skincare routines, shaving, or going to the gym on the regular.

10. She gets to know what she really wants in a relationship

Another reason to date an attractive guy is because sometimes, women do not know what they want in a relationship. They may be interested in a guy because he looks good or because of an infatuation with a certain feature on his body. The funny thing is that she may not be conscious of it.

Dating an unattractive guy puts things into perspective. This is because before she would want to consider being in a union with him, she knows what people are likely to say about his looks.  And she would have to consider whether attractiveness equates to love. She will then ask herself the necessary questions as to whether she really wants to go ahead.

It is quite obvious if she goes ahead to accept the guy, it is because she is convinced the guy has shown her that he is really in love with her.

No guy shows love like an unattractive one. This type of guy really is the embodiment of inner beauty because most unattractive guys are known to be very kind. He will pamper his girlfriend, spoil her rotten and place the world at her feet.

Can you love someone you find unattractive?

It is very possible to love someone you find attractive, though some people argue that attractiveness ought an important criterion. Go on a couple of dates with that person, in order to find out if there's any chemistry between you two, then you two can take it from there.

What do men find most attractive in a woman?

While most men may be attracted to beauty, there are other things that men may find attractive in a woman. There is no straight-cut answer but studies have discovered that men are attracted to ladies with the following qualities: independent, kind, responsible, good behavior, and the right sense of humor.

Is it shallow to want an attractive partner?

No. It is not shallow at all. Understand that being attractive is not always focused on appearances. There are lots of characteristics about a person which makes them very attractive to the opposite sex.

Is dating harder for guys?

Dating in general is hard. I would say it is harder for guys because this is the 21st century, and every lady has their standards and what they want in a man. And in order for a guy to catch the eye of that special one, he is going to have to somehow upgrade to her list.

Why don't I feel sexually attracted to my boyfriend anymore?

Attraction fades when change happens, either in the relationship or with you or your boyfriend. So it's possible you don't feel sexually attracted to him because of that.

In short, we were all in a hurry to grow up to live the perfect life. But, as a grown man or lady, you realize that perfection has its limitations and flawed beauty is the real perfect.

Throw away those childish thoughts of perfection. After all, a fulfilled union is better than one involving pretty faces, yet amounting to nothing but problems. And if you happen to find a man who is willing to give you the world but because of his appearance, you reject him. Not to be a prophet of doom, but you are setting yourself up for a life of regret in your coming years.

On that note, I hope you enjoyed this article. I want to know your feedback, and kindly share.