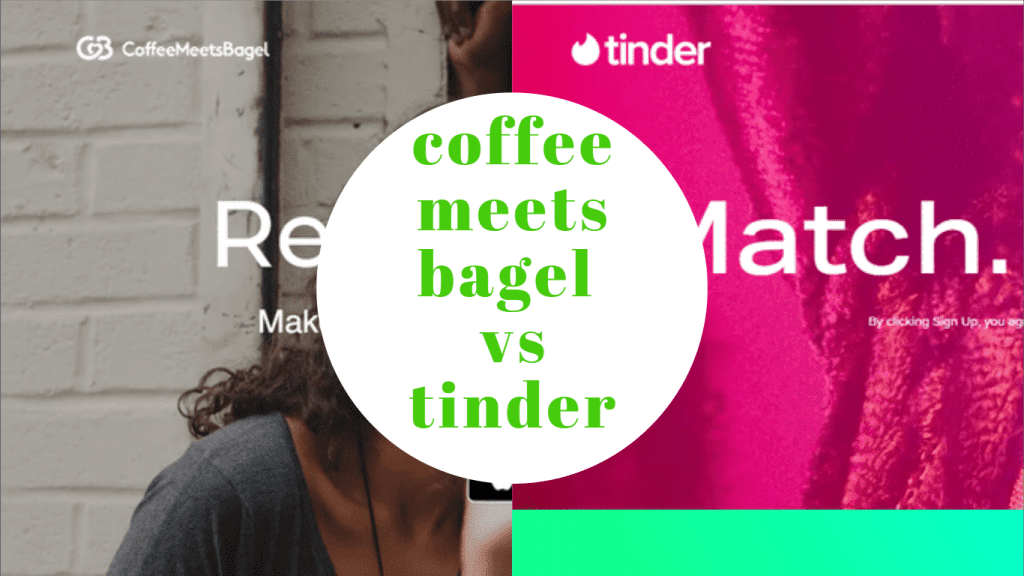 Coffee Meets Bagel is a dating site renowned for helping people find long-term romance. It aims to empower women, and most of its users are intellectuals. It was launched in 2012 and boasts international coverage; however, it is only popular in about five countries. That’s hardly a downside, as it is popular in the USA, as well as the UK and Canada. Then, a thinner user pool means you’ll face less rejections and greatly increase your chances of finding “the one.”

Tinder is by far the most popular dating app out there. It counts milliards of users looking for anything from friendship to eternal love. It’s currently available in 190 countries and 34 languages, and it majorly attracts young singles as well as people of all ages looking for casual dating and hookups.

How to Choose a Dating Site

If you’re new to online dating, online dating sites and apps may look all alike. However, things are slightly different.

There are various types of dating sites out there.

Some sites appeal more to people looking for long-term relationships and marriage.

Others cater to those who only want a casual thing.

Some sites are LGBT-friendly; others are more heterosexual-oriented.

Thus, you should have a clear picture of what you’re looking for and select a dating site that can truly cater to your needs.

When it comes to Coffee Meets Bagel and Tinder, they have some similarities but cater to different categories.

Coffee Meets Bagel caters to singles looking for longer-term commitment and potentially marriage. It attracts a more mature share of singles, usually in their late 20s and 30s, so you’ll have higher chances of finding someone in search of true love.

Tinder is ideal for those interested in casual dating. Whether you’re after a hookup or short-term relationship, this is the app for you.

One of the most important things to check when picking a dating site is its availability. Sure; you’ll obviously pick a site that’s available in your area. But if you like to travel a lot and would like to use the service to find dates in other parts of the world, you should check if the dating site you like is available in that area.

At the moment of this writing, Tinder is available in 190 countries and 34 languages. Coffee Meets Bagel covers a smaller area and is majorly used in about 5 countries.

Needless to say that Tinder wins this round.

Covering a wider area and available in many more languages, Tinder is extremely popular. The simple interface that makes it a star among younger daters enhance its popularity even more. So much that it has around 50 million visits per month.

The figure is just an estimate and it is believed that the actual visits are actually many more.

Coffee Meets Bagel can’t compete with this popularity. The website counts millions of members too, but things are quieter around here.

Due to its scarce availability, the website only has about 7 million visits per month. That’s still a lot considering that most members are from Canada, America, or the UK. You’ll still find plenty of people to talk to when logging in.

Nevertheless, you won’t have so much choice as you would on Tinder. Or on any other website that has higher popularity. As such, Tinder wins the second round too.

Signing up to both Tinder and Coffee Meets Bagel is quick and straightforward. Neither site makes you lose too much time with the process, and it’s safe to say that you’ll spend less than 20 minutes to create your profile regardless of which service you choose.

Both sites let you sign up with your Facebook profile and retrieve all the data from there, so you won’t really have to fill in anything.

Alternatively, on Tinder you can sign up with your phone number – I didn’t test this function, but it’s probably as straightforward as signing up with Facebook.

The websites don’t share any sensitive data, comprising your phone number, email, or home address, so it’s safe to use them.

While both sites are easy to sign-in and I might be tempted to call it a tie, the truth is that Tinder is faster.

So, Tinder wins the third round in a row in this head-to-head comparison between the two. This match doesn’t look too promising for Coffee Meets Bagel.

With 3-0 for Tinder up to this point, will Coffee Meets Bagel manage to hop back into the game and change the circumstances?

If we were to consider only the features each service comes with, the odds tend to lean in CMB’s favor.

This website was born for the miserable singles who want to find true love and stop being miserable. As such, it comes with plenty of features developed to help members achieve their goals. That’s visible right from the start, as you’ll have to fill in a more thorough profile.

Using the website is free, which is a huge plus in the online dating world. And you can even buy in-app beans if you want to unlock perks and other interesting features.

However, these paid features are nowhere near as good as Tinder’s. I mean, who wants to send virtual gifts when they could see who liked their profile on another platform?

Speaking about Tinder, the free version comes with more restrictions than Coffee Meets Bagel. Considering that most members on both platforms use the free version, Tinder could be a tad more annoying.

Perhaps the biggest limitation is the geolocation feature that doesn’t allow you to search members in other geographical areas. You can’t even look for people in the next neighborhood if you live in a large metropolitan area, such as New York.

To unlock this feature, you’ll have to pay.

Another limitation is the impossibility to unlike or un-dislike a profile once you’ve made a decision. There is also a limit of profiles you can like in a day.

Sure, opting for a premium plan unlocks all these annoyances, but you’ll have to drop the cash. That’s why this round’s point goes to Coffee Meets Bagel.

When it comes to the quality of matches, there is little to argue about. Quality members are on Coffee Meets Bagel.

That’s not to say the members on Tinder aren’t real. You’ll find plenty of genuine profiles. It’s just that the younger crowds on Tinder don’t want commitment most of the times. Not that something’s wrong with one night stands, but if you’re looking for something more serious, Tinder will likely disappoint you.

Coffee Meets Bagel, on the other hand, caters to more mature crowds. People here want a serious relationship and are willing to walk the extra mile for someone that’s worth it.

If you’re thinking of long-term commitment and marriage, that’s the site you should be on.

The two platforms are easy to use and intuitive. One is an app while the other comes with both app and desktop versions, but there is little to argue about for each of them.

Coffee Meets Bagel has a clean aesthetics but a more complex interface. It’s easy to navigate, but someone who’s not that tech-savvy could get lost. You’ll have to fill in profiles and learn the various sections of the site before getting used to it.

Tinder is much more intuitive. It’s as simple as most mobile apps and there is nothing to put you off. This design is essential to help people find a match fast.

In fact, everything on Tinder is on fast-mode, just as the lives of those who should use the app.

Comparing two platforms built for different mediums is not easy. However, mature singles also find Tinder super-easy to use, whereas some users complain about the somehow confusing design of Coffee Meets Bagel.

With this in mind, Tinder takes the lead once again and wins another round.

When it comes to prices, both Tinder and Coffee Meets Bagel offer premium features to the members who want to unlock more perks. They’re both accessible, but Tinder tends to be cheaper, and it has even cheaper plans for people under 30. At this stage, it could seem Tinder's on a roll again, but this might not necessarily be true.

Coffee Meets Bagel doesn’t ask you to subscribe to a monthly plan. You can buy as many beans as you want and use them at your own pace. You might spend even $2 per month if you don’t really care about perks and just some beans could do.

Furthermore, there are ways to win beans for free, so you might not have to pay at all to unlock premium features.

Needless to say, this point goes to Coffee Meets Bagel.

Who Is It For?

The balance is now 4-3 for Tinder, so this is a decisive round. Will it be a tie or will Tinder claim the big title?

I don’t want to spoil it for you, so all I’m going to say is that Tinder caters to singles of all ages and sexual orientations whereas Coffee Meets Bagel is more heterosexual-oriented.

If you have homosexual, bisexual, or asexual orientation, Tinder makes it easier to find a match. Coffee Meets Bagel still follows the outdated social norms where everyone can belong to either male or female groups.

Not only you won’t be able to share your real sexuality on Coffee Meets Bagel; the site did little to become LGBTQ-friendly. So, Tinder wins the round.

And The Winner Is…

Obviously, Tinder. It might not have been designed exactly for dating. It might be harder to find a match interested in a long-term romance. Due to its young spirit, you might even have to comply with the beauty standards it set to have some success on it.

Coffee Meets Bagel might be more open to people who’re overweight or who don’t feel comfortable on Tinder, but it’s not as good as its competition.

Tinder has more members and makes it easy to connect with people in your area. It is more user-friendly and welcomes singles from minority groups, which is awesome. It’s available in more places and easier to sign up.

We can’t deny, though, that Coffee Meets Bagel has higher quality members and more dating-focused features. If you want to find serious romance faster, this is the right choice for you.

So, what do you say?

Would you go for the winner or give Coffee Meets Bagel a chance? What are your expectations of online dating?

Tell me in a comment below. And before you go, don’t forget to share this article with your friends. 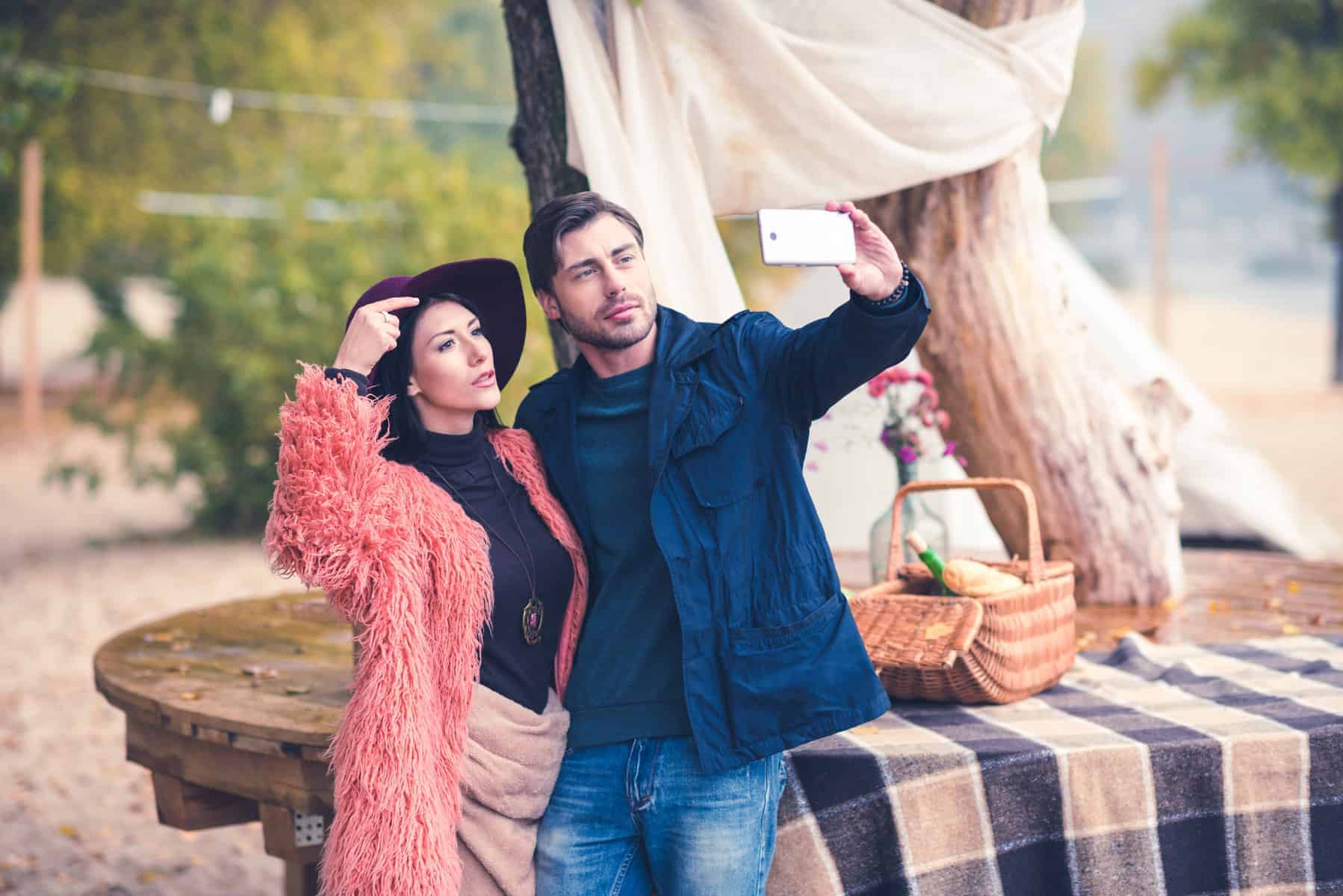 Should I Get Tinder? 7 Pros and 7 Cons of Tinder 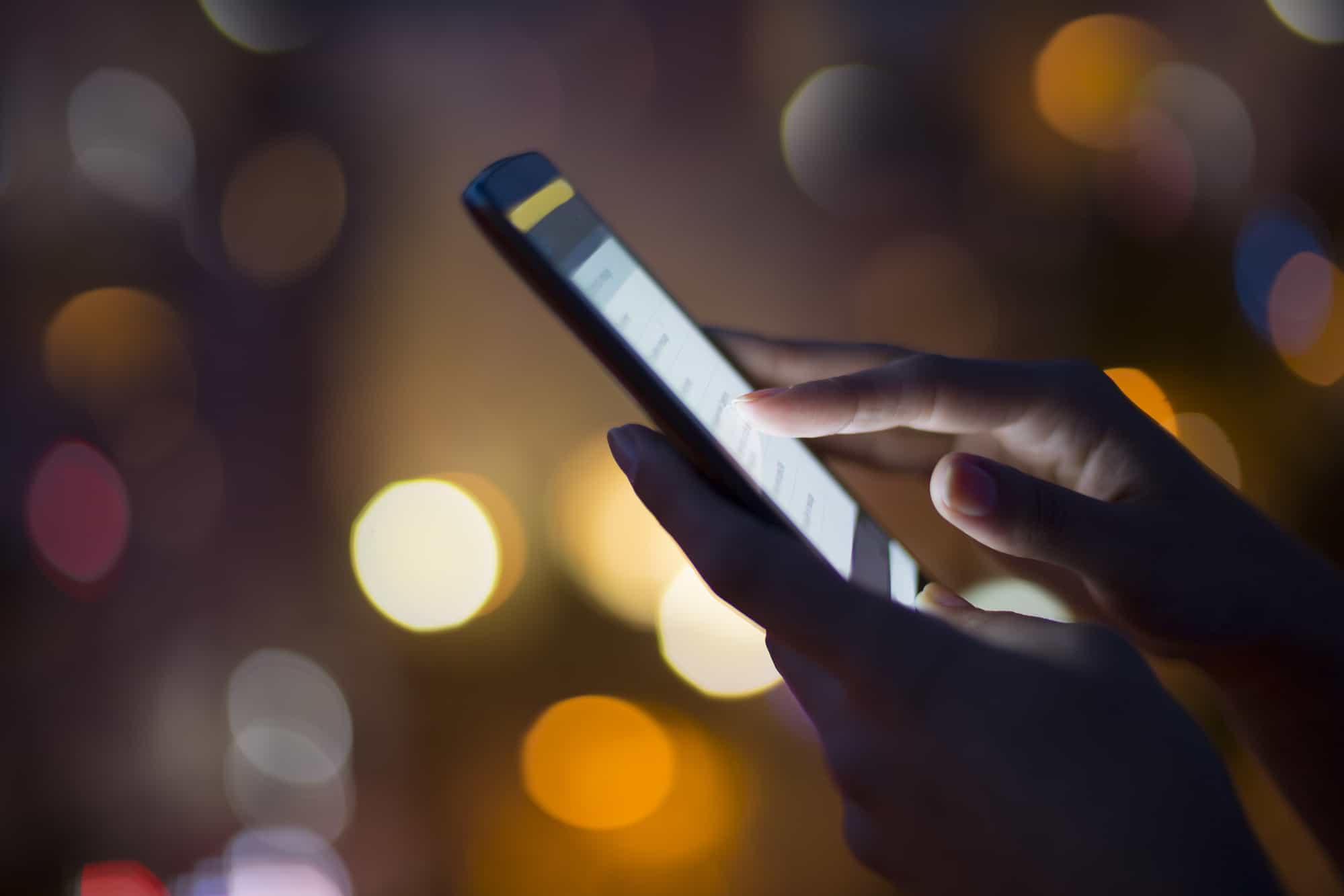 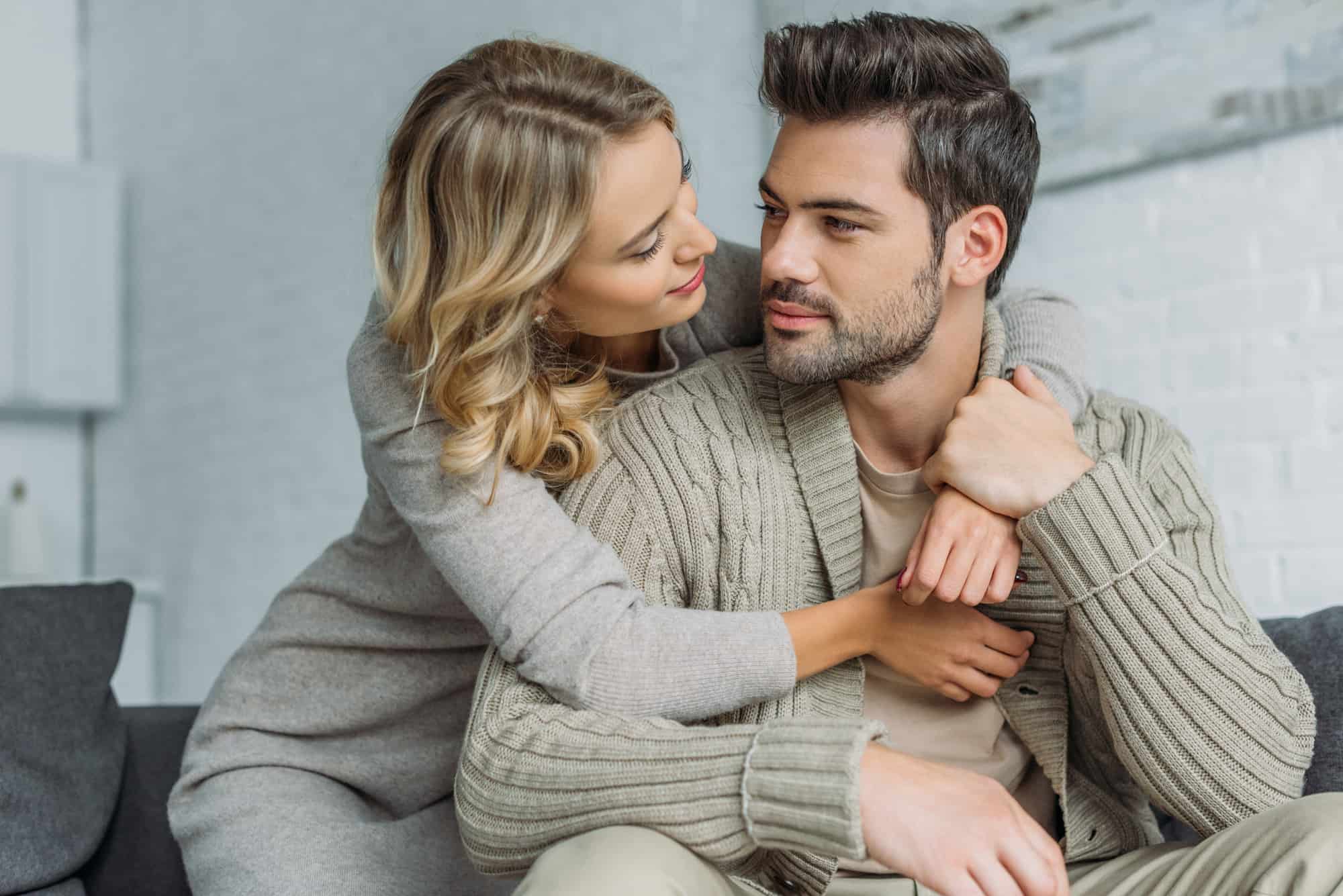