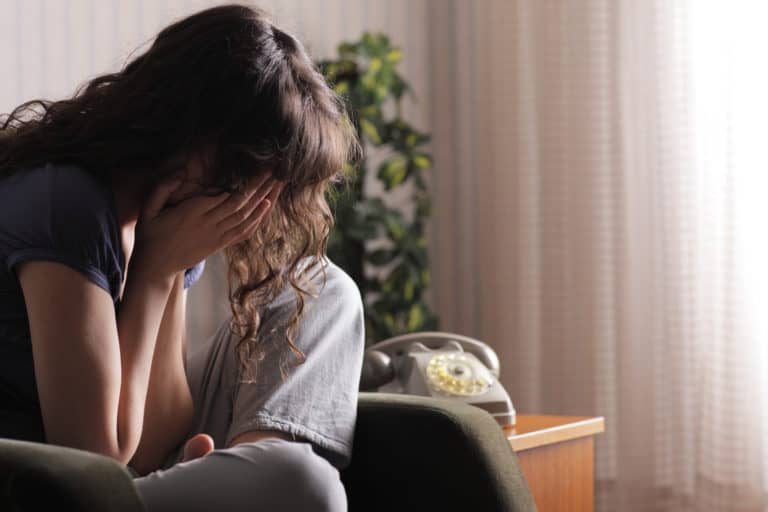 Breaking Up During Pregnancy (13 Essential Tips)

Pregnancy is hard enough. You have morning sickness. The pregnancy hormones make you feel like you’re on an emotional roller-coaster day in and out. Pregnancy forgetfulness is also pretty common, and pretty stressful. Some couples make it through this time. Yet, some couples don’t. Relationships are actually known to fail during pregnancy.

Everything You Need To Know About Breaking Up During Pregnancy

If you want your relationship to survive, it’s important to understand why most couples break up in the midst of a pregnancy. When it’s simply impossible to make things work, you need to know how to get through a breakup while pregnant. These 13 essential tips will tell you everything you need to know, from how to try to make it work to how to cope.

1. The Main Reason That Couples Break Up During Or Soon After The Pregnancy Is Stress

According to studies, almost 20% of couples that stay together call it quits before their baby’s first birthday. The romantic notions of living happily ever after quickly fall apart among sleepless nights and diaper blowouts.

The fact is, being pregnant brings along insecurities and emotional highs and lows that can be difficult to navigate through. Bringing a baby into the mix can add further stress of every kind, from emotional to financial. If both people are stressed, neither is supporting the other one.

2. He’s Not Ready To Be A Dad Is Another Common Reason

He might be all for the cute fun stuff, like those maternity pictures, but he’s not ready to hold your hair back during morning sickness. The responsibility of being a dad sends him headed for the hills. This breakup scenario is very common, especially among teenagers.

3. Regardless Of The Reason, Breaking Up During Pregnancy Is Not Your Fault

It can be easy to blame yourself if he just left. Yes, you’re emotional. Yes, you’re sick and stressed a lot. However, those things go hand in hand with pregnancy. His choosing to leave or act in an unacceptable manner is his decision, not yours. Don’t blame yourself for it not working out.

Stress can affect the baby, and it’s not good for your unborn child. Now, more than ever, it’s important to practice healthy coping skills. Enjoy moderate exercise to get those positive endorphins flowing. Take deep breaths or learn meditation. Doing yoga while you’re pregnant is a great idea! Whatever positive coping skills you’ve got, use them.

5. Let Your Emotions Out Instead Of Keeping Them Bottled Up While Pregnant

You need to let your feelings out. Keeping them bottled up does not help. Instead, they will all come out later, much like a volcano erupting. Punch your pillow. Rip up paper into tiny shreds. Burn his pictures. Cry your eyes out. Do whatever you need to do in order to let them out. You need to do this to get through this.

6. Time To Focus On Yourself!

This is an essential part of every breakup, and it doesn’t change just because you’re expecting a baby. You do need to focus on your baby and make sure to still take your prenatal but focus on yourself. Do some things you’ve never been able to do because of your boyfriend. Go out with friends and family members.

If you don’t have friends or a family, go shopping. Get your nails done. This will help you feel more positive, and you won’t dwell on your now ex. As a bonus, it will help keep the hormones from taking over your life.

Once you get through the initial phase of focusing on yourself, it’s going to kick in that you’re going to have a baby soon. There is a tiny life growing inside of you that depends on you for everything. It can be scary to go at it alone, but it doesn’t have to be.

While you’re pregnant, take some time to enjoy that little life inside of you. Get craft with the nursery, and buy things that the baby will need.

When I was pregnant with my daughter I was 16 and single. My grandmother constantly began asking for my help with anything I could possibly do around the house. One day, she looked at me and told me I should get used to hard work because being a single mother was a lot of hard work. She wasn’t wrong. It was. It still is.

Take some time to reach within yourself, and find that inner strength so that you can reach your full potential as both a person and a mom.

9. Give Him Some Time

It can be tempting to tell him what a total piece of crap he is, but don’t send those angry texts just yet. Instead, give him some time to sort things out in his mind. Sometimes, guys do dumb things because they don’t know how to cope with things. If it’s getting close to the due date, he might just be nervous.

This is another surprisingly common reason for a breakup during pregnancy.

Your friends and family are your built-in support system. However, it doesn’t hurt to have a backup support system or some additional mom friends. A quick online search can help you find parenting forums full of soon to be moms in the same situation. There are also Facebook groups that can provide additional support.

Moms are wonderful at providing support for each other during tough times.

11. Decide What To Do When The Baby Is Born Regarding His Involvement

I know someone that got pregnant and was then left in the second trimester. It was for the best, but she was heartbroken. One thing she did that is an exceptional idea was talk to him regarding visitation, etc. before the baby was born. She knew whether he wanted to be in their son’s life, at the hospital and whether he was concerned about their son’s well-being early on.

Get those things out in the open when you’re emotionally ready to have that conversation if you can. It will make life easier later on.

12. Don’t Let Yourself Make Any Significant Decisions Regarding Your Baby

If you had a picture-perfect life that has come crashing down around you, the thought of adoption or abortion might pop into your head. However, you don’t want to make a decision that you’ll regret later. It’s understandable to associate your little one with their father in the days following a breakup, but this will pass.

Make sure that you make any future decisions with a level, clear head. Once you do, there’s no going back so it’s important that you don’t make those decisions based on intense pregnancy emotions.

13. Remember That Your Current Situation Is Never Your Final Destination

Can arguing during pregnancy harm the baby?

When you argue, your body releases stress hormones, which can affect the baby. Stress can also affect the baby, increasing the risk of birth defects and developmental disorders. Arguing every so often is fine, but try to keep it to a minimum.

Why do relationships fail during pregnancy?

What should you give up when pregnant?

Raw eggs, alcohol, high mercury fish, smoking, and cleaning the cat’s litter box. Don’t eat deli meat, such as ham. Raw meat is also not allowed. Give up sitting in a sauna or hot tub. Unpasteurized milk should not be consumed while pregnant. Ask your doctor for a complete list of foods to avoid.

How do I deal with an unsupportive partner during pregnancy?

Understand why you might be not getting along. Try to remember that they need support too. Give yourself some extra self-care instead of trying to make them act right. Practice healthy communication to discuss your issues with each other.

Can my baby feel when I’m sad?

If you’re stressed and producing cortisol, your baby will notice that. Your little one will not be negatively affected by the occasional cry, but if you are suffering from depression or find yourself constantly crying, the fetus will notice a change in its environment.

Breaking up in the middle of pregnancy is rough, and that’s putting it mildly. However, you can and will get through this. What advice would you give to a woman in this situation?

You May Also Like
When A Guy Ignores You After An Argument (Do These 5 Things)
9 Comments
Breaking Up During Pregnancy (13 Essential Tips)
No Comments
Does He Really Love The Other Woman? (3 Ways To Tell)
2 Comments