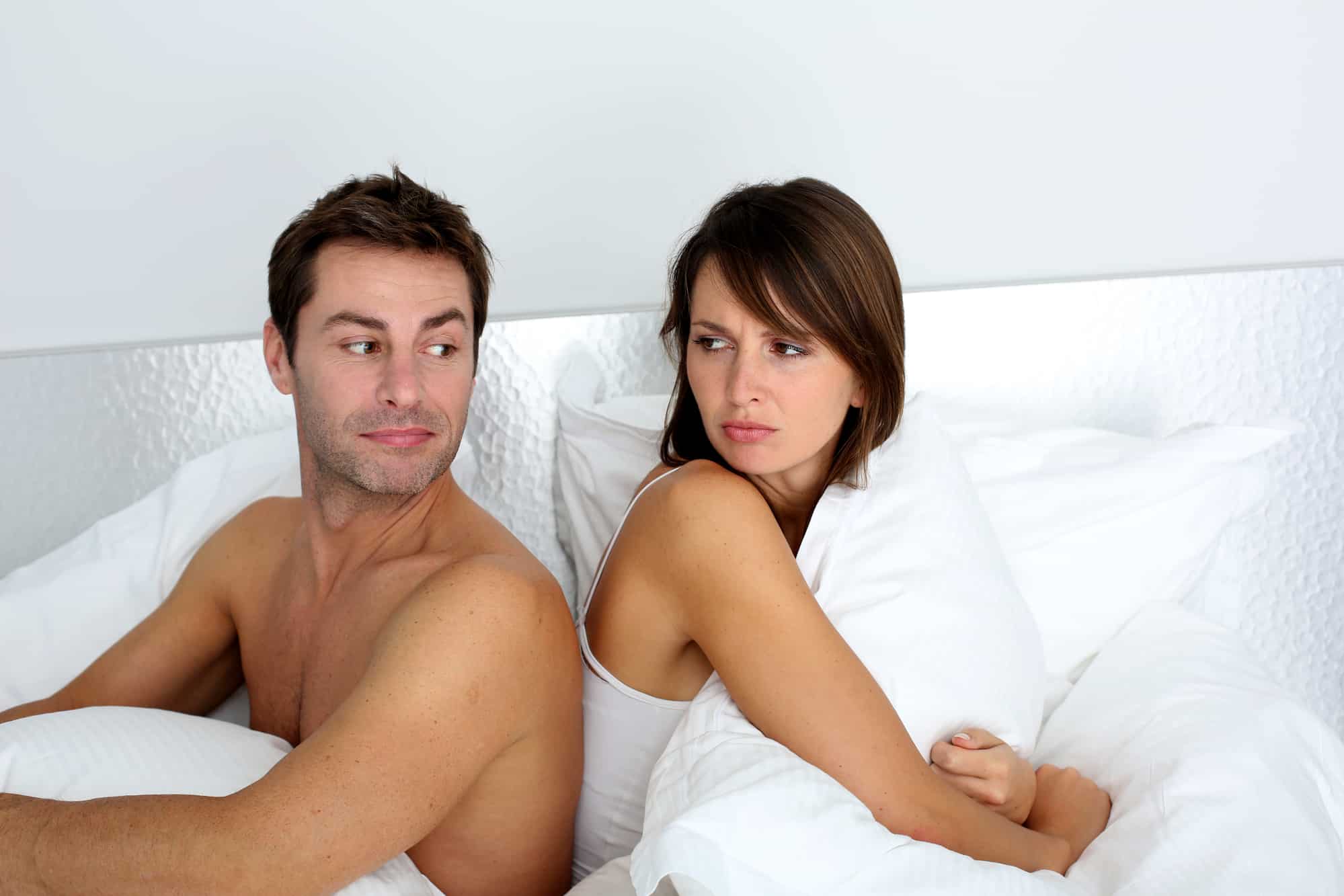 Are you dating or looking to date an Aries man? Well, chances are, you’re wondering how to get your Aries man to open up to you, particularly when this breed of man are known for being the strong and silent type.

Well, fear not, as with our guide, you can help your Aries man bare himself to you on an emotional level, meaning you’ll know exactly where you stand and whether or not your other half is hiding away any secrets. Indeed, with our tips and tricks, you might just find that your Aries man falls more in love with you than you could ever have hoped!

An Aries man can be quite secretive to those that don’t know him; however, this isn’t necessarily something to be worried about. It just means that they don’t like posting about every single aspect of their lives on social media for strangers.

For some daters, though, this lack of social media use can be a red flag, making you worried that your Aries man is trying to keep secrets from you – perhaps even another woman! Because of this, many of us are really tempted to flaunt your relationship across social media in the hope of your man returning the favor. Something which can easily give your Aries man a reason to run away.

Yet, if you really do want an Aries man to be honest with you, a public forum is far from a good idea. Instead work on your relationship in private, chatting and getting to know each other more. You’ll soon find that your man starts opening up to you. Plus, because he’s opening up to you in private, it makes it that much more special. So, forget social media and focus on real life!

That being said, if you find your Aries partner isn’t flaunting your relationship in private – such as sharing your relationship with his friends or his family – then you may have reason to be worried. As, although he might not believe shouting about his relationship status to strangers on the internet, this shouldn’t be the case for people he knows.

He Feels He’s Too ‘Strong’ To Open Up

When it comes to Aries men, that natural need to feel macho and strong makes it difficult for that man to open up with someone new. Which means, if you like everyone to be honest about their feelings in a relationship, you’ll need to work to make sure he still feels strong even at his most vulnerable.

So, how do you keep your Aries man feeling manly while still opening up to you? Well, you need to teach him that having feelings doesn’t make you less manly, it’s just a way to show you care about the people you love. This means, whenever you’re watching television and you see a man opening up about their emotions, you should make sure that you praise that person. Even better, you should tell your Aries man that sharing your feelings is something that you find attractive and empowering.

In time, you will find your partner is telling you about his feelings without you needing to ask. So, whether it’s his feelings about you, stresses about work or worries about family or friends, your Aries man will always feel strong enough to share his feelings with you.

He’s Not Ready to Open Up to You Yet

So, you’ve just started a new relationship with an Aries man that you really like. In fact, you like your new man so much, that you think this could turn into love and even marriage. The problem is, because Aries men are known for keeping their feelings to themselves, you just don’t know if he’son the same page as you.

Because of this, many of us can be tempted to pester our men, asking them over and over again about how they feel. Yet, this is one of the worst things you can do to an Aries man, as when he feels pressured and under scrutiny in a new relationship, he’s more likely to end it and run away.

Instead, you just need to go with the flow. Let him become more comfortable with you over time and you’ll find that he starts opening up. Don’t give him lots of time, though, as if after a few months he’s still not comfortable telling you that he likes you or, worse, he’s not willing to introduce you to his family, then it’s likely that he’s just leading you on. In this situation, you may want to get yourself out of the relationship before you get too hurt.

Interestingly, although Aries men themselves find it difficult to share their own feelings, they will expect you to be the opposite. Indeed, he’ll want you to be totally honest in your commitment and how you feel, as Aries men want to feel secure that you are interested in him and only him. Without that reassurance, your man is just as likely to end your partnership!

He Needs Time to Get to Know You 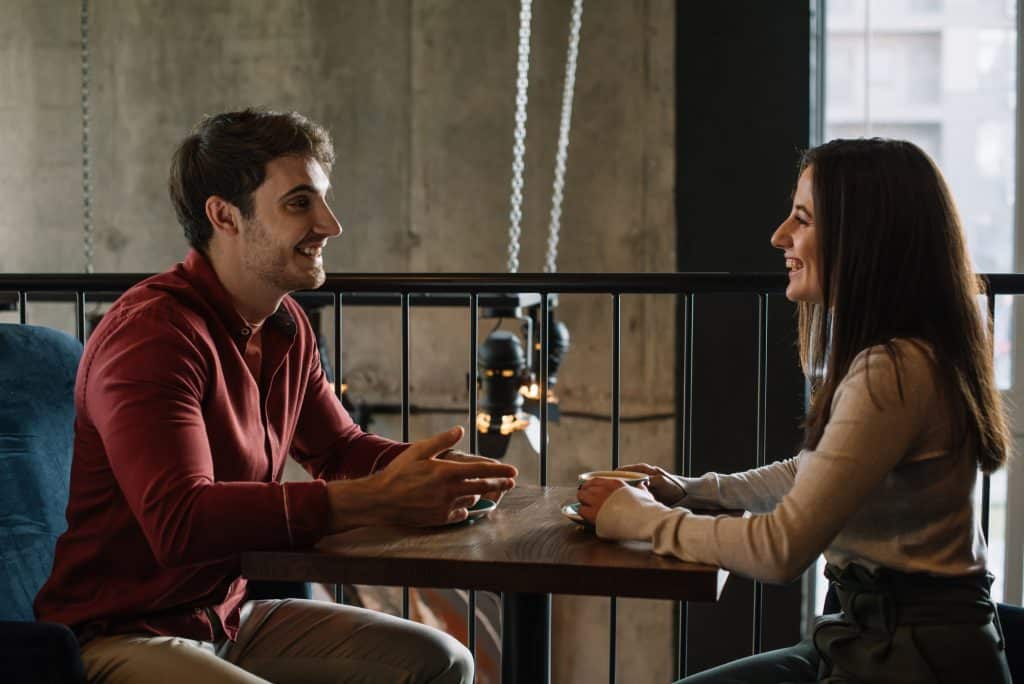 An Aries man in love is a wonderful thing – especially when he chooses to fall in love with you. However, for most Aries men, falling in love isn’t something that’s going to happen overnight, with these men needing a lot of time to get to know their new partner intimately.

Unfortunately for you, during the time it takes them to get to know that new person in their life, these Aries men are going to be reluctant to tell others about your existence. Now, not to worry, that doesn’t mean that he’s embarrassed by you, or that your Aries relationship is doomed. It just means that he’s cautious about sharing you with those closest to him in case the relationship doesn’t work out.

You see, the thing about Aries men is that they can be secretive when it comes to their feelings. Yet this isn’t because they’re afraid of commitment or that they’re hiding something. No, Aries men just don’t think the world should know every little detail about their lives until you’re a permanent part of your Aries man’s life.

How Can You Know if He’s Seeing Other Women?

For Aries men, most of them will want to keep their options open until they find that special someone who they want to commit to and share their feelings with. Which means, if you are dating an Aries man and he’s not made it official yet, there’s a good chance that he’s dating others at the same time as you.

Now, lucky for you, Aries men might keep themselves to themselves but they’re also not ones for openly lying. So, if you’d like to know about anyone else your Aries man is dating, simply ask. You might find that he tells you up front that he’s only dating you or, if he’s a little reluctant to answer, you can presume there are others.

If you’re looking to become his girlfriend, though, try and play it cool. As, by taking the time and letting him get to know your wonderful personality, you might just find that Aries man opening up to you far quicker than you might have expected.

When your Aries man is being secretive or not acting exactly as you’d like, it’s understandable that you might think he’s trying to keep something from you. Which is why many a woman has looked through an email address or a mobile phone looking for secrets.

The thing is, most of us have the odd skeleton in our closet – it’s totally normal! It’s just harder for Aries men to share this past baggage with someone new in their lives. After all, these Aries men like to keep their privacy intact, so sharing secrets with a new girlfriend can be incredibly daunting.

That doesn’t mean that you’ll always be kept in the dark, though, it just means that you need to take your time and really work at your partnership first. Over a few months, as he becomes more comfortable with you and thinks of you as a permanent aspect of your life, you’ll soon see that your Aries man is telling you everything about his past. He just needed to feel confident with you first. 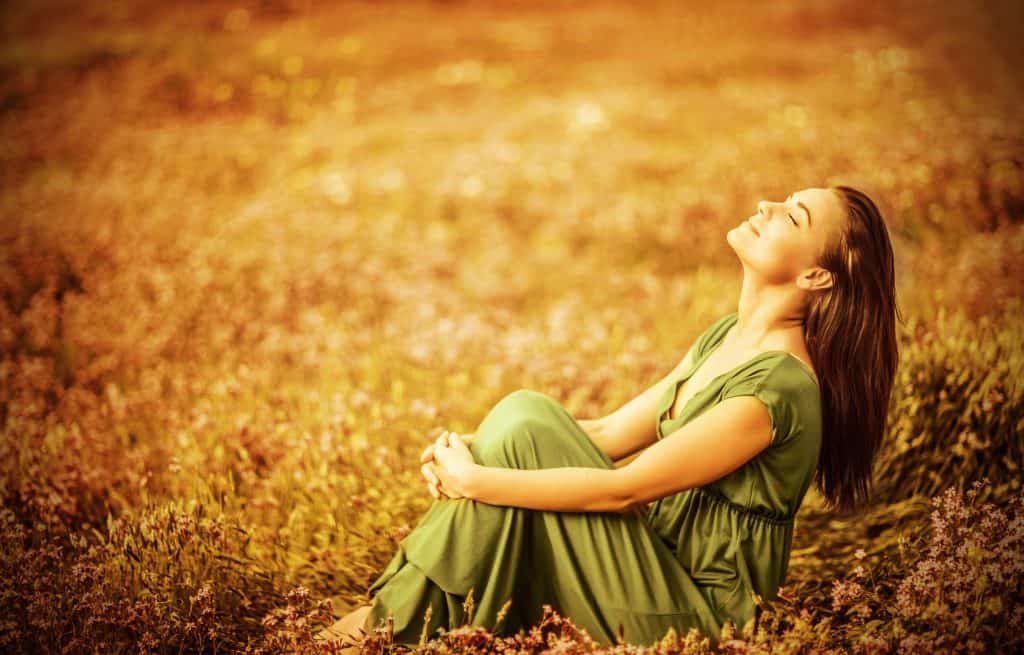 It might feel difficult to get your Aries man to be totally honest with you in your relationship, however, these men are more than worth the wait. As, by choosing not to hound your man with your questions and feelings, he won’t feel pressured and more likely to run.

Instead, give him time and let him get to know you at his own pace. As, remember, those first few months might feel rough but, once your Aries man has committed himself to you, you will feel like you’re at the center of his universe. Which means, he’ll want to introduce you to all his friends and family too.

Have you tried any of our tips on your Aries man? Let us know in the comments below and, if it worked for you, make sure you share it with your friends too!

You May Also Like
When A Sagittarius Man Is Not Interested (7 Not-So-Obvious Signs)
3 Comments
Understanding A Libra Man (27 Helpful Tips)
No Comments
What Does A Pisces Man Want In A Woman? (These 10 Things)
No Comments