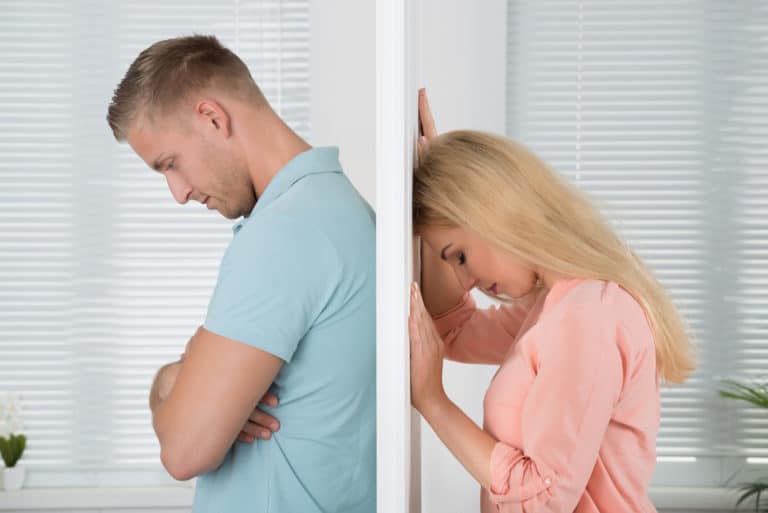 I remember having this conversation with a friend who is presently in her third marriage, I asked her why second marriages fail. Her initial response was “because the third time is the charm”, we laughed for a long time after she said that because it was extremely funny to us for some reason.

We kept quiet for a short while and she told me something that stuck with me. She said: “I know you think I have the perfect response for this situation because I am in a new marriage, with a new partner, trying love out yet another time.

But I think my second marriage failed because I was trying too hard not to make the same mistakes I made in the first marriage. In the end, it became more of a job than a marriage”.

Correct me if I am wrong, but most marriages work out or last longer than others because they have children. Children are the reasons why so many families are together today. Couples work harder to settle differences or stay in marriages just for their children. However, this might not the case in second marriages.

Giving birth to more children might not be part of the package most times, especially if you both have enough children from previous relationships. Couples won’t be so willing to try to make things work because they don’t have to worry about ‘the children factor’ this time around. There is no binding force. Hence, more prone to failure.

No child wants a divorce. More so, they don’t want a new daddy. One daddy is perfectly alright. In fact, if there is a new daddy around, the new daddy equals the new enemy. Don’t forget that your new husband also has children from the previous relationship.

Children always hope for a miracle and going into a new relationship destroys their wishes for happily ever after. Children can be very ruthless and this is usually a major reason why second marriages fail.

Unless you have been widowed, you have two exes to deal with. The first is your ex, the one you probably did not amicably divorce. As in, the one you cannot get rid of for the sake of your beautiful children.

Then there is your husband's manipulative ex that is probably not comfortable with him moving on—whom you have to cooperate with because you love your husband and will like to impress his kids. Maneuvering these relationships might put more strain and complicate the marriage.

Each of the characters will feel left out if you don’t involve them in the lives of their respective grandchildren. You have to keep these relationships with these families while still trying to make your present relationship work. This in itself is enough pressure to make anyone quit.

This could be a major deal-breaker. Even if you are dealing with an insecure partner and even with the most secure partners, comparisons and issues might arise.

Your husband's ex physique or social prowess can get you really insecure and you might try to overcompensate. This can put unwarranted stress on yourself instead of letting everything take its natural course.

As much as people will hate to admit it, money is one of the reasons why the second time is not the charm. Coming from a previous divorce can be financially stressful because of the legal bills. And this might make your man financially crippled. Money makes men feel better. When your husband has money, he feels better, and then he can treat you right.

Love is sweet but you will agree that it is sweeter when there is a lot of money. Don’t even get me started on extra fees like child support and spousal maintenance payments. Money is important to women in a relationship because we prefer financially secured men.

Some people get married again not because they are head over heels in love with their new partners or because they’ve finally found their soulmate. They get married to fill a particular void.

Divorce leaves a void called loneliness. This feeling is so desperate that any attention from any man that speaks at the right time can push the both of them down the aisle, and boom! Second marriage.

8. Failure to work through grief

After divorce, some people go into new relationships within a period of time almost as fast and short as the previous marriages without sorting out their emotions.

They carry this emotional baggage to the new marriage without sorting out their emotions with a professional, hopping from one marriage to another marriage, like a child in a candy store. If you want this second marriage to work, then it’s time to let go of the emotional baggage and failure the previous marriage brought.

Why are you getting married again? What are your reasons for going into another marriage after you got a divorce in the last one? Is it because your ex is moving on, and you want to get him back? If this is the basis for your marriage, it is the wrong reason. Failure is bound to occur.

10. From frying pan to fire

When the marriage ends, we tend to blame our ex for all the reasons we can think of. We also fail to admit that although we might not be toxic, we might have been responsible for the failure too.

We then explore again with another partner, go into a relationship and even get married with the same dynamics as our ex. We then put the second marriage in the same peril as the first.

Another reason why second marriages fail is that we put it on a high pedestal and accept that it should be easy and perfect simply because we have done it before. We set such high and unrealistic standards that we put so much pressure on the relationship and it begins to either just like the first one or even worse.

Now, I am not saying to not learn from past mistakes. Don’t just believe you have the answer to all the problems and forget that marriage is a partnership.

I think that second marriages fail because people are no longer afraid of divorce. In the past, it was almost taboo for a woman to divorce her husband, divorce was unheard of. But now, although expensive, has been normalized.

And because you have gotten a divorce in the past, the fear to start all over again in case this does not work is no longer there. Because you have background knowledge on what steps to take and who to turn to for support when issues are no longer irreconcilable.

13. Experience is the best teacher

Second marriages fail more because women are now more experienced. They have been exposed to a toxic relationship, and if not toxic, they know the tell-tale signs of what no longer severe them. They know better than to make the same mistakes twice. So, instead of them hanging on to a little string of hope, they will no longer be strung along.

Those who have steered through a divorce in the past are a better judge at spotting the signs of a toxic marriage and are better at smelling issues from a thousand miles. Second marriages failing might not be a total failure after all.

How long do second marriages last on average?

What is the #1 cause of divorce?

The number one cause of divorce is recurrent infidelity. Marriages end in divorce more because of infidelity. Infidelity is a deal-breaker for most people, and there is no going back from it for them.

Are second marriages happier than first?

Studies have shown that second marriages are happier than the first. This is probably because they have learned from their past mistakes. However, there is an increased rate of getting a divorce after the second marriage. This is because couples no longer have to remain in relationships that no longer serve them seeing that they have gotten a divorce before and can always get one again.

What is the hardest year of marriage?

The hardest year of marriage is the first year. It is the hardest because even if you cohabited before marriage, every argument is now more intense with the realization that this could be the rest of your life.

I hope you enjoyed this article as much as I enjoyed writing it. Remember to not rush into a new relationship just because you are lonely, loneliness is never a good enough reason.

I hope you enjoyed reading this article as much as I enjoyed writing it, let me know what you think in the comments, and don’t forget to kindly share this article if you liked it.

You May Also Like
Husband Works Too Much: What Should I Do?
No Comments
How to Deal with Signs that Your Husband Hurts Your Feelings and Doesn't Care
30 Comments
My Husband Hates Our Dog (7 Stress-Free Ways To Manage The Situation)
No Comments