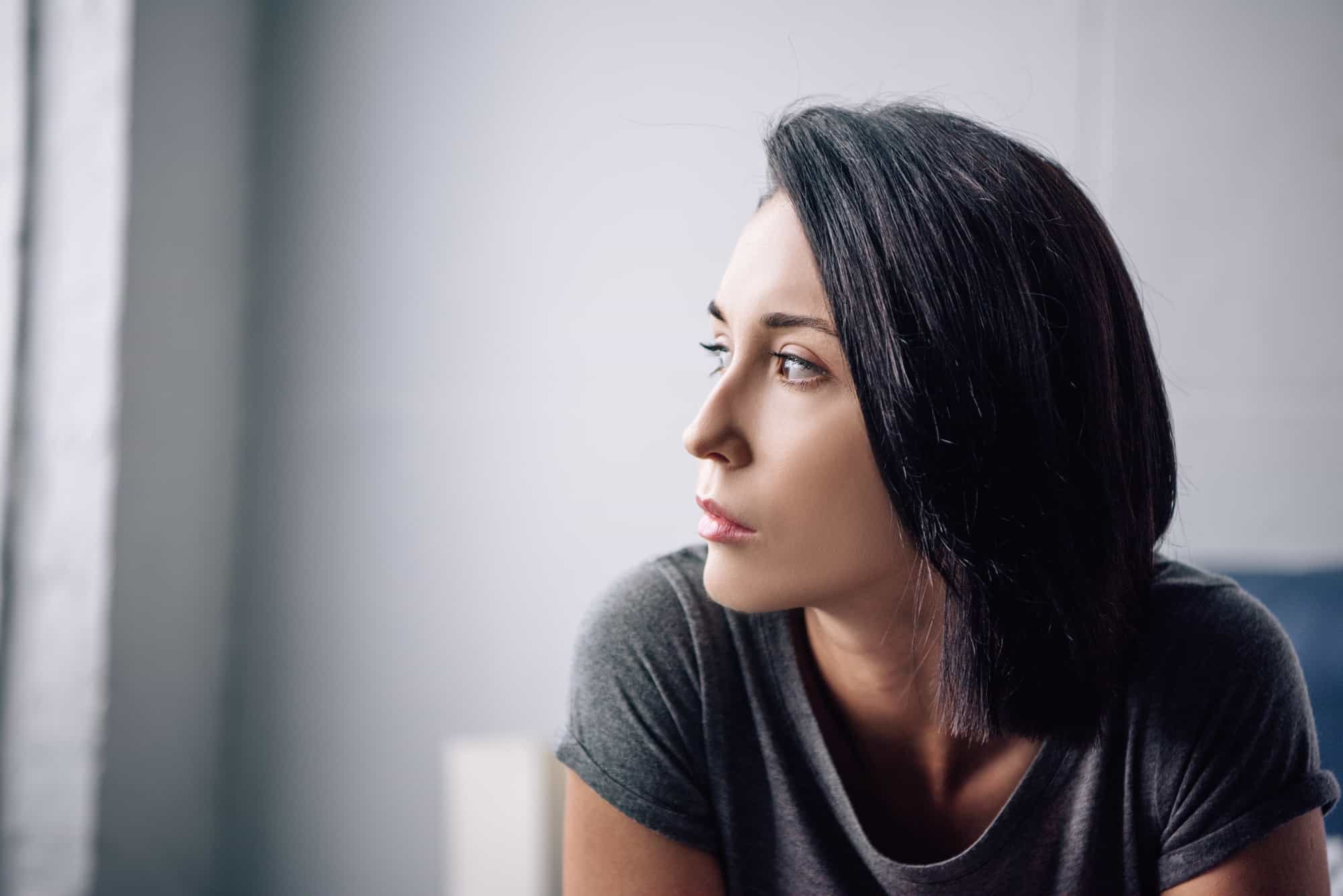 Should I Spit Or Swallow (The Honest Truth)

Are you wondering whether to spit or swallow your man’s semen after oral sex?

Perhaps you’re wondering if it’s healthy to swallow semen - or how your man is likely to feel if you don’t?

If so, you’re in the right place. This guide features everything you need to know about swallowing semen.

However, before we get into that, it’s important that you read the following sentences very carefully.

Recently, I discovered a powerful aspect of male psychology which has a huge impact on how men feel towards their romantic partners.

This can be the difference between him seeing you as ‘a bit of fun’ or a woman worth truly investing in.

It’s called the ‘Hero Instinct’. Once I learned how to activate this psychological trigger, it was common that men would begin to OBSESS over me very quickly (read my personal story to learn more).

This trigger releases intense feelings of power, purpose and meaning inside a man. Once you can make him feel this way, he’ll naturally be drawn closer to you.

So, if you’re looking to make a powerful impression on the special man in your life, I’d highly recommend you learn how I discovered the power of the ‘Hero’s Instinct’.

Still, the guide below will teach you all you need to know about what to do with his semen.

Whether you’re in a serious relationship or just having some casual fun, if you’re in the bedroom then it’s likely that oral sex is on the menu. Which is something both parties can immensely enjoy. The only problem is, for women and the idea of blow jobs, should you spit or swallow after the big finale?

Well, not to worry, as we have everything that you need to know about swallowing semen and what it could mean for your body.

Firstly, What Is Semen?

Before you decide whether you want to spit or swallow semen, it’s important to know what it is. As, for one, many women are put off the idea as they are imaging that it’s entirely made up of those squirming little tadpoles we see under a microscope.

In reality, though, those sperm only make up around 1-5% of all the semen you will encounter. The rest is made up of seminal plasma, which is around 80% water.

Is It Safe To Swallow Semen?

Semen should be entirely safe to ingest, the only real danger comes from people being allergic to semen, which although rare can happen. You should also be sure that your partner is carrying no STDs, as if you aren’t using a condom, oral sex can put you in danger of contracting some sexually transmitted disease.

Otherwise, though, there are no real dangers in swallowing semen. It really is just your preference for whether you want to spit or not.

Does Semen Have A Lot Of Calories?

As well as being made up of sperm and water, the semen will also contain a number of other components. These include zinc, calcium, lactic acid, magnesium and other vitamins and minerals, which can make women think that semen has a lot of calories and they should, therefore, spit it out to avoid.

However, on average, a guy will produce around one teaspoon of semen during an orgasm and this will only amount to around 5 to 7 calories. So, if you do swallow, your body will hardly even register the difference in these calories to your overall intake.

One of the biggest decisions spit or swallow comes from the taste, after all you’re not going to want to swallow something that you really don’t like. Well, unfortunately, there is no universal taste for sperm, as it depends both on the guy you are with and on your own taste buds, with most reporting the taste of sperm being either bitter and salty or sickly sweet.

The overall taste can be affected by eating certain foods, so if you’re struggling to swallow, you can ask you man to try some of the following to make it taste better:

Similarly, there are some substances that can make sperm taste more bitter. These include:

If you really don't like the taste of ejaculate, then your choice to spit or swallow becomes important. For some, spitting is more palatable, while others think quickly swallowing makes it easier. Just remember, you don't need to do either if you don't feel like it. Just tell your guy that you will happily perform a blow job, but he should not ejaculate into your mouth.

For many of us who are unsure whether they want to swallow or spit, a lot of that doubt comes from how that semen smells. Especially when a lot of us can dislike the kind of chemical or bleach smell it can give off. This household cleaner smell comes from the fact the semen is largely alkaline – so that it can survive the acidic conditions of the vagina.

If ejaculate is smelling particularly off, though, this could be the sign of diet, hygiene or health in men and you may need to suggest your man makes a few changes if he wants you to swallow.

Are There Any Health Benefits To Swallowing? 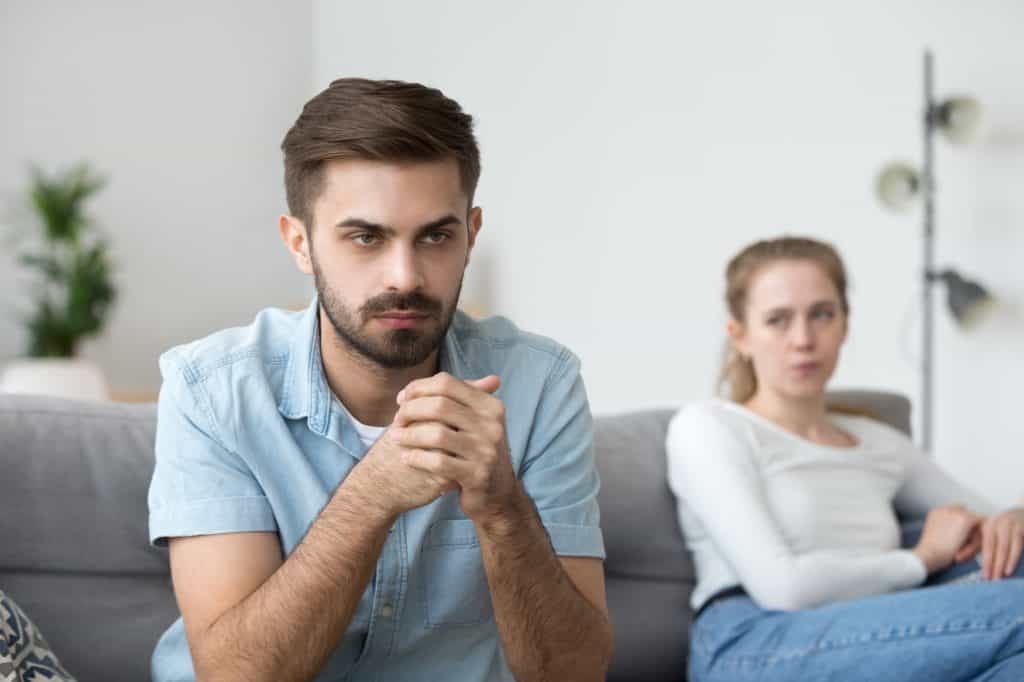 Some people believe that swallowing can be a sort of natural anti-depressant, which was backed up by a 2002 study by the State University of New York. Here it was found that when 293 college women were regularly exposed to semen (without condoms) it was found that they were generally in a better mood.

However, you shouldn’t decide to swallow based on this alone, as it could easily be that these women were feeling in a better mood as they were having regular sex. So, if you’re feeling blue, sex can help but choosing spitting or to swallow is entirely up to you.

The same idea goes for stress relief. Although it is thought that sperm contains vitamin C and other antioxidants – which can reduce stress – again this could be down to just having regular sex with your partner.

One strange benefit of swallowing, though, is that ejaculate contains a natural substance called melatonin that can help regulate your sleep cycles. So, if you suffer from insomnia or other sleeping issues, this could well be the medicine that you needed. Just like popping something like a pill in your mouth!

Why Do Men Not Like It When You Spit?

One of the big issues couples encounter when it comes to whether or not to spit, is the fact that many men can very upset when someone chooses to spit after enjoying mouth sex. Here the problem is that many men take it as a sign of rejection and that is must mean that you find him totally disgusting.

However, this is far from the case, as spitting isn’t anything to do with then men that we’re with. Rather it should be seen as a personal preference as to what you prefer. As, some people simply do not like the idea of sperm going all they through their digestive system, but they are still happy for a man to orgasm inside their mouth.

If your man is feeling insecure, simply sit him down and tell him your reasons. Let him know that you adore having sex with them, however, this is just a personal preference. After all, we all have different likes and dislikes and he might have some things that he doesn’t want to do with you.

Should You Spit Or Swallow – The Honest Truth!

Now you’ve heard all the facts and you know it’s generally very safe to swallow – what should you choose to do? Well, first of all, you need to sit down and discuss sexually transmitted diseases, which is something you should be doing with anyone you plan to have sex with without a condom.

To be safe, you should both get things checked out at a health clinic, as the last thing you want is to contract an STD. Once you know everything is safe, your choice is completely up to you. It really is all about preference and what you and your partner would like. Always remember, though, even if your partner wants you to, you should never be forced to swallow if you don’t want to and spitting is always an option for you. It’s your body and your choice, so do what makes you feel better!

One comment on “Should I Spit Or Swallow (The Honest Truth)”

You May Also Like
Wife Sharing: Why Does My Husband Want To Share Me? (The Honest Truth)
30 Comments
Outercourse (11 Important Things To Know)
1 Comment
21 Couples Sleeping Position Meaning
No Comments