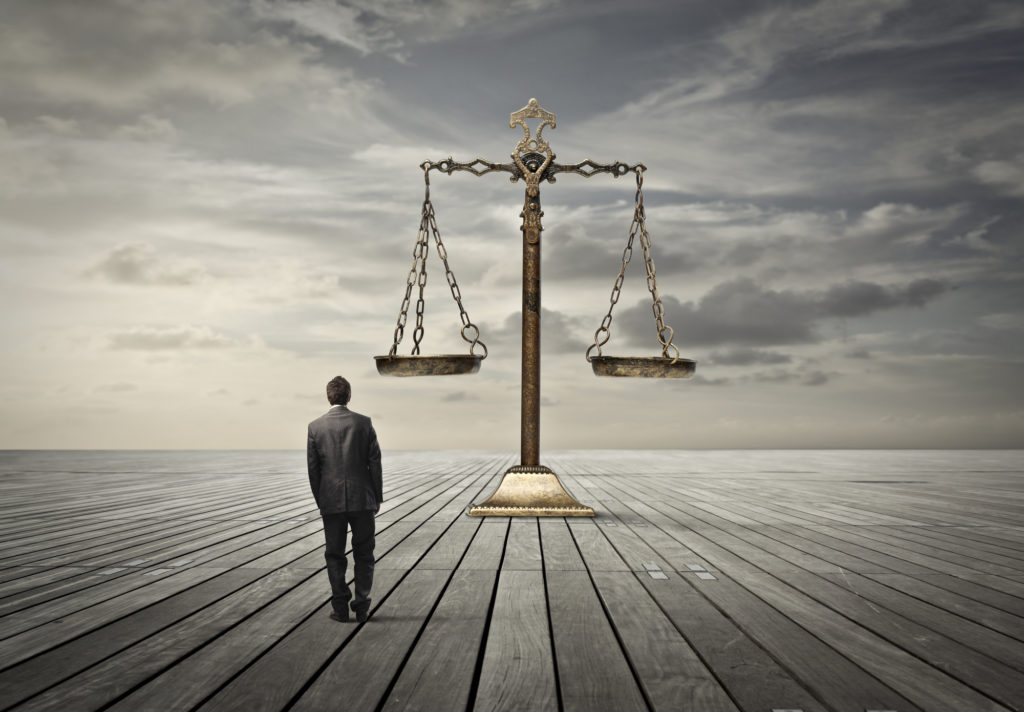 Our rising sign, or ascendant sign, very much tells us how we are perceived by other people and it is based entirely on how we generally present ourselves; or what the world sees anyway.

Libra ascendant personality traits are typically those that reflect a grounded, extroverted character; someone who has their s*it together and basically someone who most of us would aspire to be like.

Your rising sign, or ascendant sign is literally the sign that was rising over the eastern horizon when you were born. There’s a lot we can learn from our zodiac chart, or, in turn, a partner’s zodiac chart.

There are several apps and websites that help us to find this information, one that I like in particular is Co-Star. All you need to do is find out the city he was born in, his birth date and at what time he was born, then you can learn a lot more than simply what you can gauge from his zodiac sign.

15 Traits of a Libra Rising Man

People love a libra rising man, and it can be very difficult to not fall for their charm. They’re the ideal partner; attractive, grounded, fair, charming. So, what’s to love about a Libra ascendant man?

He wants to have a conversation based on intellectual interests on a date, but not in an obnoxious kind of way, rather, in an interesting kind of way.

He’s not trying to show off, he’s simply fascinated by what he’s learned.

He’s like Gretchen Wieners, (s)he knows everything about everyone. Because of his respectful characteristics, and his general interest in gaining knowledge, people find it easy to open up to a Libra rising sign.

A Libra ascendant is always polite and respectful. They will impress in any social event. They naturally stand out from the crowd, because almost everyone there is in awe of their charm.

I’ve always struggled to understand how a zodiac sign can tell us about a person’s appearance, but with Libra risings, they’re not wrong.

Maybe it’s because of the attractiveness of a Libra rising personality that we’re more inclined to find them physically attractive, I don’t know.

All I do know is that if you’re dating a Libra ascendant man, well done you, because he’s probably a looker.

They want to love and be loved to the fullest. Libra is ruled by the planet Venus. Venus, as we all know, is the goddess of love.

However, they also have a tendency to be flirtatious. If you find yourself dating a libra rising, consider that they attract people easily, and it might not be love as you may assume.

As they’re such strong believers in love, it can take a while for them to form a genuine connection, this is a perfect example of when it would be a good time to take a look at their moon sign to gauge a better understanding of their feelings and emotions.

As we know, Libra risings love love, and they can be incredibly affectionate in a relationship. PDA (public display of affection) isn’t something that scares them. If you’ve found a Libra rising man in love, he wants to show the world.

A Libra rising personality is naturally very sweet and gentle, which is one of the many reasons why people gravitate towards them.

They have a sweet and soft smile, making you feel as though you can trust them, which, of course, you can.

The symbol for the zodiac sign Libra is a set of scales, because a Libra is known for their balance.

They’re grounded, fair-minded and see both sides to every story.

They have an internal balance and are generally at peace with themselves, but also desire balance for the rest of the world. They make great and interesting friends and partners because they want to bring out the best in people.

Even though Libra rising people are generally charming, and basically the best kind of people, they can sometimes come across as passive-aggressive.

They don’t mean it in a negative way, it’s simply because of their need to strive for balance and order. They struggle to tolerate those who want to disrupt the system and have a strong sense of justice.

They win gracefully and they lose gracefully, they’re just happy to be involved.

Again going back to their obsession for balance, they are completely grounded and enjoy peace and tranquility. They’re super calm, meaning that when you first meet them you get a great first impression.

They’re gentle lovers, and have a gentle approach to life. They carry their softness with them everywhere they go.

Structure and organization is important to a Libra rising man. They usually have pretty busy lives, as they tend to have many friends and many strong relationships, but they definitely like to stick to a schedule.

If you want to go out with a Libra rising, expect to have planned date nights, and if you get lucky after the date (wink wink), expect to walk into a beautifully clean and organized home.

The beauty of a Libra rising man is that he can make something boring feel like a good time. He’s likely to bring out some sort of joy in every situation, meaning that you’re probably going to have fun if you’re going out with a libra rising.

Due to the intelligence of a Libra rising, they tend to gather a lot of balanced knowledge when learning about a subject, like politics or religion, for example.

Meaning that it’s easy for them to form their own opinion based on the information that they have gathered, rather than forming the opinion of the many. They’re certainly not known for being followers, if anything they’re natural leaders.

Many leaders throughout history have had an ascendant in Libra, such as Gandhi, Nelson Mandela, and Margaret Thatcher.

When trying to understand a man based on his zodiac chart, it’s always helpful to take a look at celebrities of the same sign.

How could he not be, he’s generous (in my opinion), treats people with kindness (hehe) and shows the utmost respect to everybody that he meets.

Known as an iconic performer and an iconic personality, Idris Elba has become insanely popular over the years, and again is incredibly attractive.

I’m going to stop commenting on these men’s looks because they’re all sexy to me.

However, we might have found our exception to the rule. Jared Leto, although known for being charitable, isn't exactly known for being a nice guy and can sometimes come across as pretentious. With that being said, he’s been incredibly successful in his career and is a highly esteemed actor.

Another ex One Direction member (apologies if that’s still hard for some people to hear), Niall Horan is known for his kindness. His iconic cheesy smile, his well-mannered demeanor and his slightly introverted characteristics are what has made him so popular.

He’s a great example to look at the contrast between his moon and his rising sign. As we know by now, to be a Libra rising means that you’re incredibly likable, charming and confident, all of which can be said for Niall Horan.

But, his moon sign is in Cancer. Remember, your moon sign tells us what’s going on below the surface and says more about our internalized feelings and emotions.

To have a moon in Cancer means that you’re nurturing and loyal, meaning that behind Nialls cheesy grin, he feels strongly about caring for his loved ones; Cancers can also be pretty complicated.

Harrison Ford values his freedom, and can be pretty introverted. He’s had an incredibly successful career and has even been known for being a womanizer from time to time.

I mean… I did say that Libra risings are in it for a good time.

Talk about intelligence, the man literally formed the theory of gravity and invented calculus.

Who is Libra rising compatible with?

The best compatibility to a Libra rising is Aries, Gemini and Aquarius.

Aries are a very passionate sign, and are also known for being intelligent. An Aries and a Libra rising could get on really well, but have the potential to clash when experiencing a difference in opinion.

Gemini and Libra are both similar emotionally. As they’re both air signs, they find it easy to get along and will certainly never run out of topics for a conversation.

Aquarius and Libra develop a great connection together, after some time, that is. They’re both trustworthy and kind-hearted people, but they have different opinions on the matter of love.

What does a Libra rising man need?

A libra rising man needs someone who’s going to match his energy, and someone who compliments him in every way. Typically, Libra rising men are attracted to physically attractive people, perhaps this is because of their need for balance.

If you enjoy romance in the bedroom, then a Libra rising man is your guy. He’s incredibly affectionate, and wants to take the time to enjoy pleasure in the bedroom, meaning that foreplay is a big factor in your sex life.

I think it’s fair to say that you can expect to be taken care of in the bedroom.

So, I think it’s safe to say that if you’re dating a guy with an ascendant in Libra you’ve probably got a pretty good guy on your hands, but it’s crucial to make sure that you’re not completely drawn in by his charming nature.

The hardest thing to overcome when dating a Libra rising is to come to terms with the fact that he shows kindness to everybody, and that although you might think you’ve developed a strong connection, he might not be there yet; he takes his relationships very seriously.

We can learn a lot about a man from his rising sign, however, if you’re struggling to understand the guy you’re dating, it’s always a good idea to look at their rising sign and their moon sign.

The best way to understand him from his astrological chart is to get an idea of the mask they put on (their rising sign) in comparison to what’s going on underneath the surface; that we can find from their moon sign.

If you’ve dated a guy with an ascendant in Libra, please feel free to comment any advice to women in the same boat. And as always, share with a friend in need. 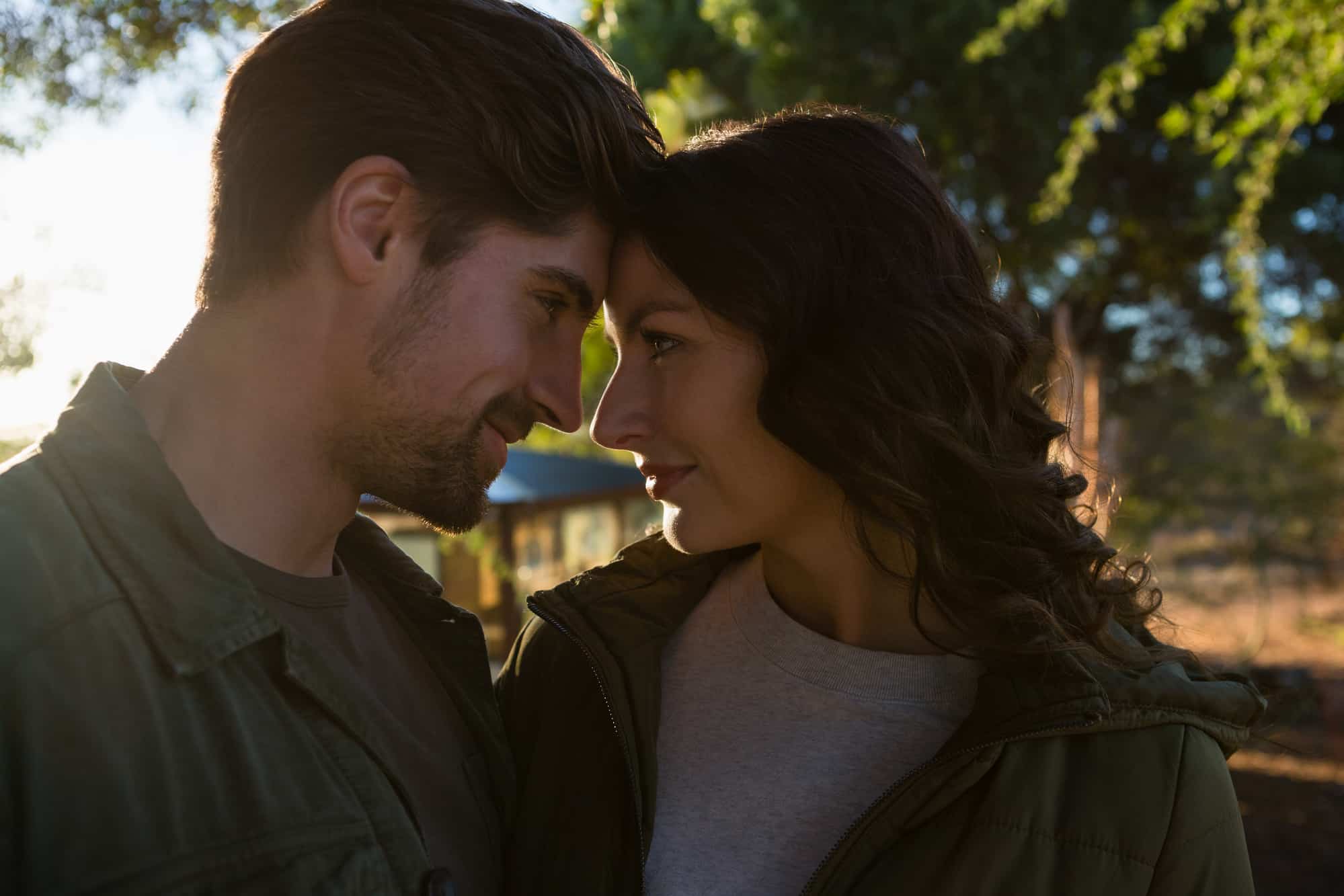 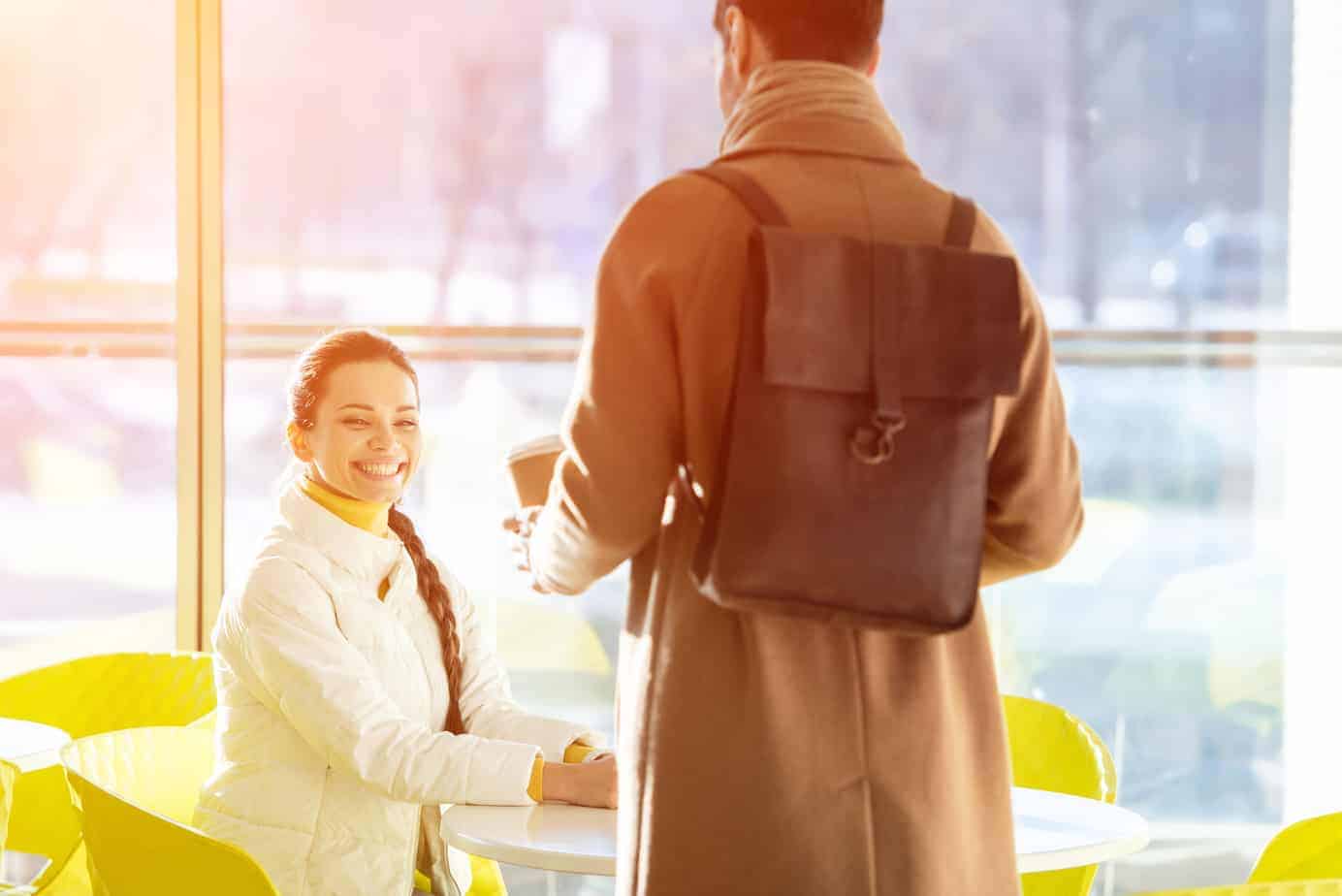 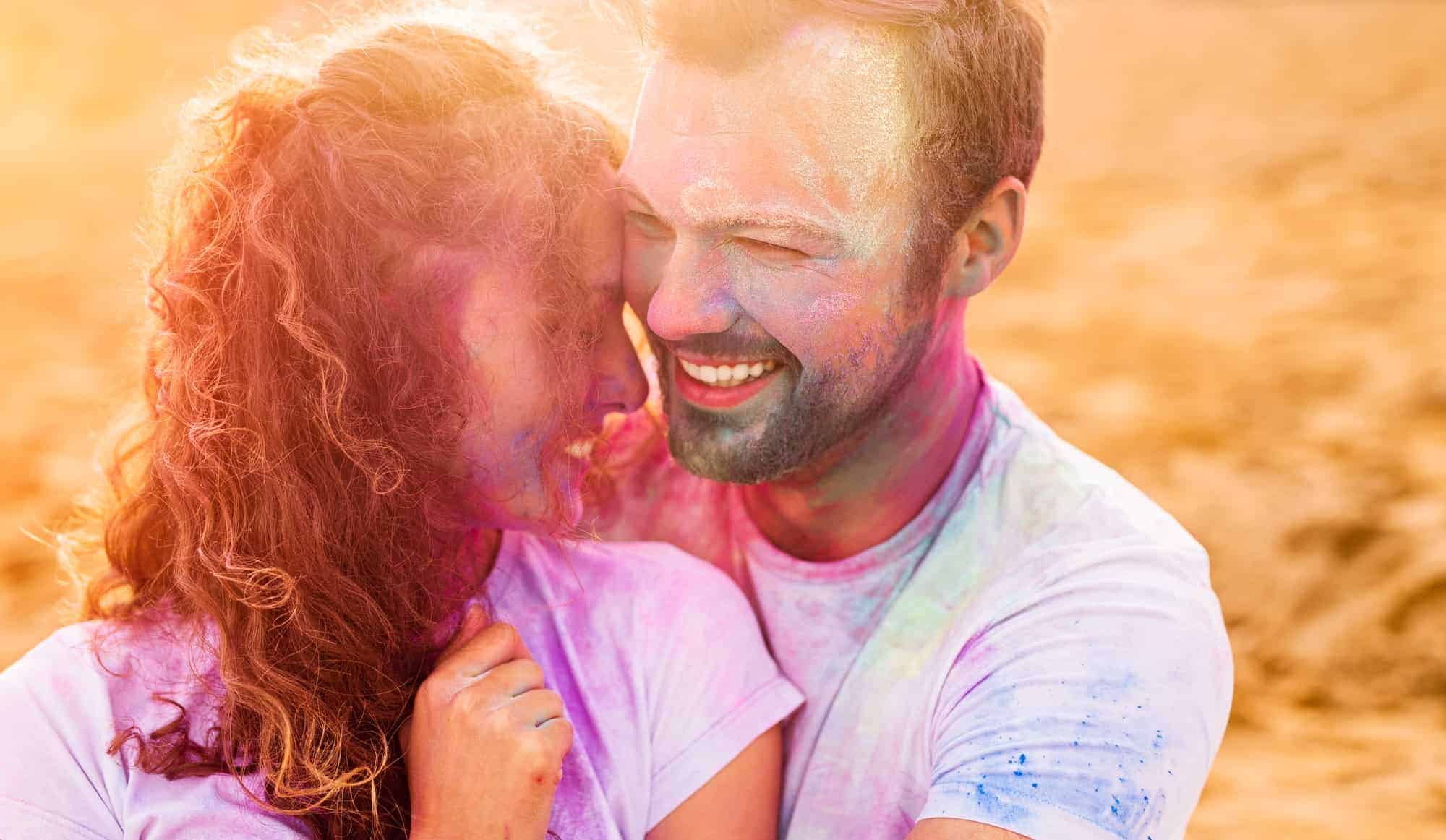 Libra Best Match (5 Star Signs Libra Is Most Compatible With)